Double-boxed delivery with corner spacers and foam cradles was rather more compact than usual for speakers. What unpeeled from the packaging was thus even smaller. Particularly the N°56 was unexpectedly shallow, exceeding a CD jewel case by just a fat finger. This could be the perfect desktopper when passive is allowed. The N°68 adds two fat fingers and goes taller and a bit wider. 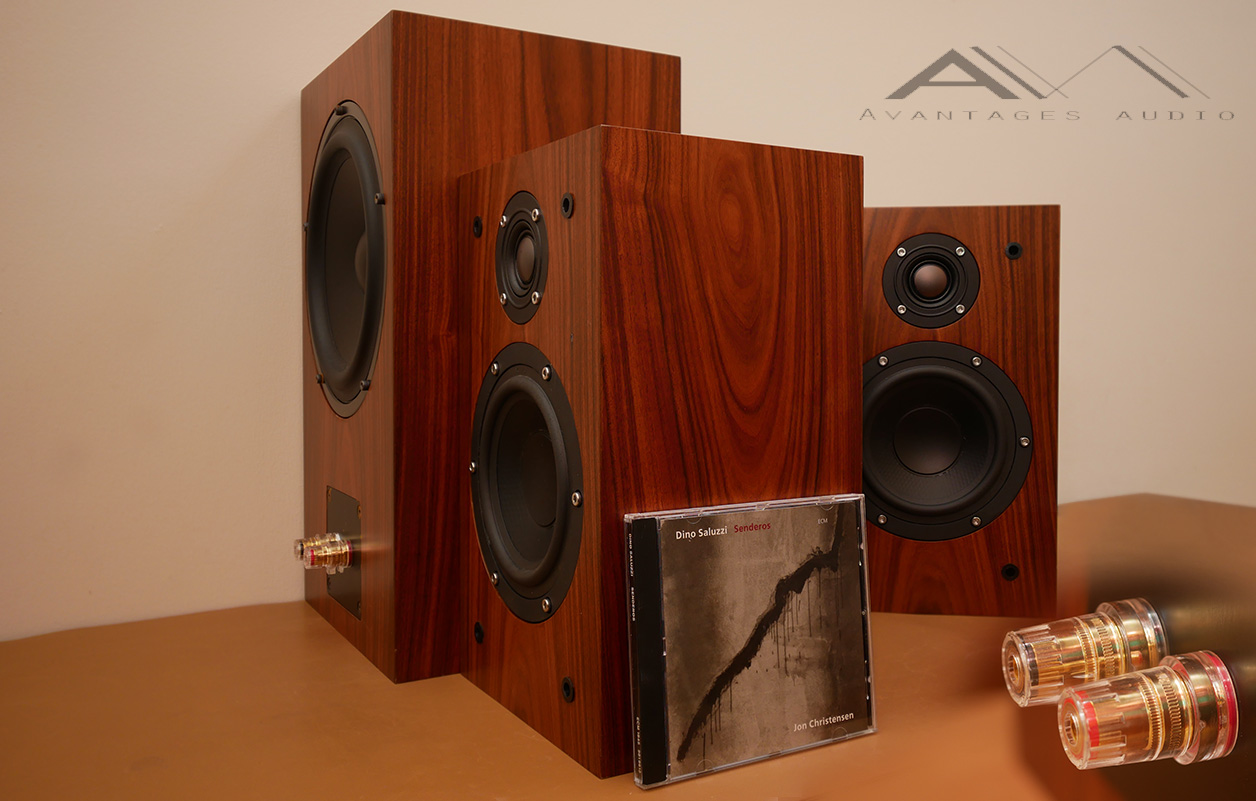 Though an Avantages Audio logo exists, these monitors don't use it. They're entirely unblemished by branding. Only the silver bolt heads play visual accents which disappear with the black cloth grills on. I left them off. Hoping for diamantine sparkle beneath the Amphion-style perforated tweeter hoods would be misplaced. That's not what a micro layer of vapor-deposited diamond dust looks like. It's rather one of 50 non-descriptive shades of gray. 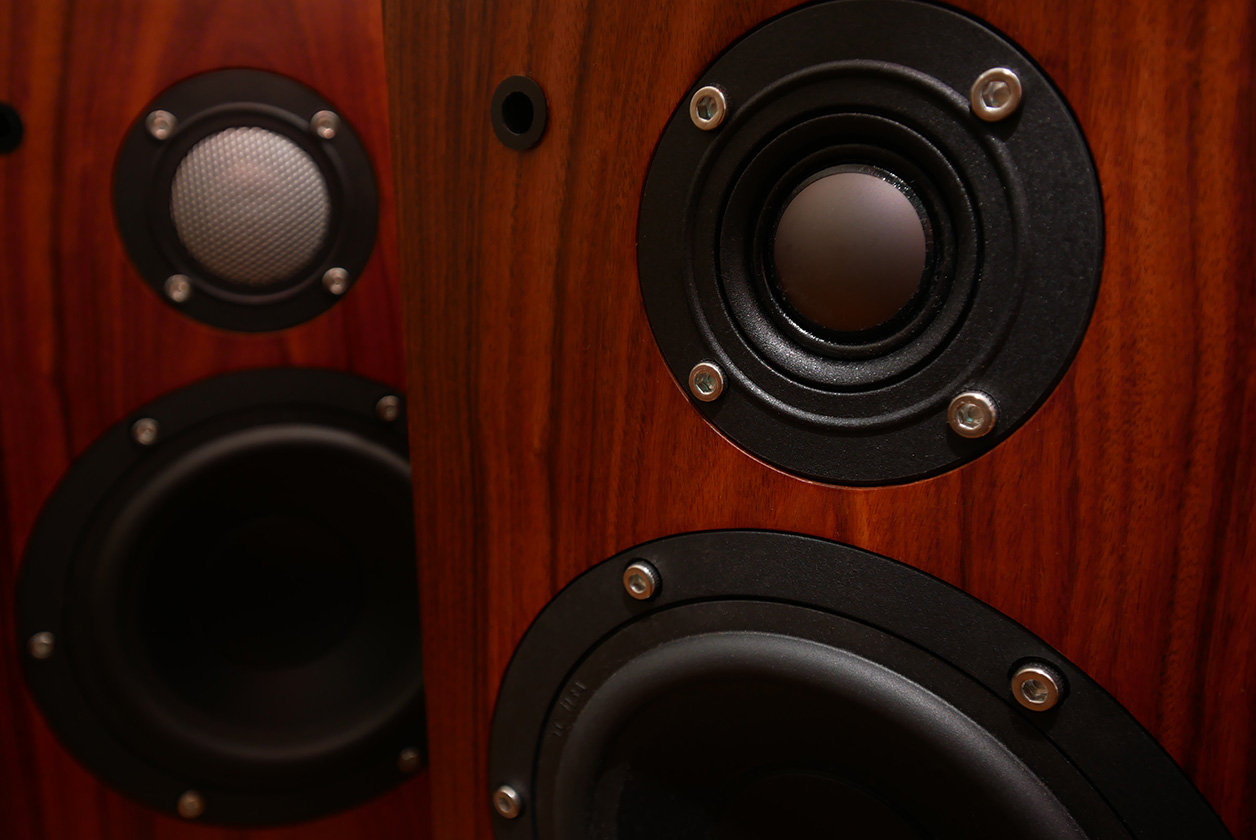 Likewise for the binding posts which eschew the flash of Furutech/WBT branding to go nameless. The real-wood veneers matched book-end style were of very fine quality as befits this price class. Then it was 'a-okay' for checking off the visual inspection card and into the upstairs listening den for the main card of acoustic engagement.

"The big-bottomed woman and her flat-footed fancy man." Not. Descriptions and expectations for the rear-aiming passive radiators might have begun to play just that Blues tune in your attic. But with our self-conscious Frenchies, you'd have to change mental FM station. Except for unusual reach particularly for the N°68—and the N°56 relative to their shoe-box size—their bass wasn't spectacular in that show-off fashion whereby Mark + Daniel's forced alignments have mid/woofers of extreme Xmax fire through narrow ports for very visible cone shudder. Franck's bass fell in line behind the mid band. It was defined by how it didn't attract attention to itself. The main show was articulate timing. This moved into the foreground the rhythmically angular elements of leading edges and how our brains use their pulses to tune into and mark beats. Call it groove lock. These Avantages Audio boxes prioritized beat fidelity. 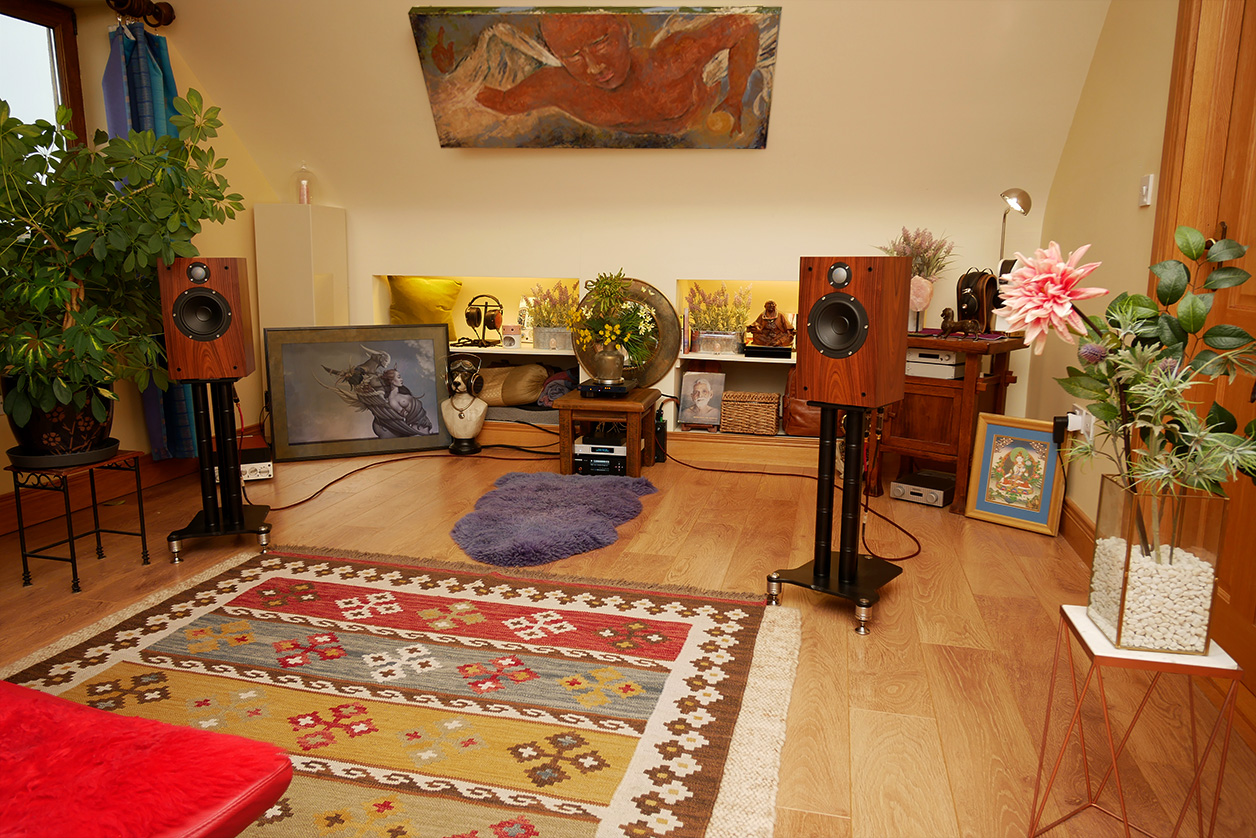 Before this tunes you into another wrong broadcast of expectations, don't think relentless PRat. That's hifi Brit slang for pace, rhythm & timing. It's the correct general domain but not if applied to that overly muscular high-tension freight-train propulsion which is all about frenetic head bopping and uncontrolled toe tapping. If that's the 'spectacular' version, tone it down to something easier, finer and far more internal. Unlike signature Naim systems which prioritized the bopping to overlook deep 3D imaging, Franck's numbers did massive massively precise soundstaging just as you'd want from small boxes. 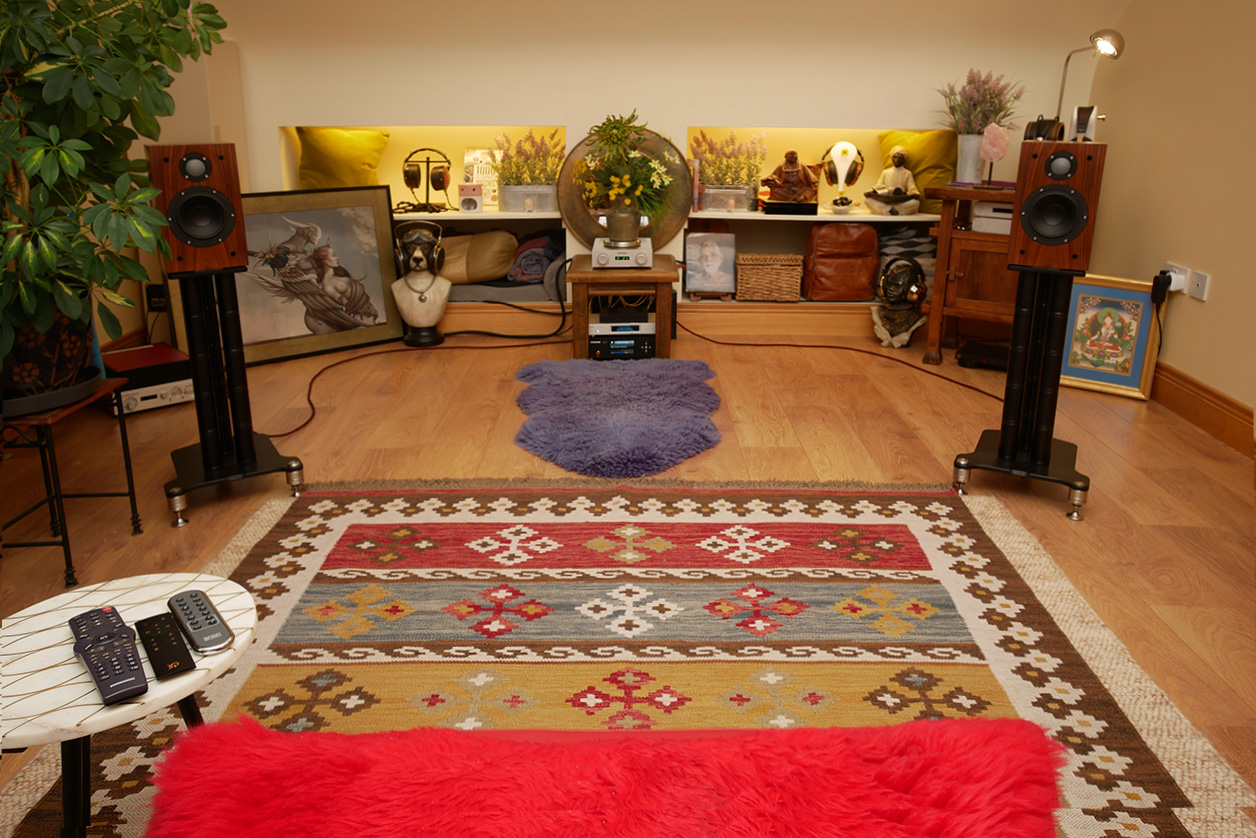 Bass reflex rules contemporary speaker design. Most of us are thus inalienably conditioned by its ported signature. When we first hear a sealed box, the typical response is "what happened"? The fat, thickness, bloom and wallop in the bass are gone. What took their place takes acclimation before it can reset our perception and possibly the value we now place on the new bass. Those who make that transition can never thereafter be unconscious of the price bass reflex extracts for its extra extension. Now one wants the superior timing and linearity of sealed bass; or that rare ported implementation which downplays typical port effects to successfully remove them from conscious intrusion. If that describes you, Franck's latest boxes have your number. Another way of saying it is to call their low registers small-woofer'd bass. It's about speed and precision, not big shove, major air motion and brutal impact – less quantity, more quality.