If the men of the Irish post office and subcontractors for DHL,TNT, DPD, GLS, UPS and FedEx had any ideas about the contents of the packages they deliver to us so regularly… they'd think us mad. At least this time the parcel was compact and light. What unpeeled from it were cloth-bag protected yellow magnesium domes done up in solid maple. Then followed matching diamonds with clearly bigger motors to warrant a thicker base in the alternate solid Walnut. 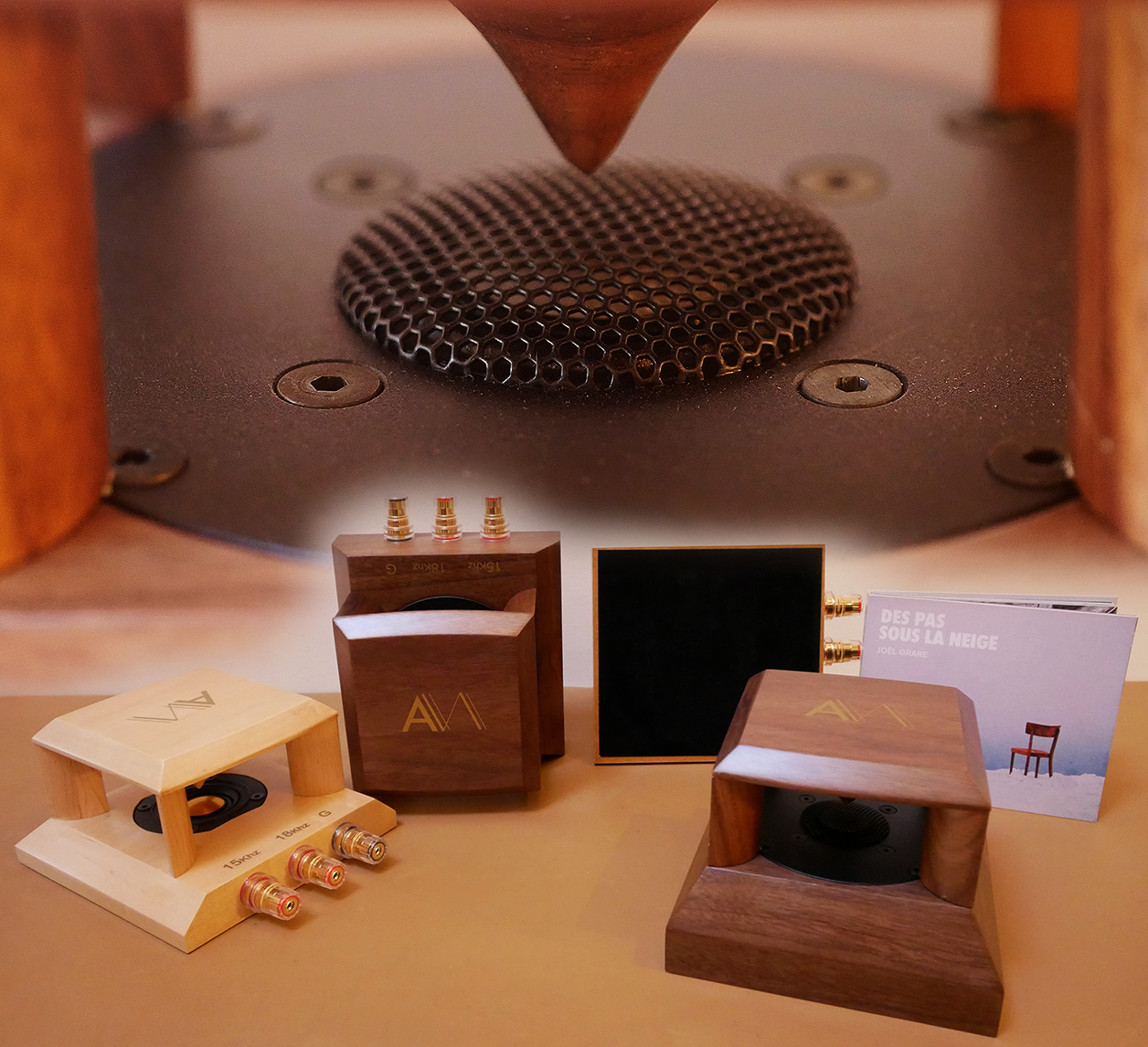 The soft underbellies featured protective black felt. The backs had '+' posts for 15kHz and 18kHz to loop a different capacitor value into the signal path to the tweeter. The tops had classy gold silk screen with the Avantages Audio AVA logo. 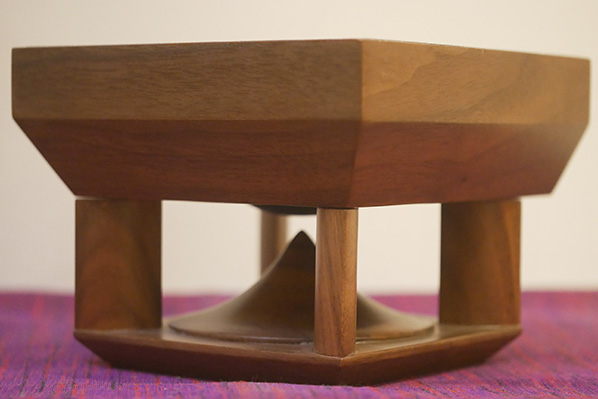 And that was the visual show.

Actually, not quite. The radiation police will have wondered about those four pillars which hold up the flat roof with the inverted reflector. Won't they cause strong very early reflections hence some turbulence?

They would if they were of broad rectangular cross section to present narrow tall walls. But their cross section is shaped like an ellipsis with pointy ends; or the ancient Christian fish symbol without the tail.

What faces the sound waves are very narrow spines which rapidly flare before narrowing back into another spine. As a windslippery shape, this has sound waves wrap around the posts.

It's a clever and welcome detail which shows fine woodworking and optimized acoustic geometry. Even the top plates go for a bit of pizzazz with four edges that slightly bow out to be a minorly bulging rather than perfect square like the equivalently sized CD jewel case is. And again, the diamond super tweeter here shown in Walnut is significantly heavier, indicating a rather serious magnet for what is a petite if very expensive ultra-performance drive unit.

For one audition, I'd use Ivette's studio with Jay's Audio/Kinki Studio stack driving Mythology 1 monitors from EnigmAcoustics with their "ambient recovery" Sopranino super tweeters (their maker's very own description). It'd be my three-way battle of the super tweeters, my first in two decades of reviewing. Franck: "I am pretty busy these days also with offering my services for professional acoustics outside the direct audio realm of recording studios and movie mixing labs. I've even done a political party's TV platform. And recently, an orchestra conductor had the idea of building a mobile philharmonic 8m long. He wants to give give classical concerts around the country where there are no concert halls. He asked me to handle the acoustics for his big mobile. It appears that more and more people really do care about good acoustics for their work environments."