Yet to my ears, César presented far better in a short than overly long coat. Set up first where most speakers in our main room end up, its 360° nature saw reflection path lengths in excess of 8m off the front wall then back to the listening chair. That created an indistinct reverberant thick blurry response which completely disappeared when I limited front wall distance to less than 1m in the adjoining A/V room. 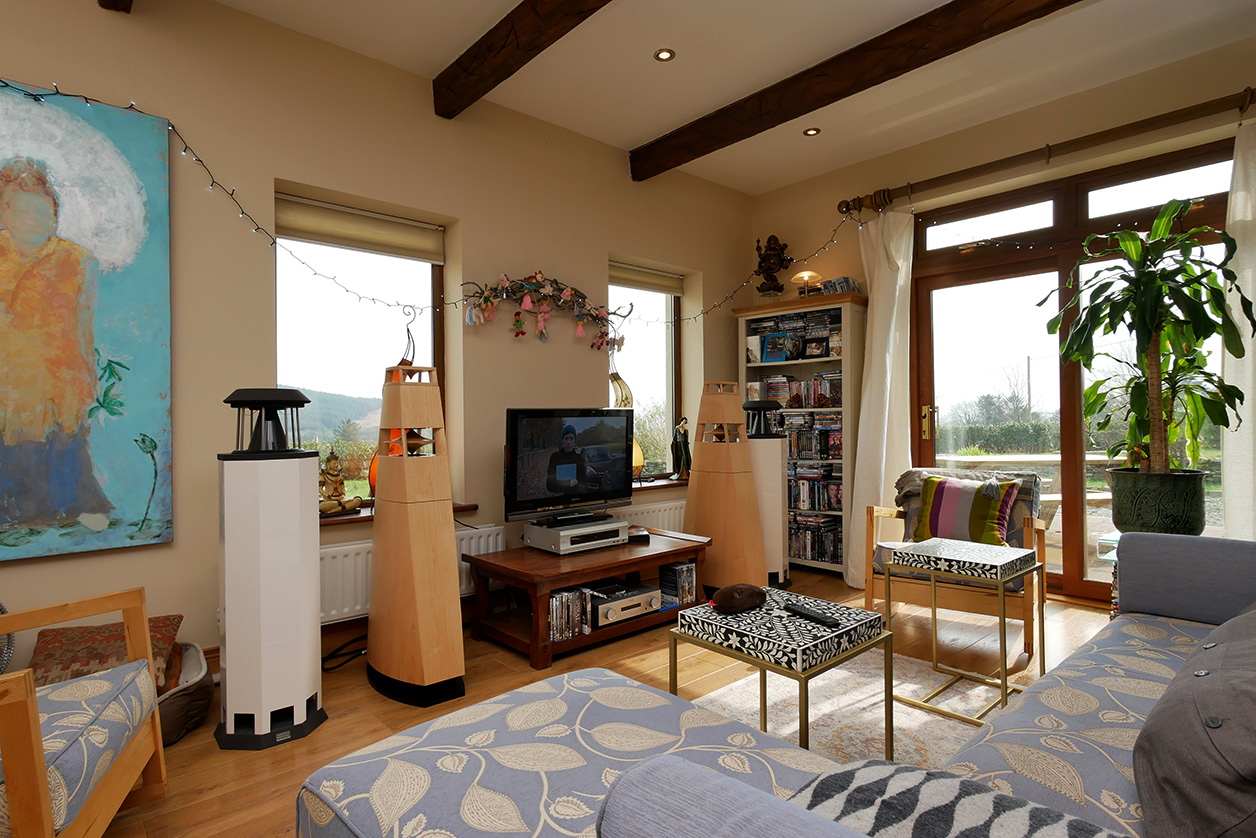 Here César displaced fellow omnis in our usual German Physik HRS-120. This instantly telegraphed more sophisticated tonality and multi-hued timbres over the carbon-leaf inverted funnels of the Ohm Walsh-derivative German widebanders. More salient versus first impressions in the main room, this layout evaporated the ambient-heavy milieu to restore separation, focus and subjective speed to price expectations. Armed with this winning reference, César returned into the openly adjoining main rig to make a brief appearance in a review on the 12-watt Polish MySound p/p EL84 Cube monos. Now César moved closer to the front wall to cut the original reflective path lengths in half. The listening chair followed it onto the carpet. 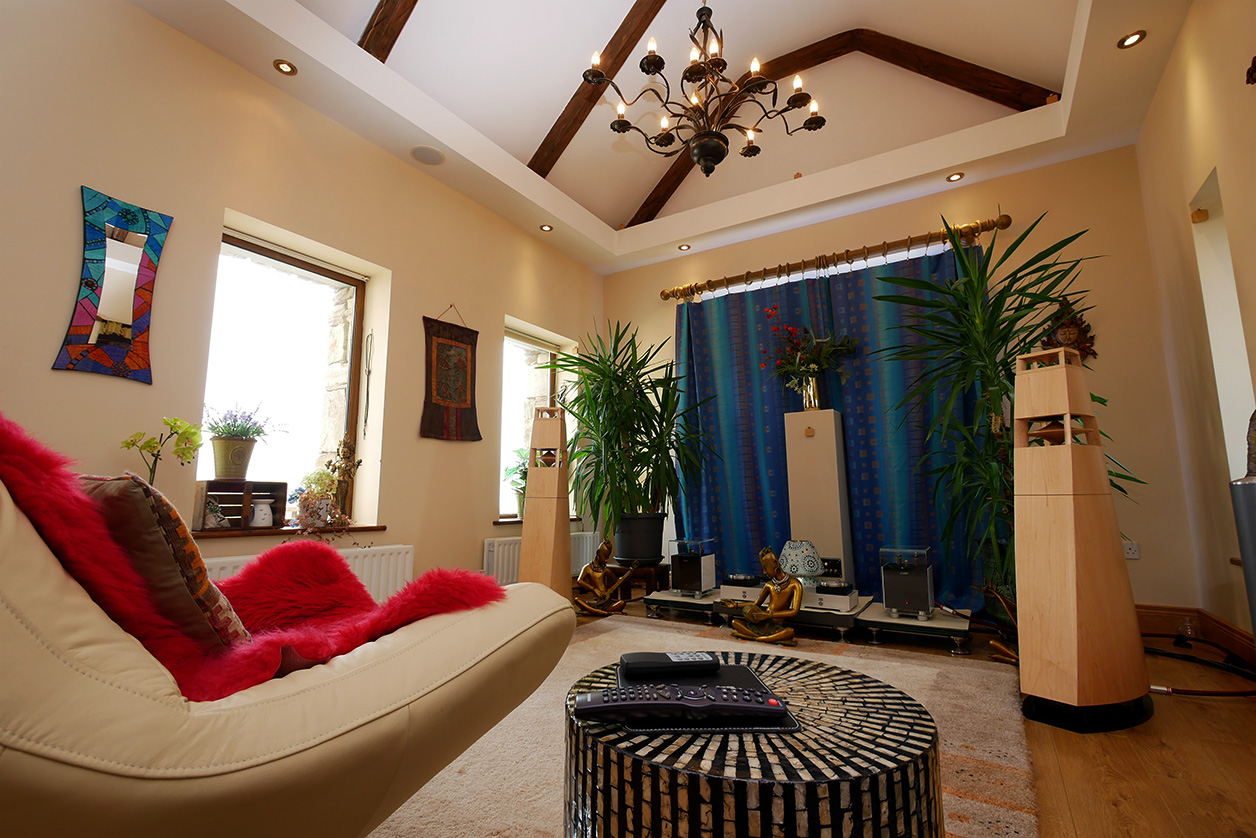 Groomed for real-life tonality and more realistic dispersion than direct radiators, small widebanders driven by push-pull pentodes with mild SET attributes made for luxurious timbres and agile dynamics. With cone surface of a single 7.4" driver distributed across two smaller cones and motors; with omni dispersion for higher in-room sensitivity but no absorptive filter parts; César was clearly primed for dynamic headroom without the HF beaming so typical for its driver type.

A signal path of tubes ⇒ amorphous-core transformers ⇒ widebanders run wide open made for an expanded color palette. Ultra resolution coupled to extreme focus for very high contrast ratio and outline sharpness is one means to conjure up palpability. That's not how this hardware chain went about it. It instead pursued increased timbre depth, tactile image density and microdynamic verve. Call it sumptuous physicality. 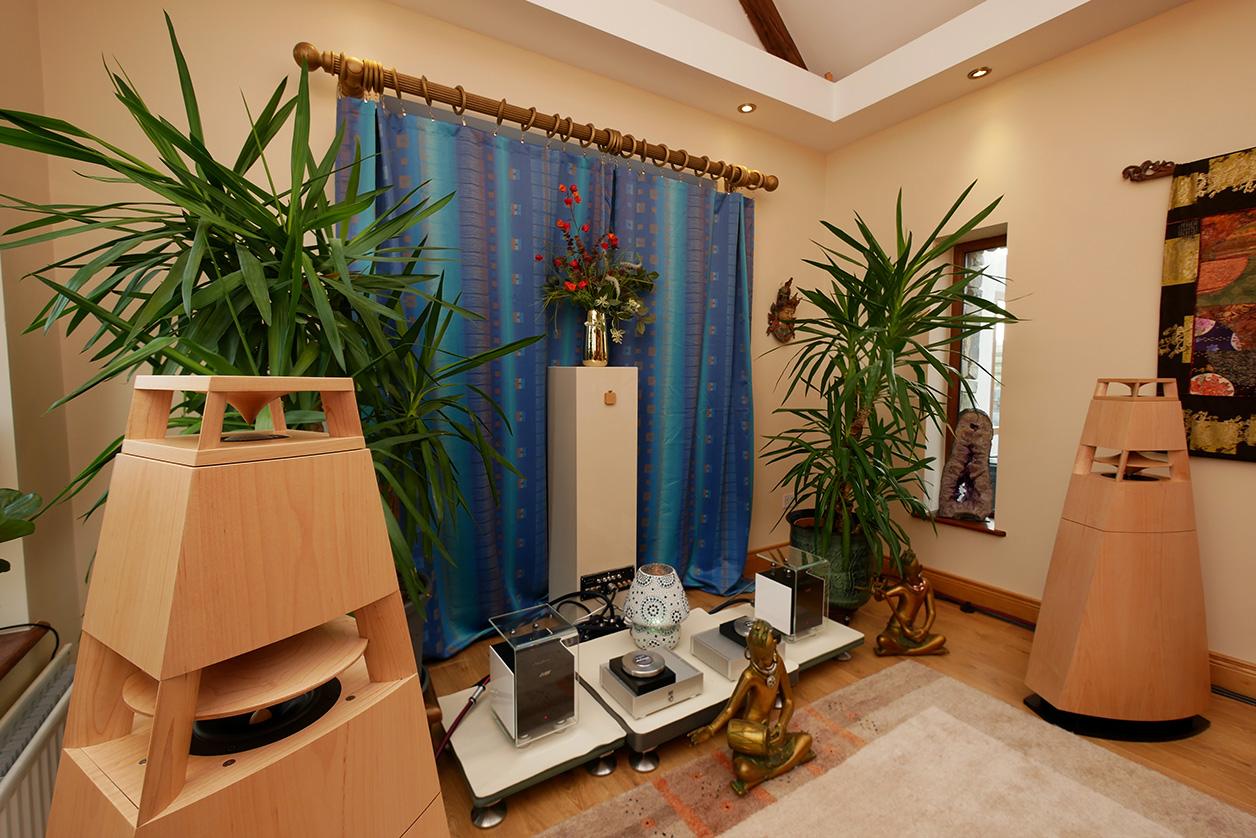 The pinkie-sized pentodes had zero issues with César's metal-cone woofers. My typical check tracks for synth-generated infrasonics in the ambient genre all ticked off. Loaded into far more generous cubic volume, César's sealed bass alignment presented as rather friendlier to these EL84 than our ported Codex woofer had prior. Those 4-ways went plenty loud on a dozen tube watts but bass control of the hidden woofers in their ultra-tight bins was clearly not the equal of our usual 200-watt LinnenberG Liszt. My main issue with the 2C combo of Cubes + César was that in this room's layout with high ceiling, the speakers' omni nature already produced its own pseudo triode effect of more reverb-heavy conditions. Adding EL84 to the mix compounded that flavor well past how our adjacent small A/V system showed off César. I found the sound ideal which César had made there. I'd thus run it off powerful transistors again just as Franck does in his Paris atelier with his Milos Karan class A monos. Staging wide like demons already, I visually also favoured the narrow view so would revert to that for the main auditions.

A circular opening in the plinth eases access to the concealed binding posts. Even the woofer gets its own dispersion lens.

The key takeaway from the MySound experiment? Due to redefining filter simplicity and by offering good sensitivity, César was a perfect candidate for low-power tube amps. Aside from the MySound monos, the recently reviewed 20wpc Rike Audio Romy 20SE too would have been a prime contender. The vital takeaway from playing musical chairs between two rooms? César's unusual omni nature worked very well unexpectedly close to the front wall. That booked two very practical qualities – low-power tube friendliness, easy setup.