Besides its open-spigot gush factor, another very obvious strength was rollicking bass bursting with snappy punch. Take this Turkish Pop number from Cengiz Kurtoglu, Hakan Altun and their undulating octave-doubled refrains. Where a compressed YouTube sample is a pale imitation, my full-resolution file with proper big speakers set up a pulsating array of jagged beats which punctuated my room like disco strobe lights for a very tacit experience in the seat. Whilst the singers aren't mixed to particularly peel out of the percussive web, I had no issue honing into them individually when they parallel each other. Simultaneously the air was alive with powerful wall-to-wall beats.

Taking one for Alain's home team with the opposite sex yet equivalent verve was Yara Lapidus. Consider this cut from Indefiniment whose bridge hands off to gloriously syncopated snotty brasses. If you thought like me—that our Codex ought to have advantages here at the appropriately physical SPL—it was a bit mind-numbing that the M1 held the actual aces of bass slap and crack. It let them off a virtual leash. In this 4x6m space with double-high ceiling venting into a big open kitchen and adjoining lounge, the French two-way played it bigger than the costlier German 4-way.

Fundamentally this was about greater directness. It's that slightly electrified sensation of sounds carrying an actual energetic charge. It's why single-driver devotees put up with amplitude aberrations and other temperamental behavior. They live for that quickening to prioritize it over all other possible virtues. It's a bit like adrenaline junkies living dangerously. The M1 Classic walked a very similar beat but subtracted most their breed's peculiarities. It also worked off 200wpc transistor amps. It's quite rare to enjoy ported bass especially out the back which is this pert and even to not trigger the room in any obvious ways. Here articulation borrowed a bit from sealed boxes. Extension simply far exceeded what they would do in an enclosure this size; and bass textures didn't over-damp.

Les changements. Nobody with a mature system curated carefully over many years should expect a new component to be all gain with zero pain. It's more likely that if the newcomer is a 95% winner, one makes subsequent accommodations for the 5%. Those could be changes of placement, cables, tubes, opamps, digital filters, software players, footers and more. Our system had solidified around Audio Physic's Codex. As I would when listening to Nenuphar, I now made changes to optimize my enjoyment of the M1. One, I did replace the Elrog 50 with WE VT52. Two, I defeated clock sync. Whilst enabling it between DDC and DAC increased focus for a perception of still higher resolution, the Aurai already owned that subject outright. Still more approached hyper focus. After a while, it just felt more natural, easeful and flowing to tone down that aspect. So a few button pushes disabled clock sync. Granted, to at will and voluntarily reduce focus was a novel unexpected misdeed. Repeat A/B simply confirmed it as preferable. It was about avoiding the mild onset of glassiness. It's something widebanders particularly of high efficiency often suffer. With our 1MHz DC-coupled amps preceded by direct-coupled direct-heated triodes, those brakes were already off. Revving up equivalent speakers to redline by fronting them with such gear simply demanded common sense. Ergo, small upstream tweaks. Done. "Here's your driver's license back, sir. Drive carefully and do obey the speed limit." Close call with the audiophile police. 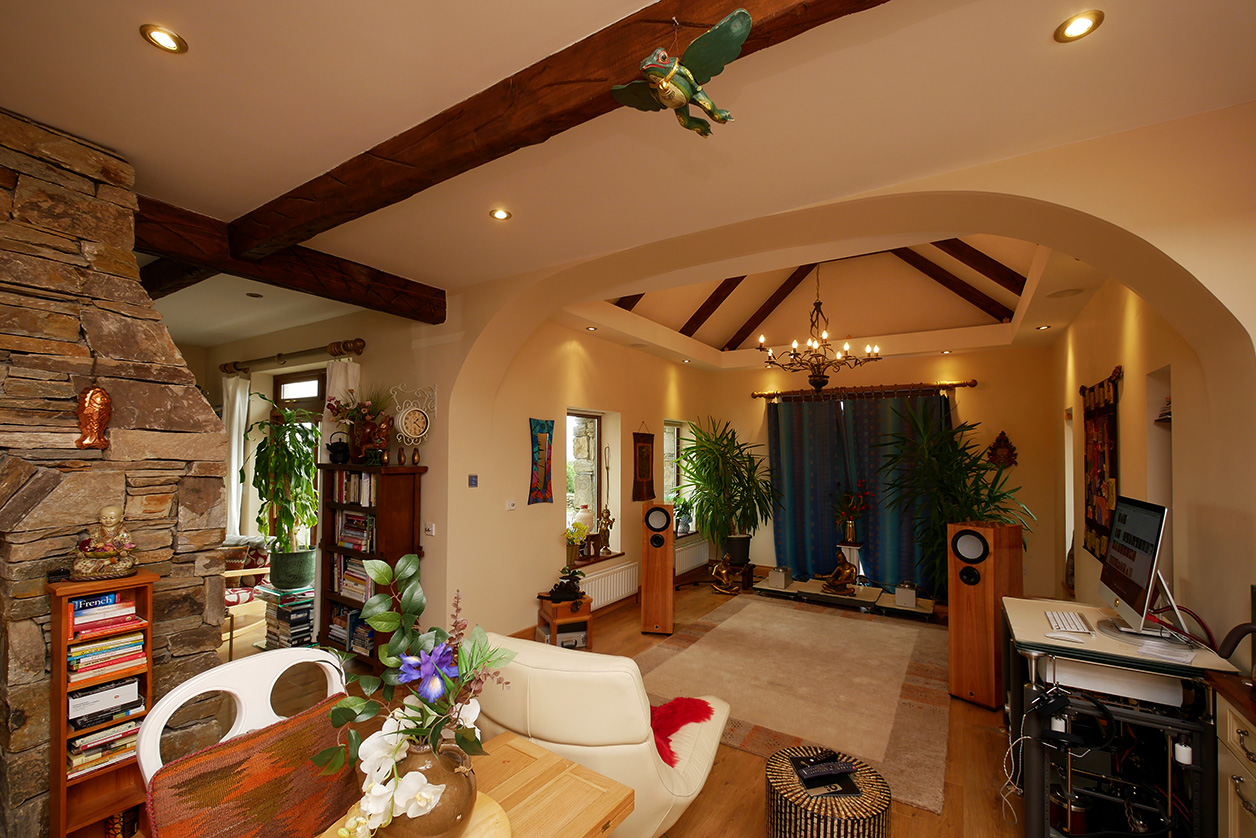 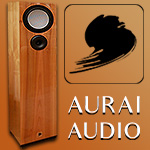 Let's issue actual/virtual tickets. At €7'500/pr, Aurai's M1 Classic overshadowed our ~€10K Audio Physic Codex. For our space, I heard it as the superior more immediate and compelling choice for all the usual audiophile suspects. Hello Casablanca's famous last line. Ditto our ~€8'500/pr Albedo Aptica with older/smaller Accuton mid/woofer housed in a transmission line of more compact and styled dimensions and form. For many years it was the resident example for this driver type. Now the M1 represented a more mature interpretation of the concept. In our €16K gloss-white Cube Audio Nenuphar, the M1 encountered a far closer though substantially wider/deeper alternate. But it had better bass control and more finessed treble. What it shared was the unshackled agile midband. On core character, it thus mirrored an advanced modern single-driver design sans filter. Like it, less informed buyers shall walk right by when smaller coin can secure more drivers, even powered woofers à la GoldenEar. More is better. Educated believers in more-are-merrier ways will still write off the M1 as an outsized monitor perfect for simple less so for complex music. Given our musical tastes, actual SPL and 4-ways, I simply disagree. A proper still reasonably compact 2-way tower with bass good to 25Hz can really do it all. Most importantly, it cancels that subliminal energetic restraint which far more complex filters impose when actually judged side by side.

Smaller tidier brains work better? Our cat Chai Baba the Bengal would be pleased to hear it.

I owe a debt of gratitude to Seoul's Simon Lee for introducing me to the very gifted Alain Pratali. Likewise to those readers who, despite the detours, saw a lengthy read through to the end. As the one who wrote it, I found it very worthwhile. As the one reading it, you be the judge. I'd simply suggest that those who skipped early missed out. But I'm quite certain that this wasn't the last word on Aurai Audio in these pages. It may be a new brand but the four ears involved have more than eighty combined man years between them. Experience, sacre bleu, trumps notoriety.

Goggle translator tells me that this should be today's final line: Voici de nombreux retours heureux…