At this point I knew what the Second could do. Its fairly low power output was a disguise for confident ballsy performance. Quick energetic blows served up swiftly and grand in scale showed perfect willingness to deal with even the most complex dynamic passages. It's fair to ask why one would go after this transistor-type voicing with tubes. Although the Second doesn't prioritize politeness, romanticism, relaxation or fat, it's still a single-ended class A specimen. This means beefy, explicit and clean core features with that particular tunefulness, expressiveness and moisture we expect from valves. On these counts it goes places where the vast majority of transistors won't. Minimalist repertoire with elevated vocal lines and resonant acoustic string instruments assured me of the amp's ability to do delicacy and enchantment. Key was how it separated individual recordings from each another and how it transitioned between them. Wild, zealous, stiff and raw in one instance, it gracefully morphed into sensual, calm, meticulous and no less engaging one track later. And not once did it sound forced, out of steam or dull. 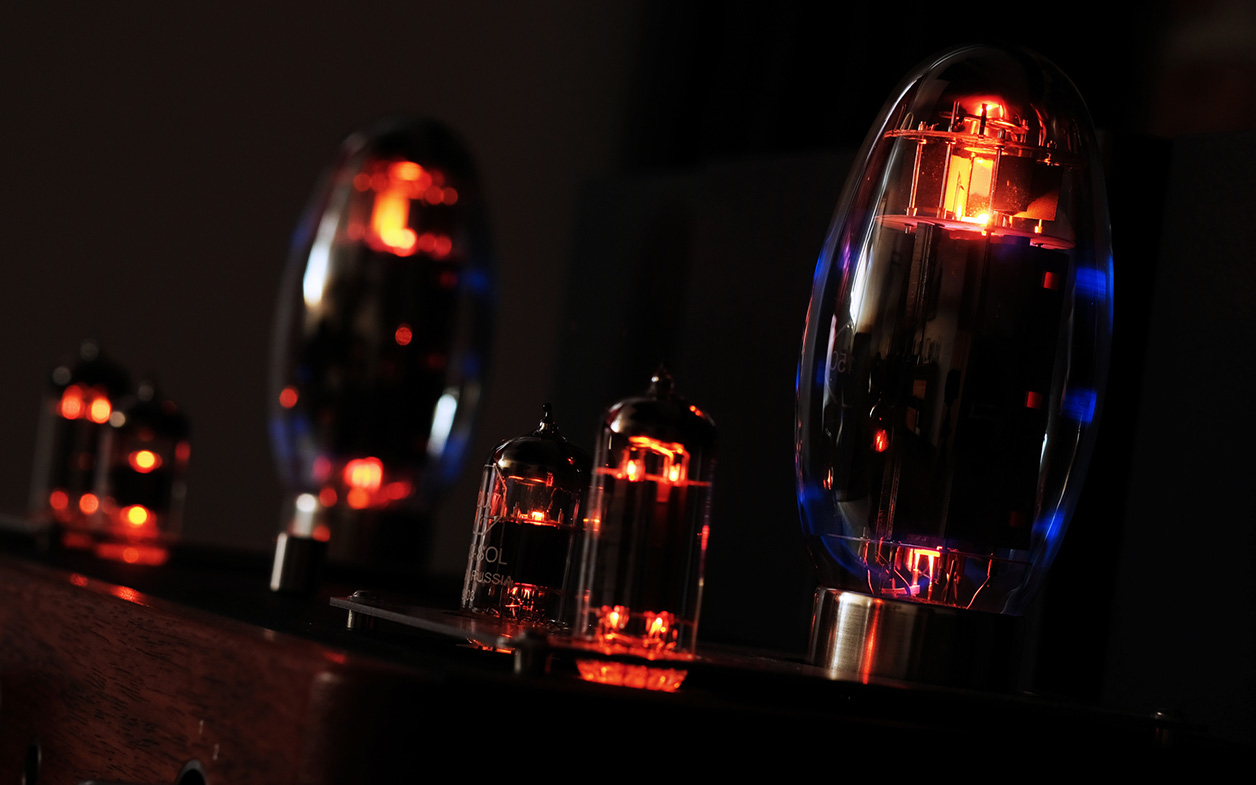 It's fair to say that a speed boost atop typical class A charms is what Michal pursued in his Second against a black backdrop, resolution and cleanliness. This mix of a pristine background, lots of torque plus mild euphonic traits specific to glowing glass called for the AMP-13R integrated to show its own colors by contrast. This petite integrated is the most accomplished in my lineup regardless of price. At this point it's quite difficult to imagine what Bakoon could do better with suitable speakers but the key question was whether the Spendor would be such company. They were. The AMP-13R handled them with ease and the difference between it and the tube tube amp came down to two distinctive voices. The Bakoon positioned itself between the Second and team F7/DFP on tonal balance, density and gravitas whereas on articulation, image outlines and space it secured the top spot. 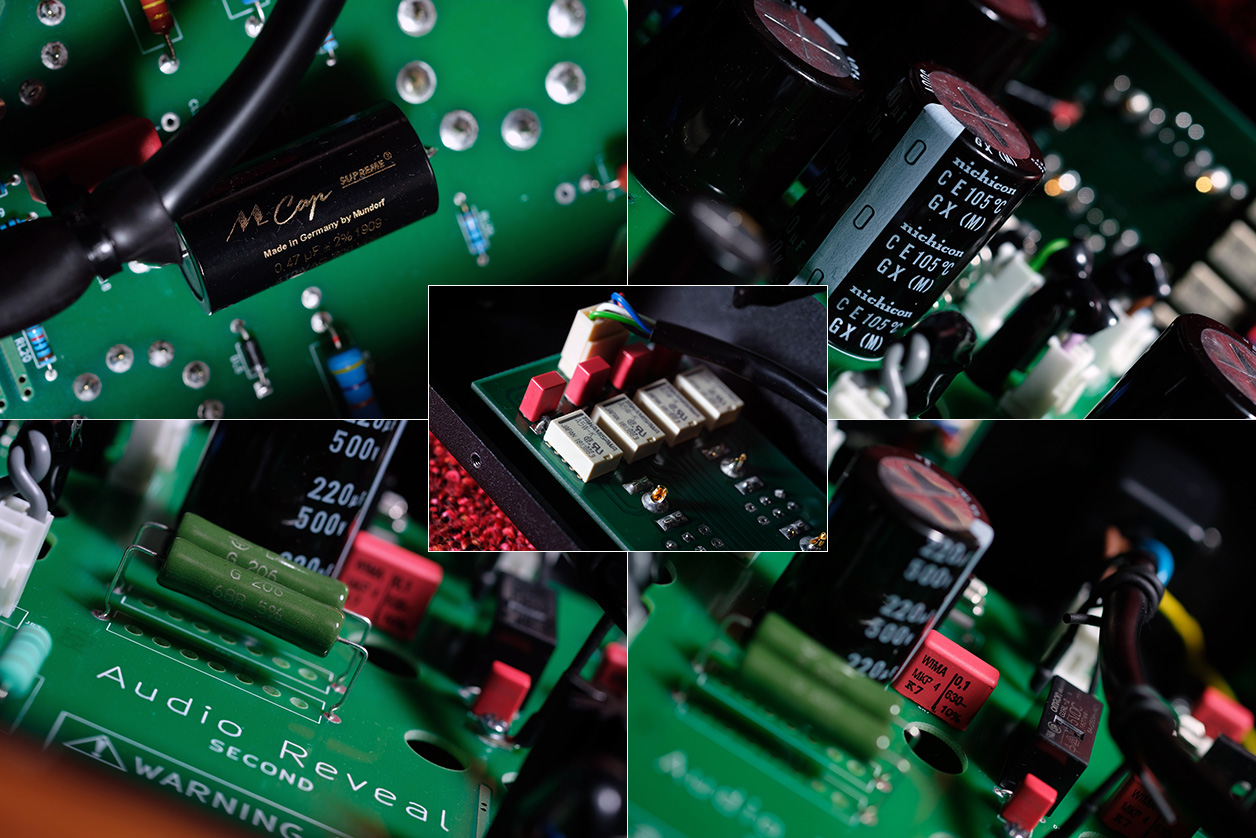 On sheer speed and downstairs bite, the AMP-13R was calmest and most stately of the group but not slow. It suffered no bloat but hit in very meticulous, precise, elastic and perfectly controlled fashion. The Second's bass was quicker, more raw and zealous, that of the F7/DFP most round and chunky. I could go on but the overall message was clear. The Bakoon normalized everything, provided the least audible imprint and held the highest card on nuance and articulation whereas the review subject was fastest, spatially the most here and now and injected that unmistakable tube aroma. I'd pick the Bakoon to know exactly what my system does. The Second would accompany my cravings for adrenaline, power and rock/metal music.

The option to adjust negative feedback deserves a few words of its own since the difference was noticeable. The entire review was conducted with the feedback knob in its default position. Turning it up lowered SPL, then meant shallower bass, spatially smaller more intimate imaging and less overall energy. Michal explained that this is often more appropriate for late listening sessions and certain speakers. The Spendor and Boenicke speakers favored the default position. 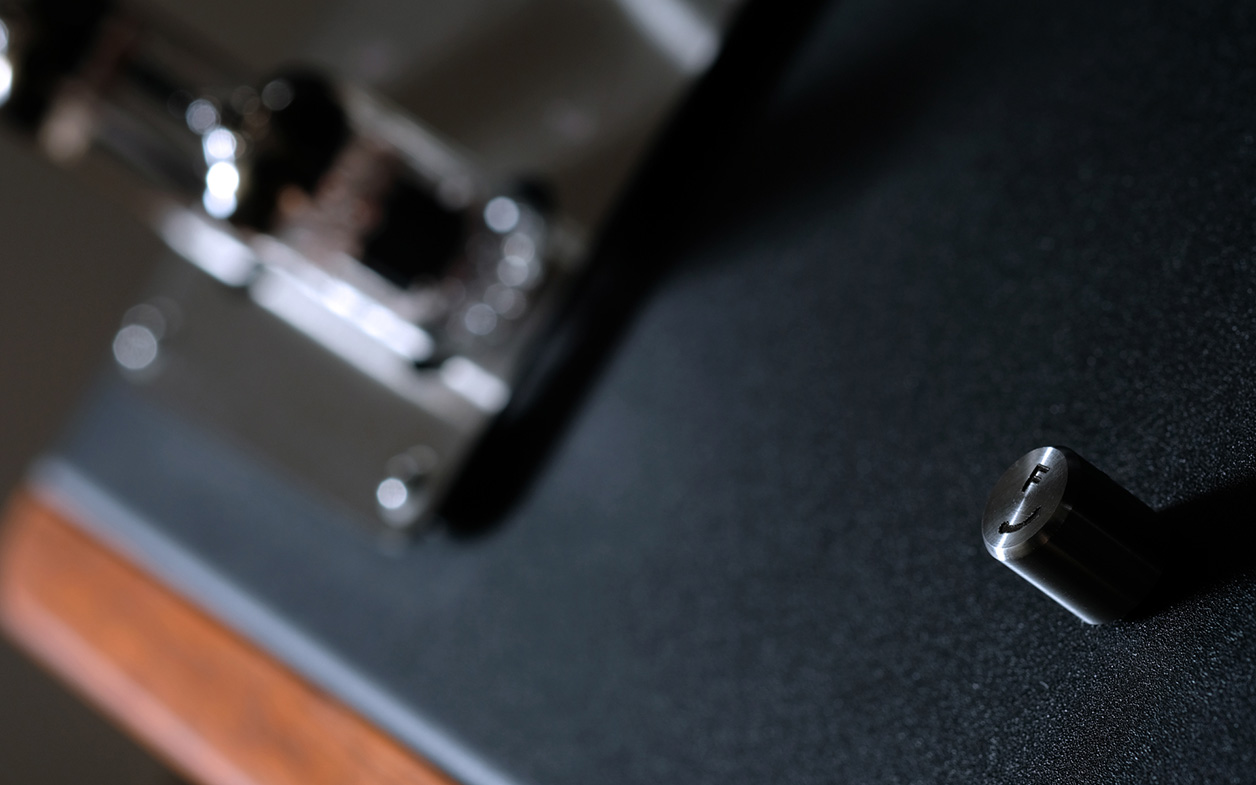 Summary. Today's classy tube amp educates us that its kind not only isn't passé but can get typical noise-related issues sorted to behave very smoothly. It takes a particular type of enthusiast to take on such product with the right know-how, commitment and attitude. In this context it's quite clear that Michal Posiewka ticked all the boxes and has his heart in the right place. Otherwise his Second wouldn't have happened. At first glance it looks quite similar to many others which understandably leaves visual innovation at the door. Plinths loaded with knobs, dials and transformers in separate cowls behind exposed tubes all mark the classic layout. It follows function and reflects Michal's fondness for this traditional aesthetic to also explain the lack of modern conveniences on board. But he also managed to up the fit'n'finish and overall behavior enough to go beyond the industry standard. That's why his Second looks and feels like a costly audio apparatus well past its infancy despite being from a newer company. 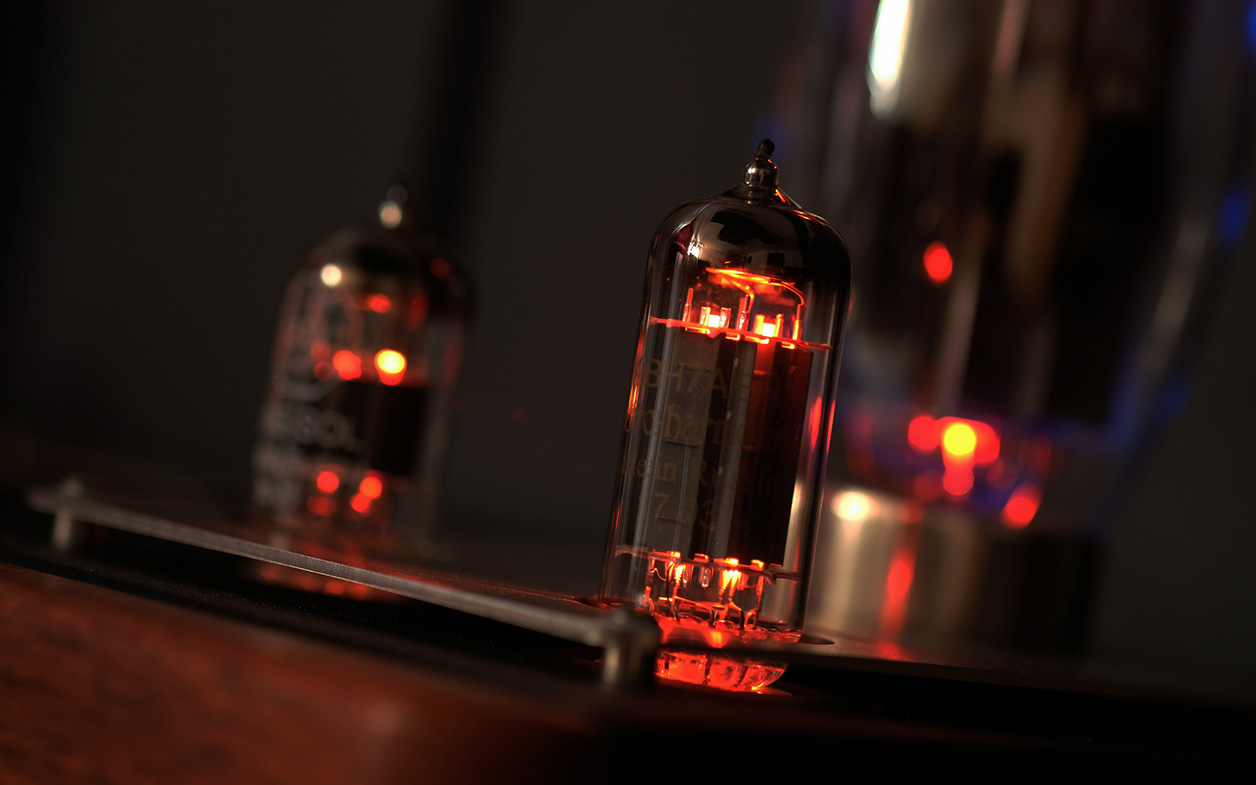 Audio Reveal's Second merges beefy transistor verve, shove and torque with emotional involvement, euphony, delicacy and organic tissue exclusive to tubes. This concoction of traits leads to versatile, open, direct, spatially expansive, energetic and engaging sonics at the opposite end of boring. It makes for a very exciting listen and the fact that it's not push-pull makes it this much more direct and agile. Audio Reveal's Second is a fully mature purist integrated but above all a lot of amp for realistic coin. Such gems deserve broader recognition and I'm happy that I could introduce this one to you. 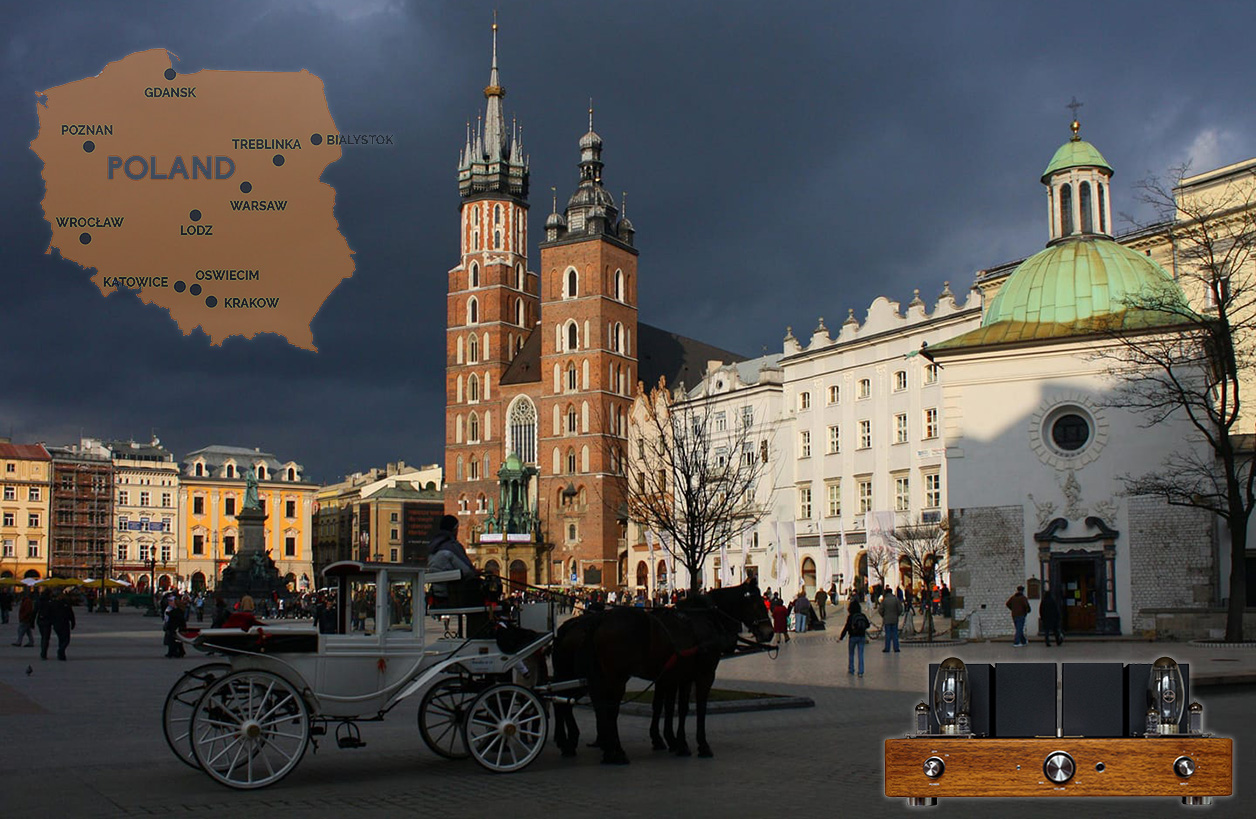 Audio Reveal are based out of Warsaw. Global distributor Nautilus are headquartered in Krakow.