Timing. How to demonstrate superior timing with a sample track? You'll experience it as a lossy music file through crappy computer speakers or throwaway ear buds. No matter. Listen to "Sancti Petri", a simple rumba on which Jorge Strunz (1st solo), Gerardo Nuñez (2nd solo) and Ardeshir Farah (3rd solo) trade virtuoso guitar riffs on the Calima album. Regardless of how compressed the sound quality of your personal music stream, there's not a chance of a mistake. Compared to the Spanish flamenco master who holds the recurring theme, the timing of the other two is sloppy and confused. The phrasing articulation of Gerardo's playing operates in a far higher league of precision. Demonstrably, it also leads to a more elegant delivery for his solo. His timing or rhythmic alacrity is superior.

If you've heard and understood that difference just now, you keyed into perhaps the Midex attraction. And that's not a function of popular response graphs which seem to validate quality. Our 10" Polish widebanders without filter parts direct-couple our amplifier outputs to their voice coils. From that I can tell you that the timing performance of the multi-way Midex and Codex are very close to a filter-less speaker. An even more important reference are our floating Raal Requisite SR1a open-baffle true ribbon headphones. Those not only eliminate the room like all headfi does. They also abolish the time-domain errors of typical reflections and resonances caused by ubiquitous ear cups plus the energy storage issues of common headphone drivers. For the cleanest impulse response of any resident transducer, these are our truth tellers. 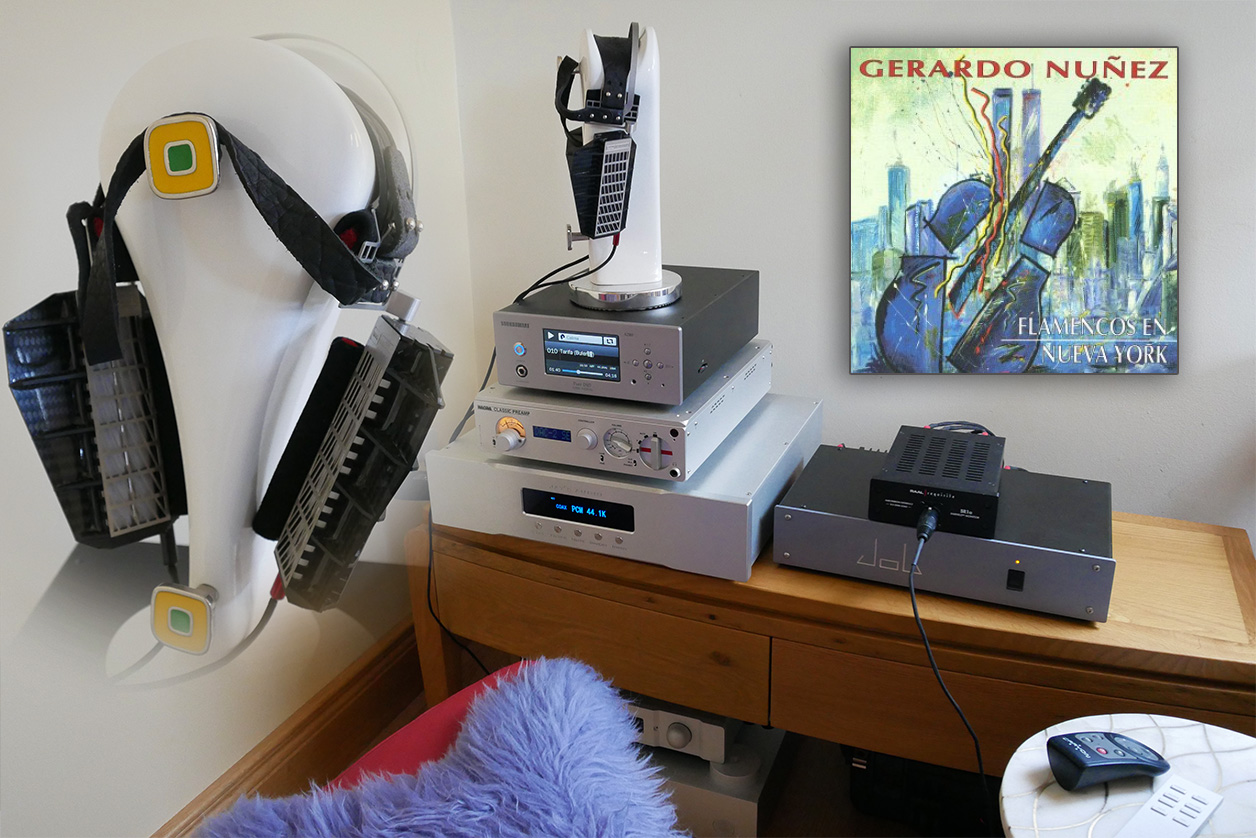 Really, the only way to know what's on your recordings before they're adulterated by your room's time signature which injects nonlinear delays and causes pronounced response alterations from standing waves is to reference superior headphones. Subtract the effects of room and crossover interferences. It's how one recognizes with certainty to what extent they change our speaker-based experience. Whilst none of our speakers can meet the Raal reference—how could they?—Midex came closer than most speaker visitors. As such it made for a close approximation of a single-driver widebander with a more linear response and greater bandwidth. 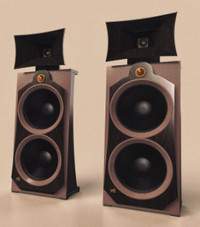 Set up to best effect to minimize room interference, Midex staged capaciously and with high placement precision. Here it left nothing relevant to small monitors other than psychology. Small boxes staging enormously always seem more counter intuitive than bigger boxes. As my comments on timing previewed, how Manfred's invisible slot port which exits at the bottom right behind the front baffle integrates minimizes typical front-wall boom from rear ports. The physical layout of upper and lower woofer surrounding the mid/tweeter like a quasi triaxial affair probably also was decisive in how nicely the bass behaved in-room. It obviously couldn't move anywhere near as much raw air as the Munich demo of Diesis Audio's Roma Triode did with its twinned 15" dipole woofers per side. Midex was groomed for articulation and speed, not maximal power and displacement. That means small-woofer performance in a narrow cab which extends low and with control but doesn't cause massive waves or a big foot print.

If we whittle down the numerous audiophile trigger points to those which Midex rode the hardest, we must highlight speed/timing, spectacular soundstaging and an astonishingly good tweeter with all that implies. On the practical side of things, we'd also mention again those hard-wearing always perfect glass skins and that modern slim-line figure which will do well in most décors particularly across that wide range of finish options. Finally but far from least, there's the ability to thunder with authority off just 25 quality watts where the baby Bakoon was a slam dunk..

To conclude, Midex is deceptive by not flaunting Beryllium tweeters, graphite midranges, organically curvaceous composite enclosures or excessive mass. Those all are ingredients which many today have come to believe are necessary to be a modern high-performance speaker. Not. As we've seen, there's more to Midex than meets the eye. Not least of the invisible stuff are 25 long years of solid experience in designing and producing fine loudspeakers in Germany whilst constantly exploring unusual mechanical tweaks and hi-tech materials which do their work inside the box or behind seemingly plain driver membranes. With Midex, one obtains elegantly proportioned mainstream looks with advanced performance that's based on latter-gen proprietary drivers, quiet enclosures and very solid filter design. It's a very easy speaker to love, drive and find a home for!