Unboxed. In its anthracite tint under hard glass, Midex proved impossibly reflective to photograph flat in a standard living environment. On that mirror score, our regular white Codex is a lot less self-conscious. 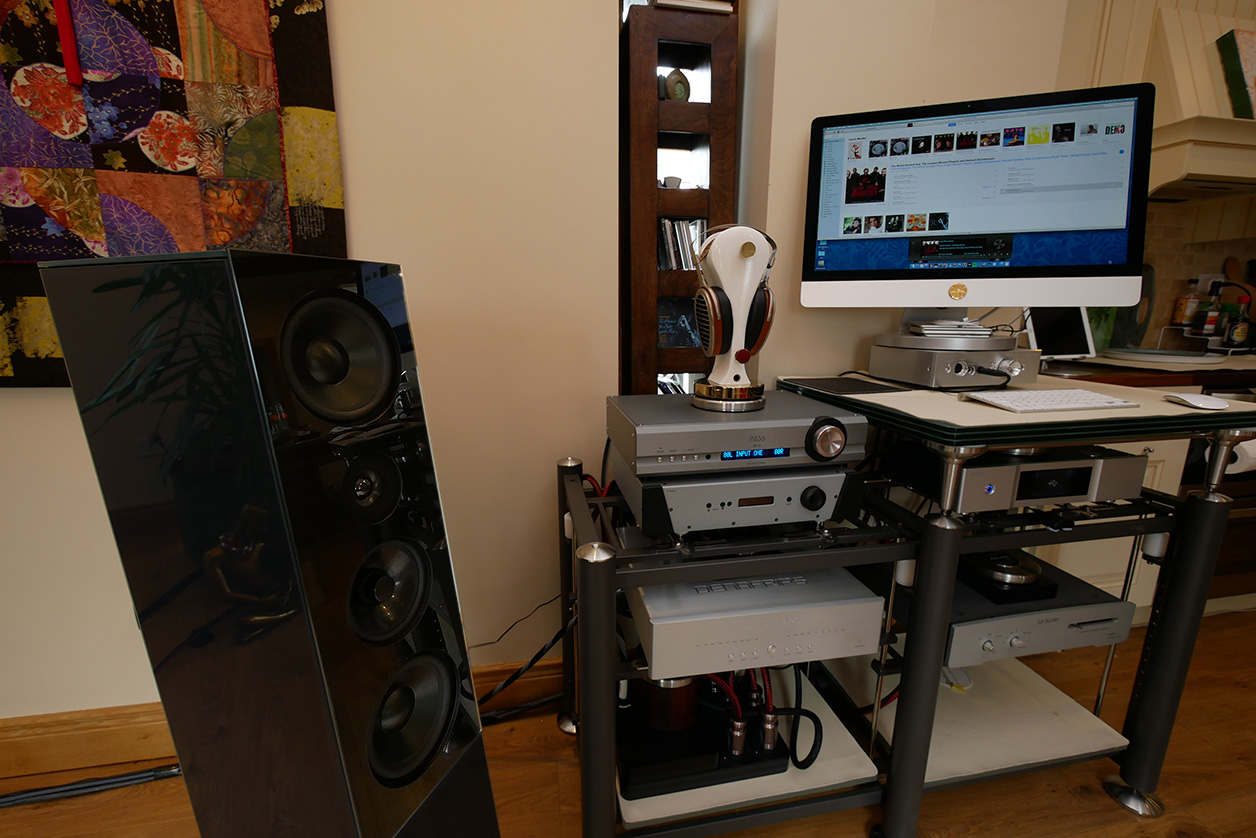 Midex slipped into the exact same spots Codex had vacated. Without optional levitation footers, its spikes met Track Audio's spike shoes. Audio Physic's big black discs finished off the upper spike ends for the signature look. The setup was 3+ meter from the front wall, within less than 2m from the seat and steeply toed in as per usual. This minimizes room contributions and sets up an enormous soundstage with premium focus in the hot seat. 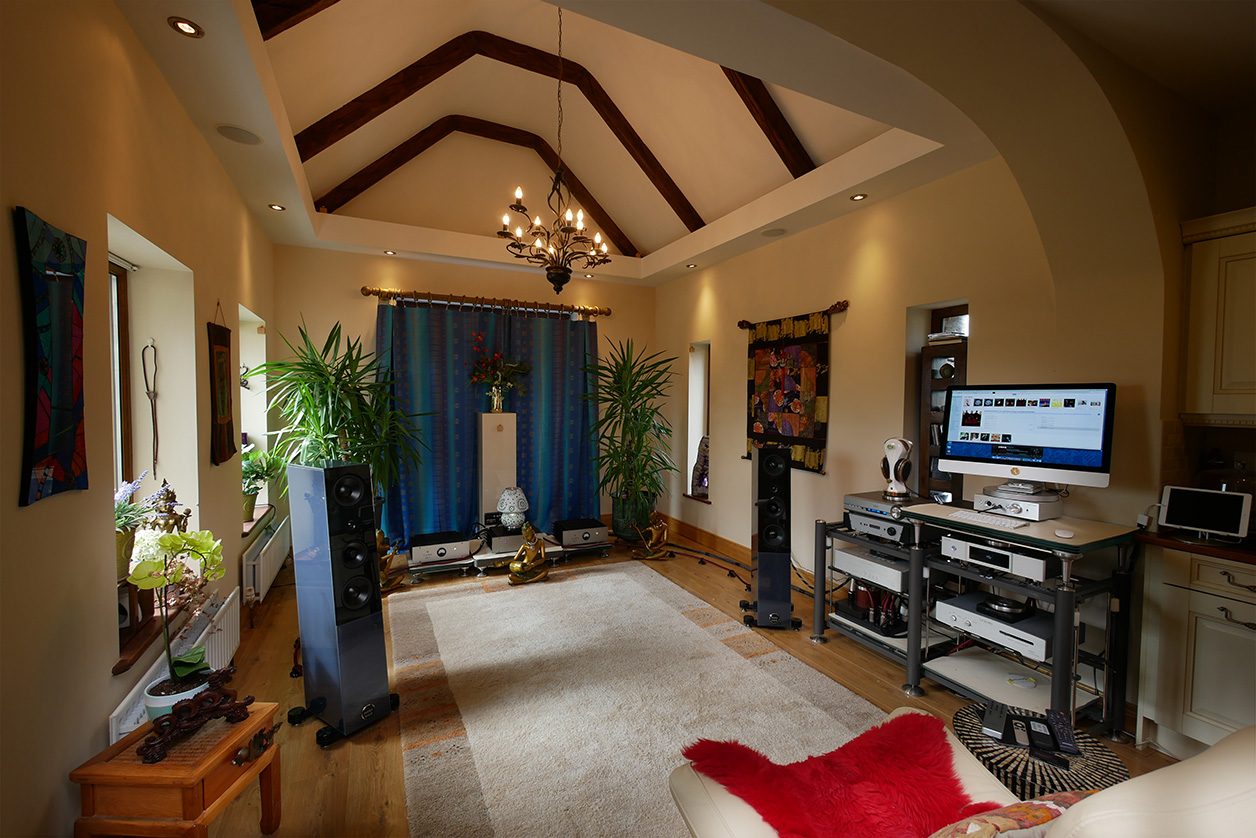 From very satisfied Codex ownership across already two homes, I should reiterate just how impervious the glass finish is and how easily sparkled up with a wipe. It keeps the look as flawless years down the road as it was when you first unpacked them. That's not the case with typical soft wood veneer and certainly not with piano gloss lacquer.

Here we see the viscoelastically decoupled WBT single-wire binding posts and the 4Ω nominal load designation. With Living Voice's 94dB R25A having just packed it up, the system was still set up around their 18/30wpc into 8/4Ω FirstWatt SIT-3 amp. That's because the British 3-driver two-way made an ideal load for low-power SET drive to become a natural focus point for its review. Midex too played plenty loud enough off its no-feedback gain and bona-fide triode curves. Still, it behaved softer than I thought it needed to. I thus transitioned first to our 200-watt LinnenberG Liszt monos which remain our best choice with Codex. As expected, that hit pay dirt again. I then moved to a much smaller stereo amp to exploit a particular Midex feature. 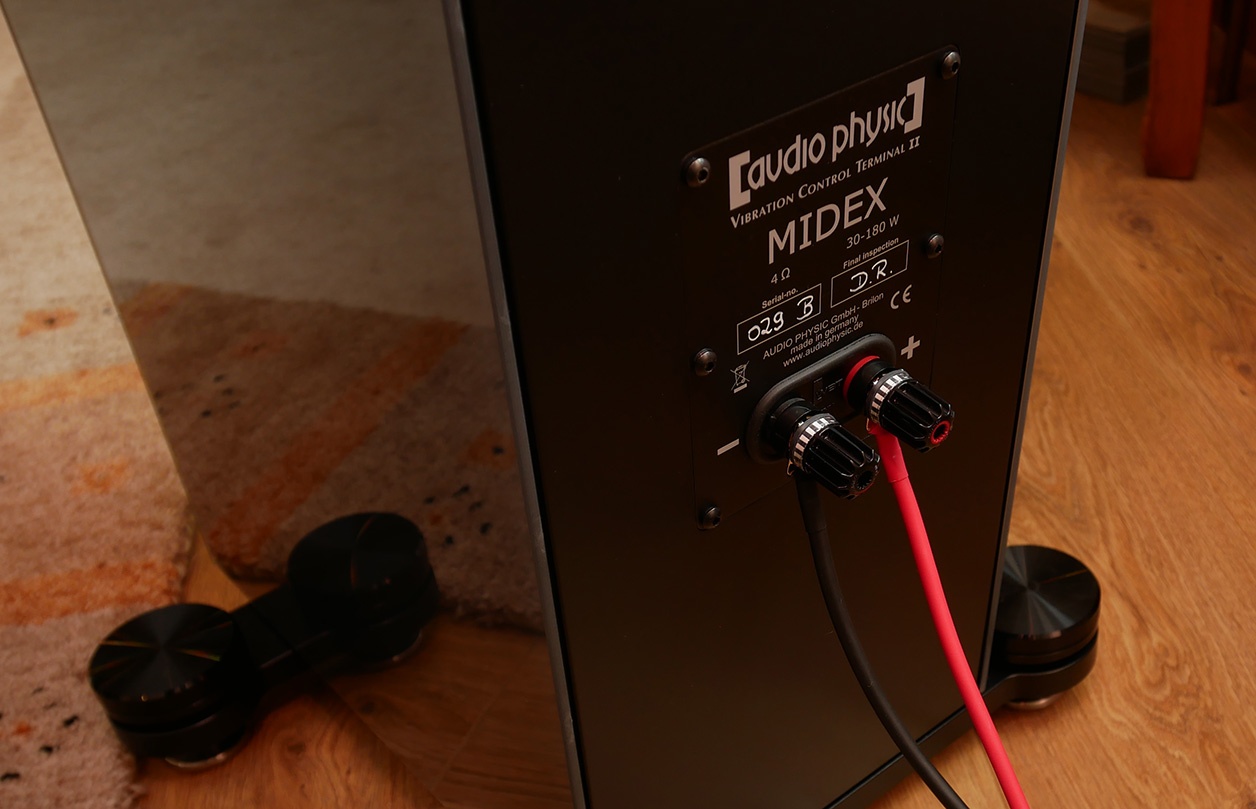