Realsizing. At HighEnd Munich 2019, I'd run into Elite Audio UK's proprietor Mark Cargill at the Gold Note booth. We'd worked together on a number of review assignments already. We'd simply never yet met in person. When I'd reviewed his Codex floor samples then acquired our own white pair from Germany, Mark too had listened to Codex in his personal system. Now I learnt that he'd moved house since. This has him now with a smaller listening room than before. As a result a man who, importing Audio Physic for the UK, had heard every single model in the line, had strategically downsized to Midex without really giving up anything. That was a major tell. Meanwhile Midex had also sired the new Classic 25 model which, essentially, is Midex with a vertical baffle in a simpler box. Or as Manfred Diestertich confided, he was so surprised by how well the concept of two woofers bracketing their signature tweeter/mid array worked out that it was sensible to syndicate it in simplified execution for their entry range. 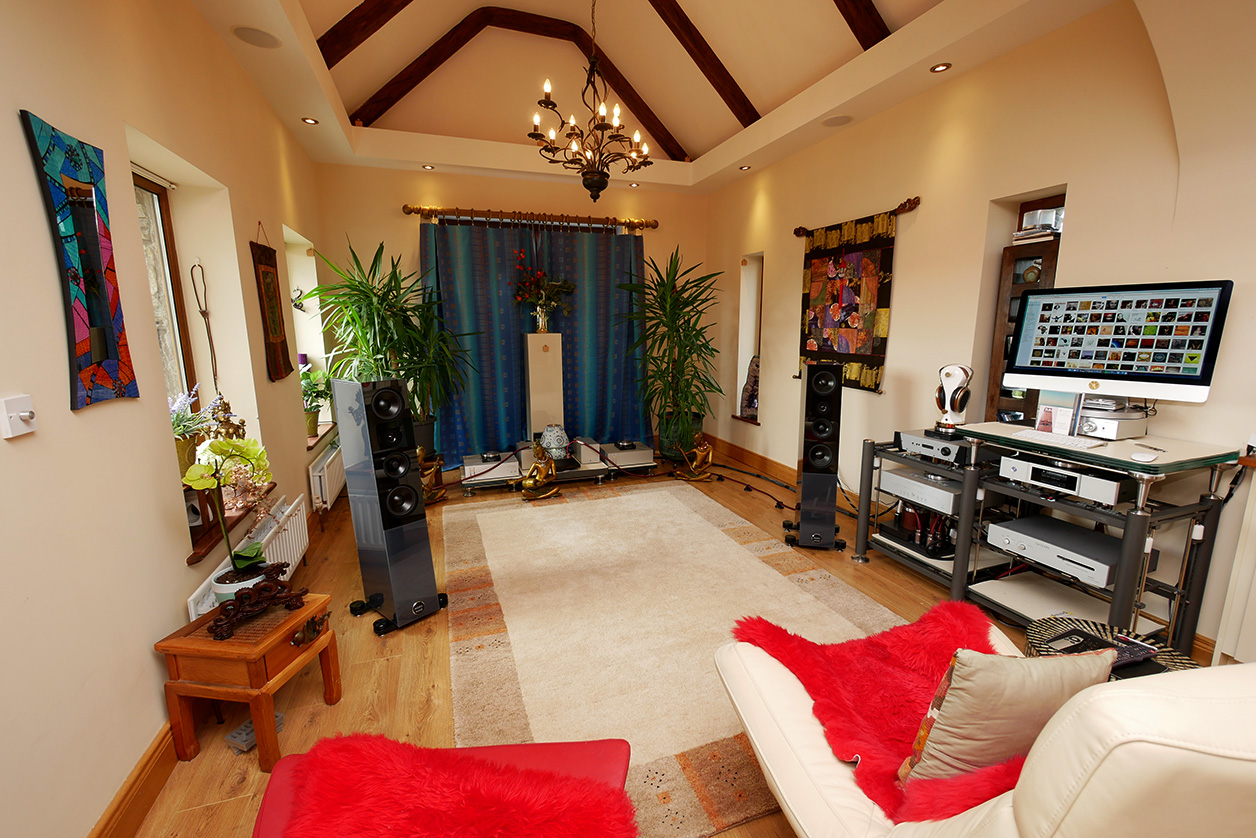 Mark's move mirrors the gist of my own assessment. Just why for this review I didn't conduct a direct A/B against our resident Codex is because mine aren't fully stock. When I bought them, super Codex aka Structure wasn't yet in production. But Manfred Diestetich had elected to personally supervise my build and include certain structural bits from what a year later would become their new range topper. I never asked how my pair differs, exactly. I simply enjoy the hell out of it. But, it'd obviously skew a direct Midex comparison. On that score I'll keep to this far more generalized observation: Midex struck me as ~90% Codex. The ten missing percent went to the very bottom octave, how much of it was recovered by how much rigor on the rare music which contains sub 35Hz content; plus the increased upper-bass kick and dynamic punch which the dedicated 3rd way of Codex produced. With the bigger 1.7" Wavecor cone tweeter and 5.9" midrange identical and the Midex woofers very similar to the narrow-band upper-bass coupler of Codex, the majority of the bandwidth and in fact the entire gestalt of the presentation really were shared. That made Midex a slightly smaller, lighter more affordable/affable alternative which happened to be demonstrably easier to drive than that hidden 10" woofer-in-a-tiny-box inside Codex. As such it did brilliantly off the miniature but potent new Bakoon AMP-13R with its 25/50wpc of hot-running class A/B power from an ultra-wideband DC-coupled circuit with lateral Exicon Mosfets and true variable-gain topology.

Exploiting this to stick to the always attractive downsizing theme, I eliminated the Wyred4Sound STP-SE MkII preamp and German or Italian monaural amplifiers from the equation. The tiny black Bakoon filled the room at less than half mast on its gain pole, leaving absolutely nothing under the table whilst simplifying box count and wallet strain.

With my own reflections painted out in Photoshop, this light-absorbing look isn't factual but did present rather better than my tripod, camera and hand overlays.

If your head doesn't start to spin Exorcist style when reading of a €5'800 low-power transistor amp of ultra-compact dimensions—in this price range most people expect far higher power ratings—I can recommend this pairing most highly. Enter Joël Grare's clavicloche on his evocative very well-recorded album De Pas Sous La Neige. It's a one-of-a-kind 3½-octave chromatic assemblage of precisely tuned Swiss cow bells. It required no knowledge of what those sound like au nature, in the Swiss alps off the neck of a Fleckvieh whose milk is destined for Cailler chocolate, to notice how energetically loaded the harmonic spray and oscillating metal-molecule action was compared to that of lesser midrange and particular tweeter units.

With 'lesser' here I mean the ¾" Danish Hiquphone soft dome in our Kroma Audio Mimí; and the inverted Accuton ceramic dome of our Albedo Audio Aptica. Ditto the inverted carbon funnel of German Physik's HRS-120 doing Ohm/Walsh widebander duty from 200Hz-20kHz. Audio Physic's deceptively vintage-y cone tweeter aced them all on dynamics and the tracking of upper harmonics embedded in steeply rising percussive transients, then the extent of their sustained bloom and decay lengths. Don't underestimate this driver's transparency and reflexes due to its unexpected geometry or diameter. It just takes a direct-coupled amplifier of unusual bandwidth and purity like the Bakoon to reveal its full potential and sail right past very pedigreed competitors.