By comparison, my Coincident/Luxman combo played up fluidity and ambience.Apurna materialized instruments within the arguably more stable, resolved and focused soundstage. The Luxman amps and Canadian preamp usually deliver a very compact stereo image where everything seems very blended into a unique setting. My own system also offers less timbre diversity in comparison to my guests du jour. Those exerted more grip and control whilst the Japanese were slightly more romantic and approximate. Both sonic identities provided me with really elevated listening pleasure. Yet should I solely consider the criterion of pure fidelity, then it was clear that the Apurna loaners went further. This was like comparing the Luxmans' plasma screen to a most current generation of OLED screen. The level of resolution is clearly not the same even if the warmer look of the plasma screen still has many admirers. 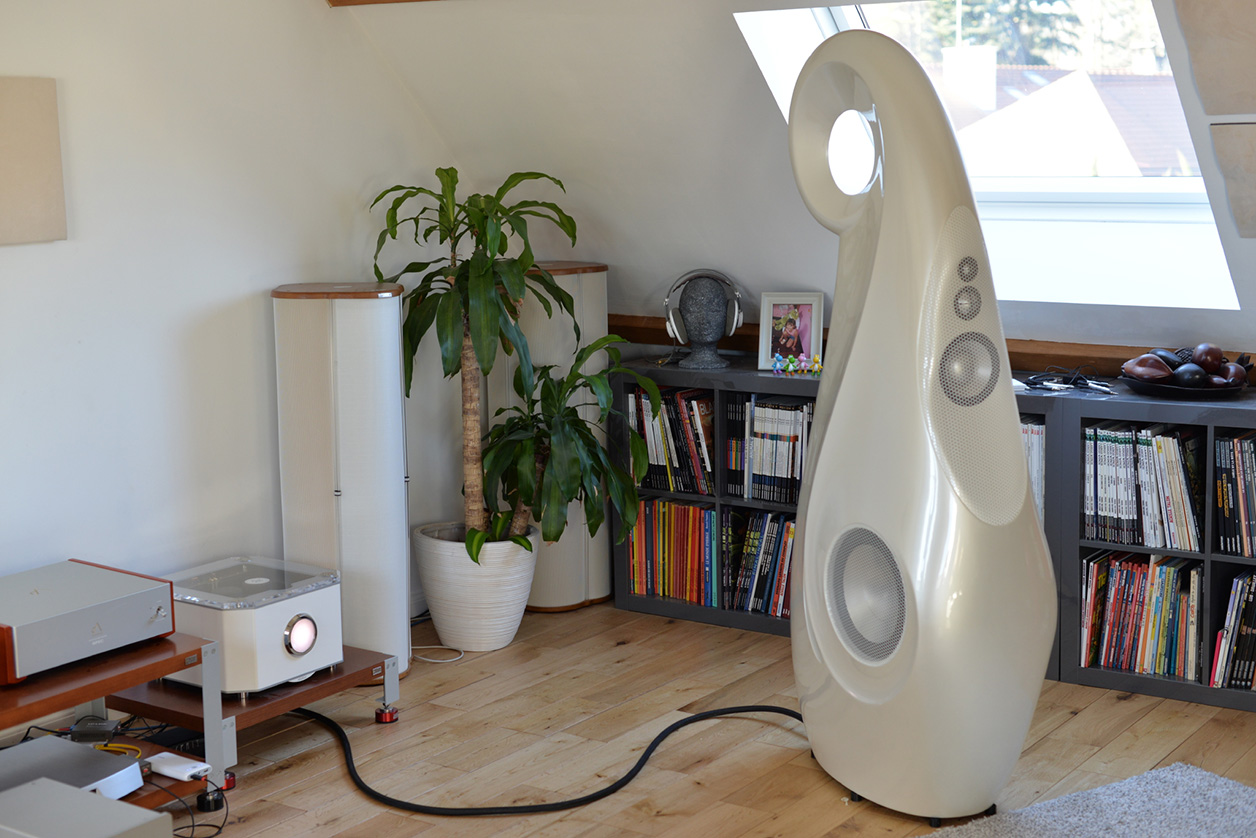 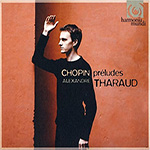 On Alexandre Tharaud's Chopin: Préludes album, the Luxmänner and Coincident restored a lot of life-like presence with a very glossy euphonic style. The Apurna amplifiers reproduced the French pianist's playfulness with more authority. Their bass was deeper and tighter whilst seemingly more detailed as well. The overall data density in the lower mids was significantly higher with the Apurna amps.

I also felt that decays lasted a little longer. The piano delivered more tonal variety although its overall sound may have seemed more flattering over the Luxman contenders. Transients struck me as more accurate with the French. Ditto for their quality of silence and pianissimo passages.

I enjoyed music more intensely with the Apurna monos than I have over many other pricey amplifiers hosted thus far. I simultaneously suspected greater accuracy and neutrality for them, rather paradoxical and unusual for very expensive electronics. That's because I often feel that high-end equipment in the upper strata tries to go beyond strict reality just to impress its audience. That could be a matter of excessive tone, extreme dynamics or emphasized bass. There are many possible options to enhance or embellish what was recorded. Here the Apurna amps never seemed to exaggerate. Instead I felt that they honored a recognizable form of neutrality and/or respect for the artist's intention. On a very good reading of Chopin preludes, this respect more than ever seemed the most important criterion to my ears. 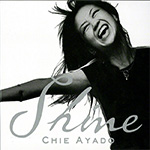 Listening to Japanese singer Chie Ayado's Shine album, the differences between my two amplifier pairs were quite obvious. With the loaners, her voice was more modulated, textured and substantial than what my Luxman reference amps managed. Perhaps a good part of the gap between my personal setup and the Apurna combo resided in the different preamplification. But that didn't change the fact that Apurna's built-in solution resulted in a greater embodiment for Chie Ayado's voice.

On Miles Davis' All Blues, bass was more convincing and deeper, the singer more separated from the orchestra and at the same time more present in my room. On "You are so beautiful", the drums' accompaniment seemed more precise and impacts were sharper. The phrasing of the Hammond organ also sounded more articulate and smooth.

Conclusion: The Apogée amplifiers occupy the apex of Apurna's portfolio to be obviously destined for a wealthy clientele looking for exclusivity and utmost refinement. In consideration of this very narrow target, it can be objectively concluded that Catherine and Franck Borne have met their ambitions. Beyond a non-standard appearance intended to fit the most luxurious interiors, the sound promise is fulfilled as well. Exclusivity comes at an obvious price but less versatile less immaculately finished amplifiers are marketed at even more exalted tags. So there would seem some—naturally limited—breathing room for Apurna in our very highest-end sector and I just have to acknowledge that the Apogée monos were among the very best transistor amplifiers I have ever heard to date. They really were quite the breathtaking discovery! 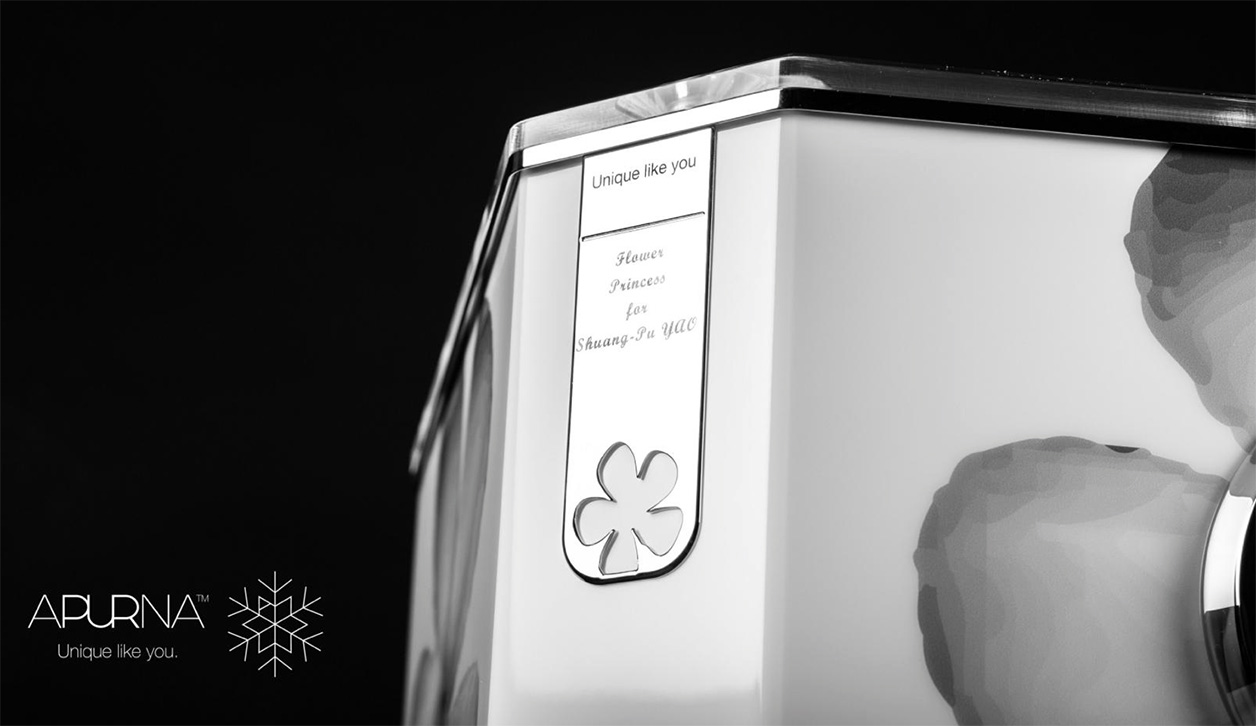 A closeup on the individualized badge for a happy customer to illustrate Apurna's slogan "Unique like you".