The 6-layer low-dielectric copper circuit boards are almost akin to jewelry work considering manufacturing quality which seems to have been pushed to the highest standard. The brand's logo is even screened to electronic chips. The Swiss competitors have finally found their match for such extreme levels of build and interior detailing. 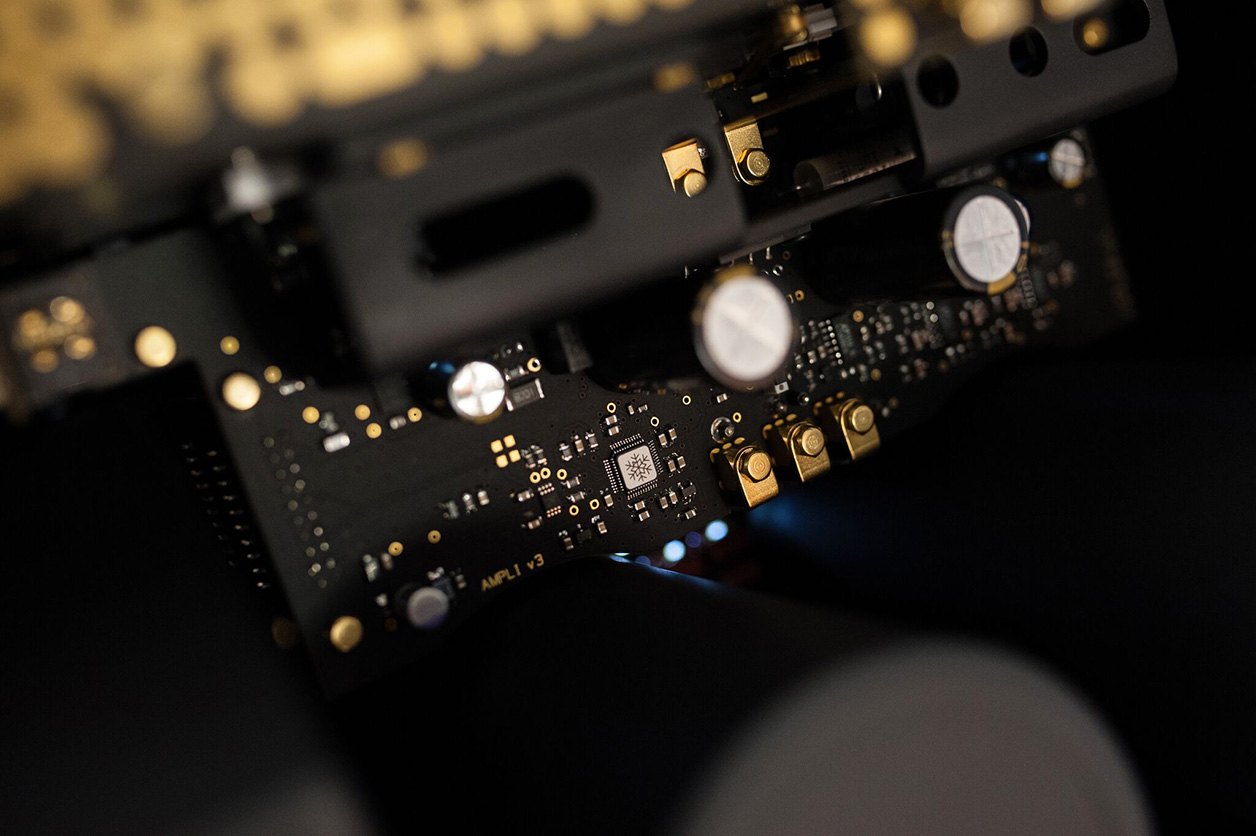 For instance, all PCBs have a nickel and electrolytic gold finish. Rectifier diode bridges spec a super-fast recovery time of 35 nanoseconds. All solder welds are QC'd one by one under a binocular loupe in the manufacturer's workshop. The parts used come mostly from suppliers in the aerospace industry and don't usually show up in audio. This distinguishes Apurna amplifiers even if this aerospace connection was previously exploited by Toulouse-based brands like Audio Aero. Yet Franck Borne seems to have pushed the limits past what other brands around Toulouse have offered before. 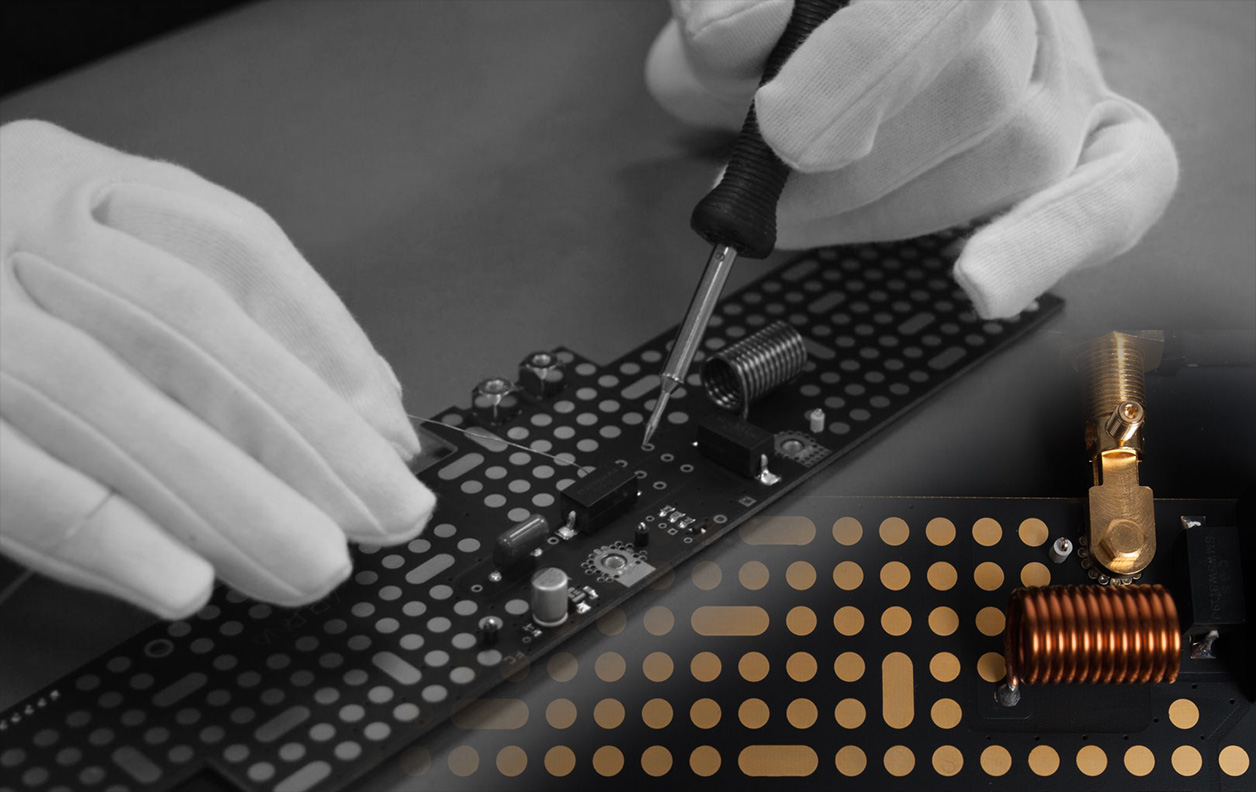 The general circuit remains quite classic by working in class AB (double push-pull sliding into class AB beyond the few first watts in class A). The layout favours shortest possible paths and minimizes the use of wired connections. Moreover, where flying leads would usually figure is here accomplished with metal buss link which are plated with a nickel alloy then 24k gold. 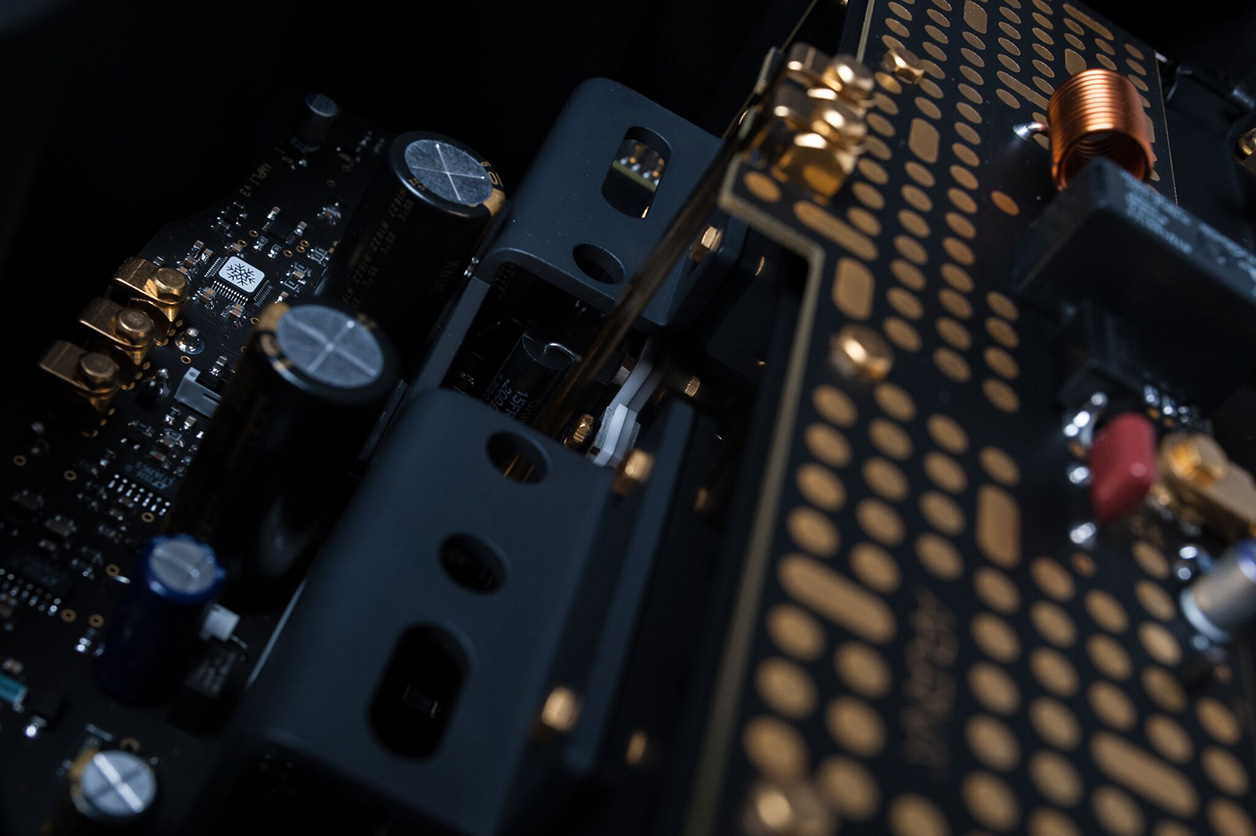 At a claimed max 75 amperes, the current capacity here is huge. Hence maximum impulse power is rated at a staggering 4'500 watts. Apurna don't publish a 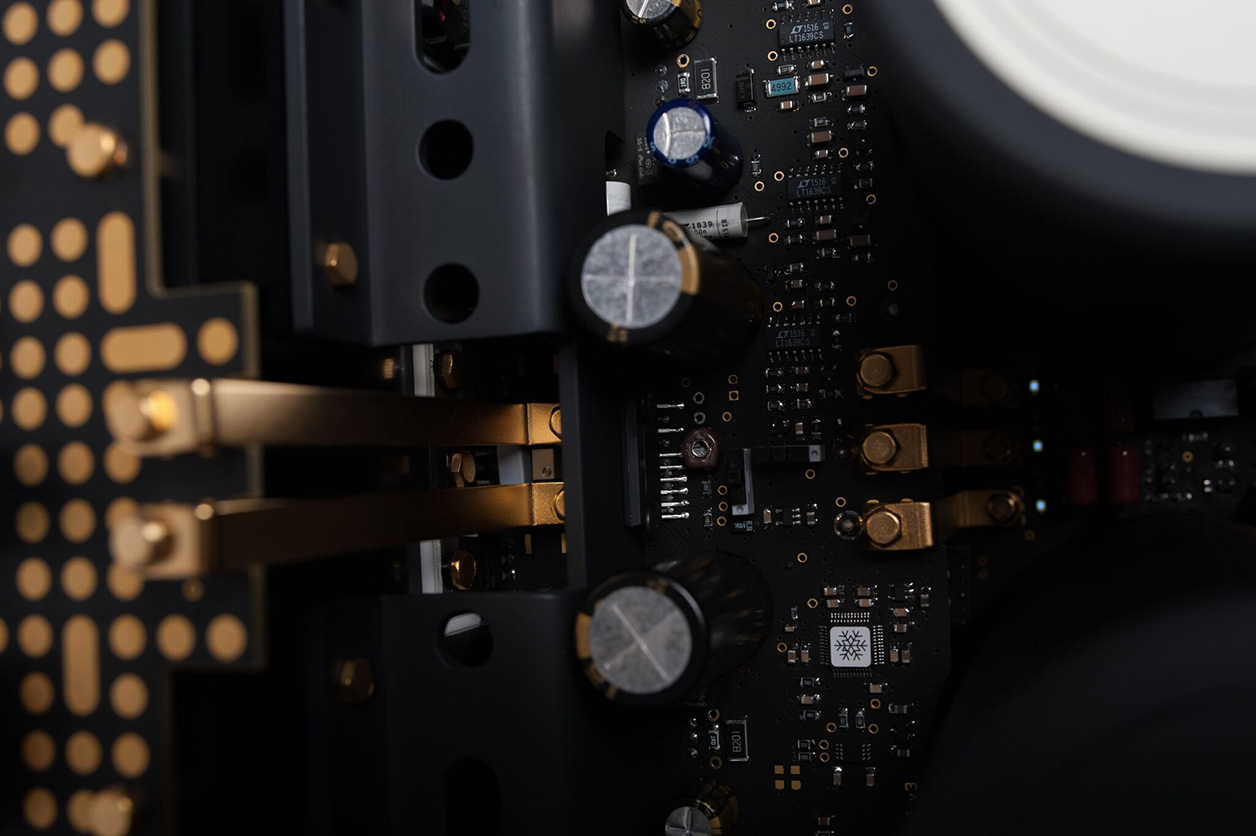 If optioned, volume control uses a proprietary very low DHT+N (0.00025%) circuit with a dynamic range of 123dB. The RF remote is an unabashed piece of art. Even my daughters thought it a little excessive at least for their dad. However, ergonomics aren't of equal quality. The trackball used to select inputs exposed a certain mechanical resistance whose practical necessity I could appreciate without enjoying it. The rotating crystal to set volume also wasn't the epitome of precision. Moreover, there is no visual volume indicator. That's embarrassing because now you'll only have your ears to adjust SPL. Considering how longer sessions tend to desensitize us to actual levels, this can be a double-edged sword.

Still, raw published measurements suggest that the Apogée monaural amps are among the best to market. Thus harmonic distortion (THD+N, weight A) is 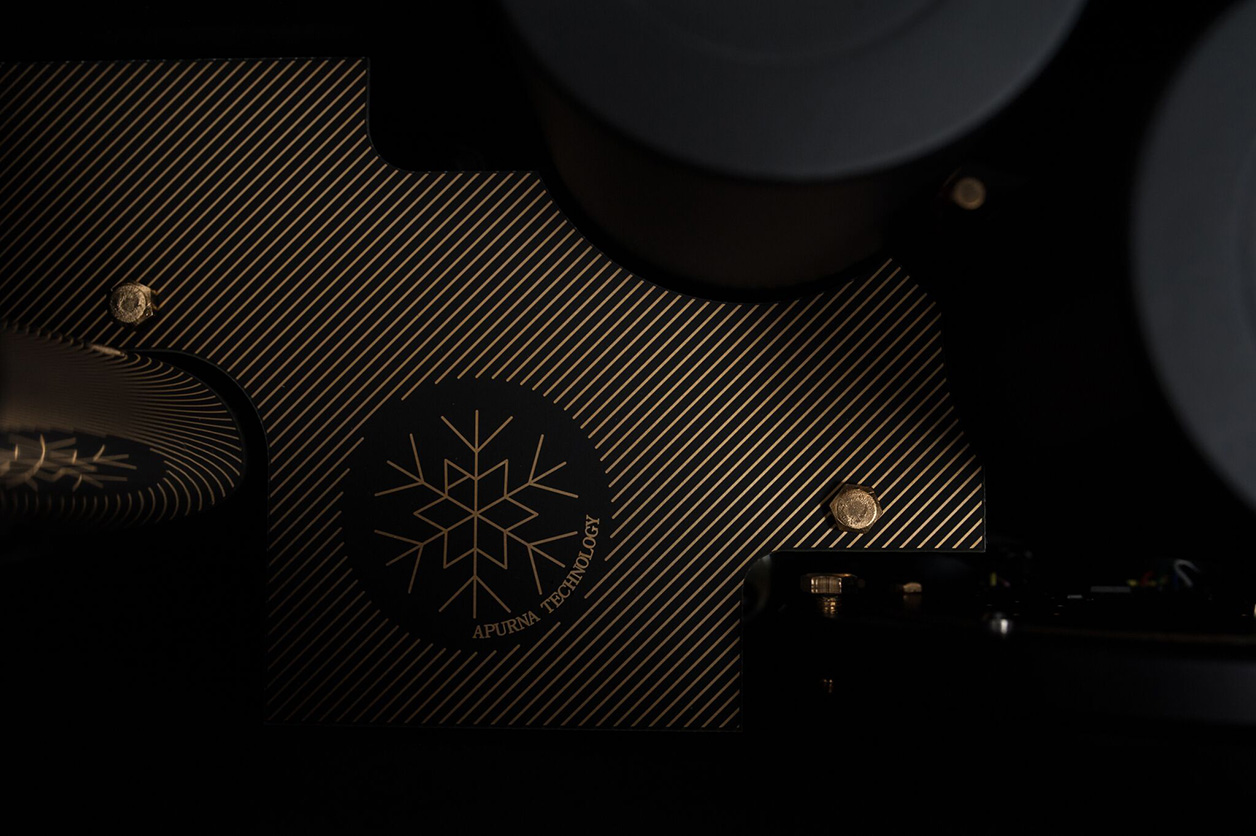 8? damping factor is >480, S/NR >120dB, which is rare for an integrated amplifier where darTZeel manage >115dB. Voltage gain is a quite standard 29dB, input sensitivity of the power stage is 1.4Vrms. The dimensions of each amp are a rather friendly 40cm square footprint with 24.5cm of height but the weight is a surprising 47.5kg. On paper, this amplifier specs quite comparable on distortion and bandwidth to Soulution's best integrated, then increases power and current delivery plus tops the sticker by ~50%. The comparison is a little less flattering with Devialet's Expert Pro 1000 but those two products don't really belong in the same world or pursue the same audience even if some aspects like their very stylized remote controls overlap. On the other hand, manufacturing strategies are radically divergent: advanced industrialization for Devialet, technological boutique assembly at the custom house of Apurna. In short, this all spoke highly for our newcomer to indicate that extraordinary aesthetics would be accompanied by the highest of current audio standards.