The range topper is the Apogée which allows switching the decorative external casing with very exclusive finishes and which outputs 230/460w into 8/4?. This is the version I received for  review and which came equipped with the built-in preamp stage and fancy remote that's shaped like a flower or butterfly. The other two amp  families are the Soprano (150w) and Evidence (200w), each with the same preamp option and that steel/faceted crystal remote. 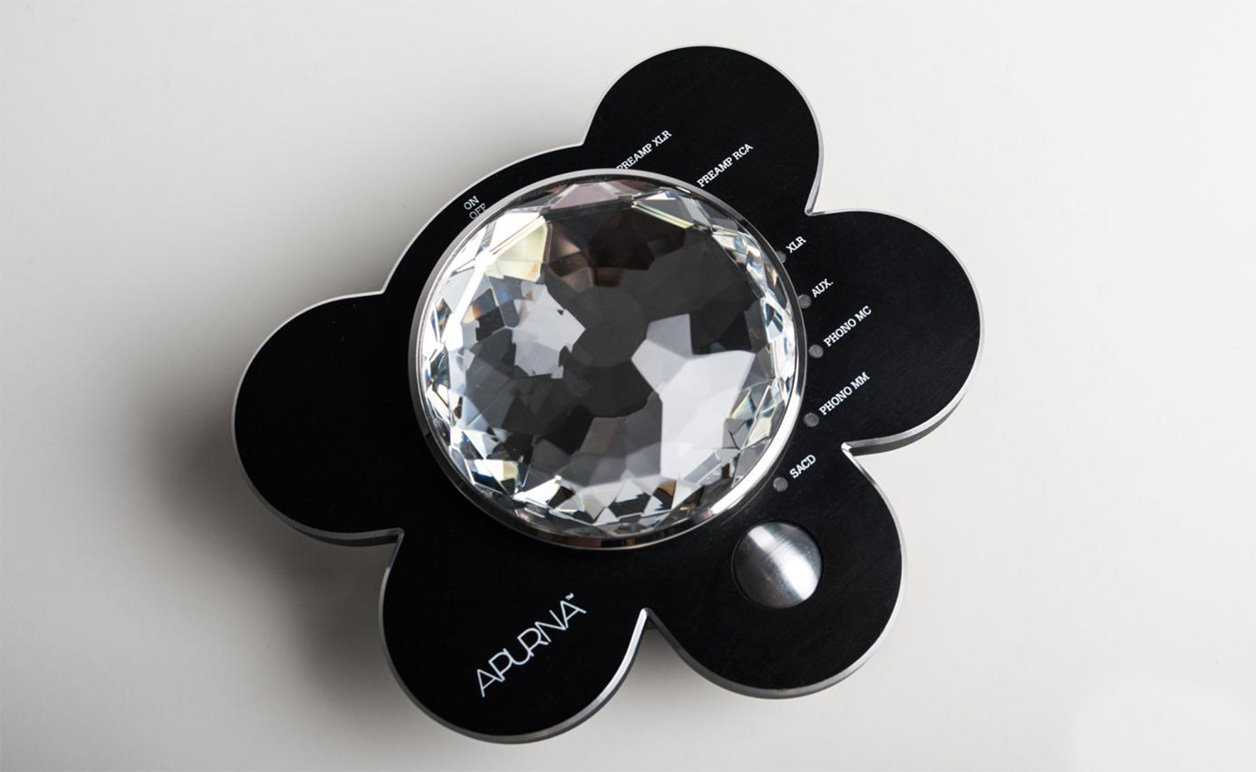 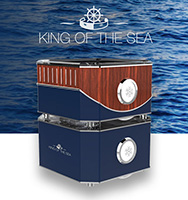 The on/off display is clearly not shy as it is a large backlit optical globe with signature snowflake logo which points at the saying that no two snowflakes are ever alike. This power display is laser engraved and surrounded by a polished stainless-steel bezel. The Apogée is fully customizable and the Borne spouses have set themselves no limits in meeting bespoke customer expectations. Soprano and Evidence offer matte, gloss or metalized paints with our without lacquer. The Apogée model adds cosmetic motifs like "Dream of romance" (leather with precious inlays), "Oriental Ginkgo" (mahogany with several layers of lacquer imprinted with ginkgo leaves) or "Vinyl vibes" (modern Art deco). That's for those of still reasonable tastes.

Beyond these, in-house designer Olivier Blanc proposes a whole set of even fancier stylings like this "King of the sea" stack in its navy blue lacquer and mahogany wood varnished in the purest luxury yacht style.

On the rear panel, the quality of manufacture continues with gold connectors of very high pedigree. The speaker output features WBT-0702.01 24k gold-plated terminations. Two analog inputs on RCA and XLR can be used in bypass mode and there's an i/o trigger.

The integrated options adds 4 x RCA and 1 x XLR inputs. The aluminum frame is machined from solid stock to ensure absolute mechanical reliability and minimal vibrations. A thick crystal top plate acts as watertight cover to prevent accumulation of dust inside accordingly to the best practices of the aerospace industry. 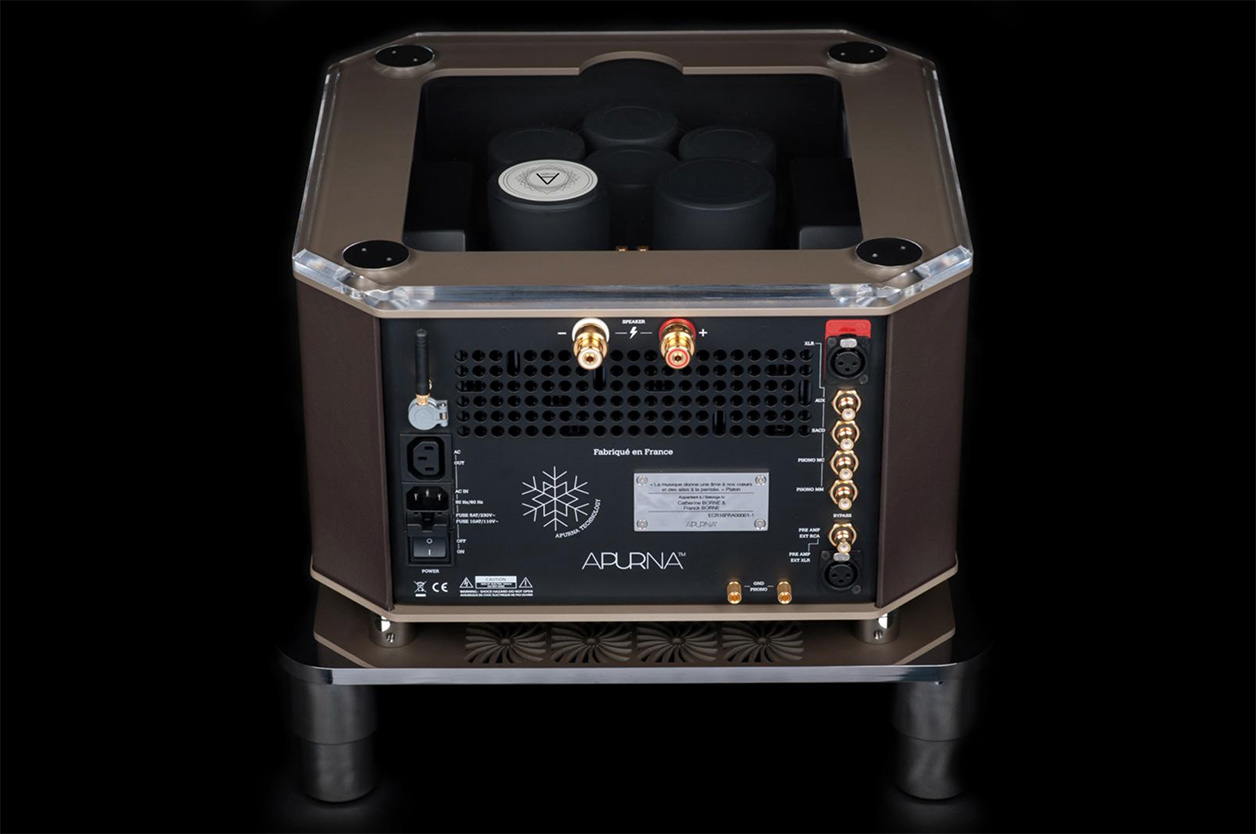 Sealing the cover exploits the four chromed stanchions which run vertically through the housing to double as footers and fixings for the crystal plate. One can extract a 'pin' in each to directly lock one amp atop the other. These tubular feet are so robust that up to five amps may be stacked for multichannel purposes if you have floors as robust as your wallet.

I started using a pair of Apogée in this vertical position which makes possible connecting them through a kind of power link for just one power cord instead of two. These two Apurna monos work in master/slave mode and synchronize via RF.  Hence the relay antenna on each rear panel.  In case of horizontal use, you will maintain reasonable distance to not disrupt the wireless link between the amps. At 4 meters apart, I encountered no issues. 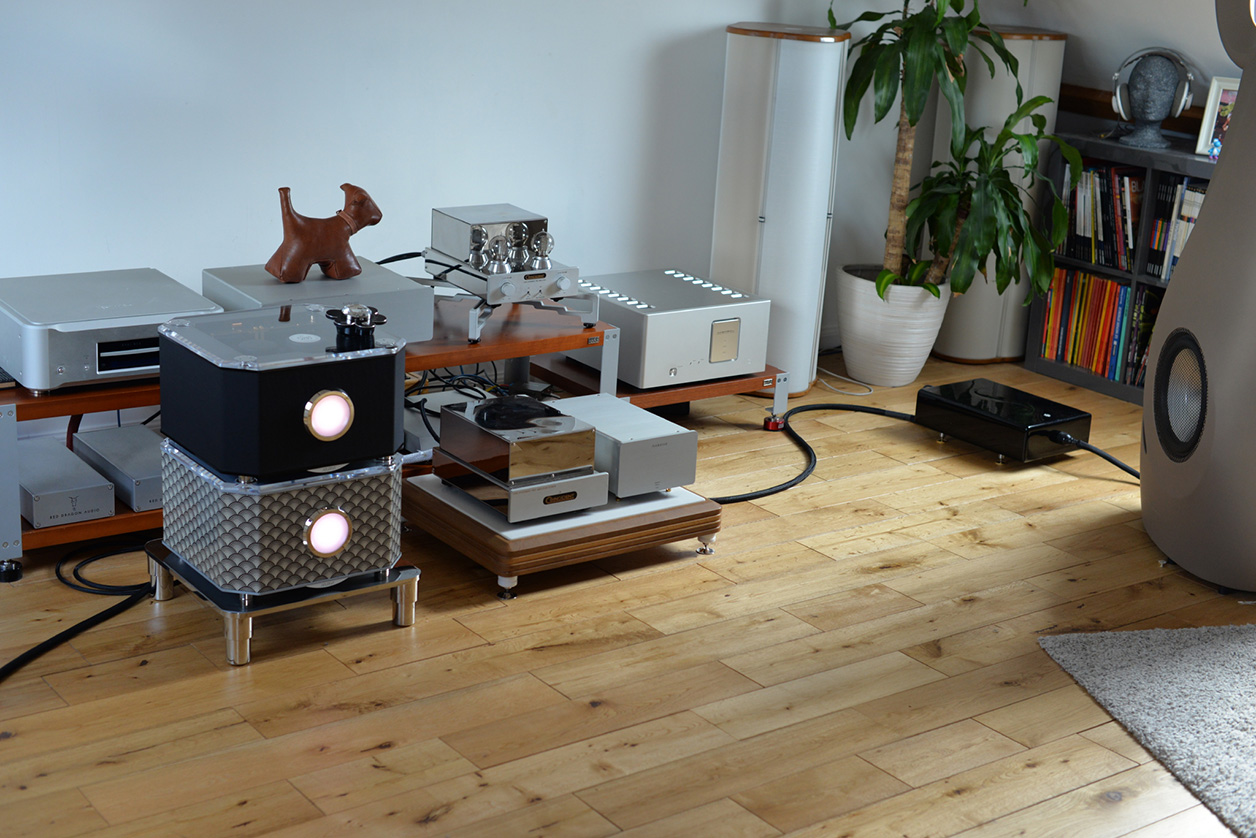 Inside five huge capacitors, two with 70mm Ø, three with 55mm Ø, add up to 360'000μF of capacitance encapsulated in black casings. A purge system automatically discharges these very low-resistance capacitors upon power-down to prolong their life span for reliability and avoid any memory effect. Two 550VA toroidal transformers are similarly encapsulated on each side within this fully symmetrical topology. The noise rejection ratio of the linear power supply is said to reach -90dB at 100Hz and the output stage reports very low internal resistance for a high damping factor. 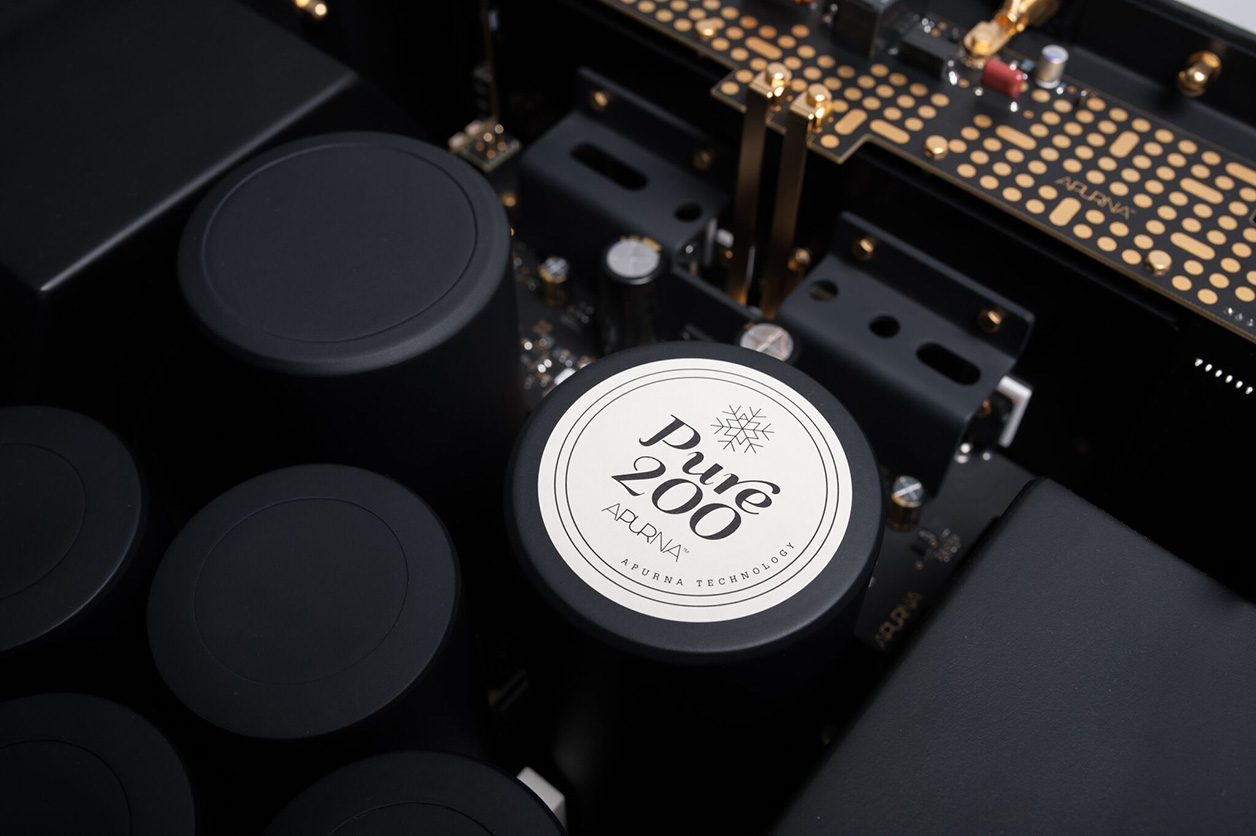 All Apurna amps are equipped with a sophisticated mains filter which operates simultaneously in common and differential mode. The electrical input is insensitive to power polarity which is managed internally. Each primary and secondary of the transformers is separated by an electrostatic screen. 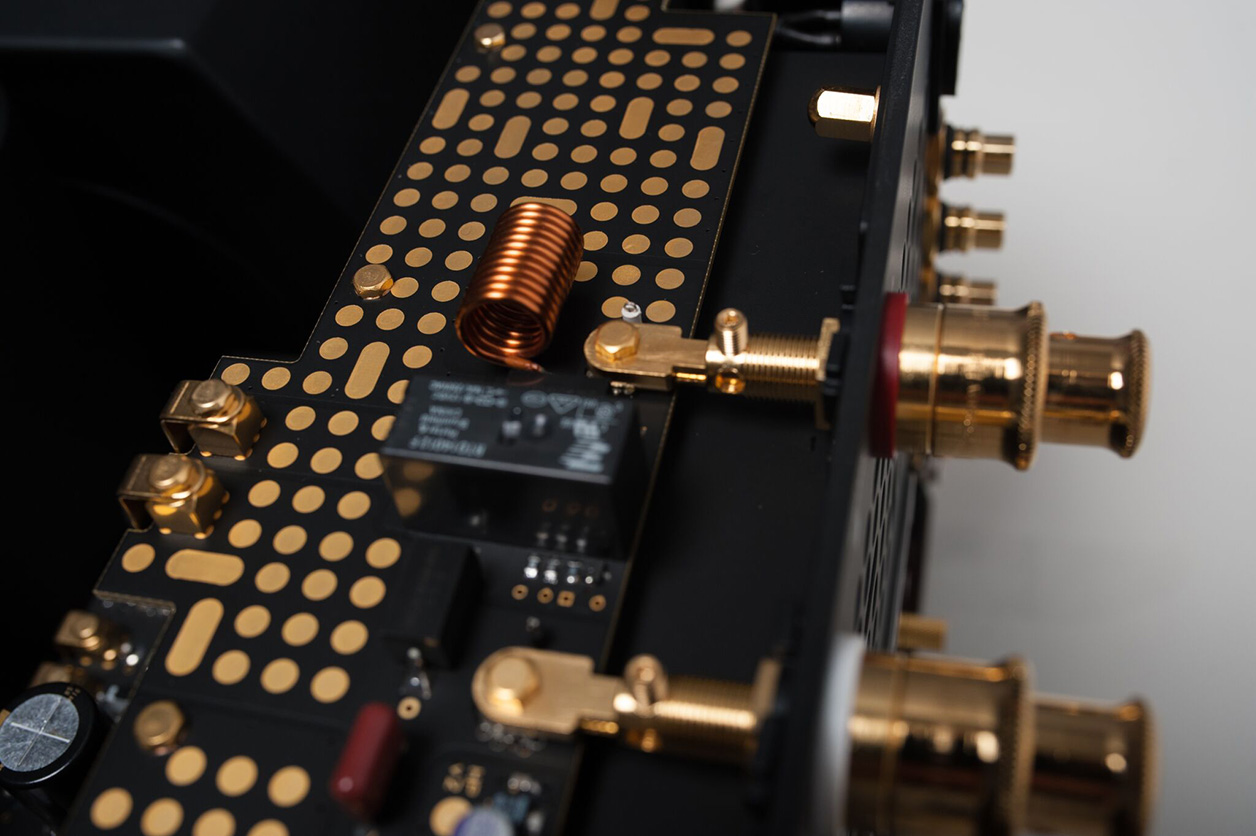