Getting bit. WIth Kang Su's extreme Mu-metal shielding for his ZL3000 interconnects already, there's no alternate version for the ZL5000. His line-level models both analog and digital thus only come in one 'best' flavour. Differences show up with the speaker cables and power cords. But first, a 1m single-ended interconnect where two of the directionally marked connector barrels are still wrapped in Allnic's blue protective foil. 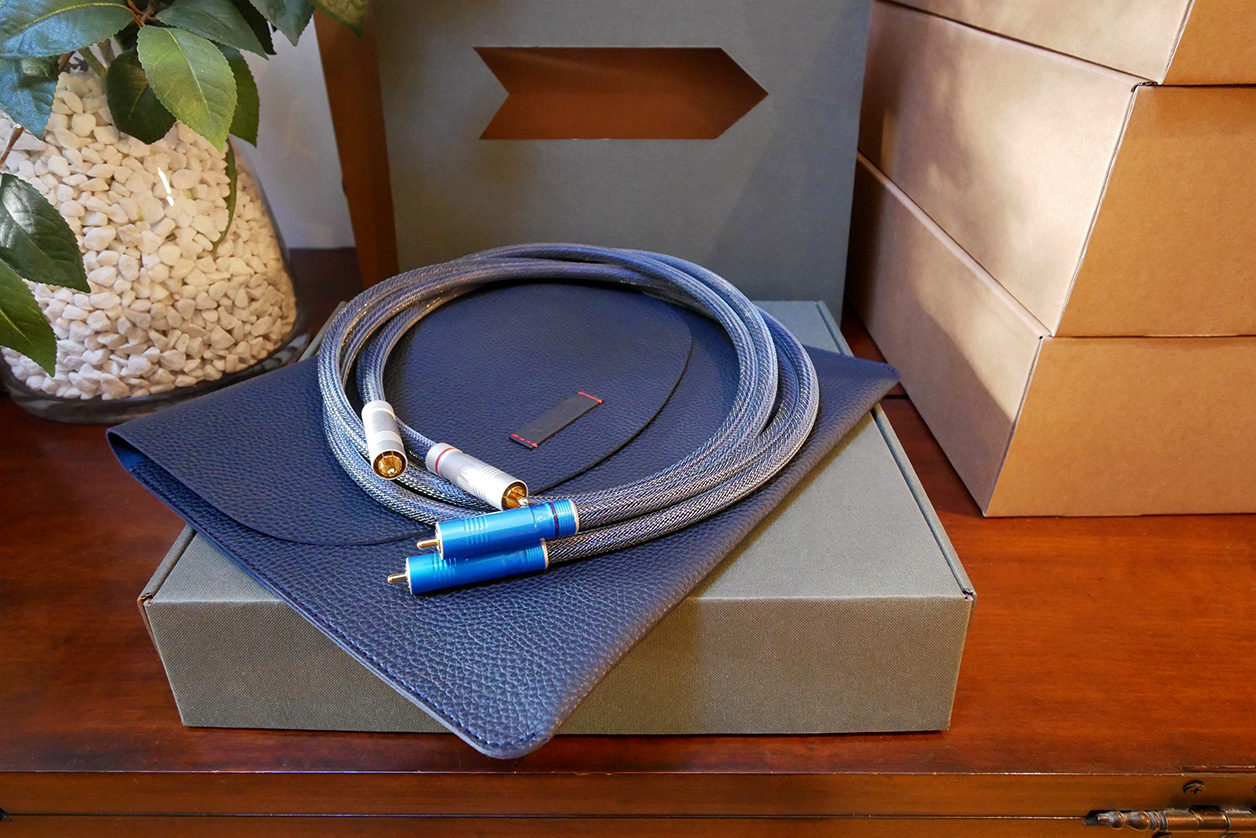 The ZL5000 speaker cable is visually distinct from its ZL3000 sibling by using clear-anodized not black splitter barrels and being thicker of circumference. 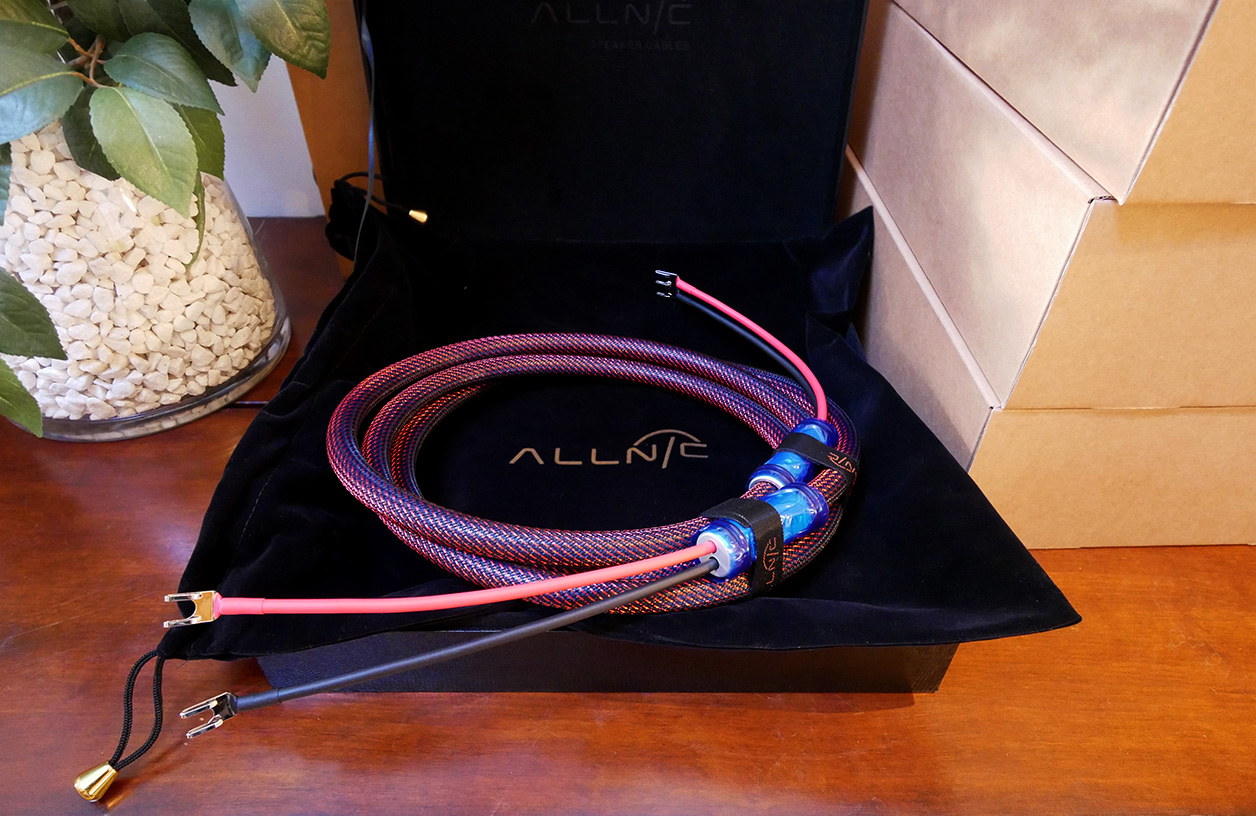 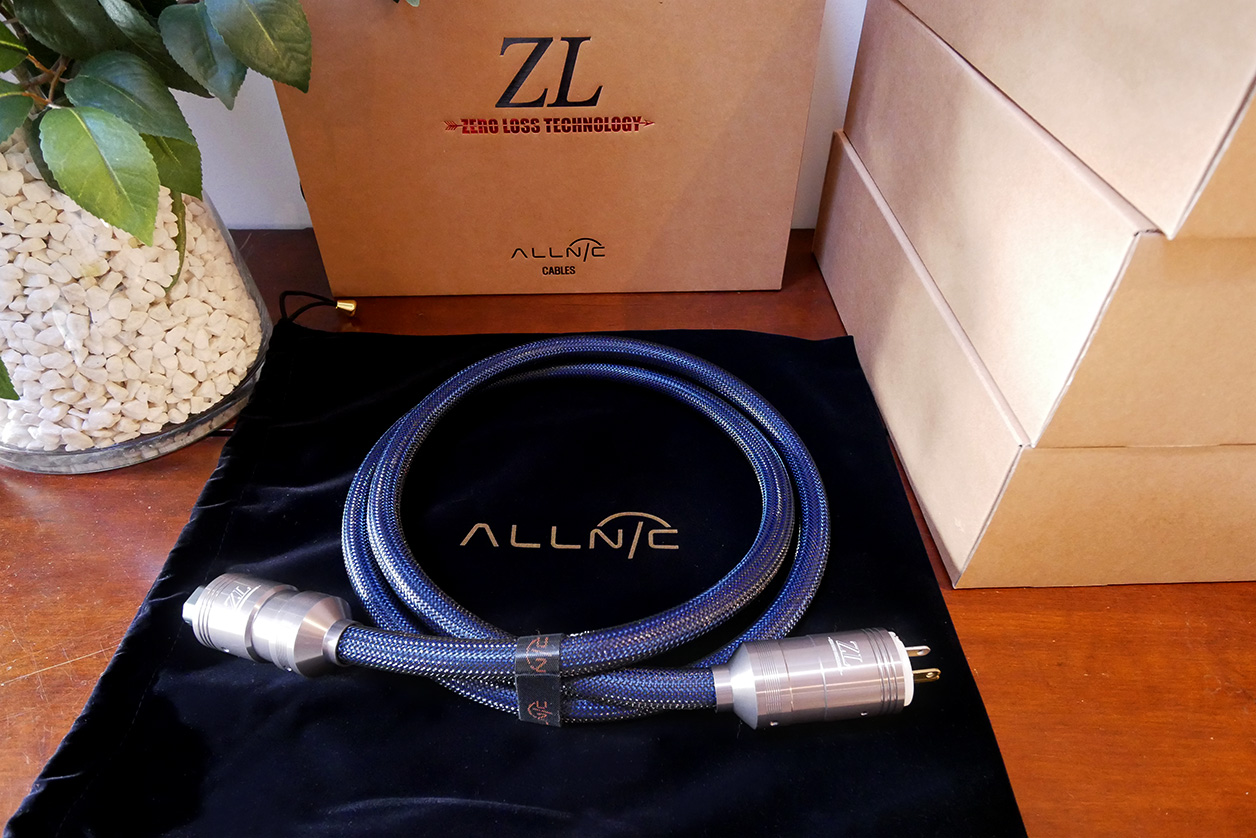 The ZL5000 power cord gets an all-black jacket where the ZL3000's is red/black like the speaker cable and also gains in girth and weight.