Caelin Gabriel, Shunyata's chief engineer, holds a patent on a similar solution. Its overview applies to our subject. "AC power transmission is typically transmitted as a sine wave at 50 or 60Hz. Power lines are susceptible to electromagnetic and radio-frequency interference because power lines are relatively long and generally unshielded. EMI/RFI noise transmitted along with the line frequency can interfere with the proper operation of electronic equipment. It is especially harmful to the sonic performance of high-end audio/video gear. It is thus desirable to substantially reduce or eliminate EMI/RFI before it enters an electronic device… Filtering methods include the use of inductive components such as series coils to limit the frequency bandwidth. Exemplary devices are low-pass filters. Another method involves the use of capacitive components such as power capacitors and bypass capacitors connected in parallel to the power line conductors. This configuration creates a high-pass shunt. Inductive and capacitive methods are often used in conjunction to create networks such as L, T and pi filters. Isolation methods involve power transformers with a usually 1:1 ratio to neither step the applied voltage up nor down. The transformer's electrostatic shield between primary and secondary windings prevents noise from passing from the primary to the secondary output. Another method involves ferrite materials. Ferrite beads are commonly used to create a low-pass filter similar in function to a coil. However, a coil stores energy within its electromagnetic field and returns the energy to the conductor. In contrast, a ferrite material actually absorbs electromagnetic energy within its molecular structure where it converts to heat. Ferromagnetic materials are primarily composed of iron commonly alloyed with other magnetic metals to create various frequency-specific ferrite materials…" 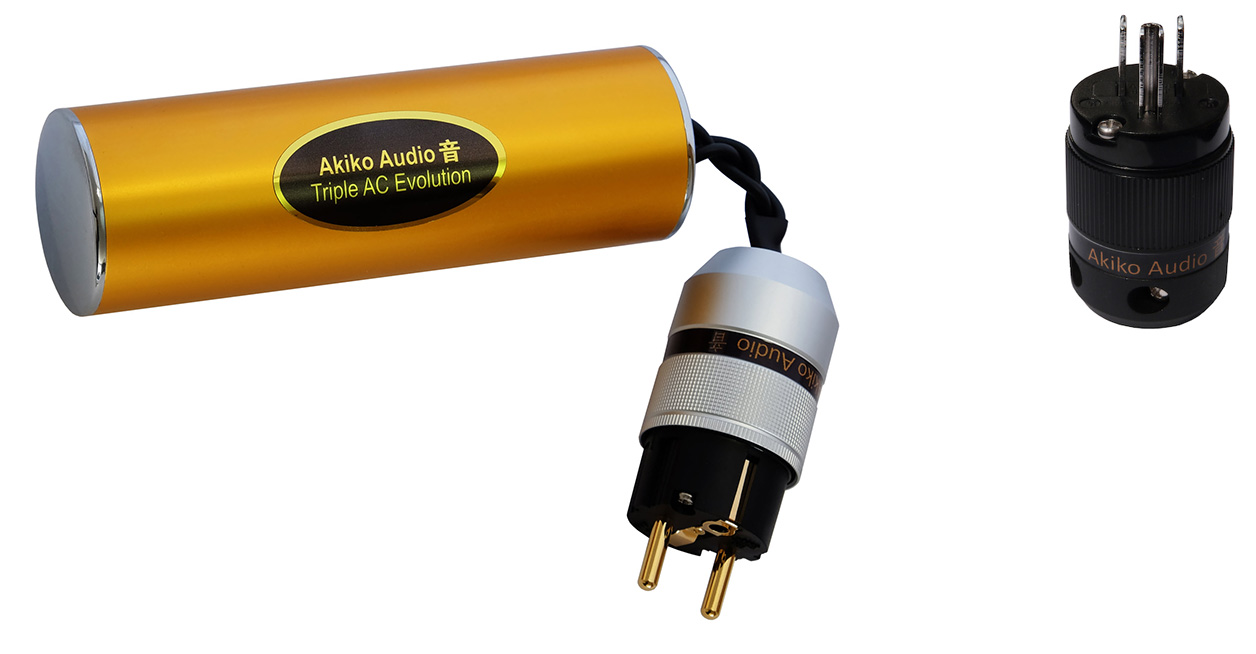 "…Each method has relative advantages and corresponding negative effects when used for high-end audio/video systems. Inductive methods and isolation transformers tend to limit the transmission of instantaneous current. Capacitors tend to ring when excited by noise transients at their points of resonance to require damping to stabilize the circuit. Since ferrite beads usually operate in the MHz to GHz ranges, they do not limit instantaneous current delivery… Similar to ferromagnetic materials, ferroelectric materials operate primarily in the MHz to GHz ranges and are therefore effective at reducing EMI/RFI. However, this method is not commonly used because it requires large amounts of material to achieve the same results obtainable by a small amount of ferromagnetic material. However, audiophiles skilled in the art of listening report that ferroelectric materials tend to have superior sonic characteristics to ferromagnetic equivalents… The following is a list of acceptable ferroelectric substances: Rochelle salts (potassium sodium tartrate), barium titanate, lead titanate, calcium titanate, lead zirconate and crystallized silicon dioxide in its various forms including quartz, silica, fused silica and silica gel (desiccant). The invention is not limited to these substances as other ferroelectric materials may be used." 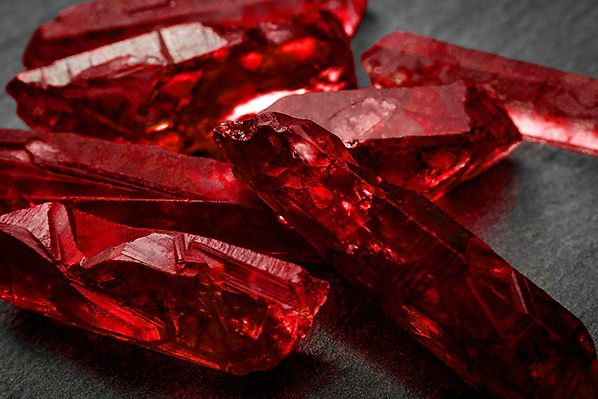 'Other' was our cue. It's in the precise makeup of the substance/s used and the ratio of conductor vs. chamber size/geometry that various such devices vary. Today we play the conundrum – er, corundum game. For fine jewelry use, "ruby has a trick up its sleeve that makes its red almost jump out. When chromium is introduced into corundum, it makes the mineral fluorescent under UV light. This means that UV energy from normal light is accepted into the crystal then re-emitted at a lower energy level and conveniently in the red region to amplify the intensity of ruby's red under daylight conditions. Any presence of iron however will usually absorb the red fluorescence from UV light. Thus the finest rubies are those which have little to no iron in their crystal structure."

Rubies are also being produced synthetically. That matters in fine jewelry but today we'd not expect to see a €450 tube filled with gem-quality genuine rubies that were ground to a fine powder for maximum contact with its conductors. Given the Dutch stick's triple chambers, might not each contain a different compound to sum three unique behaviors? Or do Akiko break out their ground connection into three conductors just to optimize the coupling of a singular compound to our ground's electrical field by enlarging their conductive surface?

Oops. Now we've barreled deep into a dead end. Pure speculation. Best back off. Get to the work at hand: subjective listening impressions. Leave Akiko's IP alone. Here I thought it prudent to remove our competing Furutech, LessLoss and Verictum devices. Focus down solely on the sound with/out Akiko. Ruby dearest? Music journo Paul Stump called Tangerine Dream's Rubycon "an acme of excellence and … mastery of primitive technology breathtaking in its audacity, tenacity and sheer artistic vision." That was 1975. How about 2021?