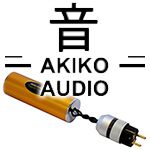 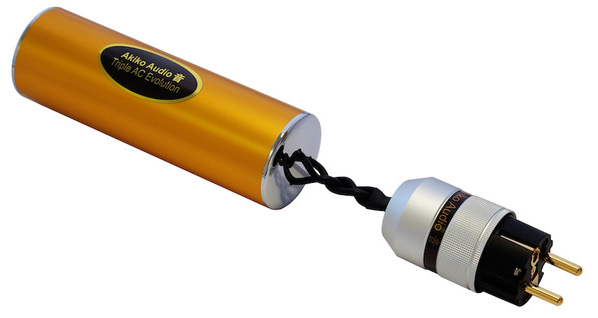 Evo not revo. Lution. That's Akiko Audio's new Triple AC Evolution. It sticks it to AC-propagating noise by working in passive parallel to your active components. That means it can't limit any current. It's the Dutchies' latest take on their bestselling Triple AC Enhancer. They call it a luxury sister. Girl power!

Like equivalent tech from Ansuz to Verictum by way of Audio Exklusiv, Chord Co., Furutech, Nordost, Shunyata and Synergistic, the secret sauce—more likely powder—seals in a housing. Here that's a nunchaku barrel anodized a suggestive golden yellow. So? Lution. Rather than sell us on a big conditioner or filter though Akiko make those too, this device only asks for a spare power plug. That could sit in the wall or a basic power strip. Nothing plugs into it. Just so it exerts an influence on anything else on our power loom. It's an online influencer if you will; an AC line influencer.

The nomenclature's 'triple' indicates how each lead of this device sees its own treatment. Its barrel action is no joint jacuzzi but simultaneous solo sessions. Inside the outer sleeve tuck three chambers, one for each twisted lead. Via EU, US or UK power plug, this only connects the multi-chambered mystery mix to AC earth, not hot or neutral. We don't expect a breakdown of the noise-trapping stuff. That's Akiko's IP. Itemizing it would only lead to clones. And Triple AC Clone just doesn't have the same ring as Evolution, never mind would be a sorry ripoff.

The general concept is well established and practiced by other brands with their own formulae. Today is about going Dutch with this passive power conditioner and finding out what that sounds like.

Common sense tells us that before a device like today's gets maximally effective so audibly meaningful, our system's resolution must be free to show it off. We won't bother with a final car polish if our rims are still greasy and our paint cakes in mud. First things first. The noise which upscale digital combats isn't ear-on-tweeter audible. It's far beyond our human bandwidth. It simply still interacts by 'loading down' certain conversion processes. The Triple AC Evolution too is about attenuating ultrasonic energies; specifically those on the AC ground. A lot of electronics designers use ground like a landfill. The noise dumped there doesn't stay put but migrates back to everything that shares the same AC earth by plugging into the power line. Such circulating noise affects the power supplies of our gear. It's not about hum/hiss on tweeters. Saying that adjusts expectations. Just so, with Aavik's three-tiered catalogue of electronics for example, it's only the amount of built-in noise-reduction tech which distinguishes their models. It's not different converter engines, higher filter capacitance or bigger power supplies. My recent review of their D-180 to D-580 DACs explained how audible a more forceful attack on ultrasonic noise can be. Akiko's stick bolts similar action onto whatever we own already. It's the proverbial aftermarket 'hotrod' mod. To weigh how hot, I had two different systems to experiment with.

"Our name Akiko has a double meaning. It's a Japanese women's name but also means brilliant while our logo's Japanese glyph represents sound. We celebrate our 10th anniversary this year and wanted to come up with a special product. The black Triple AC Enhancer has been our bestseller since its introduction in 2014. It also has a very special charm because the sound is slightly more analog. Hence it remains in our range. But of course we haven't stood still since. Especially the latest version of our Corelli power conditioner is characterized by a very neutral sonic balance. Suppressing still more high-frequency noise which quiets the background makes the new Evolution even better than the black Triple but with full respect for the clients' sound. It should improve but not change in character. That was quite difficult to achieve but the Corelli was our inspiration. The new Triple AC Evolution therefore has many similarities with its earth unit. We worked on it for two years. In that regard, the Covid 19 crisis came at a favorable moment. We had enough time to test it very thoroughly. We can't provide detailed information on our secret compound but can reveal that for the first time, the Evolution uses minerals from the corundum¹ group, a very hard stone with special properties. When your loaner arrives, plug it into a grounded socket somewhere random and don't look at it for at least a week. The material mix inside needs time to stabilize." 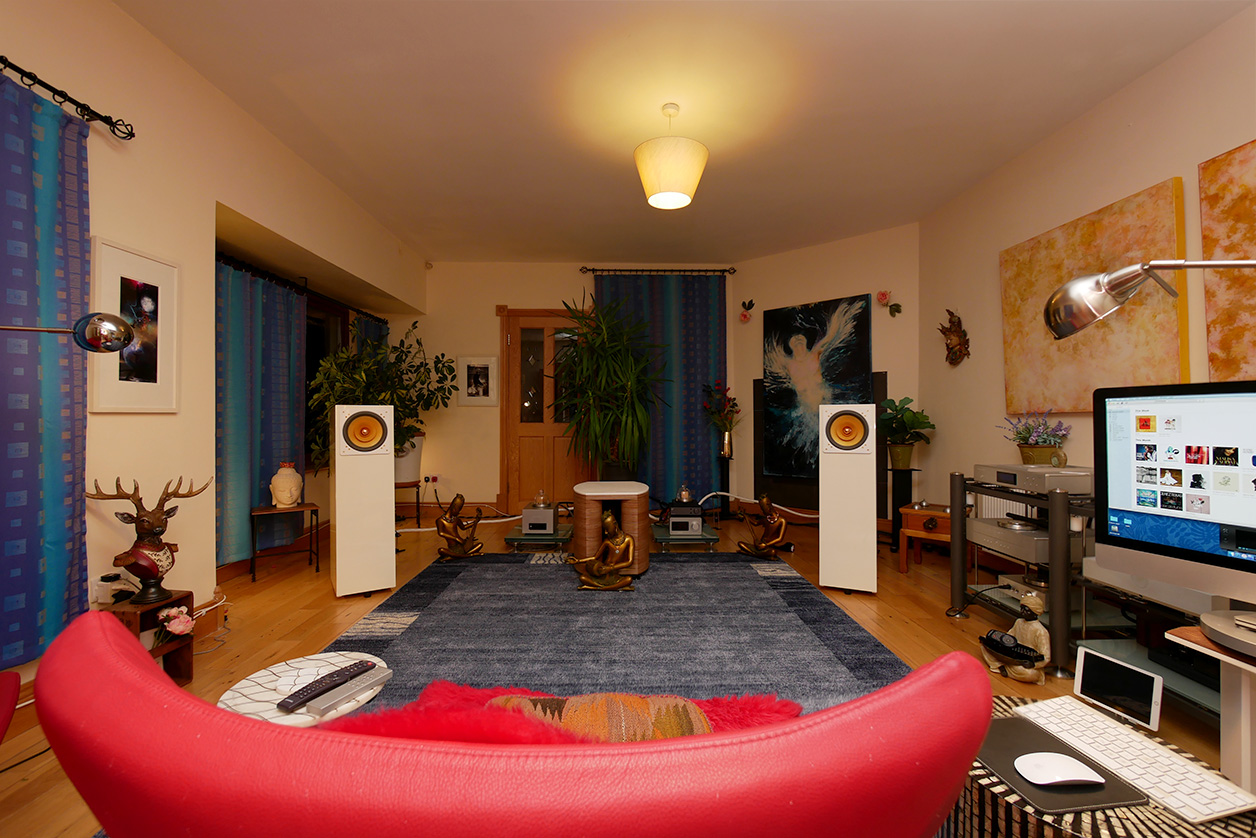 ¹ "Corundum is an aluminum oxide which commonly forms hexagonal barrel-shaped prisms that taper at both ends. It has a Mohs scale hardness of 9 so is one of the most durable commercial gem stones. It typically contains traces of iron, titanium, vanadium and chromium. Red corundum is called ruby, blue corundum is called sapphire and all other colors are called fancy sapphires." For very similar applications, Acoustic Revive of Japan champion tourmaline so a crystalline boron-silicate; and Kiyoh stone, a rare-earth element of aluminium silicate which creates high-intensity negative ions.