My Vivace loaner would have to undergo a voltage bus rewiring at AGD's L.A.HQ to scale up to the KT150's 75% extra power capacity and turn into Vivace Plus in the process. Without adjustment, standard Vivace will run these KT150 at the same power level as the KT88 for a different sound. Either way, that route is far superior to eventually pursuing different amps. It goes without saying that GaNTubes won't work in regular amps nor classic valves in AGD transistor models.

Upon asking Alberto about what hides beneath his micro radiator, he called it a depletion-mode micro GaN dual Mosfet of low i/o capacitance set to cascade mode as a half-bridge for the shortest connection between its halves. He can switch it at 768kHz PWM but prefers 400-500kHz as the operational sweet spot. I was told that this is determined by a power stage's own switching and the transfer between it and the power supply which can't have spikes or/and delays or distortion will result. This tells us that it's not one specific part which matters. The entire circuit must be optimized. It's the switching PSU, the PWM block responsible for voltage/current conversion and the glass-enclosed switching output stage. Alberto explained that if switched at 1.5MHz, his parts would work just fine but incur switching losses from increased temperatures to become counter-productive.

Vivace is inherently symmetrical and its two inputs operate independently. Both can be fed with simultaneous signal without interference due to the XLR-RCA commutation at the output of the unity gain buffer. On fit'n'finish, Vivace scores very high to look like luxury hifi. It operated flawlessly, was instantly ready for action, ran pleasantly cool at high SPL and right up against my speaker's drivers was dead silent. All things considered, AGD left no room for complaints from any practical point of view. Although you might, I didn't miss a standby switch on the front. If their ask is too steep, Alberto's half-priced far smaller Audion monos aren't too far off says Srajan. 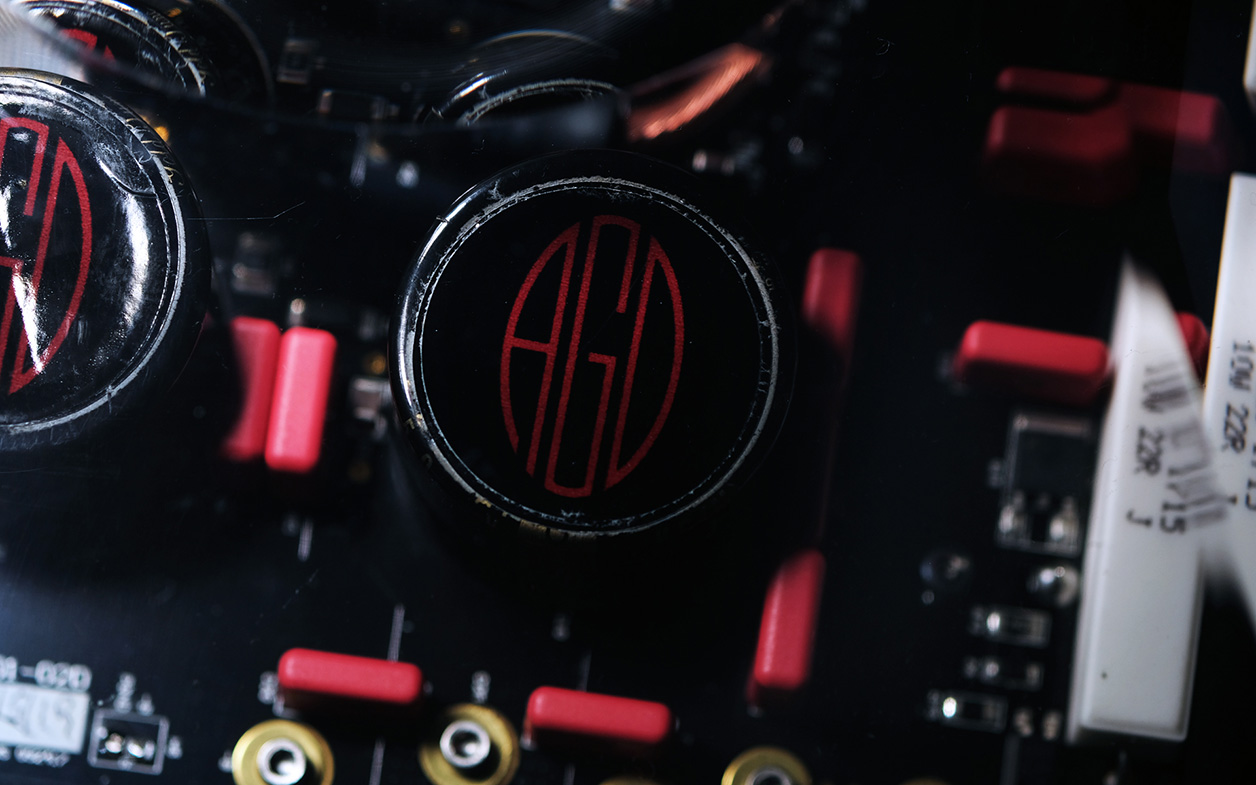