The sonic reality was the exact opposite. Black "chocolate" sounded faster, rhythmically more adroit, had more energetic treble dynamics and no sense of mild cloud cover. White "vanilla" was slower, darker, with a slightly lower tonal center, hooded top and more boisterous bloomy bass. The Kroma operated in the thicker signature Harbeth milieu of saturated colors and chewy density. The Acelec prioritized clarity, rhythmic tension from pricklier not relaxed timing and more energetic vigor. If I wanted to gently move the Dutch toward Kroma turf, I'd swap the 'super 45' modern Elrog 50 triodes in the Vinnie Rossi direct-coupled preamp for vintage Western Electric 300B. If I wanted more of a course correction, I'd replace the 1MHz-bandwidth DC-coupled class A/B LinnenberG monos with the fatter bassier earthier class A Pass. Mentioning such tweaks circles the wagons. A speaker's or component's self sound can't ever be assessed directly. It only makes sound in conjunction with other gear whose own self sound is just as untouchable. It's about endless triangulations creating approximate aural personality profiles. Fully active speakers with digital inputs are the near exception. But different digital transports and power delivery still induce minor shifts. Incidentally, the Acelec Model Two is the One with 2 x 60-watt active drive. 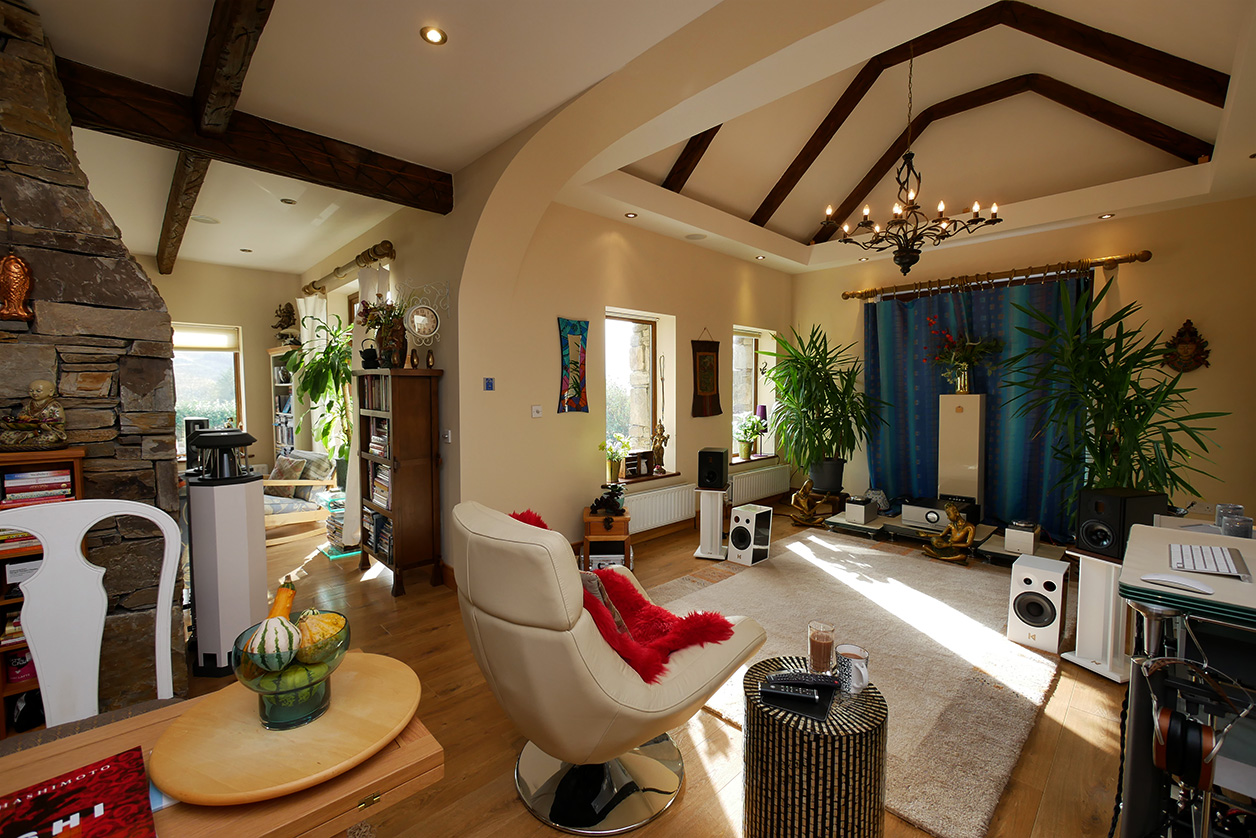 With its bigger cubic volume and larger mid/woofer, I expect Mimí to ultimately go louder to play the larger rooms. For our purposes, such limits simply weren't anywhere in sight to take more impervious ears to suss out. Educating the same equation would be the desire for club-ready low bass reach and output, counts on which the Spaniard can stretch credulity to clearly trump the One. Put different, in this particular setup of ca. 100m² when the entirety of open space from three different 'room' areas is considered, Mimí could still go solo. For synth-heavy or other fare with significant excursions into the first octave, the Acelec would benefit from assist with our Zu Submission subwoofer. That's intrinsic to such a compact box with single small mid/woofer. In fact, small- to mid-sized rooms were part of its design brief going in.

Doing the Pass/LinnenberG shuffle with Eda Karaytug's take on the classic "Sehidin Vedasi" from Masum Ask kept the focus on 'normal' music not obscure infrasonic extremes with electronica or organ recordings. As expected, the Model One didn't drop a thing. I felt that listeners keen on its sonic aesthetic would prefer our class A/B amps. They were more lucid, aspirated, separated and detailed. They made more hay from the speaker's own skills. The warmer Pass slowed them down and fattened them up. This extracted trade-in payment on resolution and the virtual stage's holographic aspects. The advantage of Cees' 4.7" mid/woofer was deeper insight into the presence band where the 6.5" Kroma version thickened up. If you fancy that particular intimacy of a singer's full-throttle deep-throat magnetic directness, you'll gladly sacrifice a bit of low-end rumble. Or, use a more appropriately sized room and that comment won't even apply.

Like upstairs, I didn't hear anything clinical, cold or hard from this very hard cold cabinet. If you automatically associate one with the other, rethink that reflex or miss out on proof to the contrary. What about truly hard-hitting stuff then? Here little is more of a blast than the extended remix of Yello's iconic "The Race" at Maxell-man levels without hair gel. The cabinet's refusal to flex and inject mechanical distortion honed the leading-edge rusty snarl of the industrial effects whilst the steeply attenuated filter protected the AMT from mayhem. The brutal drums and expertly laid-out virtual panorama cracked hard and tracked very visually wall to wall. This successfully conjured up the intended lads-at-the-track vibe of noxious exhaust fumes and burnt rubber, of gnarly machismo and braggadocio. Here slower fuzzier speakers with their dynamically more reticent tweeters just don't meet Yello's bar. For a shrunken box, the Acelec very much did.

Conclusion. Going in, I should have known. Cees Ruijtenberg's prior Metrum track record pretty much guaranteed that his opening claims for these new speakers would err on the side of modesty and caution. But still I was caught out by how potent the Model One turned out to be. Our upstairs room reflected its intended habit. There it really did have me wonder whether, at this price, it couldn't be one of the most accurate yet simultaneously most fun speakers around. Its ad on the audiophile Tinder app could read "have vroom, am willing". Given the global market's abundance of fierce competition, nobody could possibly know for sure what ranks on top. It's simply obvious that for this caliber of drivers in this heroic a box—aluminium deadened with bitumen and rubber seams—one expects to pay more with big established brands who even have any direct equivalents. There aren't many. Two years ago, Roy Gregory's review of Stenheim's Alumine 2 listed it at $14'975/pr. A 2019 UK news post for Magico's A1 called it £8'888/pr.

The defense rests its case, your honor. Let him go home now to his new family. They can't wait to welcome him… 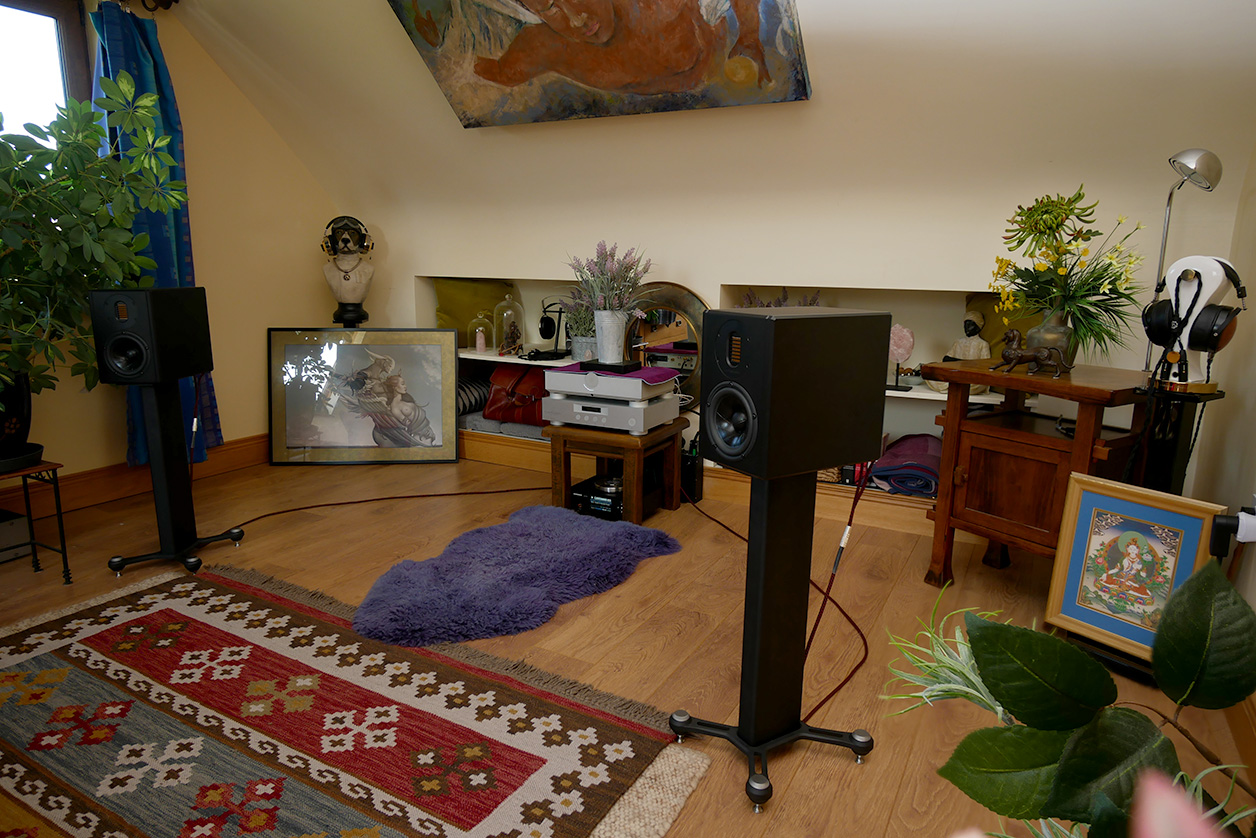 Cees Ruijtenberg comments: "Thank you very much for the nice review and we're glad that you had similar results to what we had during the design period. It may be interesting for your readers to know that we already juggle around some ideas for active subwoofers for each channel to have the same footprint and replace the stand. At the same time these subs would remove energy from the satellites though still need a standard amplifier to drive them. Imagine some electrical fun with opposite currents or rotating vectors. Also, these subs should be able to take a digital input to complement the active Model Two. But it'll be at least 6-8 months before those bass extenders are ready." 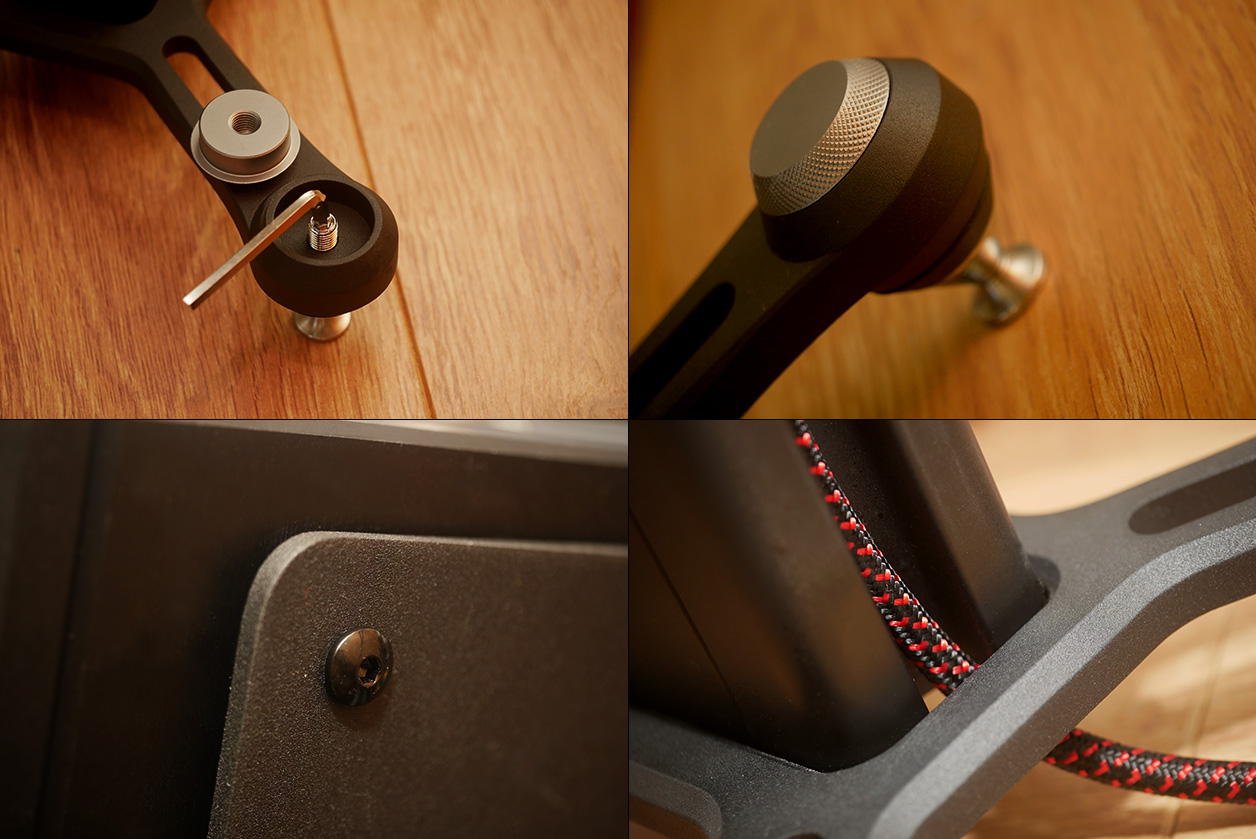 Postscript. When time came to send my loaners back, withdrawal symptoms instead meant a purchase with the optional stands. Once those arrived, I just had to add a few words about them. Don't consider them optional! Made by Monitor Audio with a top plate adapted to the Model One's footprint and bolt holes, it's the perfect grounding rod for this loudspeaker. Delivery in a very well-engineering carton includes two vibration-absorbing pads to go between top plate and enclosure; and rubber and hard ring spacers for the included fixing bolts which lock the interface into one rigid structure. There's a rear channel for neat cable dressing and the central column includes two hollow chambers which can be filled with sand or lead shot. I used cat litter. The spike footers easily adjust from the top with the included hex key, then cap off with the knurled dress heads. These are very well-designed/built stands. Not getting them if your Model One boxes don't end up on a lowboy or other piece of furniture but in free space instead would be folly indeed 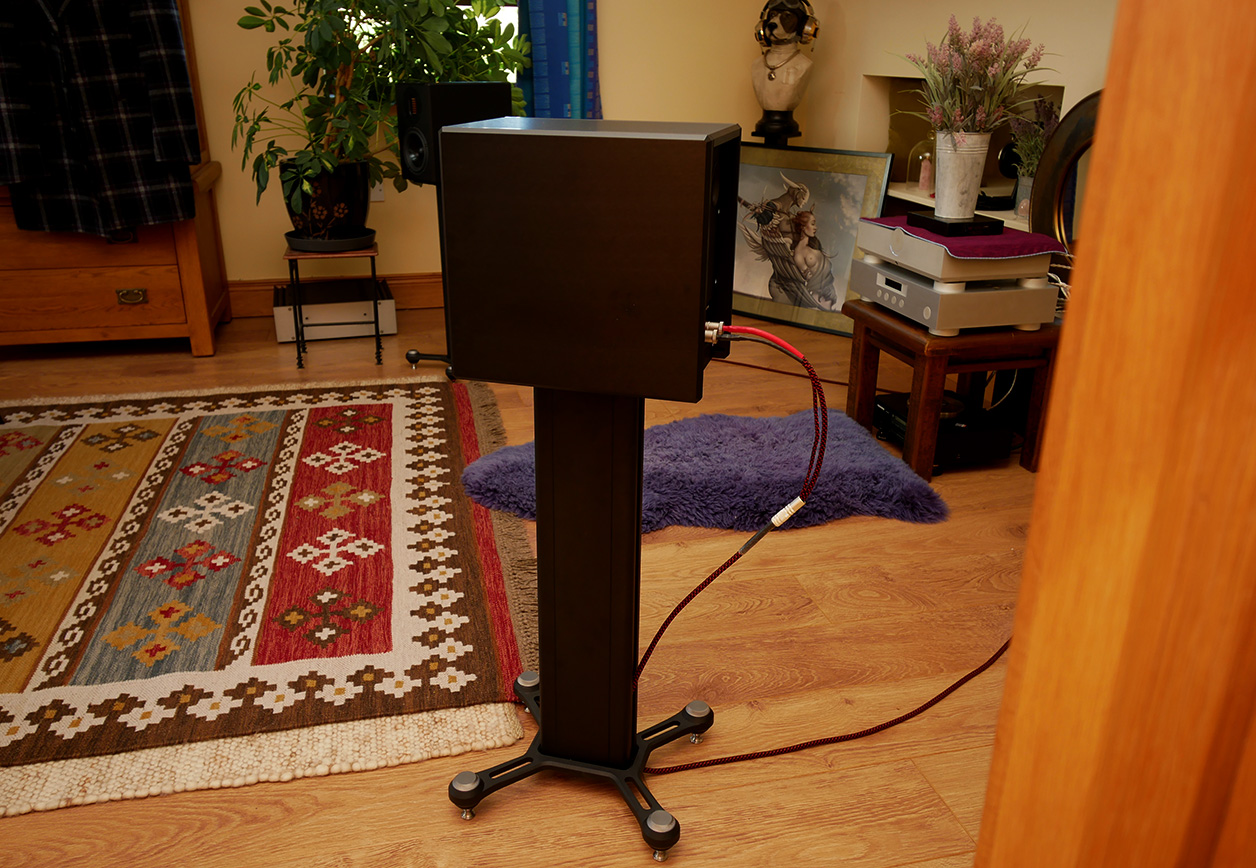