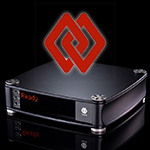 This review first appeared in May 2022 on HifiKnights.com. By request of the manufacturer and permission of the author, it is hereby syndicated to reach a broader audience. All images contained in this piece are the property of Dawid Grzyb – Ed. 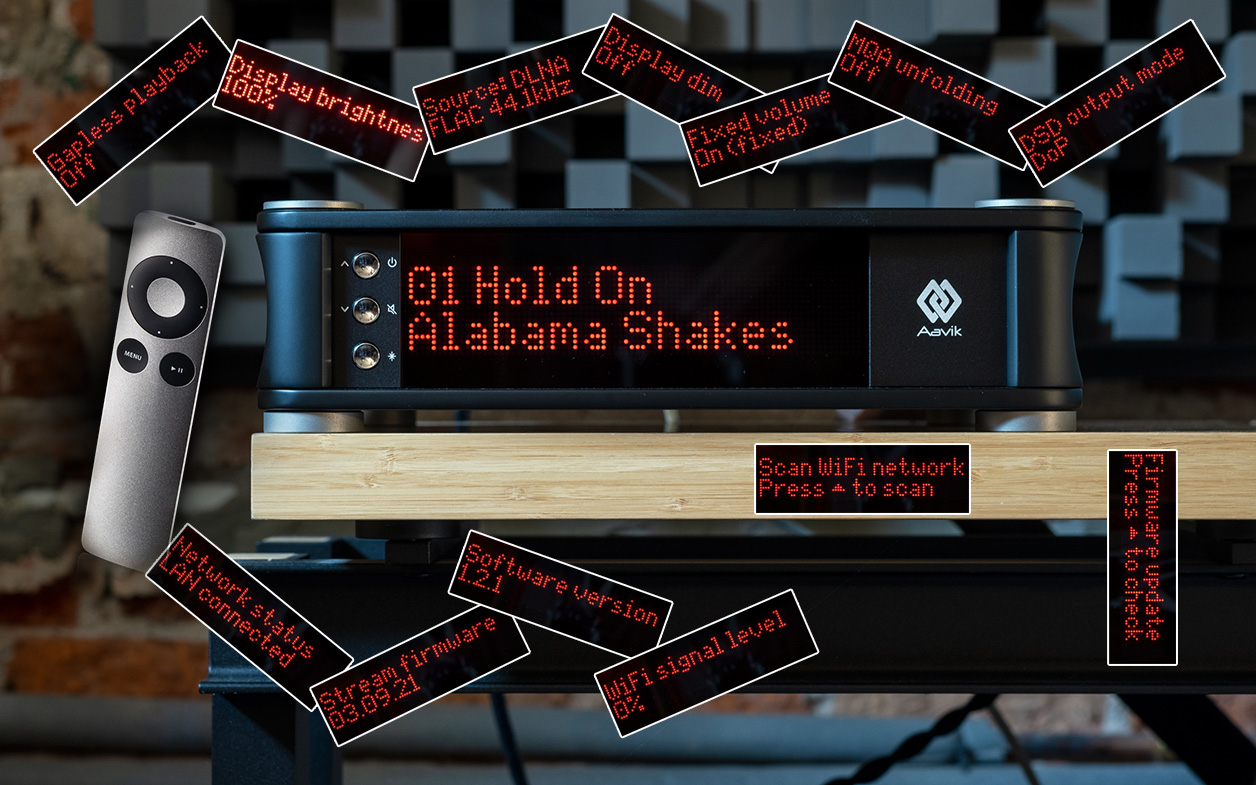 Audio Group Denmark's brand of Aavik electronics includes three streamers whose most affordable version of S-180 came my way. So here we are, a good week past Munich HighEnd 2022. Since this event felt different, let's start there. Shortly prior to such exhibitions, I carefully plan out my route, make appointments and double-check all serious photo hardware to come along. This year I purposely left it all behind. It turned out that a smartphone and the ad-hoc cooperation between two well-organized chaps can really go a long way. Srajan made that point in his no-show report. Our MO was simple. My phone pix sent his way during the event's two trade days were the base upon which he elaborated in real time. He could do what he enjoys most—write—while I had fun providing casual content far quicker than usual. Our sniper-spotter affair also fleshed out a rather clever report form that doesn't have to stick but might. Moving on, three years was long enough to develop a big appetite for the many show attractions but judging rooms, systems and sonics was entirely off my radar. I only came to chat up industry folks I'd not seen since 2019. If missing familiar faces far more than racks of fancy boxes, cables and accessories is a crime, I'll happily plead guilty.

Although the MOC's halls were a touch less busy with extra leisure zones to fill open spaces, I heard no complaints about attendant traffic. Everyone seemed happy to finally be back after a long hiatus. The omnipresent sensation of camaraderie, relief and appreciation for being once more on shared soil felt particularly wonderful. Suffice it to say, Covid-19 and the Ukrainian war developing not too far from my doorstep were stark reminders not to whine about silly things and be grateful for what we have. Lucky bastard is what I now often think in the mirror and during my Munich stay, I felt lucky indeed. Its Hall 4 greeted me with twin rooms of systems comprised of Audio Group Denmark's Aavik, Ansuz and Børresen brands. An entire new army of kit entry-level and bleeding edge across all three rosters included Ansuz's new D-TC Gold Signature cables based on a copper/gold/silver alloy; Aavik's 200wpc class A push/pull integrated baptized 880; and Børresen's M and X speaker ranges. Needless to say, their designers had to be exceptionally pleased that this year's HighEnd event actually took place. 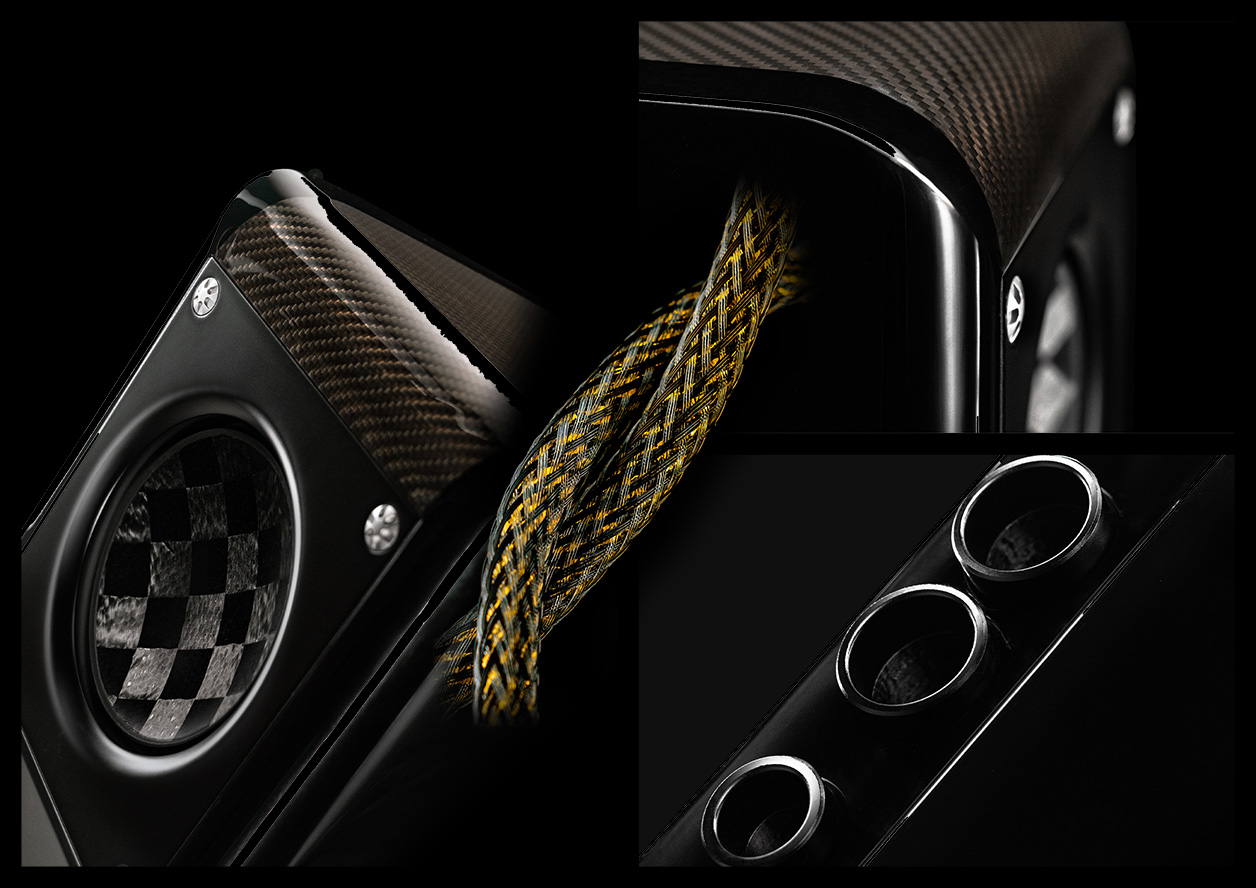 Børresen's latest monitor opening up the next top X range premiered 3D-printed zirconium baskets, cryo-treated solid-silver pole pieces, titanium-infused Nomex cones and a €100'000 sticker. The gold-plated power cord demands €60'000+ while the new integrated styled by none other than Gryphon founder Flemming Rasmussen is shaping up to be even more. By stretching their new offerings primarily upward, our Danes communicate how much untapped performance reserves they hold in stock for those willing to spend upper five to lower six figures on one product. Although reaching for the sky is tempting, it remains to be seen whether I can follow. In the meantime two boxes with the Aavik logo were already in Warsaw waiting their turn. Since I skip Audio Group Denmark products already covered by Srajan who himself stays clear of streaming, that product range of theirs demanded my eventual attention. Although Aavik's streamer family is fairly new, its designers' relentless pursuit of performance had me nonetheless intrigued. The two Ansuz products I reviewed recently were very costly. I wanted this story to be less wallet intense for a change. Aavik's S-180 at €6'000 was the perfect fit.

A standard-issue cardboard box with large interlocked red logo housed Aavik's signature semi-matte black component between two dense precisely cut foam cradles in a cloth bag. There were small compartments for accessories, a manual and Apple's sleek remote for volume, inputs, standby, pause and menu. Although that wand worked swell, I wouldn't be averse to a black version with red controls to match Aavik's well-established color scheme; but that's just me. The absence of a regular power cord was no surprise. Customers buying products like this consider them throwaways and Aavik know it. Their new 2022 arrivals aside, all products in their lineup still share the same 102x384x400mm HxWxD HDF enclosure for its anti-resonance properties and freedom from paramagnetic aluminium's hysteresis effects. It explains why the S-180 looks and measures exactly like an I-280 integrated whose substantial volume knob is the only thing to set them apart. Aavik's entry-level streamer can be used as MQA decoder and Roon endpoint and is compliant with DLNA 1.5 and UPnP AV 1.0. Its enjoyably light 5.2kg and compact footprint made it a breeze to lift and move. Its digital outputs limit at 24-bit/192kHz. Power draw is below 0.5W on standby, less than 20W in use. 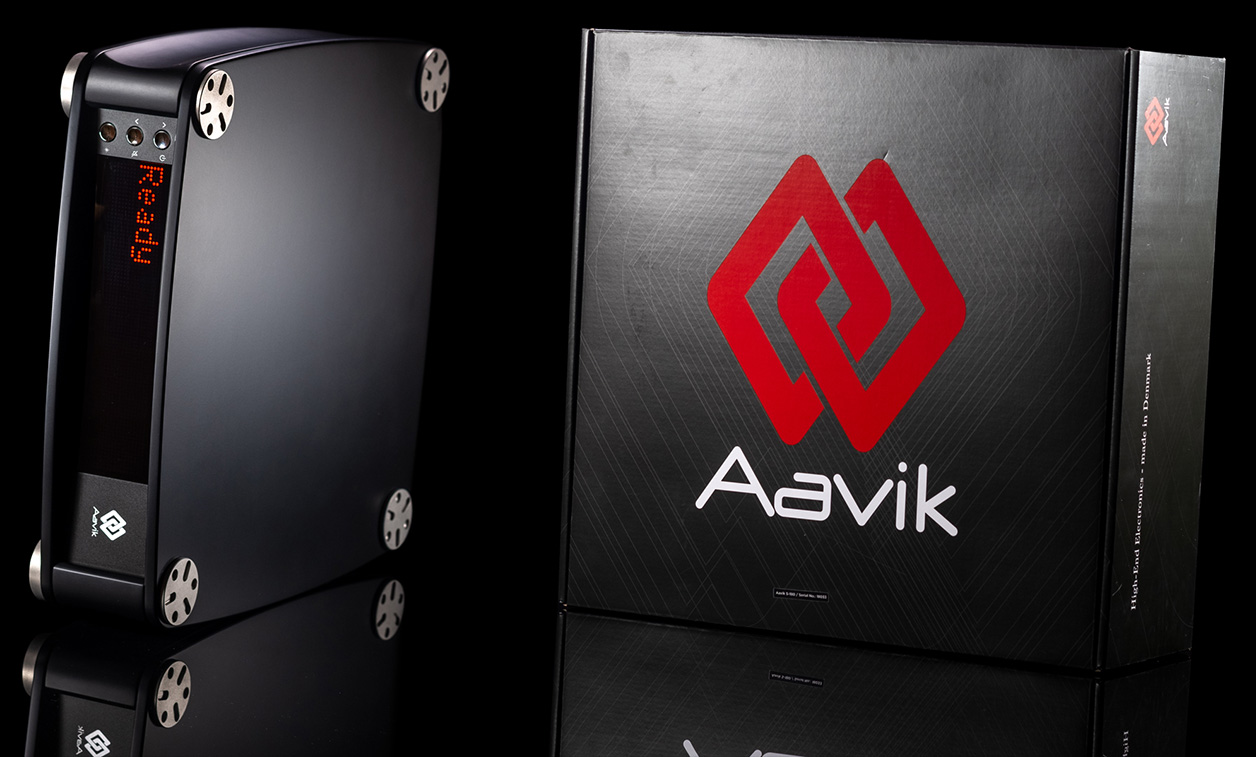 The exterior comprises two concave cheeks between which upper and lower plates snap together via four long vertical bolts with dimpled end caps on either side. Those discs allow one to stack Aavik components with or without Ansuz decouplers. Three titanium balls per disc are all that's required to add isolation. The S-180's minimalist Scandinavian dress code strikes a perfect balance between mechanical damping, stability and sharp looks. Three multi-functional buttons on the left front engage standby, mute, remote pairing, menu access, volume and inputs. A gloss-red dot matrix displays letters large enough to be perfectly legible from afar. A single LED either in the lower left or right corner cleverly indicates whether the product is in standby or fully operational but with its display off. 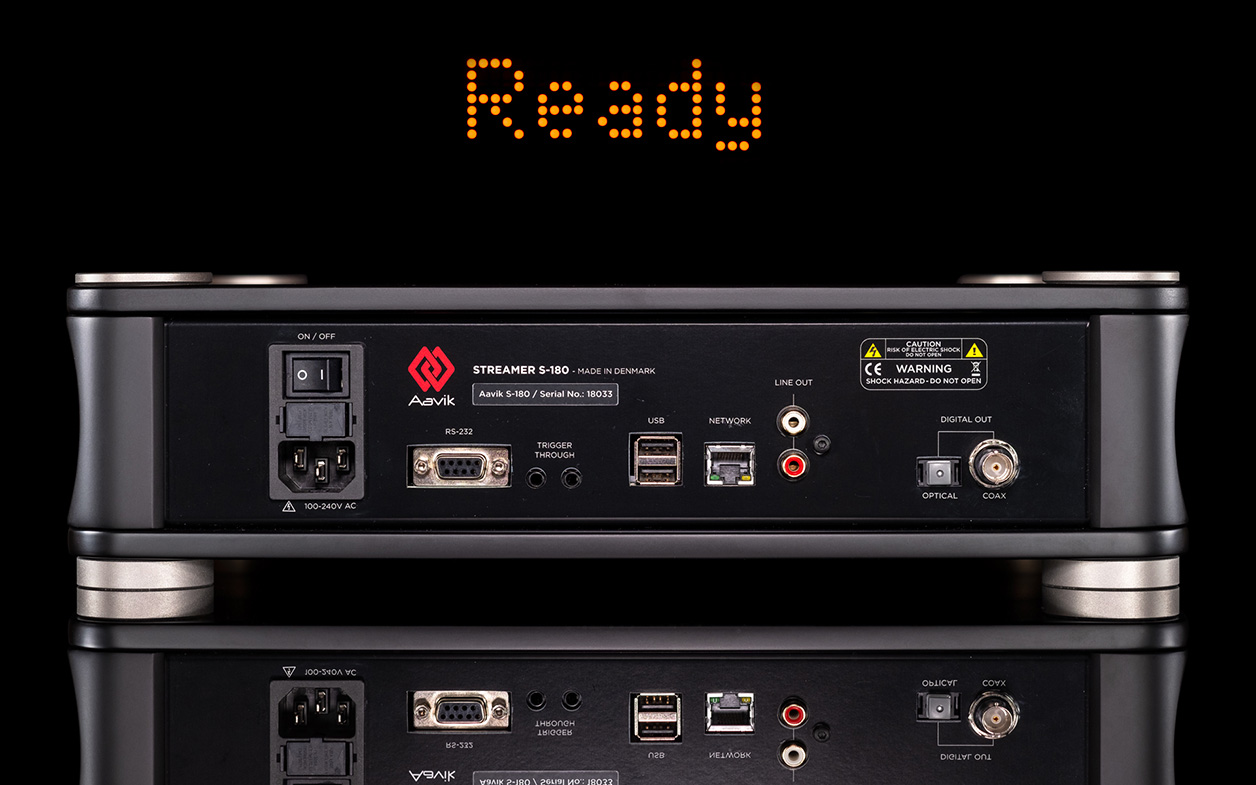 From left to right, the S-180's business end features a fused IEC inlet with power mains, an RS-232 port for firmware updates, two DC trigger connectors, two USB type A sockets for music thumb drives or WiFi dongles to effectively turn this into a wireless streamer. The RJ45 input connects to a router and the adjacent RCA outs inform us about an internal DAC though Aavik don't market that and I'll still explain why. The digital outputs are limited to optical and BNC. Upon asking why USB was struck off, I was told that this interface is sufficiently inferior to not be worth bothering with. Popular or not, to me that answer didn't matter. My DAC features a BNC input and my musical diet consists of mainly Redbook so I didn't miss USB. You might.