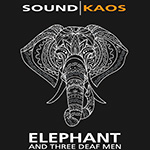 "The elephant and three deaf men will be presenting sound|kaos speakers with Bakoon International amplification at this year's Hifi Deluxe show in room #317 of the Munich Marriott hotel. 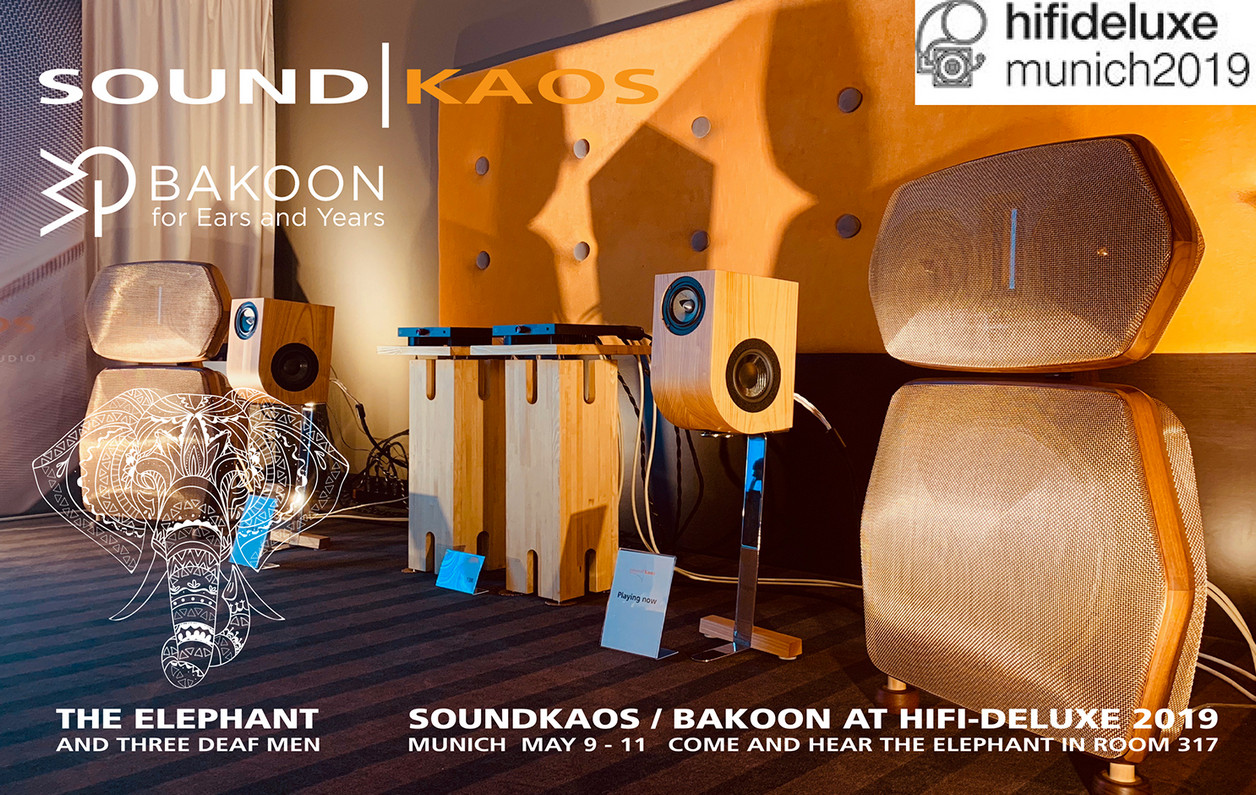 "Libération and the final version of Vox 3f will be on demo together with Bakoon's mighty AMP-13R. Show days are May 9th – 11th from 12:00 to 20:00. The usual Swiss chocolates will be on offer and we are feverishly working away on a secret new project. So if you are attending the HighEnd Munich show, why not come and hear the elephants in the room?

You never know. You might just be in for a surprise." 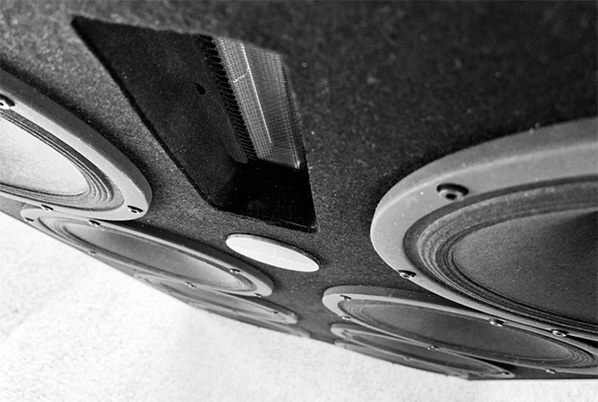 Could that be a crash course in chaos theory?

There was more, a teaser photo accompanied by "what's a foot? Six of one, half a dozen of the other – answers in Munich." My foot.

Clearly baffled openly, this new model has nine drivers per side. Two Armin Galm Enviée widebanders have added mass to their voice coils to hit a new 45Hz resonant frequency. Six paralleled 8" woofers exceed in compound surface the 18" woofer of the Libération by 10% and up sensitivity by 2dB.

"Still a bit of tweaking to do but we should be good for a Munich test run."

That was Martin Gateley emailing in two days ahead of show time.

Given the woofers' diameter, total baffle width should be less than 24", height could be less than 60". Only attending the exhibit would know for sure but clearly Libération had sired an offspring.