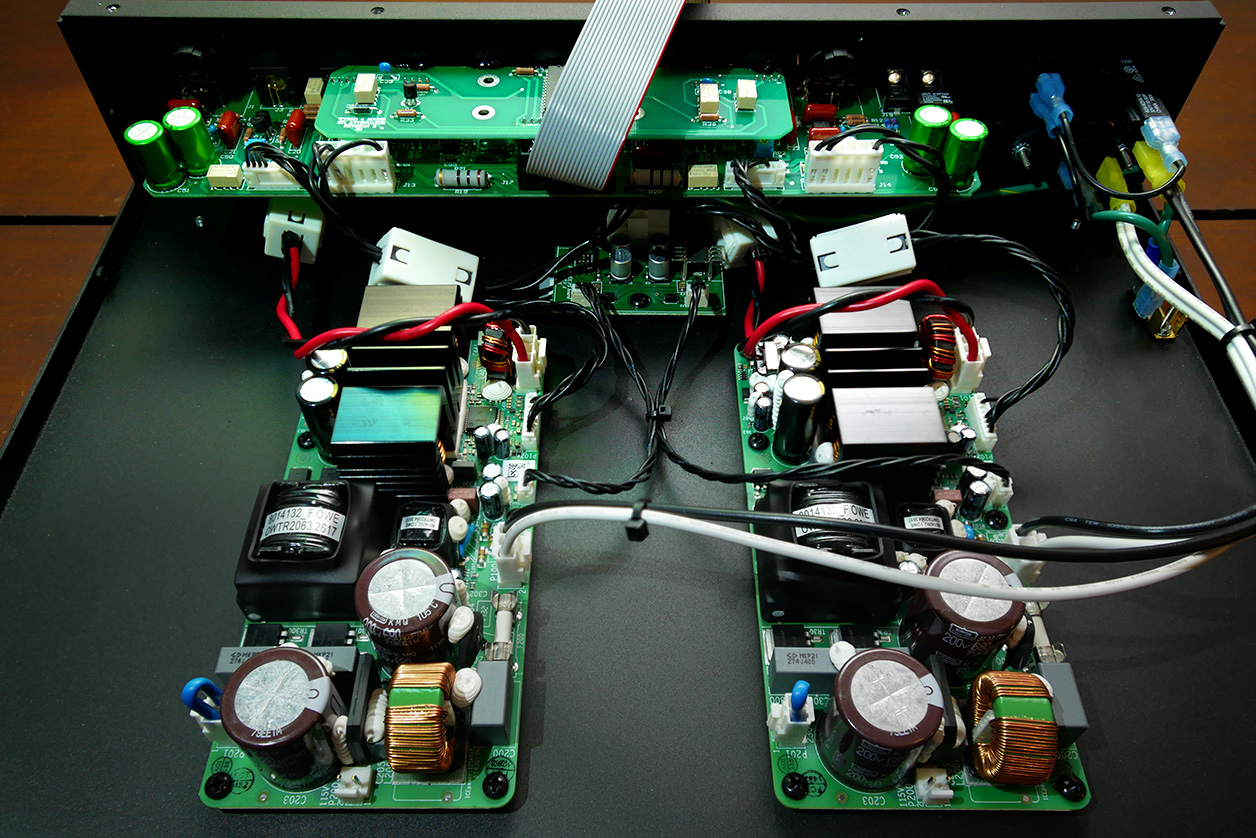 Looking at the icy powers sideways netted this… 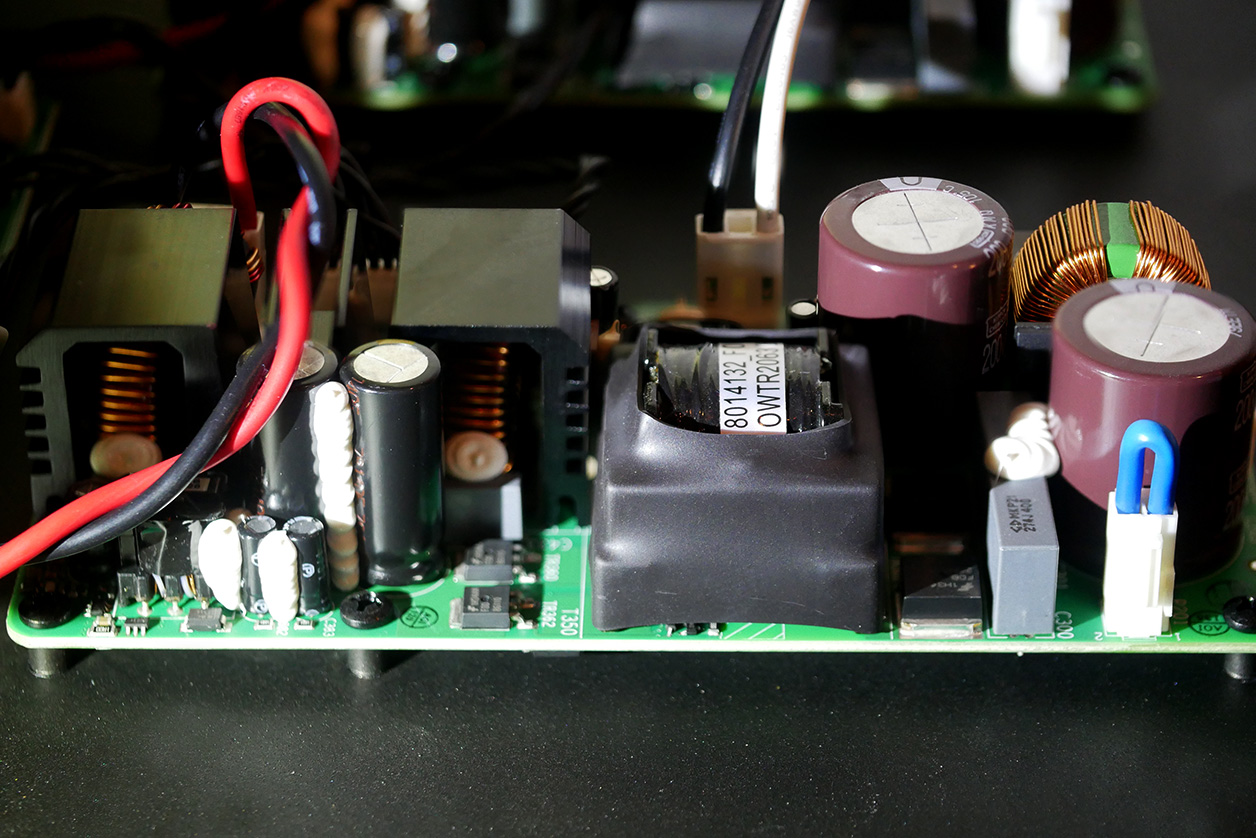 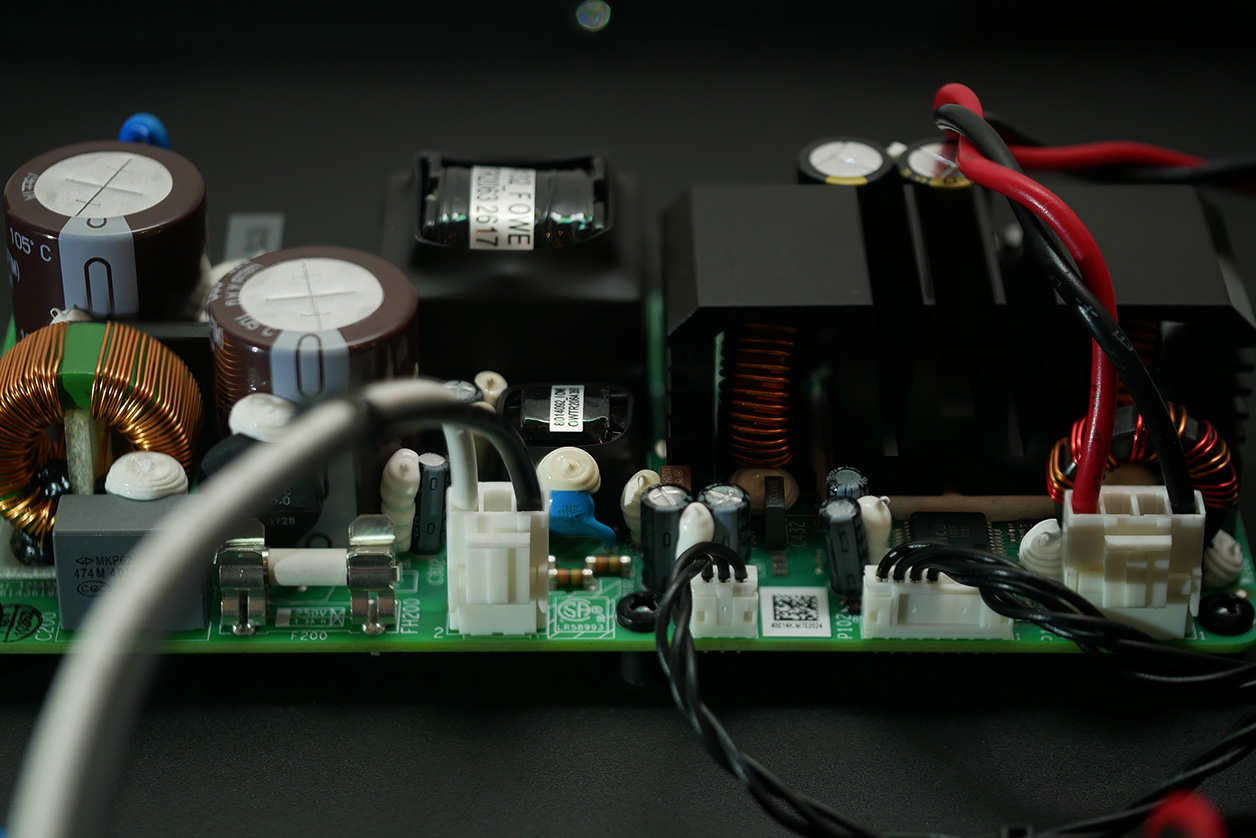 Between these powers was to be this custom ASX power supply board. "This splits the loads for each module supply and provides much cleaner power to the bulk supply on the input board. We use this transition as our first regulation point in the power supply." 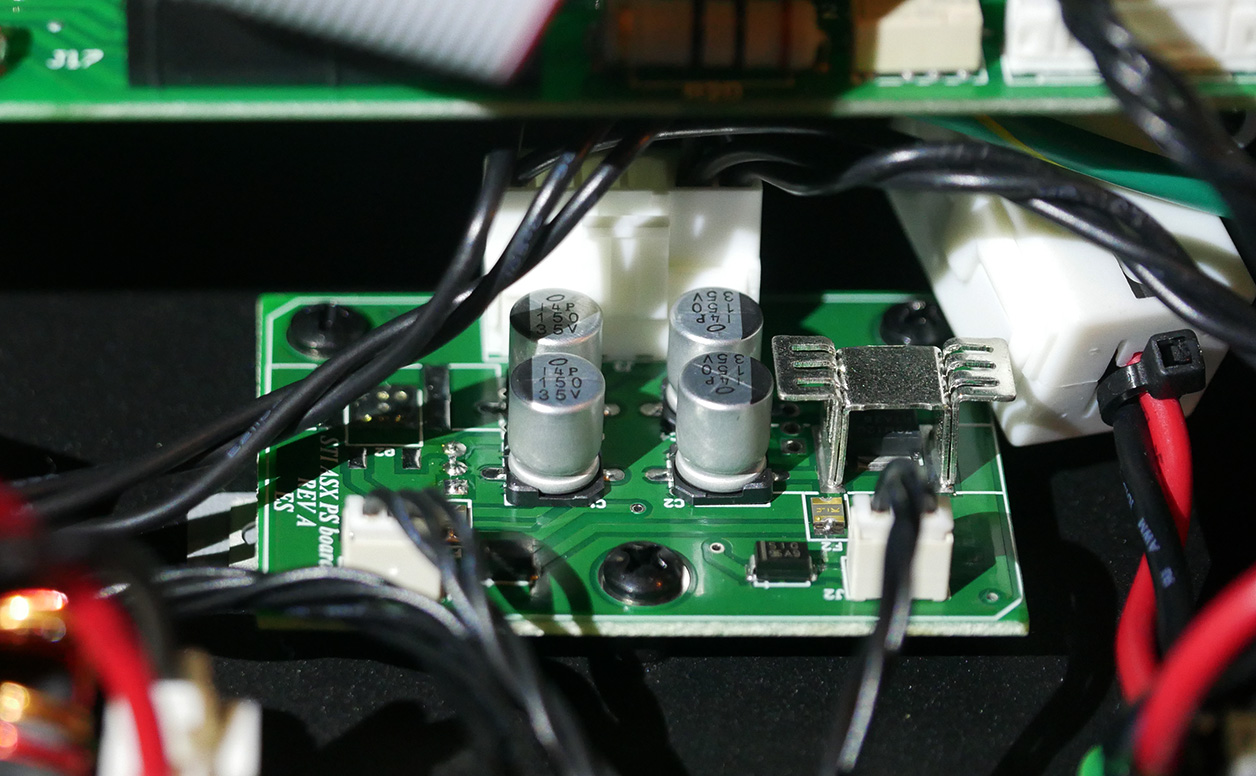 Right to the back of the front panel stuck this display controller assembly, next to it the rotary/push multi-purpose knob.

Toward the other end of the chassis were four of these in-line noise filters, two per channel. 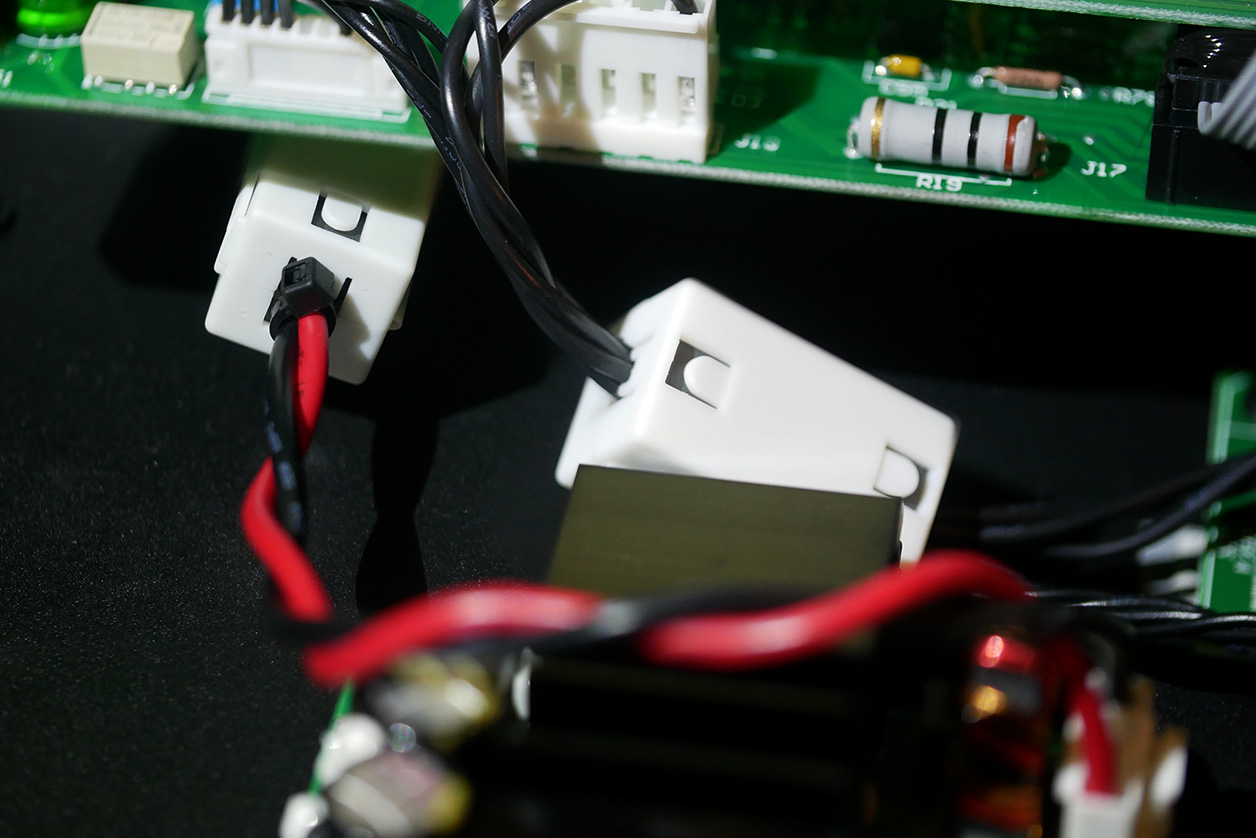 Lid back on, I custom-coded one input to demonstrate the feature. With 16 possible alphanumeric characters, only your imagination limits how to personalize your various sources. Your ears should limit well before hitting 60; but that's how far you could push it before rotating more wouldn't add anything else.

An unexpected feature on the back was a 10A circuit breaker next to the AC mains rocker. Especially with upscale power conditioners, some makers replace the usual mains switch and safety fuse with a fast-acting circuit breaker. I'd never before seen an extra such part affixed to an amplifier.

The STI v2 also had one each 3.5mm i/o trigger to jointly power other components with equivalent ports on or off. With the binding posts arranged staggered and their spade cuffs facing sideways rather than down, even thick unwieldy cables are catered to which wouldn't bend in the little space between terminals and shelf. It's such little details which show care. Ditto 3-stage display dim plus off.