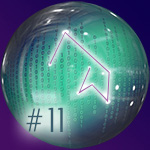 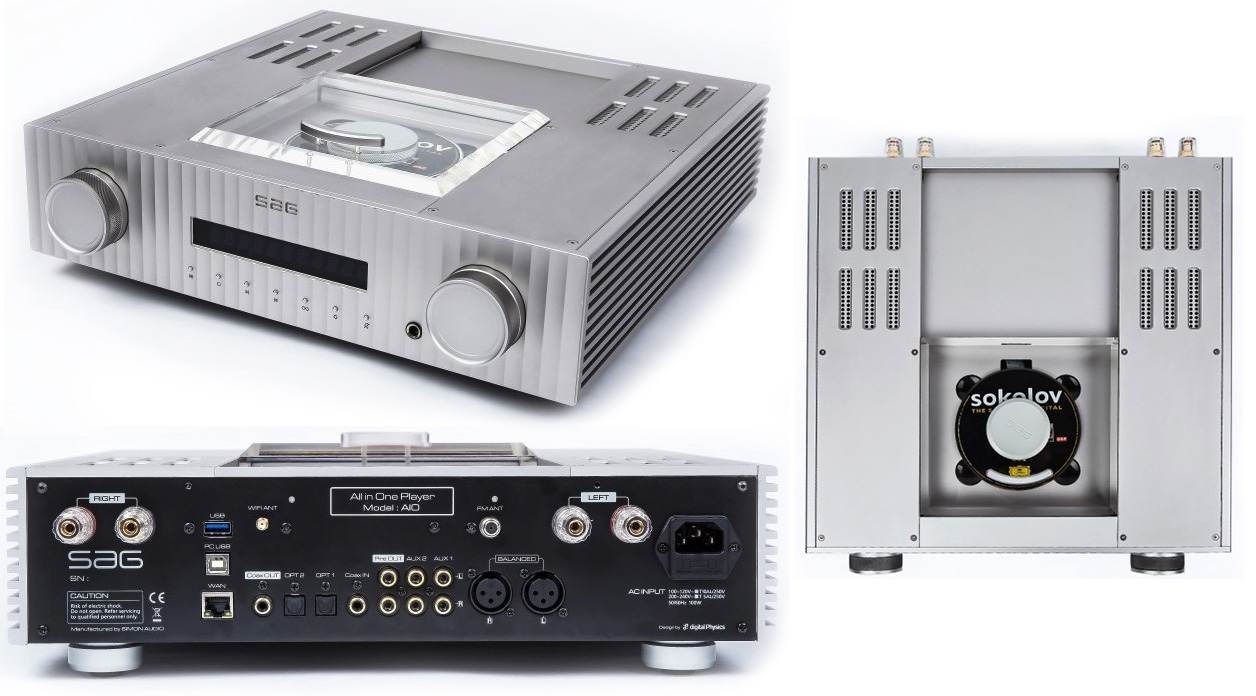 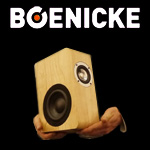 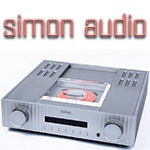 Today's about Lilliput and Maxiput. Pulling a Swift one, we head to Basel/CH and into the atelier of Sven Boenicke whom Warsaw correspondent Dawid Grzyb refers to as the poker-faced one. We're after his smallest ace, the W5. Its 'W' is for solid wood, its '5' for the sidefiring woofer in inches across. Add a 3" TangBand widebander on the front, a ¾" ambient tweeter above the speaker terminals. Carve a slot port curved inside the clam-shell 2.8-liter miniature cab. Place on spindly pole atop an X brace. Pick cherry, walnut or spruce. Season with exotic albeit costly upgrades if you've got the portemonnaie.

To get this dance going likes refined power. With Lilliput taken, we're looking for Maxiput. We're looking to pack max functionality and power into one good-looking box yet stay clear of class D so Devialet is out. Because we can, we still spin CD. We do the occasional FM broadcast. Every so often, we even stream or run through USB media. We definitely run with serious hard-to-drive headphones. Who ya gonna call?

Simon Audio's AIO. Admittedly not very imaginatively named and bedeviled by an early identity crisis—it's the All-In-One and was originally branded SAG for Simon Audio Group which became Simon Audio Lab which shortened to Simon Audio—it's the scaled-up reincarnation of April Music's Aura Note Premier+. It contains a top-loading CD player, very powerful Susvara-approved ¼" headphone port, FM tuner, Sabre 9039 Pro DAC with 384kHz USB and DSD256, a pre-out for a subwoofer and 100wpc into 8Ω of class AB Mosfet power. How Ivette listens to her spruce W5 in her upstairs room today is off the AIO's precursor from Aura Note built by April Music under license. Downstairs in her work space, an actual AIO powers EnigmAcoustics Mythology 2-ways with add-on Sopranino super tweeter. Yes our household has Simon Lee history. Good stuff simply goes the distance.

When Peerless discontinued the original W5 woofer, Sven feverishly chased a suitable replacement. His final choice added more bass power and extension and grew a new filter to accommodate the changed driver parameters. As the photos of a two-homes-prior listening room show, these little Swiss really were enough for a big open space with mezzanine – and (cough!) without a subwoofer. Put them into a regular 4m x 6m space and prepare to swear, especially when the AIO fronts 'em. Seven years after my review of the original, this iconic speaker remains a standout performer. Thus it's still on active duty in our current Irish home. For bedside video, Ivette runs her MacBook Pro with an Apple SuperDrive via USB into an Aura Note Premier+ into her W5. During our Swiss residence, I had a walnut pair on extra-tall stands as my desktop transducers. I sold them just prior to relocating to Eire to help finance a costly move. But we held on to the other pair which, luck of the newly minted Irish, now serves as a great reminder on how real classics never lose their sheen. Organically full-bodied and with imaging that's freaky especially for its cavernous depth and unexpected height, the AIO/W5 combo (or its Aura Note substitute) scales up the game for a four-leaf'd evergreen. Dawid Grzyb still has his pair I believe. And he recently bought a pair of W11 SE+ as new tools for his reviewing job.