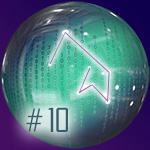 Today is about one archetypal audiophile dream: tubes and transistors. In my book, the ultimate such combo runs direct-heated triodes in the line stage, lateral Mosfets in the power stage. That has very linear valves handle voltage gain to drive the fixed high input impedance of an amp not the wildly swinging and reactive low impedance of a speaker. Meanwhile low-impedance transistors oversee current gain and high power into common multi-way speakers not specialty SET-friendly jobs.

Following the reasoning that no capacitor is the best capacitor, we further specify direct-coupled gain devices. To maintain exceptional bandwidth without phase shift, we also don't want output magnetics on our tubes. That has the American Manley Neo Classic out from consideration as well as the Canadian Coincident Statement MkII. But it leaves us with two impressive finalists: the grounded-grid Vinnie Rossi L2 Signature and the Allnic Audio L-10000. The former runs a single pair of DHT. The latter combines 6AN8 inputs, 12AU7 drivers and a quad of direct-coupled push/pull 300B for a total of 10 bottles. The Korean is true balanced. The American is single-ended but has optional XLR i/o which are true balanced electronically. It also has 2.5/4/5V bias switches to accommodate a wide range of direct-heated triodes. Both have remote, the L2 Signature optional single-ended or balanced headphone ports. Both are available in black or silver.

Having reviewed either, I settled on the Vinnie Rossi for our system. Having experimented with its stock ElectroHarmonix 300B as well as equivalents from Elrog, Living Voice, Takatsuki and Western Electric, KR Audio T100 and Elrog/WE 50, my favorites are the 45-reminiscent Elrog ER50 then WE 50 for a slightly more elegiac mood. Which leaves the transistor half of the equation. For the downstairs system which sees bigger low-Ω speakers, the German 200-watt balanced LinnenberG Liszt monos are my choice. I prefer them to the company's costlier Widor which I subsequently tested. Which segues to sonics. Having owned/reviewed plenty of tube preamps with 12AX7, 5687, 6922 or 6SN7 small triodes, they couldn't do what properly non-microphonic direct-coupled big power triodes can. For maximum spaciousness, layering and elastic timing aka flow, one needs DHT. Identifying implementations which are dead quiet, linear and fully resolved thus on par with modern transistors simply eliminates quite a few. But why should we accept to make this stage between source and amplification a bottle neck? That theme continues with these 1MHz DC-coupled class AB German monos. They cleanly transfer the tubular contributions whilst doing the heavy lifting. Feminine wiles in the easy seat, macho muscle in the trenches. Ideal team work, baby.

Transformer-coupled tube amps into standard speakers simply don't compete on overall bandwidth, speed and resolution. That's why I sold all my prior valve amps. The only ones I'd still enjoy would be David Berning's under the Linear Tube Audio brand. Still, our DHT+Mosfet solution goes even further and is certainly far less picky about speaker mates. An additional benefit is tube rolling of simple pairs which will shift the perception of speed vs. languorousness and color saturation. That's useful for adapting the overall sound to sources, amps and speakers on review. Chamber music and simple vocals for example sound best on our NOS bottles, more energetic modern music best on currently made modern tubes. With the Vinnie Rossi, most all 4-pin power triodes are game so ownership doubles as a long-term educational tool. Those who prefer a lower box count have the choice of two Vinnie Rossi integrateds which can even package digital and vinyl and either use the L2's DHT stage or a downsized 6SN7 equivalent also in grounded-grid mode. And of course our Liszt monos are simple stand-ins for top-quality solid-state amps you may already own or have targeted. That includes two class D-evils I'll cover in #12 of this series when extreme resolution and bass control are required. The Allnic line stage is your alternate option to do direct-coupled 300B. Either way, it's a perfect wake-up call for those who dream these particular glowing dreams.