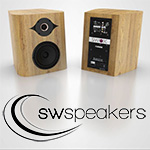 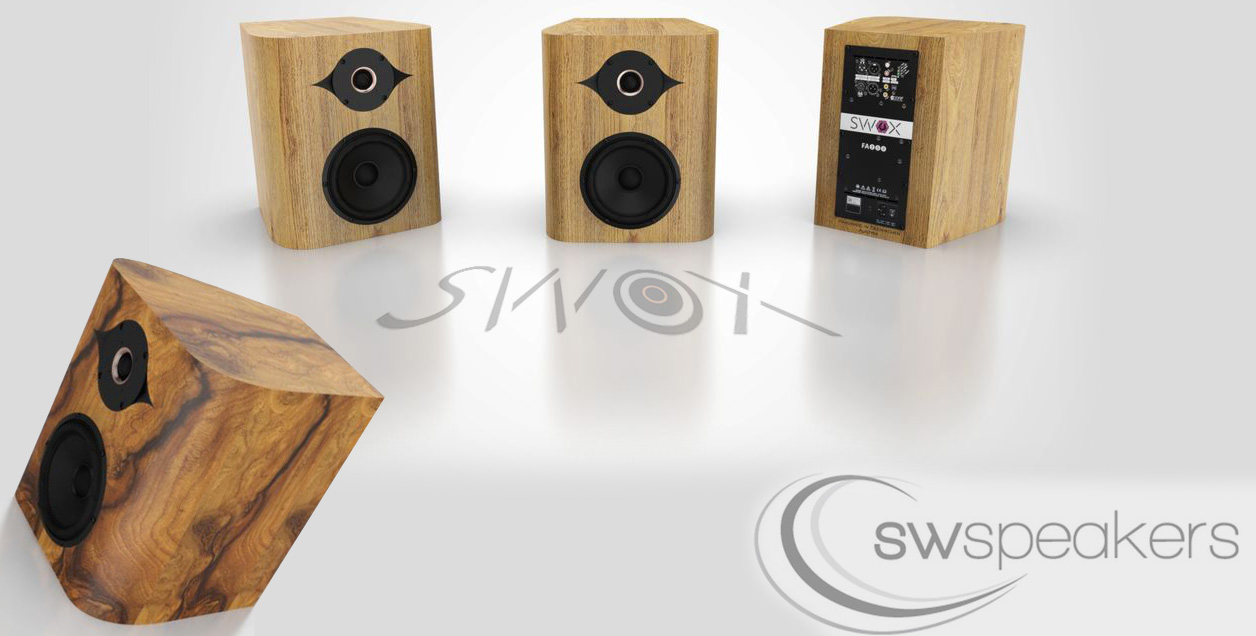 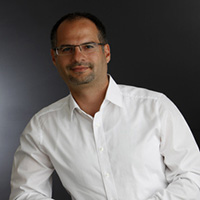 "I hope you are fine and doing great in these times.

"I want to share that I'm active again with SW Speakers and now have a new look and new product, the Swöxx, an active great-sounding monitor. Please let me know if you would like to review these cool speakers."

The sender was Sinan Wasif.

In 2010 and then still working out of Sweden, he'd proposed the €60'000/pr Magic Flute model below, a sculptural 4-driver affair with stacked turbine-shaped carbon-fiber enclosures topped by a 10° tiltable 1" soft-dome tweeter atop dual 6" mids and a 9" woofer.

He also had the dual-concentric Figaro monitor which scaled down the concept to a single turbine. Both remain special-order items.

But what he had now looked rather different. 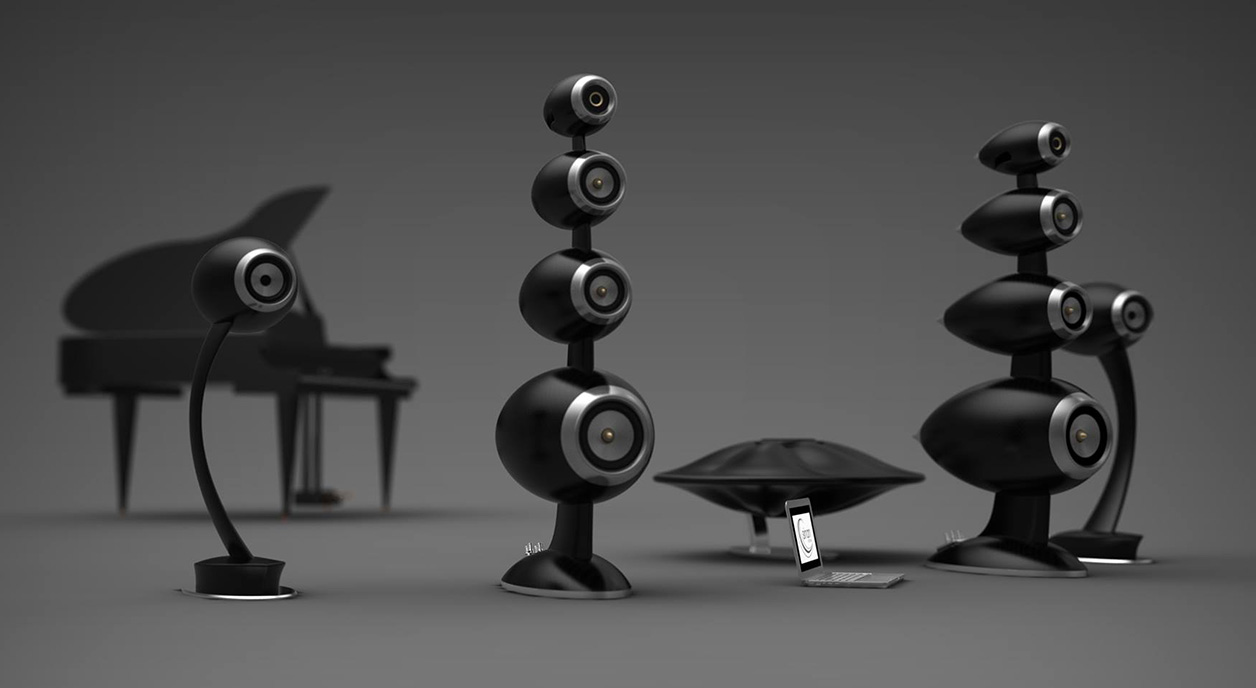 Checking out Sinan's website, I began pondering the long-term effects of being looked at by no longer stacked turbines but two stylized big eyes. They only lack lashes to start batting. But the overall rear-sloping form factor was certainly attractive and the veneering looked classy.

A tech link lists a 25mm Seas T25CF002 tweeter and matching 7" aluminium-cone Seas L19RNX1 mid/woofer. Those are expensive top-shelf units. At retail, a driver set for a Swöxx pair would collect a stiff €1'220. A DSP filter divides them at 1'800Hz. Sensitivity is a typical 87dB in a sealed cabinet. Rated bandwidth is 37-35 Hz/kHz. Physical measurements are 31x36x33cm WxHxD. Weight is a most robust 14.5kg/ea of which just 1kg goes to… … a built-in nCore Fusion 252 plate amp to generate 250wpc/4Ω. Socketry serves up analog 44kΩ XLR i/o, analog 54kΩ RCA in, 110Ω AES/EBU and 75Ω S/PDIF i/o, Toslink in plus a USB 2.0 configurator interface for the designer. Each speaker has its own electronics and a selector sets it to left or right channel. From the Hypex website we learn that source selection is automatic by locking to the first available source. Analog and digital domains are separate so analog input signal cannot be routed to a digital output or vice versa. Standby power draw is just half a watt.

As a DSP-filtered affair, all analog signal is first digitized by an Asahi Kasei AK5554 ADC before it sees the Hypex DSP engine. The digital i/o see a digital receiver, then the same AK4454 DAC as the converted analog inputs. The sample-rate converter is a 192kHz SRC4382. Latency for analog is 350µs, 1.8ms for digital. Performance specs are a -109dB S/NR and -100dB TDH for the AD/DA path, 111dB/-102.5dB for the simpler DA path. Volume control is by Hypex plastic remote in the digital domain. On which of the many connections to use, Sinan favors Toslink to the remote-controlled master speaker, then an S/PDIF link to the slave.

Today SWS no longer operate out of Sweden but Austria's famed Mozart city of Salzburg. It's from where these speakers ship web-shop direct. Standard finish options are oak and hazelnut veneer, the latter for a €180/pr surcharge. The Swöxx is available not just as a conventional stereo pair but single unit so multiples can be daisy-chained for multi-room sound distribution. It leverages turnkey OEM Hypex tech for electronics, remote and digital filter, then packages that with quality drivers in veneered boxes and direct sales.

At this juncture of May 9th 2020, Sinan disappeared. It'd be until May 11th the following year that he resurfaced. "It's indeed been a while—I had some private issues to manage—but now I'm back on the Swöxx project and will send you samples in the coming weeks." Hopefully Sinan won't likewise disappear on customers. Life is full of challenges. There's simply little which proper communications can't address. It's when there are none that one begins to wonder. Caveat emptor.