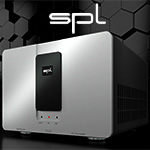 This review first appeared in March 2022 on fairaudio.de. By request of the manufacturer and permission of the author, it is hereby syndicated from the German original to reach a broader English audience. Ed. 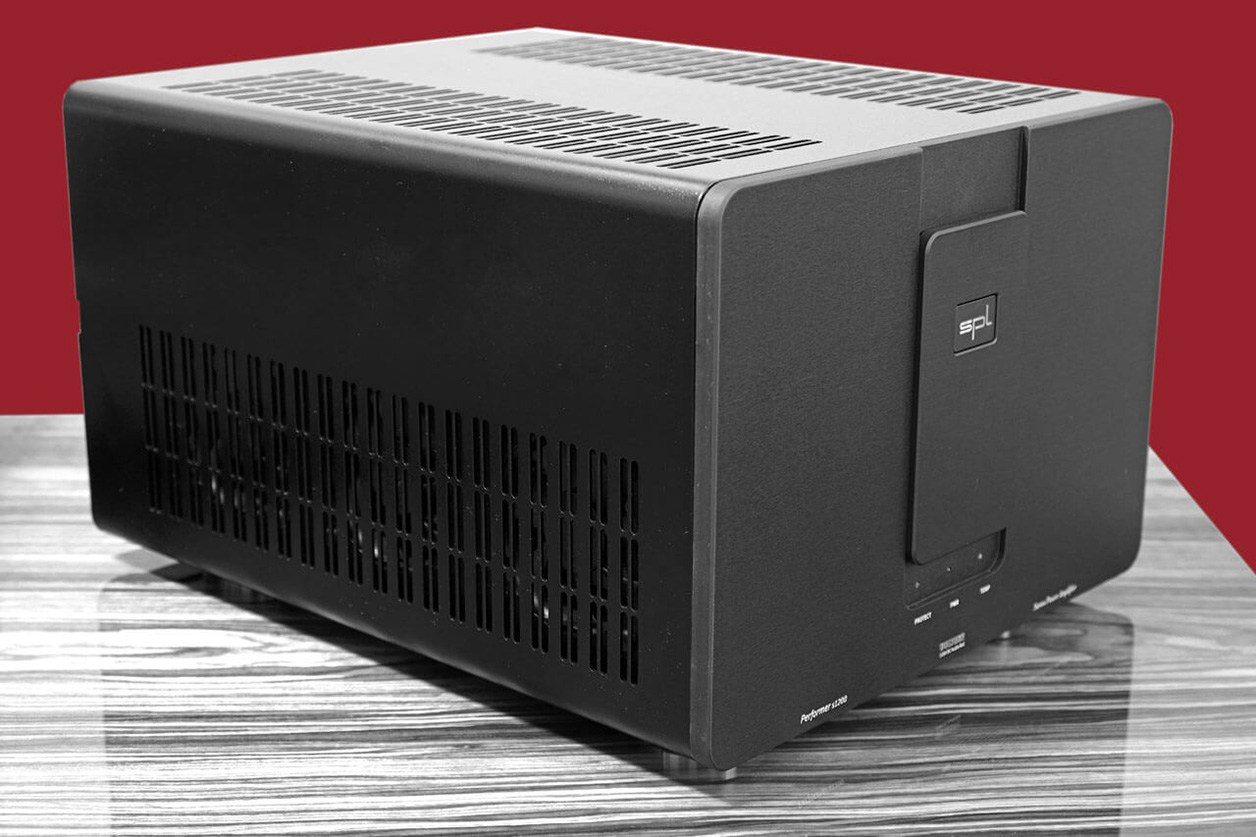 Clean rack attack. I stare at my hifi. What do I see? Plenty of kit from pro-audio brands. There's my RMA DAC, Bryston power amp, my old EAR Yoshino preamp and its SPL Elektor replacement. The latter folks also make power amps. Today is about their newest, the Sound Performance Lab Performer s1200 stereo. Lounge room meets studio. How the firm came about and why these studio experts from Niederkrüchten on the Lower Rhine river serve audiophiles with their 'Professional Fidelity' range I've gone into at length in my review of their Phonitor headfi amp. If you missed that, here's the nutshell version: originally minted for professional mixing/mastering engineers, audiophile headfiers discovered the deck and applauded its brilliants sonics, unusual adjustment facilities and cool design. SPL tickled their interest with new models and the last few years have seen them roll out numerous Pro-Fi machines destined for domesticated rigs. 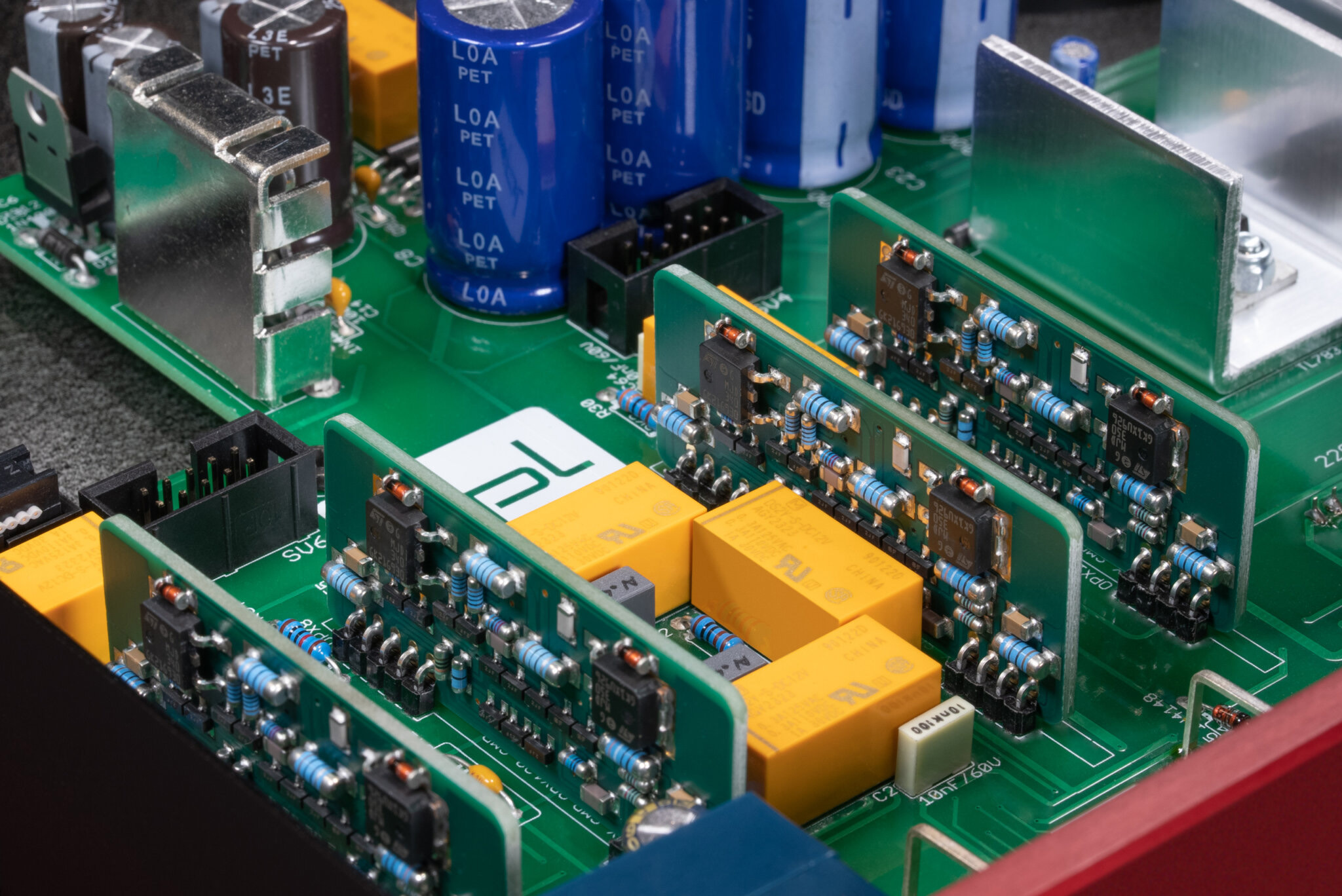 Obviously here too the firm stay true to their studio DNA. The key changes are really the number and types of sockets. The pro kit gets more i/o and the connectors conform to studio standards. Instead of RCA jacks one sees ¼" plugs which our kind only knows from headphones. Headamps, preamps or digital converters are all categories common to home and studio. Power amps diverge because recording professionals rely on active monitors with integral electronics. SPL's power amps were thus developed for us homies and our passive boxes. Which wasn't much of a stretch when SPL's trademark 120-Volt discrete opamps aka VoltAir modules are potent enough to work as drivers for output transistors. R&D began with a lean such circuit then tweaked it for reference sonics.

I happened to visit the factory whilst first amplifier prototypes roamed their hallways. Really. Despite an unusually deep product portfolio, the company itself is quite compact. Each employee wears multiple caps regardless of official job title. I barely exaggerate when I say that pretty much anyone from cleaner to boss can take prototypes home to play with then critique. As I was told, the most important question always asked is, "did you have fun?" 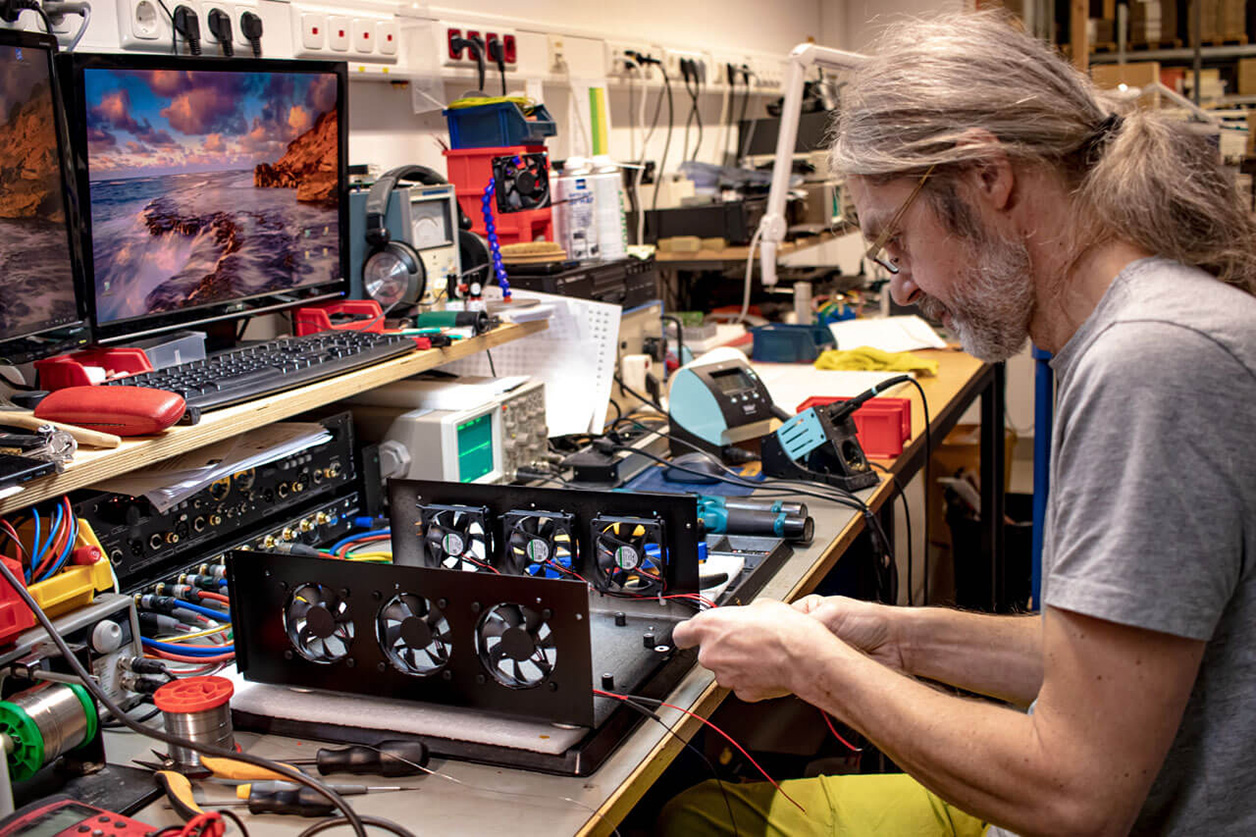 Roman Groß starting to wire up a Performer s1200.

My fun started with the industrial design where I'm clearly not the only admirer. The midi-sized head amps, DACs and preamps of the Pro-Fi range romance the eye with neat switches, knobs and two round back-lit VU meters. 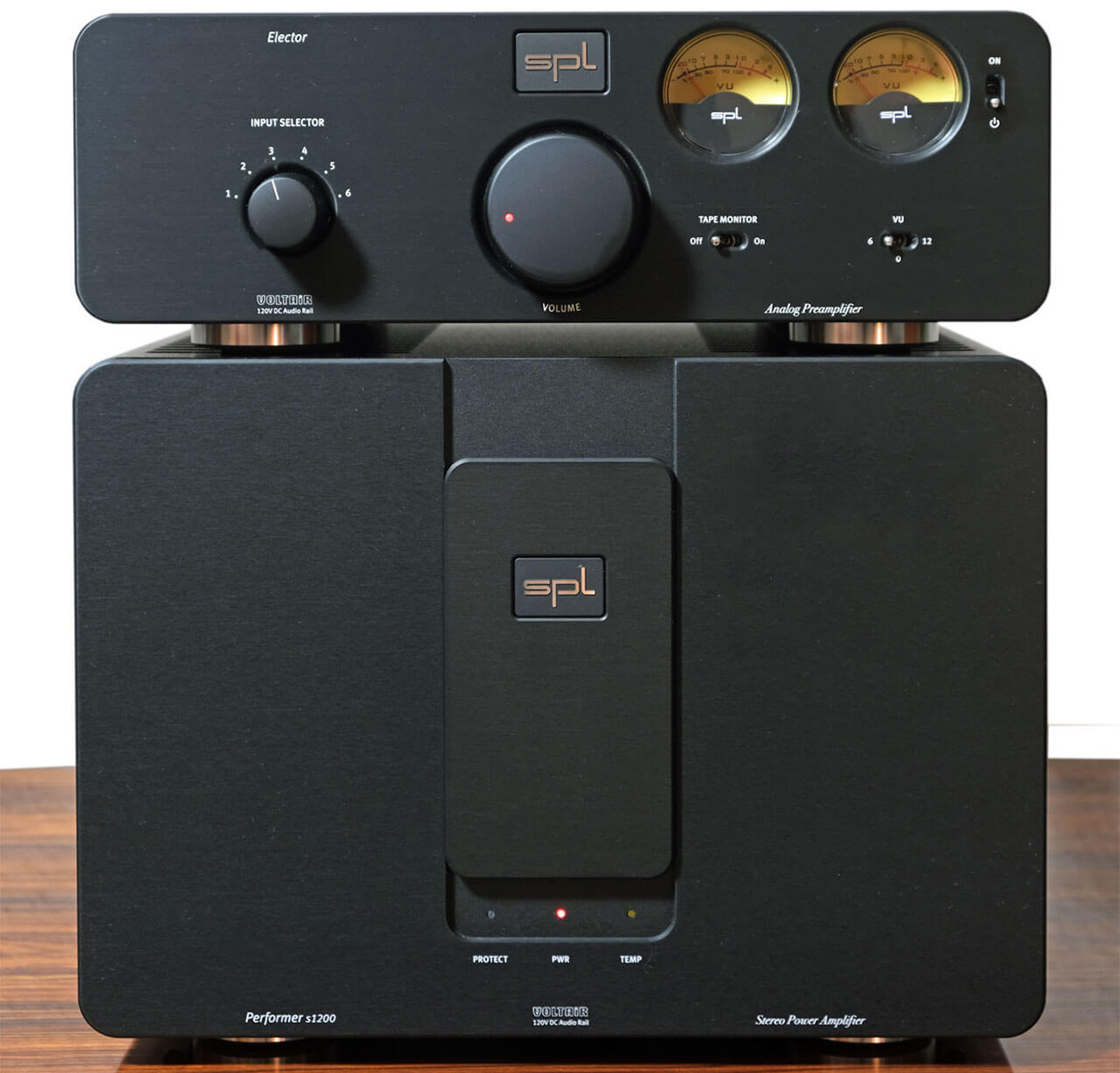 The power amp counters with Scandinavian sobriety. My mild complaint—of finding the rear-mounted power mains a bit impractical—was quickly put in its place. They asked whether I'd rather (cough!) mess up their beautifully clean front with a mundane rocker switch. It's why SPL add a 12V trigger which allows a matching preamp for example to wake up the amp. A special accessorizing feature are the hot-swappin' frontal inlays. Not only do all fascias in this range (plus those of many studio models) come in red, black or silver-anodized aluminium. Regardless of buyer preference, one also gets these three inlays which attach by magnet. Will His Lordship dress in monochrome or two tone today? Might I suggest a red carnation in the black lapel? 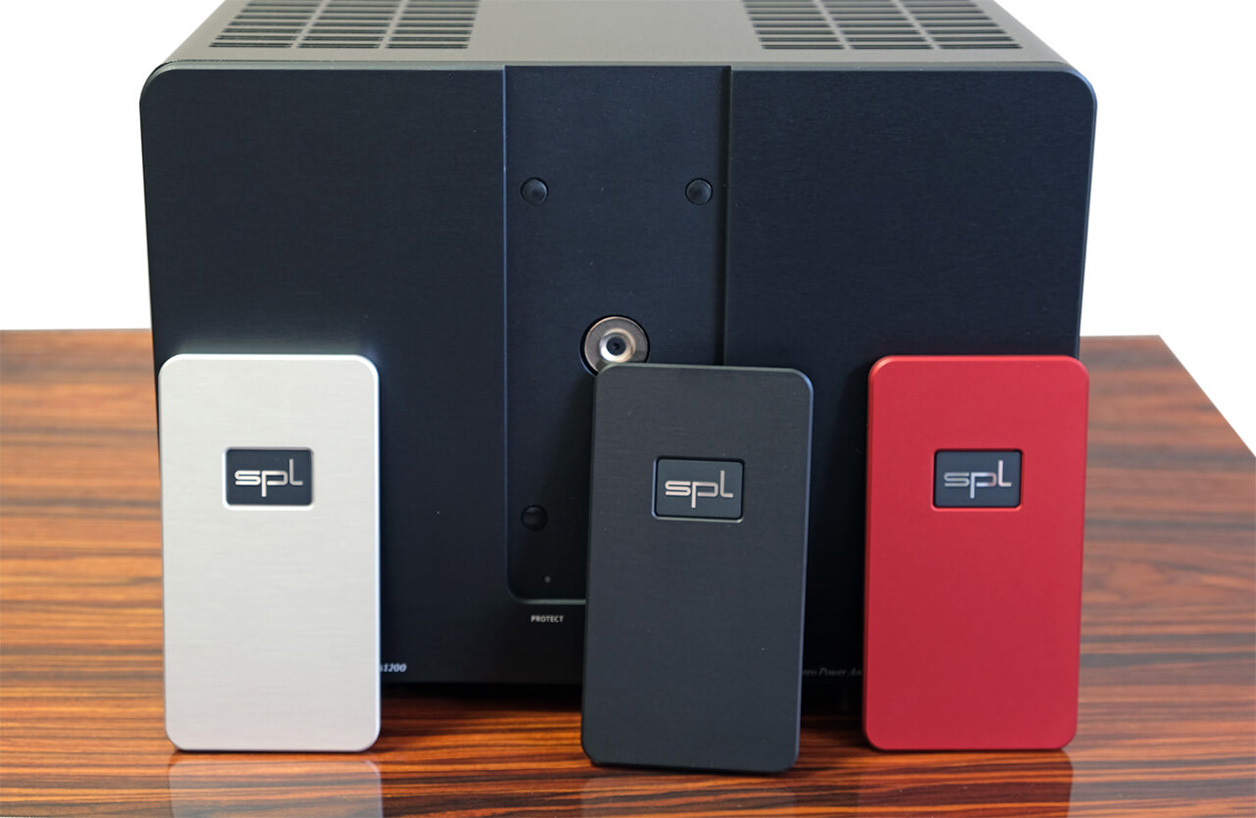 I found the look très chic. The tallish profile helped, too. Okay, 205mm won't fit into every rack's shelf spacing. But that height is required since this machine with PSU on one level and output stage on another is far from empty. Its classic class AB circuit is juiced by a honking 1'440VA toroidal transformer which allows the power supply to generate 300wpc RMS into 8Ω and 550 into 2. Where SPL cheat is with heatsinking. Theirs is too small to dissipate full power. Hence they add three fans per channel. In normal use those turn so lazily as to be utterly inaudible. They only speed up when pushed hard and then still spread the job across six units. No worries, you'll only hear them whirring upon power up. Should they come alive later on during music, it'll only be during playback volumes which utterly mask them.