The business end too was well sorted. There are RCA and XLR inputs selected by central switch. Very pro-ish, input sensitivity is adjustable across 12 x 0.5dB steps down to -5.5dB; in dual mono no less. My Bryston 4B³ only offers two steps to -6dB. Add speaker terminals and fused IEC power inlet. Now comes a – well, tip more than critique. Power-on wasn't perfectly quiet. Despite being slightly delayed, turn-on/off transients factored which an input muting relay could certainly kill. Yet such relays can also compromise the sound and SPL clearly had no such intentions. 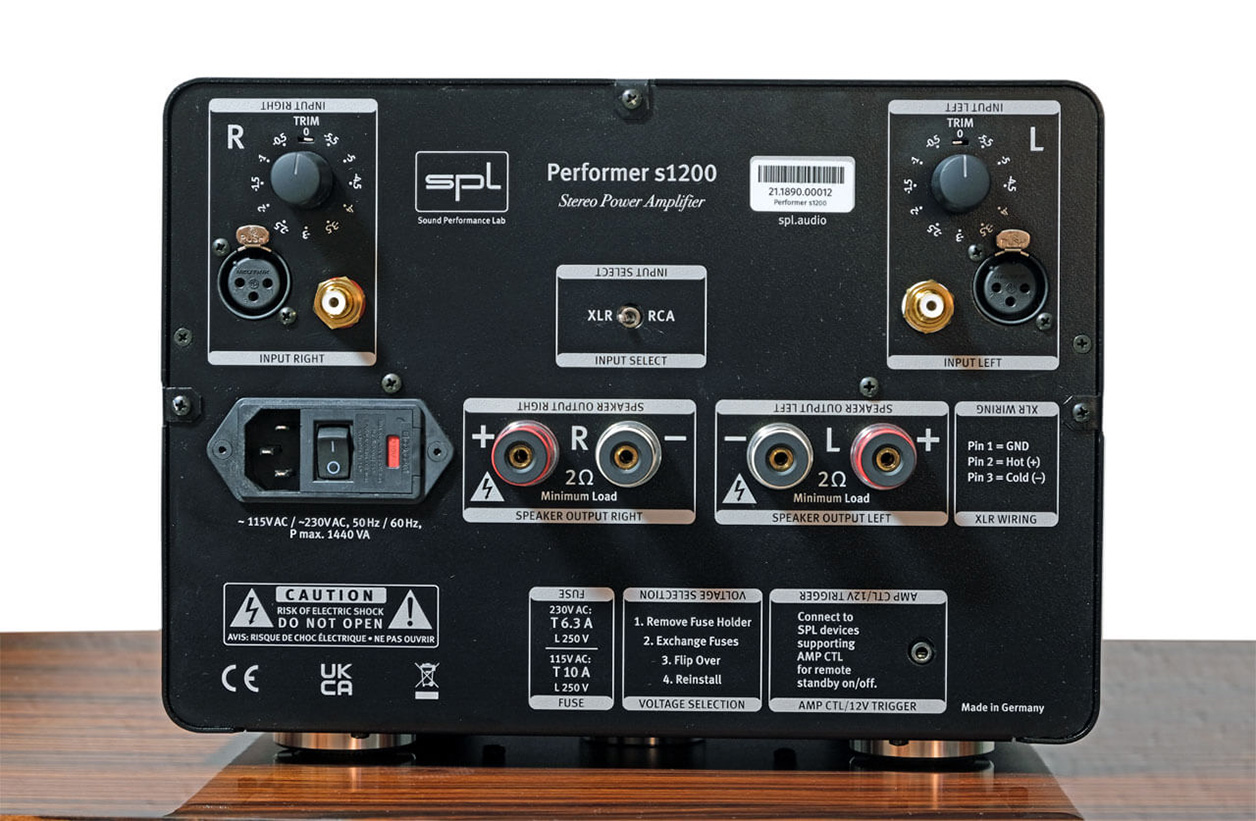 I usually dislike hearing power per se unless it manifests as authoritarian yet adroit control like this Performer s1200. It showed particularly in the bass even on my FP12 MkII horns whose 93dB rating and friendly 8Ω impedance present no heavy lifting. Just so the SPL held the Polish transducers on an even shorter leash than my trusty ~€8000 Bryston does whose 300wpc/8Ω play in the same power league if also weigh 10kg less. On bass control the Canadian already is a true muscle amp. Yet for articulation and keeping rapidly following even overlapping bass impulses discrete, the German played the still stronger hand. I was surprised yet articulation, clarity and substance all ticked up to casually turn into my personal new Bass Master reference. Take Kandace Spring's "Don't Need The Real Thing" from the Indigo album. The beats which drummer/producer Karriem Riggins underpins this cut with came across as abysmally low, potent and clean as never before. For a different angle, check out the plucked double bass on "What a Difference a Day Makes" [This One's for Dinah by Cina Moses & Raphaël Lemonnier] where the SPL added still more tautness than the Bryston whilst also giving the instrument more gravitas. Here authority meant believably realistic, not artificially goosed. Heavy attack indeed!

My ears also heard reference standards for certain aspects of the midband. In this price range, resolution played in the upper quadrant. Well beyond average was the ability to track then convey dynamic gradations to feel extremely fast but not harried. This was very obvious with the energy release and precision of piano attacks. From two of today's probably best Jazz pianists so Iiro Rantala & Michael Wollny, "Tears for Esbjörn" on Jazz at Berlin Philharmonic is graveyard sad yet played with incredible technical bravura. SPL's power amp truly conveyed that. Whilst my Bryston does this far from restrained, the Performer s1200 was still more impulsive and dynamically defined. This created a focus on lit-up transients where the Bryston 4B³ placed a bit more emphasis on trailing edges. Attacks felt not quite as poignant yet the dying fades finer. Without meaning to suggest a fixed profile, I gained the impression that the SPL was extremely quick to rise to steep attacks—its transient fidelity surely set new standards—but then tended to let go of decays as though new sounds demanded its fullest attention. Some love that (I do!), others tune more into trailing edges. It's really about how one learnt to listen to music; what one habitually pays most attention to. Sustain freaks probably won't find 100% bliss with today's Teutonic rocket. 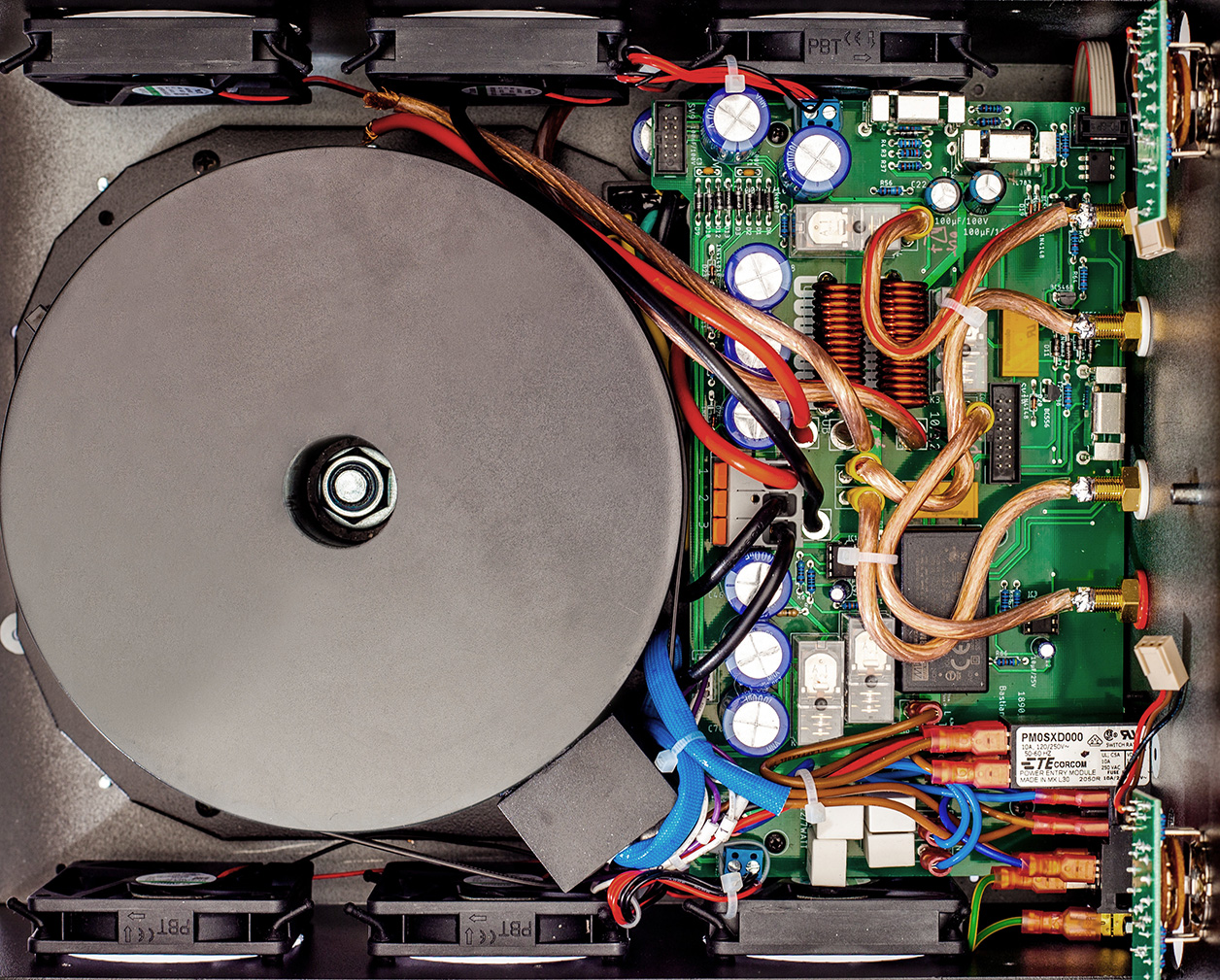 On top this amp delivered equally crisp data. Without bite or sharpness, there clearly was no restraint either. Where brasses demanded it, the SPL could do brilliantine treble but glittery fireworks weren't its thing. That's more for valves whose harmonic distortion can cause some fireflies. That can be lovely but routinely overshoots, something the SPL avoided altogether. Yet its treble was clearer and more definitive than Parasound's €8'000 Halo JC5 whose top end goes on a mild defensive. My Bryston split the difference between these two. 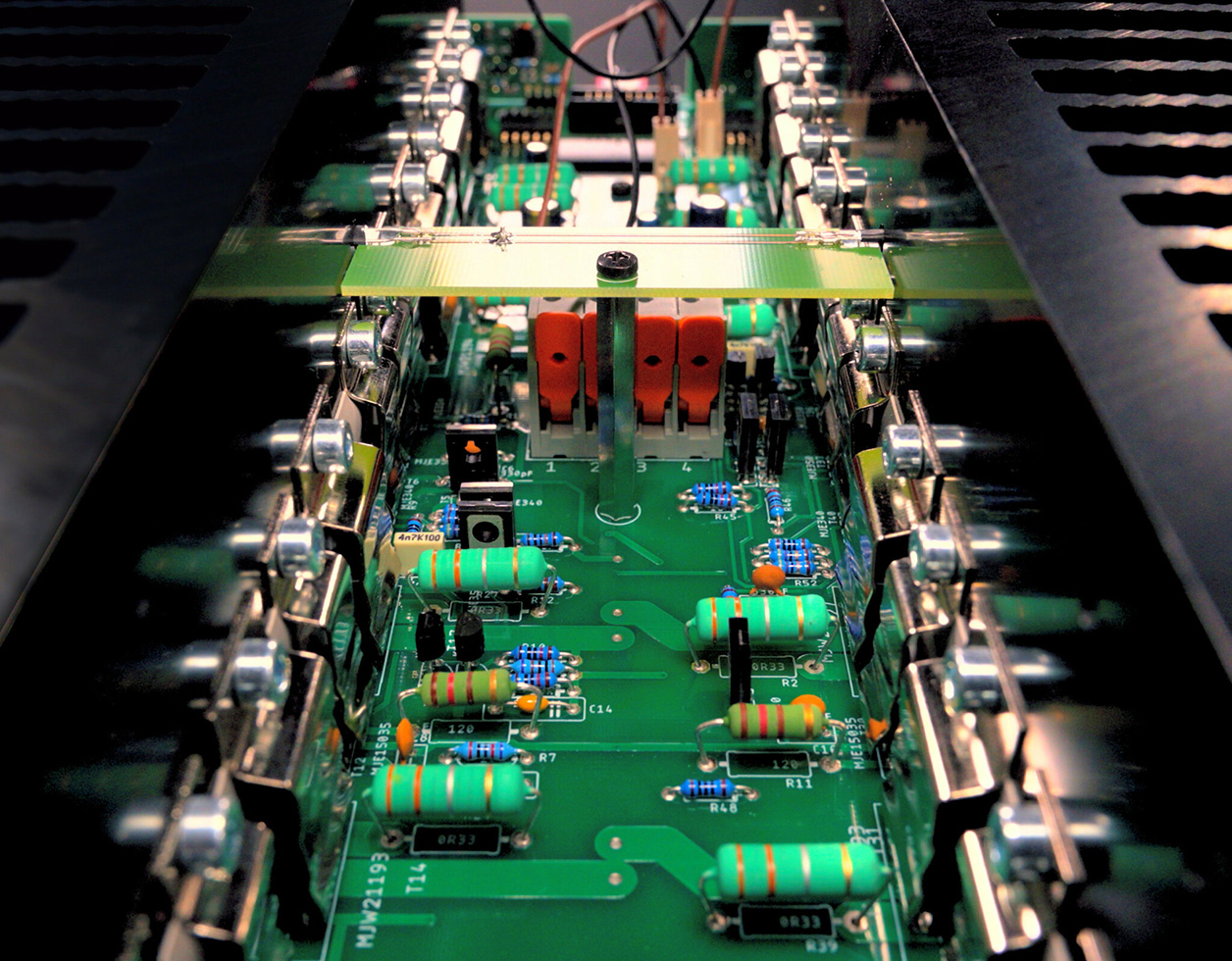