The looks are most singular and don't resemble anything I've seen before. Libération's visuals are a direct result of a particular sonic profile Martin was after and his mind focused on certain ingredients early on in the sketch phase. It had to be an open baffle with big high-efficiency woofers married to widebanders and Serbian ribbon tweeters he already knew well. The very first noticeable thing about Libération is the difference between it and Martin's previous Wave 42 and SK16 which both are types of vented boxes. Today's is a full-range dipole, thus all drivers fire full force front and back. With Martin's chosen cone diameters, this makes for massive radiation surface.

The OB concept removes from the equation all drawbacks associated with transducers put on restrictive duty while being boxed in typical enclosures but does introduce others. Vented boxes augment even quite compact woofers to extend impressively low. My Boenicke W8's downstairs department is executed in that fashion. Membranes without such assistance generate a weaker return stroke and must grow bigger to keep up. Martin's chosen woofer is Beyma's 98dB sensitive 18" 18LX60V2 subjected to a 2nd order slope at 200Hz with a simple Zobel phase-linearization filter. In home hifi, drivers this big aren't common but here it gets better still. The usual OB is a vertical driver array on a shared baffle. Libération exploits two 36mm thick solid Spruce panels one atop the other. The 18" monster Beyma occupies the lower module, a horizontal d'Appolito affair the upper. More panoramic of imaging than the alternate vertical orientation would have been, it combines three transducers: two 8" Enviée widebanders bracketing one Raal ribbon tweeter.

Very similar drivers we already saw in previous soundkaos models. Here the decision was made for two unfiltered paralleled widebanders per side whose spiders and surrounds were stiffened over the prior box-loaded versions and which also got different phase plugs and motors. Plus, these neighboring widebanders are dissimilar. The AlNiCo version has a small whizzer, the Neodymium doesn't. Notch filters at 750Hz are shared and the man behind Enviée, Armin Galm of Galm Audio, performed voice-coil tweaks for Martin to optimize their paralleled impedance. At 12kHz the dipole Serbian ribbon takes over on a 2nd order slope all the way up to 55kHz. Its  transformer is wound with Siltech solid silver. Crossover parts by Duelund, Jantzen and Martin's own inductors seal the deal. 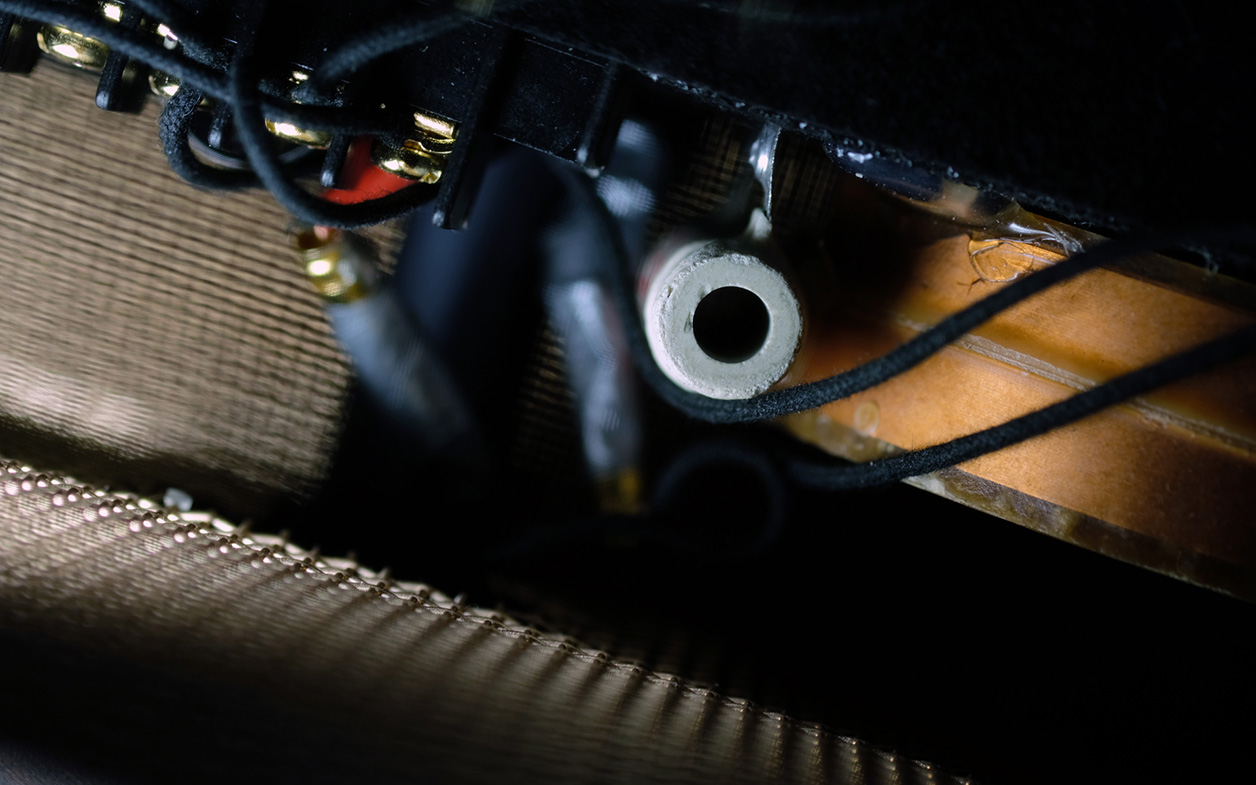 Libération's visual appeal is a matter of personal taste. Undeniable regardless is being put together very nicely and thoughtfully. I found the concept of separating the lower baffle from the head section with a short gap and hexagonally rimmed shapes brilliant. In his earlier Libération review, Srajan came up with the 'Libby the owl' nickname which is a spot-on description indeed, birdlike connection very clear. My loaners were finished with solid Walnut edging and bronze covers. Maple with anthracite mesh is the other option. The woven grills on the back sides are permanently affixed, the fronts easily detached. That choice is purely cosmetic. 70% acoustic transparency of the bronze mesh eliminates any impact on sound quality. Each speaker's big wooden rear leg not only connects both baffle halves but also serves as a clever hideout for all hookup wiring which is very unusual. All competing open baffles I know had their wiring more or less on open display but for Martin that wasn't acceptable. I appreciated the extra mile he went on behalf of his cosmetics. Each leg's nameplate sports a pair of WBT NextGen speaker terminals to support bi-amping. Libération scores very high on its luxurious material's pallete and quality components whilst assembly and woodwork execution are of top-artisan quality.

Sound. For this review, my usual hardware inventory expanded. The newly arrived fidata HFAS-S10U handled media storage and digital transport duties. From there the LampizatOr Pacific with KR Audio T-100 and 5U4G took over to drive one of four different machines: a Bakoon AMP-13R, a Trilogy 925, a Kinki Studio EX-M1 and a FirstWatt F7. As a pure amp and not integrated, the latter was fronted by iFi audio's Pro iCAN as preamp. Open baffles are uncommon but Martin's take ups the singularity ante even further. Hence room placement prior to the key evaluation stage was to be far more interesting than usual. For instance, numerous experiments proved that my daily Boenicke favour one specific location over all others and not by a small margin. After three years of extensive usage, setup choices for my W8 which were initially deemed viable eventually narrowed down to just one. That's practical and now saves time. Boenicke's woofers fire inside with a 200/70cm distance to the front/side walls respectively and gently toe in to cross far behind the seat which is at 150cm from each speaker. This specific positioning reads easy but it took me a while to get there.

Libération very quickly introduced more than one feasible placement option where it behaved clearly different from my floorstanders. Early on it seemed that the Raal ribbon wanted to aim precisely at my head but after several days I realized that whilst beneficial in a way, this wasn't mandatory. Even barely rotated in, Martin's creation was up there on detailed imaging and its dissimilar widebanders provided some extra wiggle room. Whizzers in/out audibly influenced the soundstaging to either add to lateral expanse or narrow it with a tick more emphasis and articulation. The former was my pick though both options seemed worthwhile and equally viable.