With one cube DOA by making no sound whilst the other worked happily on either channel with either cable, I contacted Sunny Sung, soundgil's German point man, for a replacement satellite. He opted to instead dispatch an entire new set via 2-day express and get the first one retrieved on his TNT account. Great service. The day his package arrived, Anchi's with the longer cables from Taiwan did, too. For some limbering-up calisthenics, I cubed up on a table with one of their fiercest competitors, Feniks Audio's Essence. Since those Swiss changed name from Eversound and went direct, that 4.5" coaxial all-metal design with downfire ports, class D power and driver-less Gordon Rankin USB DAC with analog volume control, full-size digital/analog inputs plus subwoofer and headfi out sells for the penny-twisting sum of €1'283.67/pr. That's a bit less than soundgil, hence a direct alternative even if it goes more specifically after an upscale PC/desktop rather than mini-system audience. 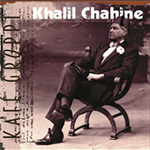 The first thing I noticed was unexpectedly dense fleshy tone as the antithesis of lean, bleached and whitish. It's accomplished via a high low-pass frequency (and/or a shallow filter slope) on the central module. Unlike a pure 'sub' woofer then, it plays well into the lower midrange. This sums each channel into a 4½" compound widebander and explains why Jean-Marc's assumption of a quasi center channel contained some kernels of truth. It doesn't produce outright treble but goes far higher than a pure bass module with steep filter would. As a result, the Cube system is voiced for density, not lit-up brilliant shiny airiness and max resolution. That in fact was the key distinction to the Essence

actives. Those don't register as bottom up, dark-ish and yes, minorly bassy. They present fully built-out treble which soundgil do not. For low SPL in particular, the Swiss thus opened up the audible range sooner. Unlike their smooth analog attenuator, soundgil's digital volume from their remote worked across fixed steps which especially at the bottom of the range I felt were perhaps too wide before going mute.

The second attraction from Taiwan was unusual steadfastness of the stereo image well beyond the "middle chair". It was cleverly anchored by that multi-tasking double module doing more than just bass. Yet it also avoided ear/brain confusion by not doubling up on treble from four different acoustic sources. The third selling point was the ability to play unexpectedly louder yet still clean than the extreme proximity of a desktop would warrant. This enables studio/office/bedroom setups that'll have you at 2-2.5m from these minis, not at 80cm next to a PC's screen. Given our in-house alternates, I at that point didn't hear soundgil as being as advanced on sonics or as comprehensive on features. I thus wasn't inclined to echo our earlier French with a now Irish joint award. With that bit of unessential business brushed aside, let's explore this Taiwanese proposition across a variety of spaces.

Because the Cube system is petite but hi-tech looking, it will appeal to folks for just those reasons alone. Ivette loved it before it ever said a word. Here is her writing studio looking down one direction, with a pair of Boenicke W5 powered from an Aura Note Premier holding down the corner whilst the overlay hints at the soundgil in the opposite corner.

Here is the space looking at Sheffrey's Pass surrounding the fjord if we could see out the windows into the distance. Her compact red flip-top desk would actually hold nothing bigger than today's sonic gilettes without looking top-heavy. And in this room, femmy is the motto or it doesn't stay. Clearly the Taiwanese had that challenge licked to absolute perfection. 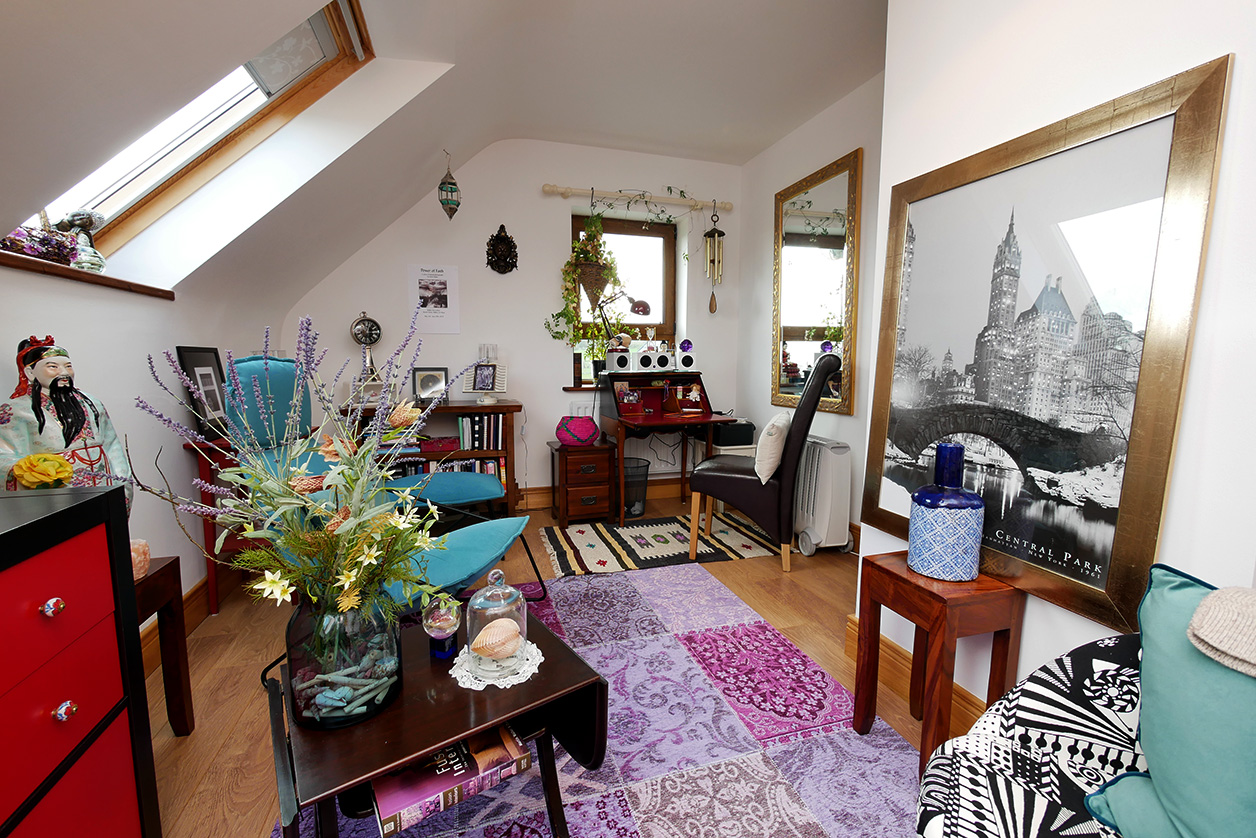 Again fed coaxially by the Soundaware DAP, the Cubes sat at nearly proper height to give a lap-topping and -tapping writer the right tonal balance. With the volume primed, the entire room would be bathed solid far beyond the tinny excuses of even ambitious clock radios. Strip away the artsy adult flourishes, turn this into a teenager's den—that's how the UK landlords had it as one son's bedroom—and voilà, the soundgil would pound out Rap and HipHop fed Bluetooth by a handy, mobile or cell – whatever your part of the world calls these always-connected things. Whilst fat club beats wouldn't make the walls shudder or sheep bleep outside, they would be more than just hinted at. Two 4¼" stout paper cones divided over four motors goosed by DSP are more capable than you'd think. 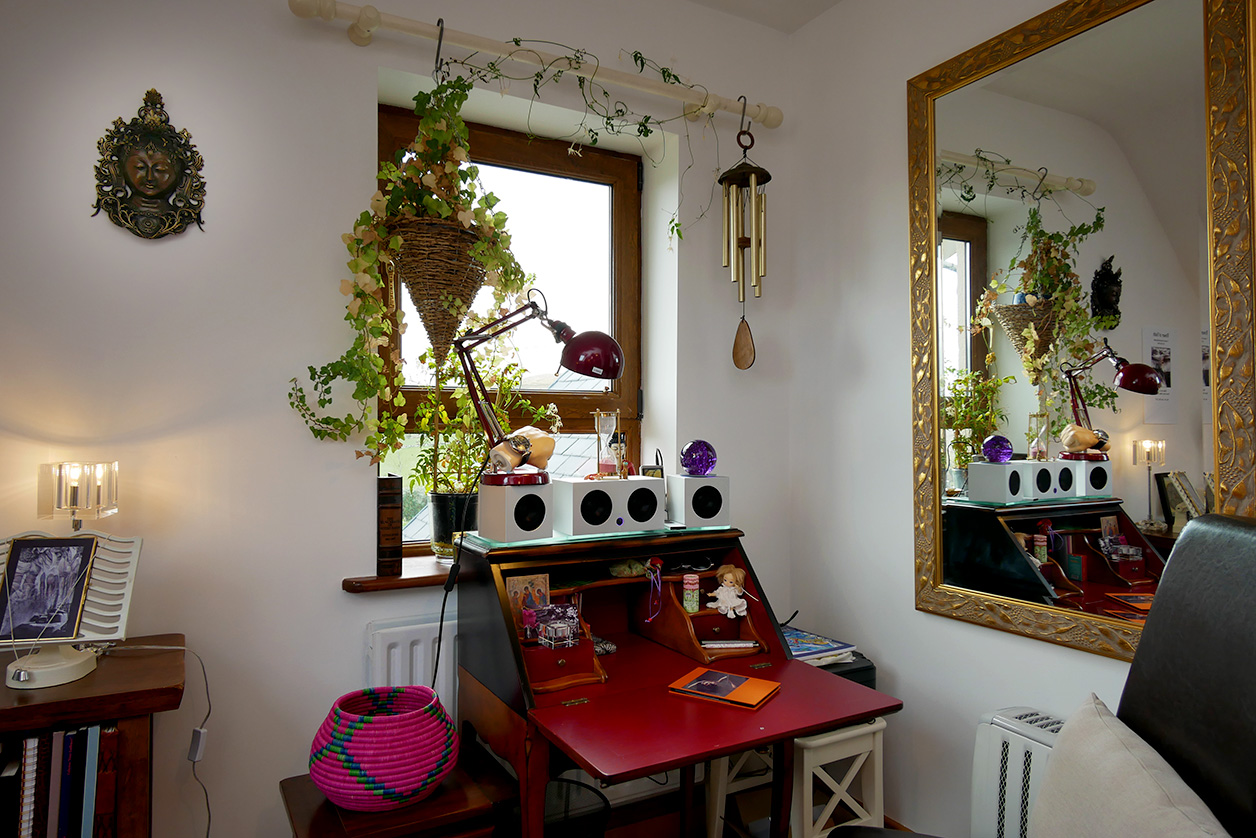 Does this fill the card holder "first step into the high end" to link back to our intro? Relative to a mature midrange with weight and density over a turned-up sizzly treble or port-booming bass, quite so. On matters of grown-up soundstaging and true resolution, not as much but certainly in far higher gear than mono wireless affairs and ultimately, just a first not final step. The Swiss Feniks Audio Essence are a more grown-up audiophile version whose analog volume creates no resolution loss at low level so Bluetooth is in denial as well. soundgil's proposal embraces Bluetooth and smart-phone apps to aim at a more youthful audience but also appeals to users like my wife when cosmetics and no-see-um are as important as sonics. Unless you play our Asian gilettes louder than background, you simply won't hear them at their best. It's easy to blame digital attenuation for that. But with the active Fram Midi 150 a particularly brilliant hifi whisperers whilst using 24-bit digital volume, such thoughts are useless generalizations.