Here's how that desk populates for casa 6moons. If soundgil couldn't supply longer cables, all of their cubes would huddle beneath my screen whose clearance was just right. The walrus bone Ganesha carvings from Amsterdam's Terra Incognita rock shop would simply move elsewhere for the duration. 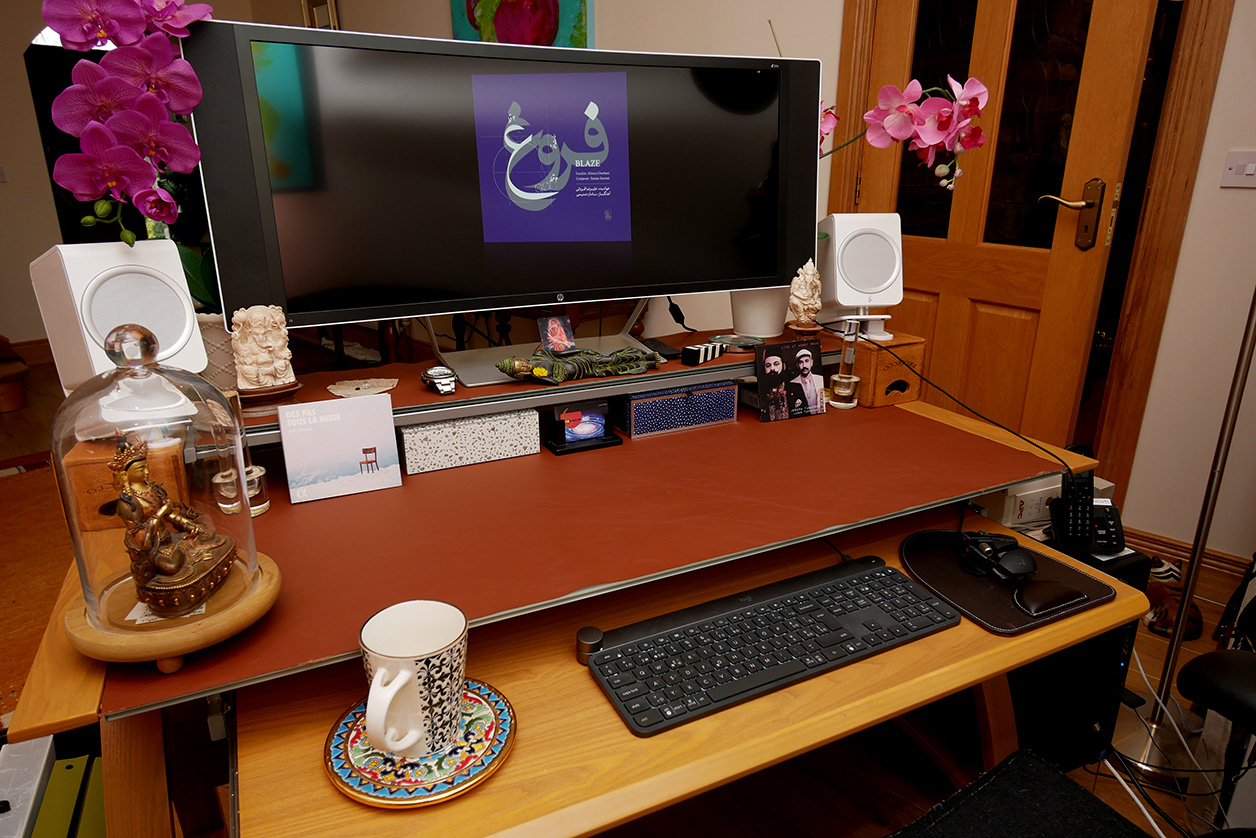 On desk or off, soundgil's Cube system was clearly designed for smaller spaces and more intimate listening. But according to Jean-Marc and soundgil's genesis story, when used as intended, the sonic ambitions of this micro system, just add source, are high. As the company themselves put it, your first step into the high end.

Any journey begins with that first step. Hence its nature, quality and aspiration all encapsulated in the direction that first step takes will influence where one might eventually end up.

Were these four-square cubes really such a solid foundation from which to introduce a younger audience to the allure of high-performance audio?

Could even diehard believers long past their first steps find happiness in a desktop's nearfield or secondary bedroom slash studio slash office situation with this cubed Cupid?

For answers, we had a few home offices and bedrooms to test the arrow's aim.

For EU customers, soundgil maintain a German facility for warehousing, order fulfilment and shipping. That reduces related wait times and transport costs as the product is already inside the union's free trade zone. My review loaners would thus ship from my country of birth which Germans call Vaterland (father land) whilst Indians talk of Mother India.

Available anodize finishes for the metal surfaces of the Cubes are black, silver, gold or rose gold all for the same price. I had no idea which version our DHL delivery guy would dispatch.