CD, SD & USB. If you're hazy on the first two, they're short for compact disc and secure digital, two forms of physical media. Why did quaint CD enter this picture? Because a proper transport like Jay's Audio €1'650 CDT2 MkII sending down analog square waves representing 1s and 0s to a DAC of your choice via AES/EBU remains the standard to which USB must aspire. Recent experiments with the Jay's and Métronome's €12'800 first-ever SACD player/transport proved that 'aspire' is the operative word. Spin down a computer hard-drive with a software player like Audirvana or PureMusic. It reads an entire album into random access flash memory. Forward this now buffered no longer whirring data from your Mac/PC to the same DAC via USB. Compare to CD. USB will be handily beaten. To minimize this offset requires servers of €6'000 LampizatOr SuperKomputer or €13'000 Lumin X calibre. If that seems unnecessarily exclusive, you could match CD performance with basic memory cards. True, it requires to actually own your music, not stream it off the cloud. That arcane fact just disqualified SD card as a music delivery medium for 95%+ of the public. Oops.

But… if you're the exception to own locally stored files and want to hear them at their best, drag'n'drop them to SD card, then hear them through a dedicated transport like the A300. Whilst any PC with a USB slot reads an SD card through a little adaptor, it doesn't eliminate the computer's noise, redundant threads and their constant loading on its OS from the equation. Playing SD from the A300 nixes all that. Even though Soundaware's GUI for SD play is a far cry from the slickness of Roon or even iTunes because you must scan through a library's folder list just as you would with a digital audio player, that's a small price to pay if sound quality is your religion. That price is certainly a lot lower than one of those tricked-out computers which masquerade as audiophile servers. Those invariably rely on network integration. That exposes your sound to the deleterious effects of consumer-grade routers and network switches. Those effects must then be suppressed with Ethernet-to-fibre converters to create optical isolation. If you don't connect the A300's RJ45 port, all of that misery is MIA. Just pop in an SD card, use the infrared remote to navigate its contents, black out the display to go full-on tweak and voilà: top-quality physical media sound to which USB must aspire because it won't easily reach it. 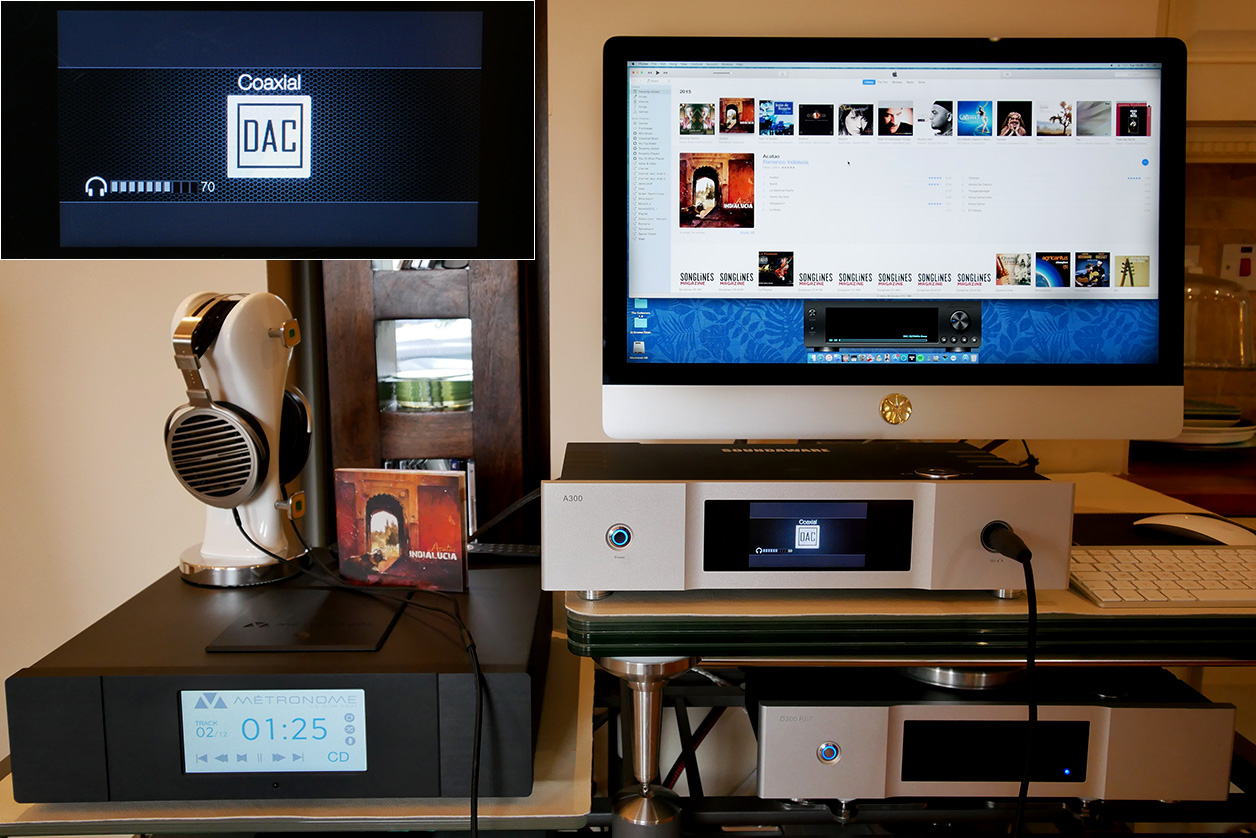 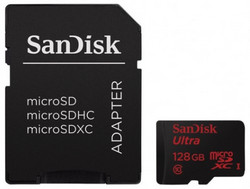 The above shows my hifi-sleuth evidence. At left, Métronome's AQWO. It shook hands with the A300 via a Chris Sommovigo Tombo Trøn S/PDIF cable. HifiMan's very inefficient Susvara planars sang like the fat lady on 70 out of a 100 with headroom to spare. The iMac connected through PureMusic 3.0.9c via a red KingRex double-header USB leash. The Métronome spun silver discs, the Apple their aiff rips. Only when the same aiff file played off the A300's SD card was the sound quality on par with CD. Against USB, the 'CD is dead' standard was the obviously more dense, full, saturated and layered even with Audirvana's 64-bit upsampler for aiff assist.

That was no slight on Soundaware's USB implementation. The same outcome had factored for Aqua's flagship Formula DAC and others of its calibre. USB off a PC/Mac simply comes in a distant second to physical CD spun on a superior transport. To compensate for USB's shortcomings, SD is the cheap and convenient solution. If you opt for micro cards inside their adaptor blank, they'll swap straight to a portable player or smartphone. €50 will get you 128GB. That's close to the storage capacity of a classic iPod. If you want to hear the A300 at its very best, that's the way to go. It's exactly how I use its companion D300Ref. That's the pure transport version without headphone amp but with a super-capacitor power supply à la Vinnie Rossi, Gryphon and Nagra. For me, SD is shorthand for superior digits. Using the D300Ref as a very fancy USB bridge—USB in, AES/EBU out—is how our iMac/Audirvana now competes directly against the €6000-€12'000 server brigade without requiring a WiFi tablet or any networking. Because the A300 too has Toslink, coax and AES/EBU digital outs, it will do the same job within perhaps 85% of the D300Ref whilst adding a full-blown DAC and optional balanced headphone amp.

For a well-known DAC reference at a similar price, enter AURALiC's original €3'300 Vega, a favourite of its time with reviewers everywhere. It received A300 SD-sourced digits via Allnic's Z3000 AES/EBU leash. Both DACs hit the Wyred4Sound preamp balanced. As a head amp, Kinki Studio's €690 Vision THR-1 stood in for the competition at large. Solitary headphone referees were HifiMan's challenging Susvara. If a headfi socket excels on those, it'll drive anything. First, the big system of LinnenberG Liszt monos driving Audio Physic Codex 4-ways. Having forgotten to restore the A300 to fixed gain after a prior headphone round, I just then thought nothing yet of having to trim the Vega's gain quite substantially to match. In this constellation, the difference between converters was plainly about tint and texturing. The Vega was golden, the A300 silverish. The Vega was more fruity, moist and present/forward; the A300 more dry, separated out and distant/deep. If one called the Vega more lush, the A300 would have been the teetotaler. Once I recognized my error and set the A300 to fixed gain which now equalled the Vega's, this difference, poof, evaporated. With matched tint and textures, now the A300 simply exhibited a bit more treble detail and decay action. This was a second reminder for how beyond a certain threshold, digital-domain attenuation already dries out before it gets flatter and chalkier, then outright lossy. At €2'340 without headamp but including all the rest (SD, WiFi, Bluetooth, DLNA streaming), the A300 was clearly the costlier older Vega's equal whilst throwing higher resolution into the deal. 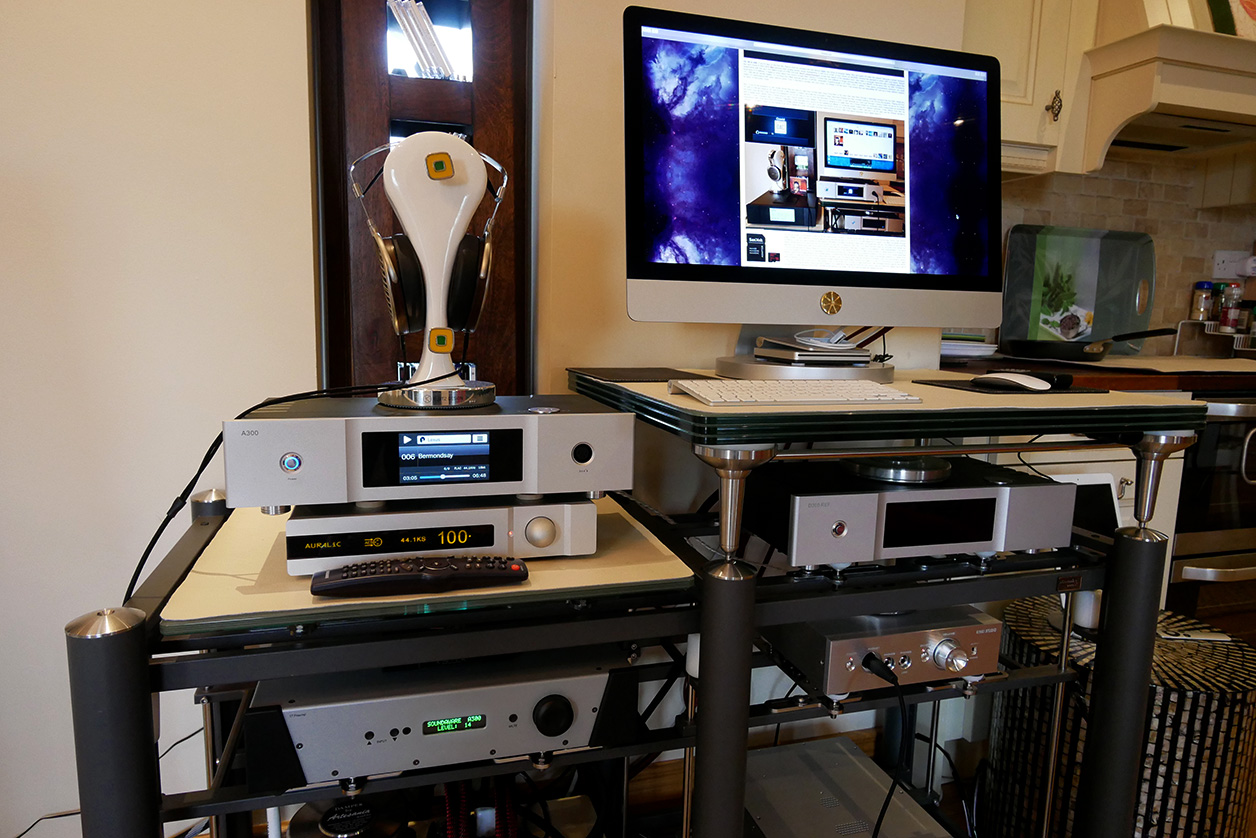 How about the optional €510 balanced headamp? This A/B connected the Kinki via single-ended Crystal cable since it's a pure single-ended circuit. Each time I listened to it, I switched the A300 to fixed gain to avoid penalizing its colleague with inferior signal. Users operating Soundaware's volume a lot could wish that a longer press started moving things along. Alas, each press equals just one solitary step. To rush from 50 to 80 means 30 very twitchy clicks (no challenge for career text messengers). This juxtaposition revolved around the sonics of op-amps vs discrete lateral Exicon Mosfets, feedback vs none or certainly less. The Kinki was clearly more fluffy, soft, aerated, buoyant, expansive and minorly warm. The A300 was tighter, crisper, more damped, cooler and about focus and precision sorting rather than billowy elasticity. This teeter-totter had virtual direct-heated triodes on one end, pentodes on the other. Because the A300 stayed well clear of how our Nord Acoustics nCore-500 based class D power amps push that particular aesthetic to its extreme, I suspect most listeners would have split right down the middle . On total gain, I thought the A300 had higher reserves but I couldn't max out either. 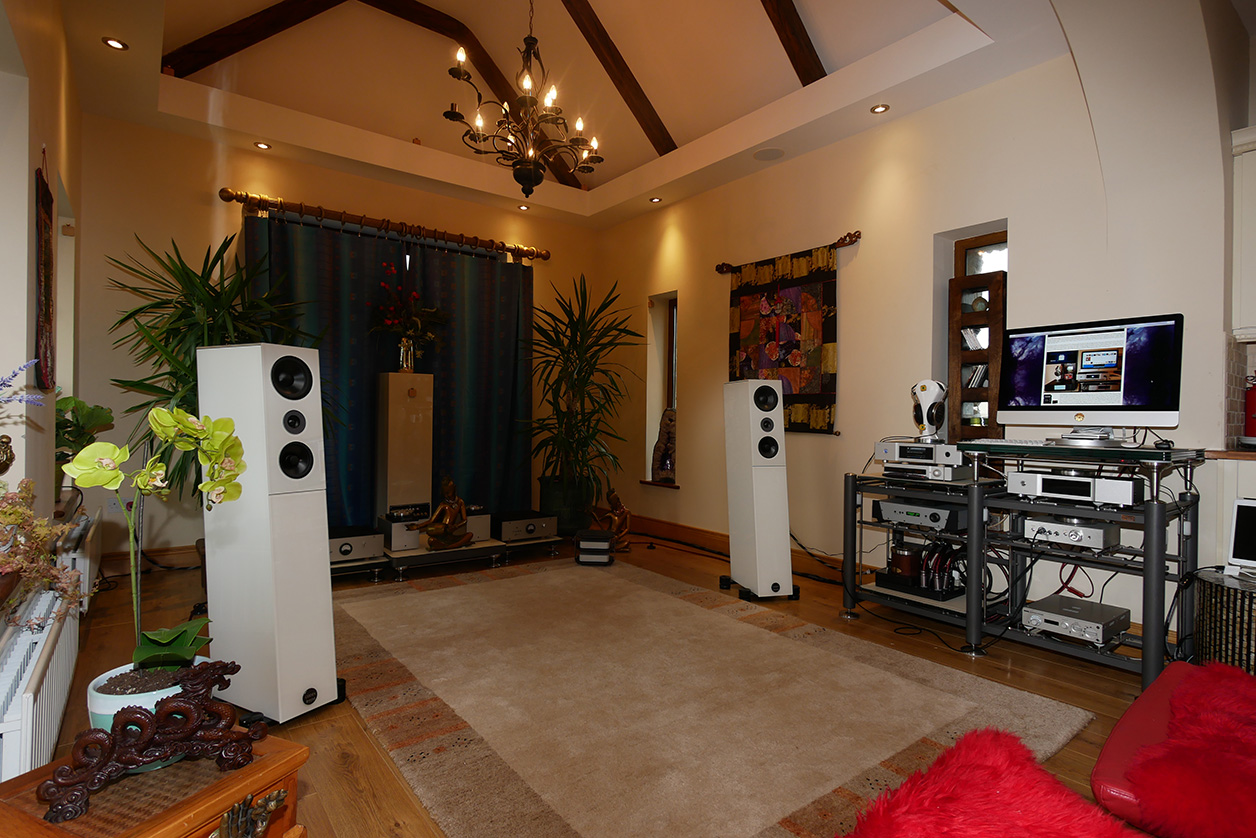 A for ace. That's what one EU manufacturer recently called "unfair advantage". It was accompanied by "I'm very disappointed". He referred to my ongoing thumbs-up coverage of quality Chinese gear with its innate edge on manufacturing cost. He prefers that I gave it a wide berth. Clearly the A300 plays the same card. With its slicked-up cosmetics over the precursor, added features and the option to include a very potent balanced headphone amp all for less than €3'000, such a sell price wouldn't be possible with EU origins. At present, this also means non-existing EU distribution and low resale value where established competitors hit hard with those add-ons which nobody calls unfair. If you're squarely focused on the most hardware for your euro or pound, today's A300 definitely merits your attention. If you want name recognition, dealer representation plus high resale value, you'll want to sit it out for a few years. By then pricing will have climbed to pay for such non-hardware niceties. For now, Vinshine Audio's brand involvement already adds proven support from afar.

To reiterate, the A300 is a DAC, SD card transport, USB bridge and network streamer. It's WiFi/Bluetooth compatible, supports native DSD and is a fully balanced circuit with defeatable digital volume by FPGA. It's ruggedly built, minimalist handsome and sonically competitive. At present, the GUI remains basic but intuitive. Firmware is easily upgraded with a simple protocol. On that count, I'll petition for a fast-scan function of volume up/down via long press; 24/192 support for alac/aiff; and album art from SD cards without a network connection and tablet remote running a 3rd-party app like Bubble UPNP or 8player. Major personal kudos for the inclusion of a card reader which outside Soundaware we previously only saw with Resonessence. SD cards are a cost-effective solution for top-quality playback of locally hosted files without WiFi radiation, network access, computers or USB improver boxes. When fitted with the headamp circuit, the A300 makes for a reference-grade nightstand system that'll drive HifiMan Susvara planars to perfection, no extra components required. The same goes for an advanced desktop system where the A300 will drive active speakers. Despite Ken Kessler's gloomy predictions for our industry, when it comes to the bewildering amount of choices we hifi punters enjoy today, we're surely living in a Golden Age of audio hardware.