The A300's full width but half depth makes it easier on the desktop where it can—sacrilege but eminently practical—double as monitor stand. With rubber bumpers on the footer of my HP Z34c screen to not scratch its surface, I did exactly that. Proper Windows protocol for my HP work station meant installing a USB Audio 2.0 driver which I downloaded from Vinshine Audio's site. Afterwards I could set the A300 as default playback device in the Win7 Sound window and stream wired Qobuz, Tidal and Spotify to bypass WiFi. 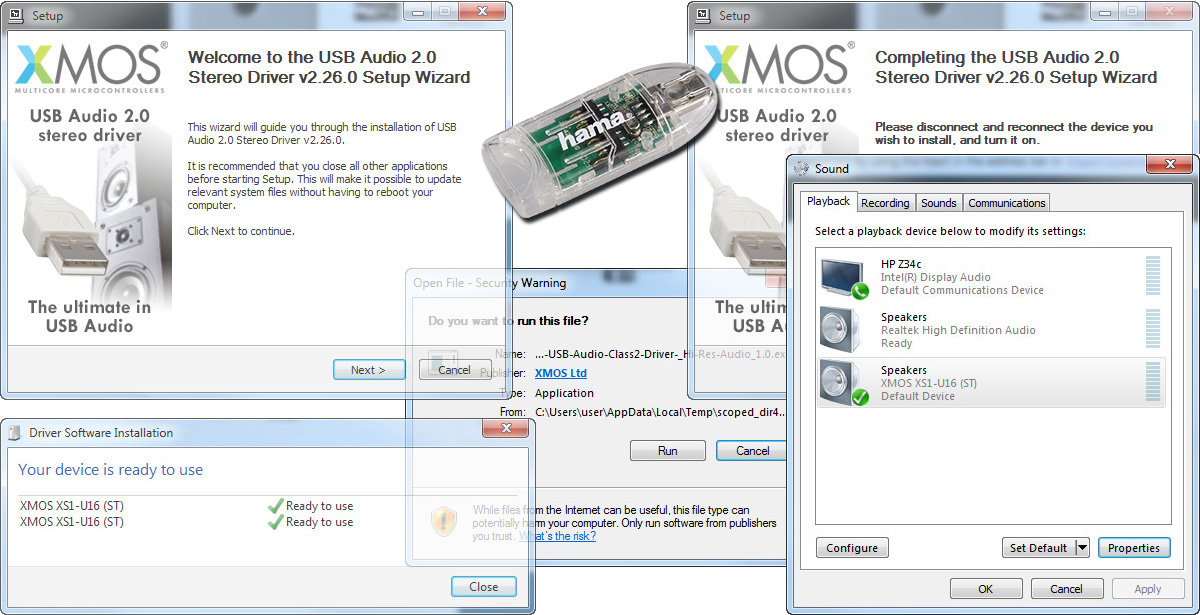 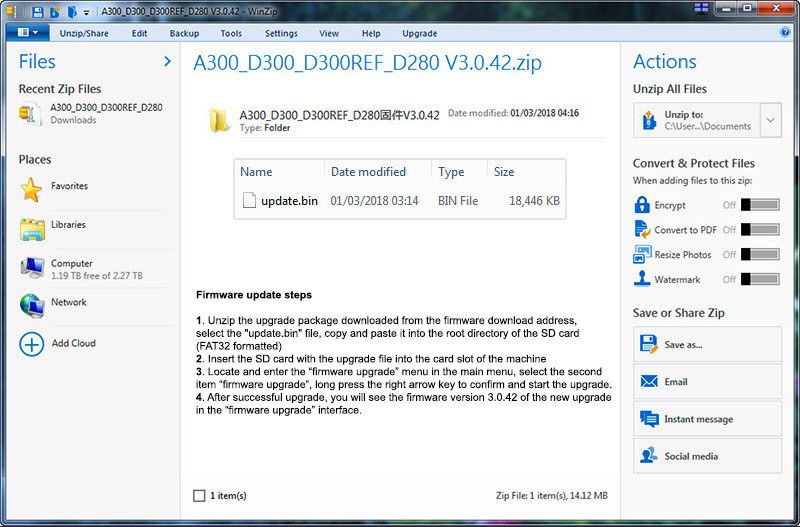 Our crib suffers the rare mysterious power glitch; mysterious because it'll be

By reseating the card in one of the USB slots with a Hama SD/USB adaptor, I was back in the music saddle in no time. Still, my factory contact Lesley Liu suggested reloading the already current v3.0.42 firmware. Perhaps an overwrite would restore the reader? This overlooked that the update relied on the OS to look at the SD card reader to retrieve and execute the .bin file. It couldn't find it parked in the USB port. So the overwrite failed. I then tried the 'force reset' to presumably roll back the OS to a slightly earlier version. Instead it rolled back to v1.8.3. In one fell swoop, that eliminated the modes of volume control, USB Audio 2.0, Bluetooth and Network. Now even reading the SD card off the USB adaptor didn't work. I needed a replacement unit.

To document the upgrade process to v3.0.42, I did it to our D100Pro which installed without a hitch. I then did the same to the A280. When I tried to play tunes, I had no output on XLR, RCA or 6.3mm. I now 'force reset' that machine and overwrote v1.8.3 with again v3.0.42 just in case. No joy. I had unwittingly instigated an auto mute. I asked Lesley for a slightly earlier OS version that would restore the outputs. She promptly emailed me zip files for v0.95 and v1.0.26, instructing me to install those sequentially. I did and presto, the mute lifted. This was a tacit reminder on how FPGA coding these days controls many previously hard functions. An update can add features, a rollback subtract features whilst the wrong firmware will cause dysfunctionality and popped veins. By loading v3.0.42, I'd caused a haemorrhage in the A280's electronic brain. But unlike an actual short circuit with fried parts, it could—like magic nearly—be healed with a simple overwrite emailed in from China. 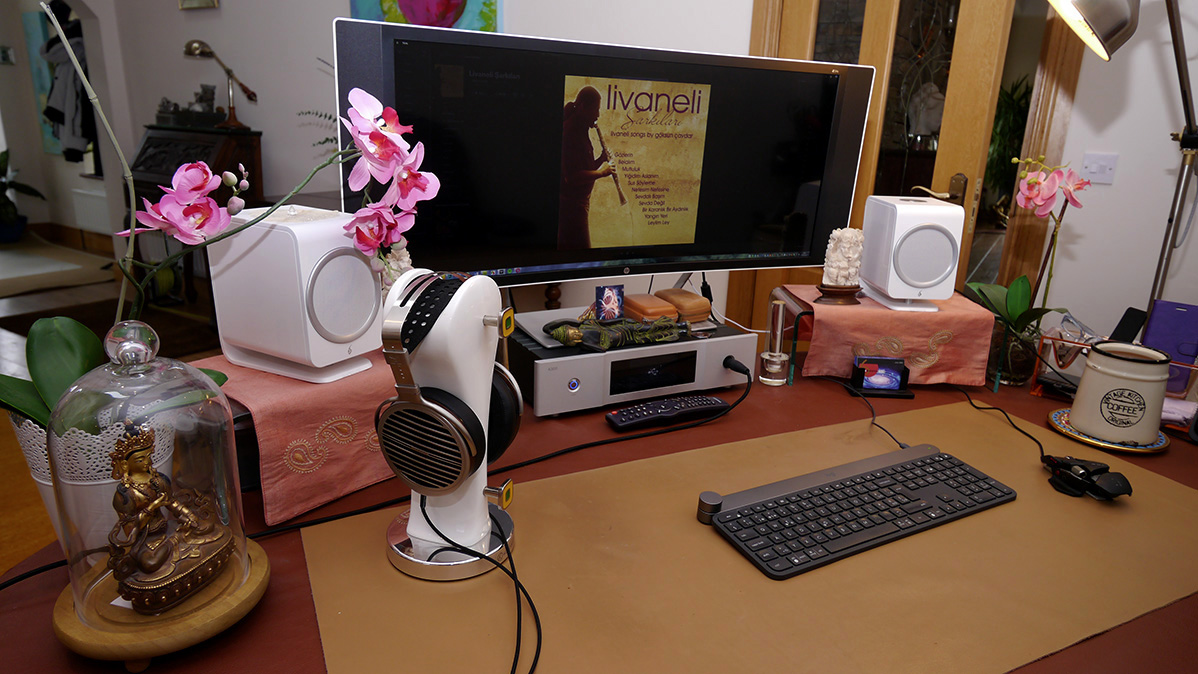 A300 display indicates USB 2.0 audio mode to function as a USB DAC/headfi amp

Having already taken photos of various A300 screen modes, here we see some to get familiar with Soundaware's GUI. For volume, the hard chassis controls exploit dual coding for the back/lower and next/louder cluster buttons. A short press hops tracks, a long press momentarily brings up the volume readout to adjust 0-100 in individual full steps. This can also be done via remote. 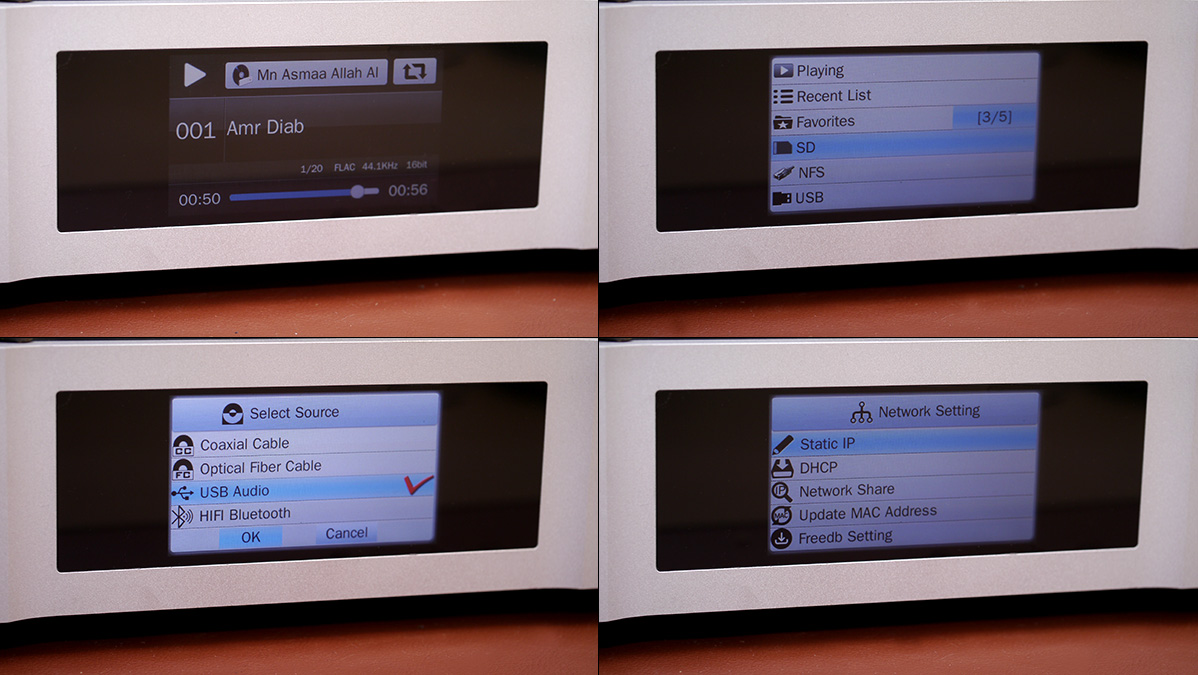 Because the A300 has no fast scroll, one clicks through folder trees one item at a time. Users of loaded SD cards might drag multiple album folders by the same artist into a shared master folder. With hundreds of entries, this does speed things up but presupposes that one still owns music. If you only stream subscription services or free MP3 files, you'll bypass Soundaware's navigation. Now the full-colour GUI of Spotify & Co. becomes your PC/tablet/phone access portal and you'll black out the A300's display altogether. This also wipes out a justifiable complaint of lack of cover art for USB/SD local media without smartphone remote. Despite proper cover jpgs in the album folders, the A300/D300Ref can't otherwise show them even though Soundaware's portable players of course will off the same SD card. Those keen to see album art will hope for a corrective future firmware update. 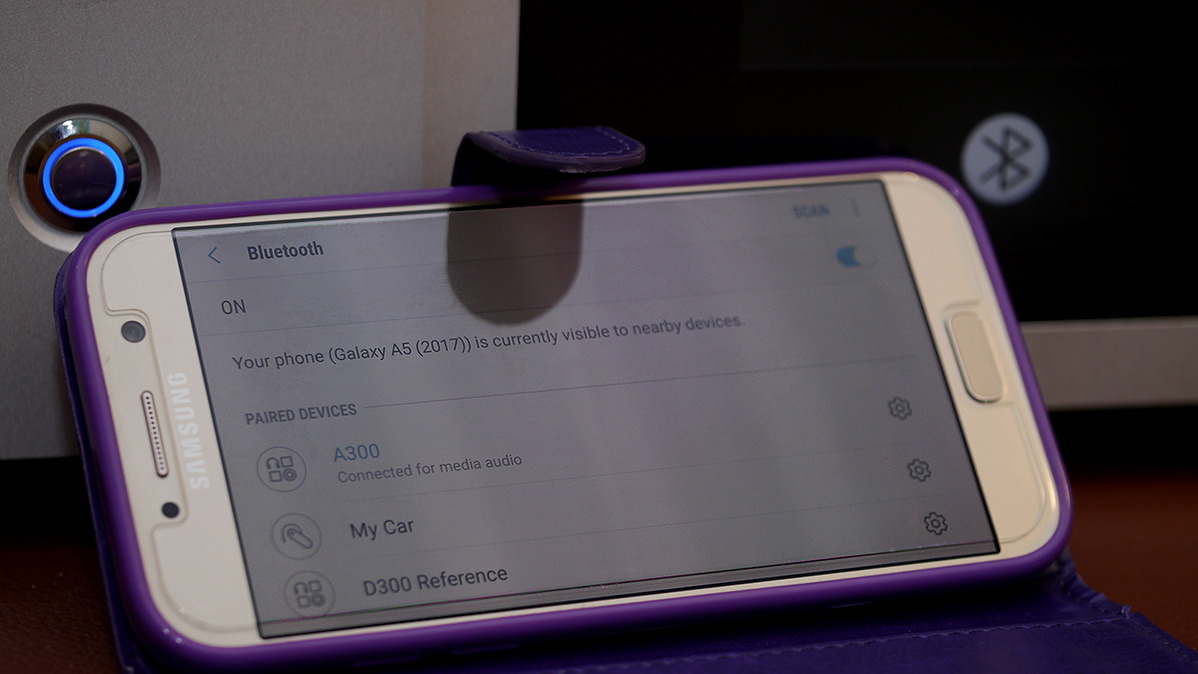 As it had with the D300Ref, Bluetooth pairing was straightforward without password secret code. My 1962 brain just can't tolerate such strong 2.4GHz Bluetooth microwave radiation. The vast majority of course seem impervious. They'll happily mount the A300's WiFi antenna and listen to music over the air. It works without a hitch and should be a great socializer when visitors come over. They can instantly share their favourite tunes off their smartphones.