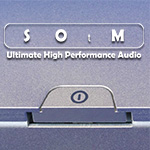 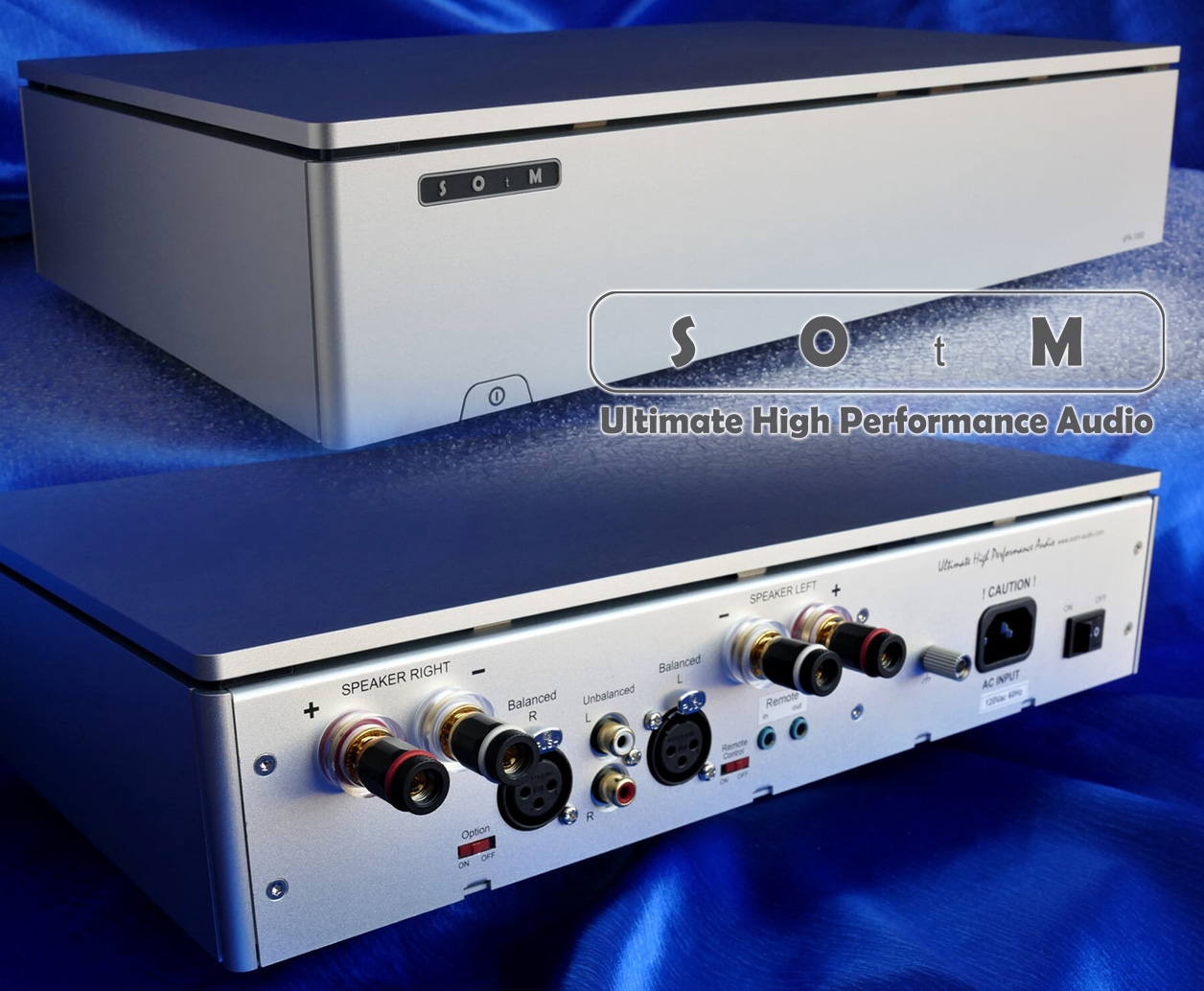 The S class of class D?

That's how SOtM as South Korea's Soul Of the Music might hope we will come to think of their new sPA-1000 amplifier. It entered their catalogue's Ultimate range and is proudly bespoke, thus not reliant on an OEM module from usual suspects Anaview, Hypex, ICEpower, Pascal, Powersoft, Purifi or TI. Like Tom O'Brien of Cherry Amps, Alberto Guerra of AGD Production or Merrill Audio's Mr. Wettasignhe have done, Il Won Lee of SOtM penned his own switching output stage. At 7.5kg, his result is typically lightweight and packs into their usual 36x84x25cm full-size silver or black case with floating lid. At 100wpc/8Ω, it simply makes half the power of competitors which do 200wpc.

Where SOtM claim exceptional status is power stabilization. Theirs isolates a balanced/bridged circuit from the 'pumping' effects of a speaker's back electromotive force on the feedback loop. Their specs call it active power supply noise cancellation with high-precision power regulation. By mid November when the company's May Park solicited me for review, their specs didn't yet tell more than 10kΩ input impedance on RCA/XLR, bandwidth of 20Hz-40kHz and THD+N as 0.05%. S/NR, dynamic range and input sensitivity still listed as TBD. The UK importer's website already had "closed-loop control for best THD performance and a 4th-order low-pass filter".

The online owner's manual already had this about the rear-mounted 'option' slider switch: "When the product is operating, it may affect AM radio reception. If that's the case, set this switch to 'off' to improve reception. When not in use, set to 'on'." Amplitude-modulated radio carrier frequencies live above the FM bands. SOtM's amp seemed able to interfere with the 535-1'605kHz band. That and more warranted additional information. Now Canadian contributor Glen checked in. He too had been solicited for the same assignment. Given his reliance on class D amplifiers for his main system, we decided that he was best equipped to handle SOtM's request. This is where the Irish editor bows out and the Canadian reviewer takes over. – Ed

With thanks for the hand-off from across the ocean, my move to class T and D amps came as a result of the insatiable and grueling power requirements of my Apogee ribbon loudspeakers alongside my desire to retain a tubular character. I have personally and professionally played various iterations of solid state and valves for over half a century. I consider each to have inherent strengths and weaknesses that can be exploited or minimized by a good designer. Talk tubes and you're looking at soft clipping and a dimensional envelope. Talk solid state and you're discussing transient ability and linear frequency response. T and D class straddle the middle ground. Contrary to assumption, it's no new frontier but merely an alternative implementation of transistors dating back to the 1970s then bearing nameplates like Infinity and Sony. What we now see is a renaissance of that switching technology fueled by the perseverance of early pioneers, then augmented by fresh input of new designers determined to lavish the same high-end engineering that has graced tube and transistor class A and A/B . SOtM's head engineer and designer Il Won Lee decided to enter that group of fresh talent with a contribution which he hopes will erase some unfounded prejudices about class D amplification, thus be judged as an amplifier without alphabetical qualifications.