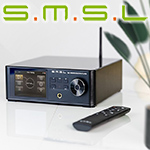 Ghost protocol. It's what audio nutters invoke whenever a component begins to show first signs of failure. Before it gives up the ghost entirely, we shop for a replacement. If a repair isn't in the picture, we want to duplicate all of its functionality. If we loved the original, we might replace it with the most current version. If sonics or features refresh too, even better. For me, Soundaware's trusty but aged D100Pro had begun to distort with clicks and hiss between tracks. Overwriting its firmware with itself didn't make a dent. Then it misbehaved with Denafrips' Aether clock by emitting RF. I run the D100Pro as a pure digital transport without PC or Internet. Its file-loaded SD card forwards digits via I²S over RJ45 to a Denafrips Terminator+. That reclocks the transport via two long clock cables. The transport sits next to my listening chair. Now I see its smaller display without squinting. An IR remote quickly navigates the card's file folders. Without router connection, this older unit simply can't display cover art. That's probably my only nit. 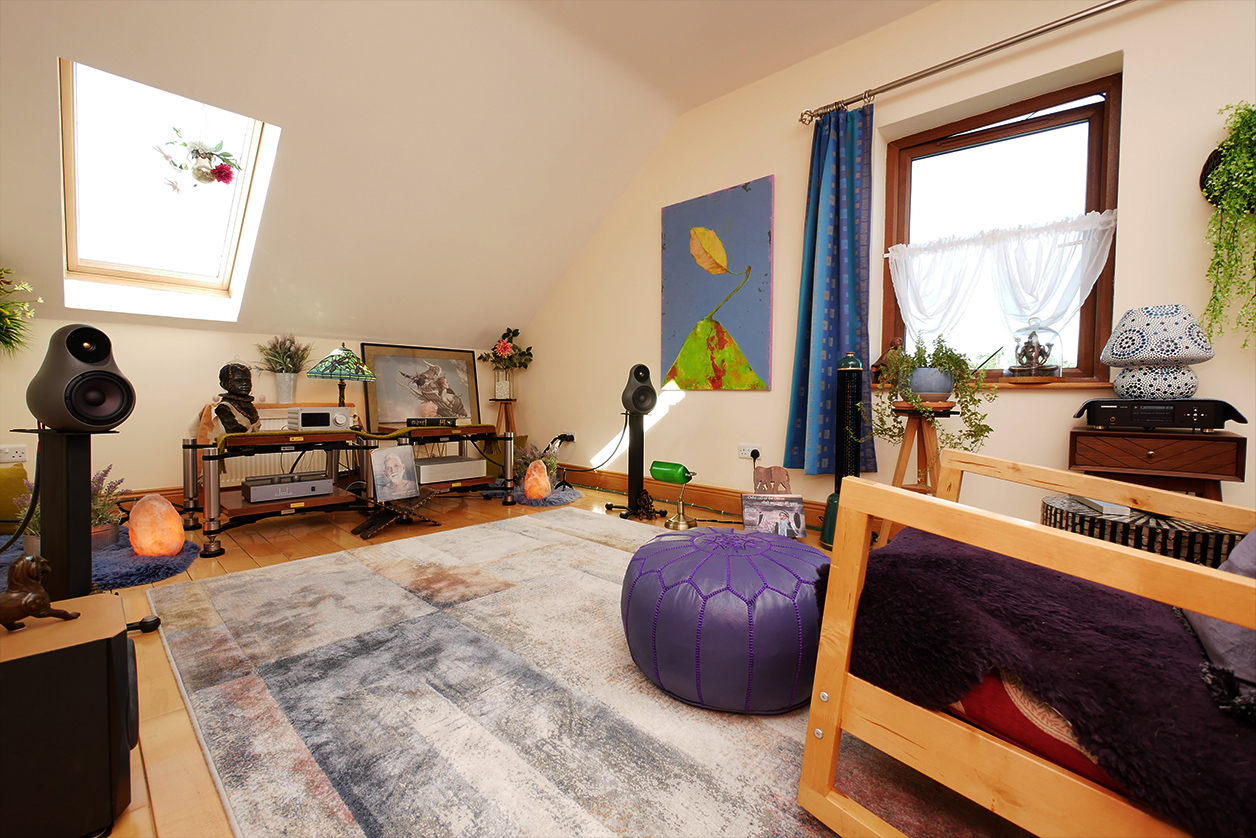 I already have an smsl transport on the same room's headfi. I thus gravitated to ordering a second SD9 from France's Audiophonics. Ghosting that protocol with more window shopping, I eventually gave the nod to the Dp5; for its bigger display. True, I'd pay extra for the internal ESS 9038 DAC, op-amp based output stage and 6.3mm headfi socket. But convenience has its own value. It's just the larger display I wanted since I don't do tablet remotes over DNLA. I already knew that smsl's I²S over HDMI speaks the same pin config as Denafrips. A 6m 8K HDMI 2.1 cable would replace my current 6m CAT8a as high-speed digital interlink. I'd lose Soundaware's clock-sync option. Given the company's absentee representation in Europe, I simply prefer dealing with smsl's French importer. I've already used them also for the Singxer SU-2 USB bridge on my desktop. That fronts iFi's iDSD Pro Signature after an old Audiobyte Hydra X+ bit the dust. Should I need eventual service, with Audiophonics I won't kayak up one of the Amazon's Chinese tributaries without a paddle. For a quick description of the Dp5, I refer you to this Hans Beekhuyzen video.

I fill you in on interface action. Used as a pure file transport sans network, card-surfing functionality represenst the lion's share of my ownership. Sonic differences between bit-perfect players in this price range will be minimal so don't expect comments vis-à-vis the outgoing Soundaware. Here is the Dp5 manual.

While the rest of the world embraces ever more WiFi for ever more connectivity like refrigerators ordering food from your local grocer's, our household's WiFi allergy and disdain of surveillance and data mining sticks to hardwired digital. Our upstairs is a PC-free zone or else very long Ethernet cables would run up the staircase and down a 10m-long corridor. So SD transports remain my favorite low-cost alternative to CD spinners. They have no moving parts. SD cards conveniently travel from system to system. They hold more music than I need. They are easily repopulated with a quick drag 'n' drop off the local downstairs file library. I much prefer owning music than cloud streaming. In payment for old-timey offline happiness, I gladly give up the scroll 'n' tap creature features of tablet remotes. Priorities. We each have our own. I love SD transports yet their pickings are slim. It's why I cover this acquisition. Today's writeup is for those few remaining fellow dinosaurs who still roam the hifi steppes off the omnipresent www.leash. Roaaar? 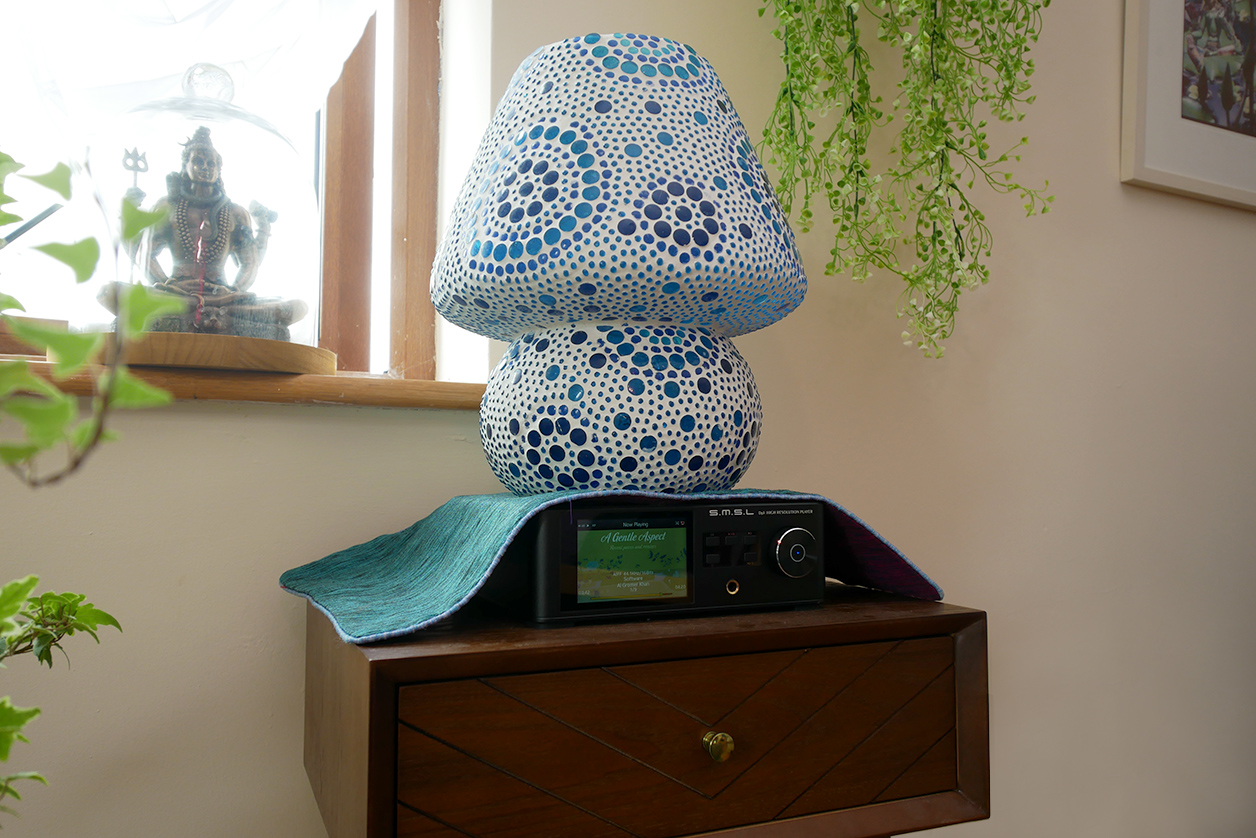 On a few scores, only meow. Anything other than 'never off' backlighting dims the display at the programmed interval but won't relight with a new remote command. It takes a new power cycle to change the setting back to always on to see anything. To extend the display's life expectancy, one instead turns it on/off with the remote's FN button. Now even max brightness won't burn out any pixels. Unlike the SD9, this deck can't reproduce standard letters with ö/é/å type marks which occur in German, French, Portuguese, Spanish, Swedish, Turkish and other languages using the base European alphabet. Sticklers will be in the mud seeing them replaced by Chinese glyphs. Via IR remote, common playback modes like repeat/random options still hide several menu layers down without convenient shortcut. Quicker access is via the physical rotate/click controller. Briefly holding its center brings up a 4-quadrant window. The lower right has all the mode options. Showing full-width square album art on a rectangular display means that parts of a cover won't render. Depending on its layout, that could (cough) castrate the title. However, read-in of close to 1'000 tracks occurs quickly and the display confirms its progress. Power on/off via front panel switch is very quick and boot-up lag nil to suggest sleep mode not hard power off. 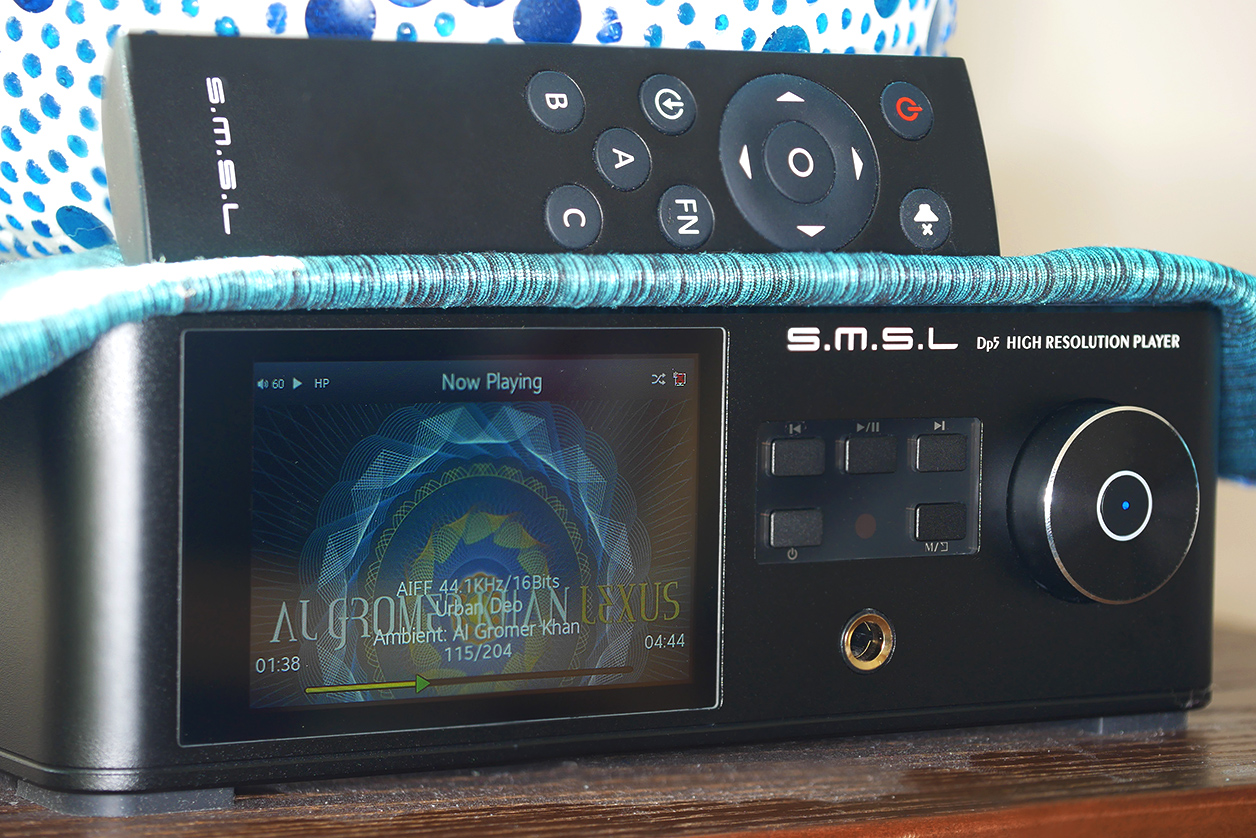 Even in 2-of-5 brightness during a shiny summer day, the display is well visible from a meter away and shows all expected meta data including file type, sample rate and bit depth. For headfi or line-out use, volume displays numerically in the screen's top left corner. HP next to it obviously stands not for Harry Potter or Pearson but headphones. During actual volume changes, the screen changes to a large completing/diminishing circle with an easy-to-see big increasing/declining number in the middle. There's gapless and 'endless' list play works itself sequentially down an entire SD card's folder tree. It's all rather self-explanatory if not as 21st-century slick as tap 'n' scroll touch screens. New music read-in is done manually or automated with each power-down. WiFi, Bluetooth & network activate in the menu so can all defeat. My display shows it in the upper right-hand corner with the LAN symbol crossed out, those for Bluetooth and WiFi removed entirely. What other folks would view as crippling or dumbing down the Dp5, I call fully optimizing it. In short, another happy buy in casa 6moons that—far more than less—interfaces as expected to fill the slot left by the D100Pro's demise. I spent less coin but gained partial cover art. I call that a fair trade. Roar!