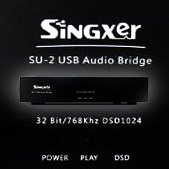 Viking funeral. Full longship on fire ceremonially drowning in the Shannon river's sunset across the street. Done. The burial was for my Audiobyte Hydra X+, long-time chieftain and protector of the USB realm, isolator, cleaner and reclocker of its well, general protector against PC noise and audio-nerd tickets. When it gave up its ghost after years of impeccable service, my question was what to replace it with on the desktop. I wanted another compact/affordable USB bridge to fit beneath my screen's low shelf. Under consideration were Audio-Gd's DI-20 and Singxer's SU-6.

Both have excellent independent measurements. Those really matter in this category of digital-to-digital converter or DDC. Musical data bits come and go unchanged but jitter and noise are the baggage we want to see stripped off. Singxer's super-cap supply looked extra tasty because I get excellent results from my big Soundaware D300Ref. It exploits the same solution in the main rig. The SU-6 also has I²S outputs on twin HDMI and one RJ45 plus Toslink. For my application that was overstacked. Then I learnt of the SU-2. It scales down to just one I²S output over HDMI; subtracts Toslink which I don't use; then drives the bill down from €716 to €460. More independent measurements show good performance and an AES/EBU output slightly superior to coax so the inverse of bigger brother. I generally prefer the more robust signal voltage of AES/EBU. With clock i/o, dual Accusilicon clocks, high-rate support and a sleeker look than the Audio-Gd—hey, we all need reasons—the Singxer SU-2 had my number. So I called it.

This small acquisition is part of my recent desktop remodel into nearfield high-res audio. I chronicled this with reviews of the DMAX Super Cubes, iFi Pro iDSD Signature and Mercury3.0 USB cable, Gravity stands and Audirvana Origin. Truth told, the iFi DAC does a brilliant job with its direct USB connection to my PC. Could I shine it up even more by once again inserting a USB bridge ahead of it? Reviews like Ancient Audio's Vintage Oslo IID monitor also rely on a coaxial signal. Neither the iFi nor my PC can generate one. I needed the Singxer for certain gigs regardless of extra fairy dust it might sprinkle elsewhere. So France's Audiophonics to the rescue. They had one in inventory. I'd used them before for the tiny smsl SD-9 SD card transport that works so well on my nightstand headfi. Replacing AliExpress/eBay with an EU-based retailer gives me extra confidence in such less-tested ChiFi scenarios. 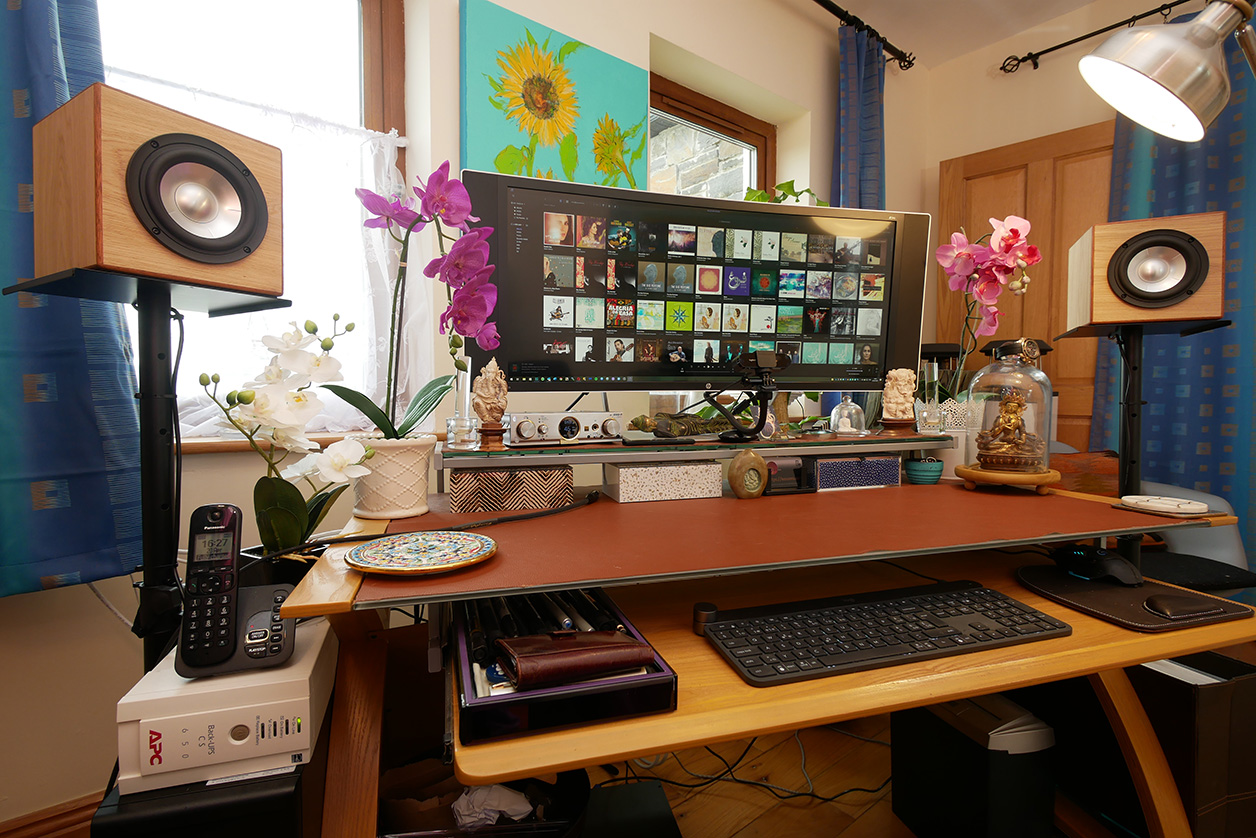 Would it do anything audible or just bolt extra connectivity onto my PC's USB output to be sheer convenience item? What about slaving iFi's clock to it or vice versa? I'd never yet tried the Sig's clock i/o in any fashion since I had no mate with the necessary clock terminals. Time to return to class with my learning cap on. You never know what might happen. It's good to remain curious. According to their website, the brand belongs to Guangzhou Singxer Electronics Co. Ltd located in Guangzhou City's Panya district. It launched in 2011 focused on OEM/ODM contracts. Today their Singxer range spans four USB bridges, three DACs, a headphone amp and three USB modules. 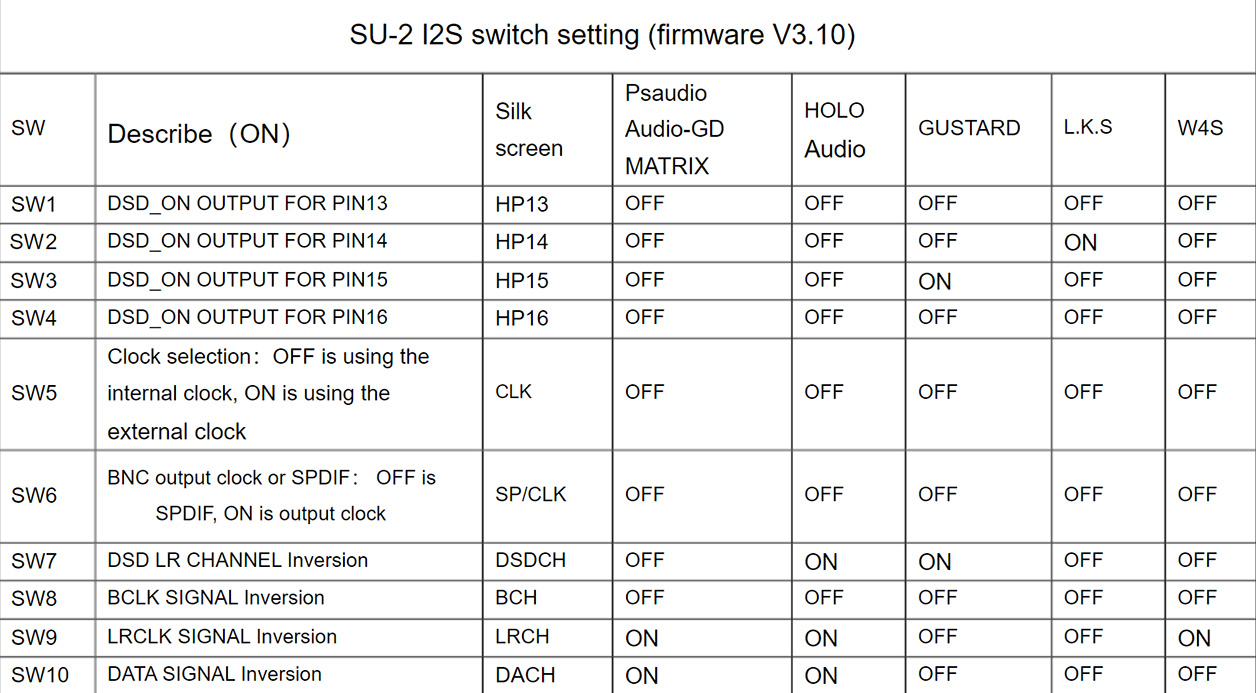 In the absence of standardized external I²S transmission, potential handshakes between gear often rely on pin-config tweaks. Singxer do theirs with belly-mounted dip switches. Those also control internal or external clock (switch 5); and whether BNC outputs S/PDIF or a clock signal (switch 6). This still doesn't guarantee I²S compatibility with all equipment. Buyers keen on the feature must do some homework. Ascertain that the decks you wish to connect via I²S speak the same dialect. In the mildest case of mismatch, there's channel inversion. Switch 10 corrects that. There could be clicks/ticks or dropouts. In the worst case, there's no signal at all. Then it's time to consult both manufacturers; or revert to S/PDIF. That's because the original I²S protocol was never meant for separate components but circuit traces. Those involve no cables or connectors. But transports and DACs split in twain. When enterprising designers wished to replace S/PDIF's serial transmission between them with I²S's parallel version, they grabbed available connectors with sufficient pins. Then they decided how to wire them up. Over the years we've seen I²S over S-video, discrete BNC, HDMI and RJ45. For external I²S it's still a jungle so very much caveat emptor and blow darts. What's your poison?