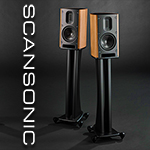 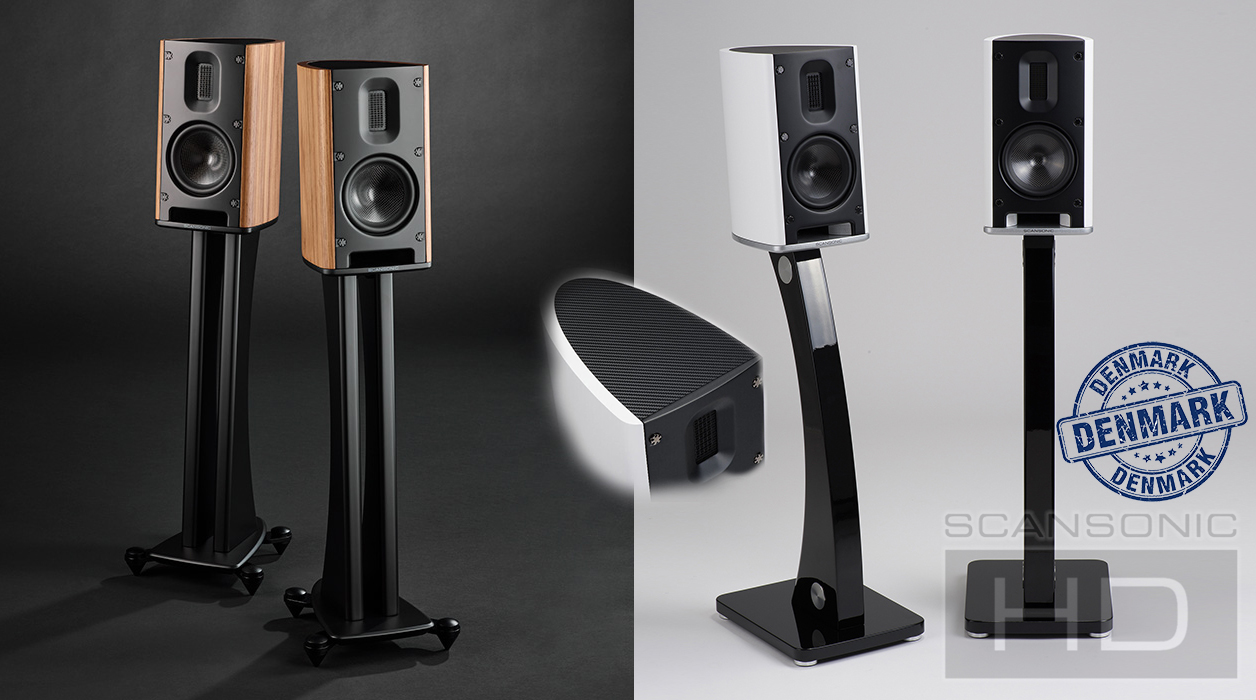 Dantax. It takes no imagination to see the first three letters as shorthand for Dansk or Danish. Getting literal on tax would fit since Danes pay very high taxes to support their enviable quality of life. A little more imagination might suspect 'tax' in Dantax to signify tech like Duntech combined founder John Dunlavy's last name with 'tech'. Google Translator simply says otherwise. In Danish, tax isn't tech. The company's full name is actually Dantax Radio A/S. The suffix abbreviates Aktieselskab for a stock-traded corporation. Founded in 1969 more than half a century ago, Dantax started speaker production with OEM drivers. By 1977 they acquired ScanSpeak which brought elite driver design/manufacture in-house. By 2009 Raidho joined the firm. Today's ScansonicHD is "Raidho for paupers"; the same tech scaled down to friendlier budgets. 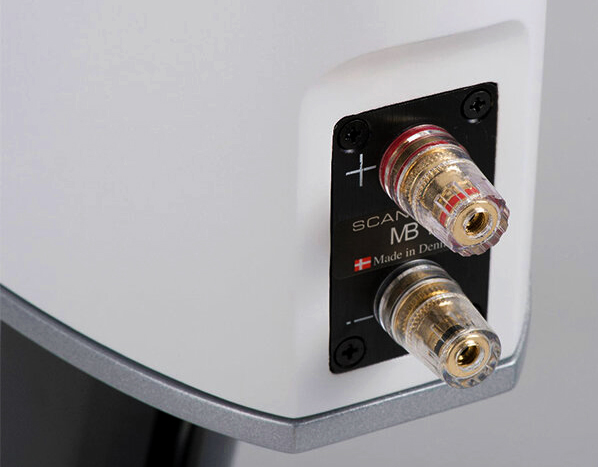 Dantax also own GamuT. Together with Raidho, this saw star designers Michael Børresen and Benno Baun Melgaard work under one roof. The latter was GamuT's chief designer from 2012 to '17 then held the same position at Raidho until December 2020 when he joined Gryphon Audio Designs. Gryphon founder Flemming Rasmussen now works with Audio Group Denmark whilst Lars Groller oversees Raidho's current designs. Lars began at ScanSpeak, later owned GamuT whose speakers he engineered, then worked for Bang & Olufsen, Harman Automotive and Dynaudio.

If this makes Denmark's hifi industry seem like Peyton Place, it's probably just the tip of Gungir, Odin's spear. It's a small country and a specialty industry. It makes sense that its members would know one another and often trade places to pursue new opportunities.

In the wake of my Raidho X1t review, I grew curious about Scansonic's equivalent. It's the MB1B. The two initials abbreviate original designer Michael Børresen, the final B Benno who "significantly improved it". Though less costly, the MB1 ups the X1t's on-paper ante with 2dB more sensitivity, an F3 lower by 25 cycles, high-gloss black or white lacquer and walnut veneer options plus a decidedly curvier cabinet whose cross section looks like an elongated 'D' viewed from above.

It's the quintessential boat-hull back. Its narrowness stacks terminals one atop the other. The scalp gets a carbon appliqué. Instead of Raidho's Ceramix driver with Tantalum skin—the €20K/pr TD1.2 adds a lab-grown diamond layer—the Scansonic runs a 5¼" mid/woofer in carbon fiber. Its profile sans traditional dust cap recalls the exotic 7-inch Italian job of Titanium skins with foam core which Alon Wolf used in his very first Magico Mini of 2005.

The tweeter is a downscaled version of Raidho's signature planar. It differs from a true ribbon by applying a wavy tightly paralleled voice coil to its membrane. That eliminates the need for a transformer to step up impedance from a virtual dead short like a Raal. Overall WxHxD dims are a compact 178 x 312 x 286mm, weight is just 6.1kg/each. As shown above, single or dual-pillar custom stands with safety bolt are available. To damnable hoover accidents it says, "I'm firmly attached. Bump me if you must." Hifi's version of a Tinder date? Best not. The whole assembly isn't massive by design. It adheres to the notion that nothing stores more energy than high mass. For rapid energy release, stay light. Float like butterfly, sting like bee. When I asked for a veneered sample to show off this newer finish, I learnt that it was out of stock. Would Sir care for black or white? I asked for the latter. My factory contact Morten Kim Nielsen would make it so.

This had me whetstone keen. By October last year, Raidho's diamond-layered TD1.2 had so impressed that I affixed our rarest award. Raidho's X1t too had been most delicious. In my rooms it simply proved incomplete without a sub. Lowering membership to this elite club to ~1/10th of its most ambitious monitor yet having been likewise blessed by Mr. Meldgaard's 'MkII' overhaul, I anticipated that our Scansonic had 'Jill's & Jon's pick of the litter' written all over it.

With both Raidhos long returned, I was in no position to get specific about how close the MB1B might get. Today's review must stand on its own eight spikes. But it might just prompt some informal suspicions? After all, I'd use the same ancillary hardware and same two rooms I had with both Raidhos; and only a few months had passed. I could probably allow myself just a bit of conjecture. 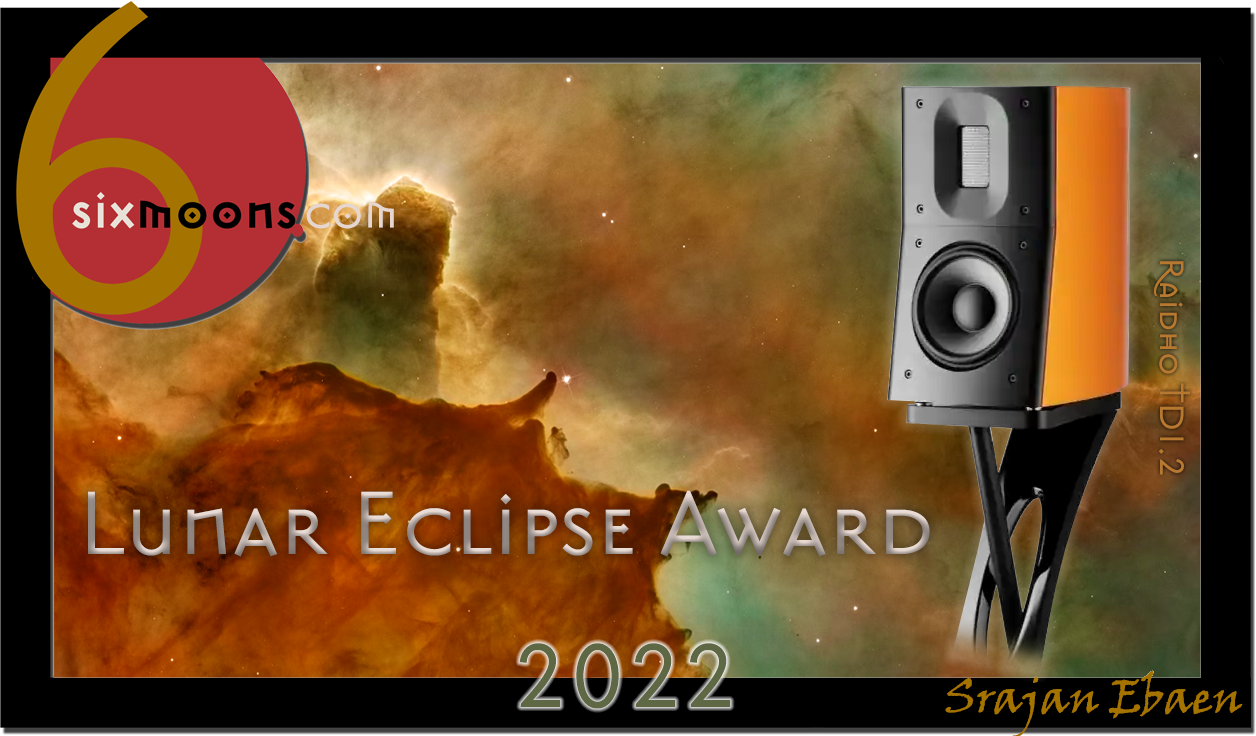 First a bit more twittering on this tweet. T+A elektroakustik of Germany also have a magnetostatic tweeter. It migrated into their new speaker line after premiering in the Solitaire P/SE headphones. Models with the German Mag tweeter simply start at $30K/pr because already the smallest is a 3-way floorstander. Far more common for an exotic tweeter is the Heil air-motion transformer. Because its original patents expired, anyone with the necessary chops can now fold their own. Adam, Audio Vector, Hedd, Mark & Daniel and Monitor are a few that do. Dayton, Gladen, Kravchenko, Monacor, Mundorf, Precide and SB Acoustics all manufacture them for others to use. In speakers I own, AMT factor with Acelec and Mon Acoustics monitors. Airplain and Burmester use them. So do Kroma Atelier and Qualio. There'll be loads more. But when voting planarmagnetic for speaker tweeter in a big way, Raidho were probably first then their Børresen offshoot just like on a parallel track, Audeze led the breed's renaissance for flagship headphones. Getting such a one in a €2K/pr monitor is still quite rare. Were we to hustle up bragging rights for the MB1B, that'd be the biggie. That wraps my tweeter twittering tweet.