Hot knobs. The APL01 has four of 'em to invite hopefully private fondling. Aside from the usual master volume, there are independent l/r balance controls with center detents plus activation buttons. If the latter aren't depressed, the balance controls are out of the signal path entirely. These balance controls are select pots which insert into the output. That avoids cascading volume/balance pots at the input which would compromise sonics. There's a three-pole knob for stereo, mono and channel swap; and a tape-monitor selector. Inputs see individual push buttons for direct not sequential selection. There's even a mute button and all active buttons light up a corresponding red LED above them. No function is exclusive to the simple ± volume remote so won't disappear should its battery expire. The APL01 is fully functional in pure manual mode. Forget a wireless app altogether. Cellphones don't belong in the Riviera listening lounge. To get twinned transformer-coupled XLR outputs upgrades to the Special Edition version. Besides its six RCA inputs, the standard APL01 gets one balanced input and twin unbalanced no balanced outputs. The €1'400 1.5m PRC-01 mains cable is optional.

The other decision to make is finish. The choice is 'metallic sand' or 'matte metallic charcoal grey'. Having previously reviewed the AIC10, I'll call both winners.

Just as the brand's luxury placement wants and warrants, Riviera's finishing is truly sumptuous and includes the footers. 25kg of packed mass add more proof to where your money went. It all adds up. All that's left is listening. With what we've learnt about Luca Chiomenti's design credo, what do you assume insertion of his preamp did for our sound?

If the distortion-cancelling aspect worked—if my ears overlooked the higher very particular distortion for the reasons already explained—should we expect more clarity and intelligibility from de-gunked thus finer detail? More purity and recognizably correct timbres? If the most natural sound is ordinary and unspectacular, would it be hard to notice? Would it mean feeling into the listener's psychological state relative to being more relaxed and 'in tune' versus making any effort? It's an interesting exercise to inquire what our notions of natural sound might be. Assuming endless gradations rather than any hard line, how would we recognize if our system sounded slightly or a lot more natural; or drifted the opposite way? What are the criteria? Probably not edge limning or holographic soundstaging. Those don't factor in live music. Rarely does bright treble either or extreme detail unless we sat very close to stage or dealt with a close-mic'd deliberately hot recording.  Fatter bass and bodacious dynamics meanwhile do factor with live music. So does density and a general disposition toward bigger images which halo beyond the actual instrument or voice box like an oscillating cloud. Those questions and some fine 7% were my entertainment as I tracked the loaner's progress from Pozzuoli in Italy's Naples region to County Mayo in Western Ireland. It's not every day that one is entrusted to do right by a luxury purely analog linestage. Soon I'd have to get off my drip. 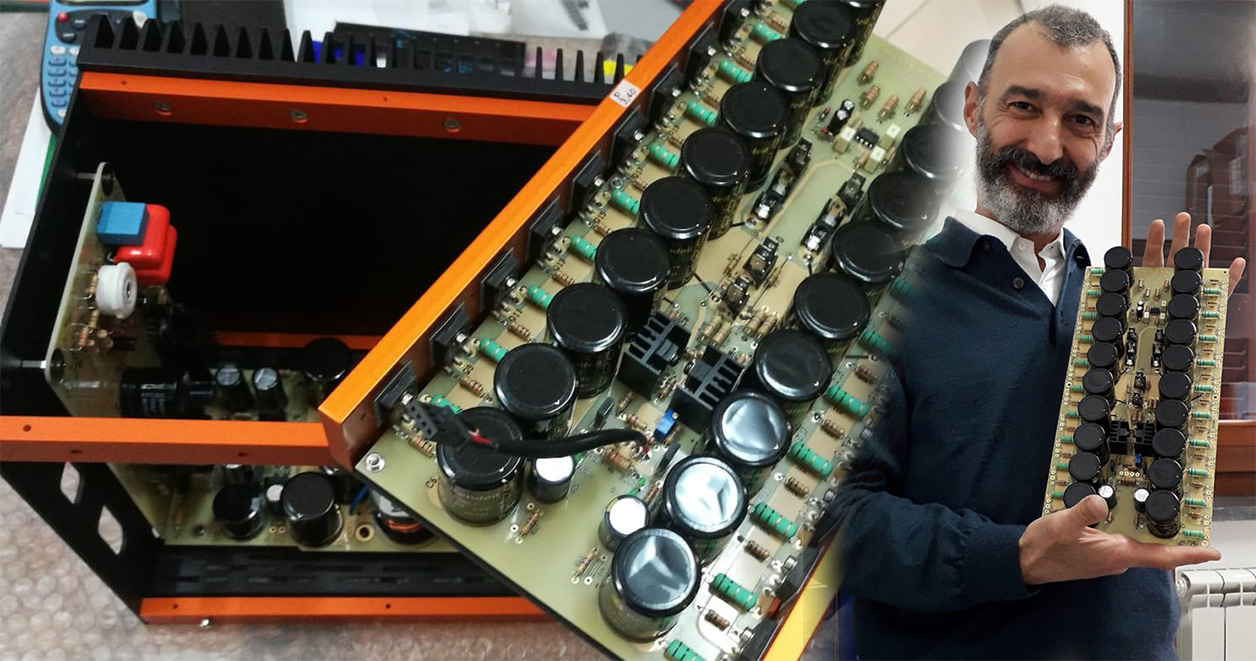 Though dripping jest, there perhaps is some basis in thinking of the right kind of hifi THD like… cheese? From a June 2014 National Geographic foot note: "There's a reason we love cheese. It contains tiny amounts of potentially addictive substances. Some of the feel-good chemicals come from casein, a milk protein concentrated during cheese making. Our digestion breaks down casein to create morphine-like chemicals called caso-morphine. But that's not all. Milk may also contain traces of morphine itself produced in the cow's liver. Such natural drugs are likely beneficial to calves for two reasons: They have a calming effect and they hook the calf on milk, compelling it to nurse so it gets all the nutrition it needs." Trace amounts of naturally occurring chemicals trigger the brain to hardwired responses. Chocolate lovers would certainly agree. Is that so different from Luca's belief (and that of fellow designers working to the same ends) that the correct THD profile does likewise for our perception of playback? In that sense, specific harmonic distortion could be viewed as encoded information that prompts predictable feel-good reactions. For the actual mechanics, we'd hand over to the neuro sciences. Audiophiles and inveterate tube/opamp rollers in particular might just wonder. Do their favored choices administer trace amounts of … well, instructive chemicals? It's another interesting thought experiment that points in a very different direction than engineering toward zero distortion. One designs for theoretical perfection on the oscilloscope. The other designs for how our hearing actually works. By now we can probably agree that these aren't the same thing.