Since you and I can read, it takes little effort to come to at least some basic conclusions. Riviera currently make three preamps. In ascending order, those are the APL10, APL01 and APL01SE. They all share zero feedback class A tube circuits, a double PI-filtered stabilized power supply and a heavy chassis. Even the smallest weighs 12kg. This doubles for the next whilst the €34K range topper hits 30kg. The latter also gets transformer-coupled true balanced i/o. From its descriptions we learn that its 6350/6463 tubes operate in an SRPP circuit first patented in 1943. It's also known as SEPP, totem pole and mu follower. SRPP probably stands for Series Regulated Push-Pull. It can make convenient use of twin triodes whilst generating high gain and low output Ω. From the tubecad.com site, SRPP has one triode stand atop another with a resistor spanning cathode and plate. The bottom tube receives the input signal, reacts to it then gives the top tube its drive signal. While this circuit has several variations, they all take the output from the top triode's cathode. This circuit creates a push-pull gain stage with integral phase splitter. Unlike most push-pull circuits, class A operation is necessary for it to work. About his best preamp's power supply, Luca calls it a traditional but oversized linear +200VA affair that's twin-choke filtered and runs a parallel not series-regulated anode feed. Its transformers are wound in-house. Its volume control is a motorized top TKD pot with internal resistor ladder. Its signal-path capacitor isn't a single part but "a mix of three capacitors of three different technologies". That's about it for Luca's general preamp innards. We also spot an obvious concern for vibration management in the overbuilt extra-dense chassis; and equally obvious high cosmetic style which Italian brands in particular seem to ace. 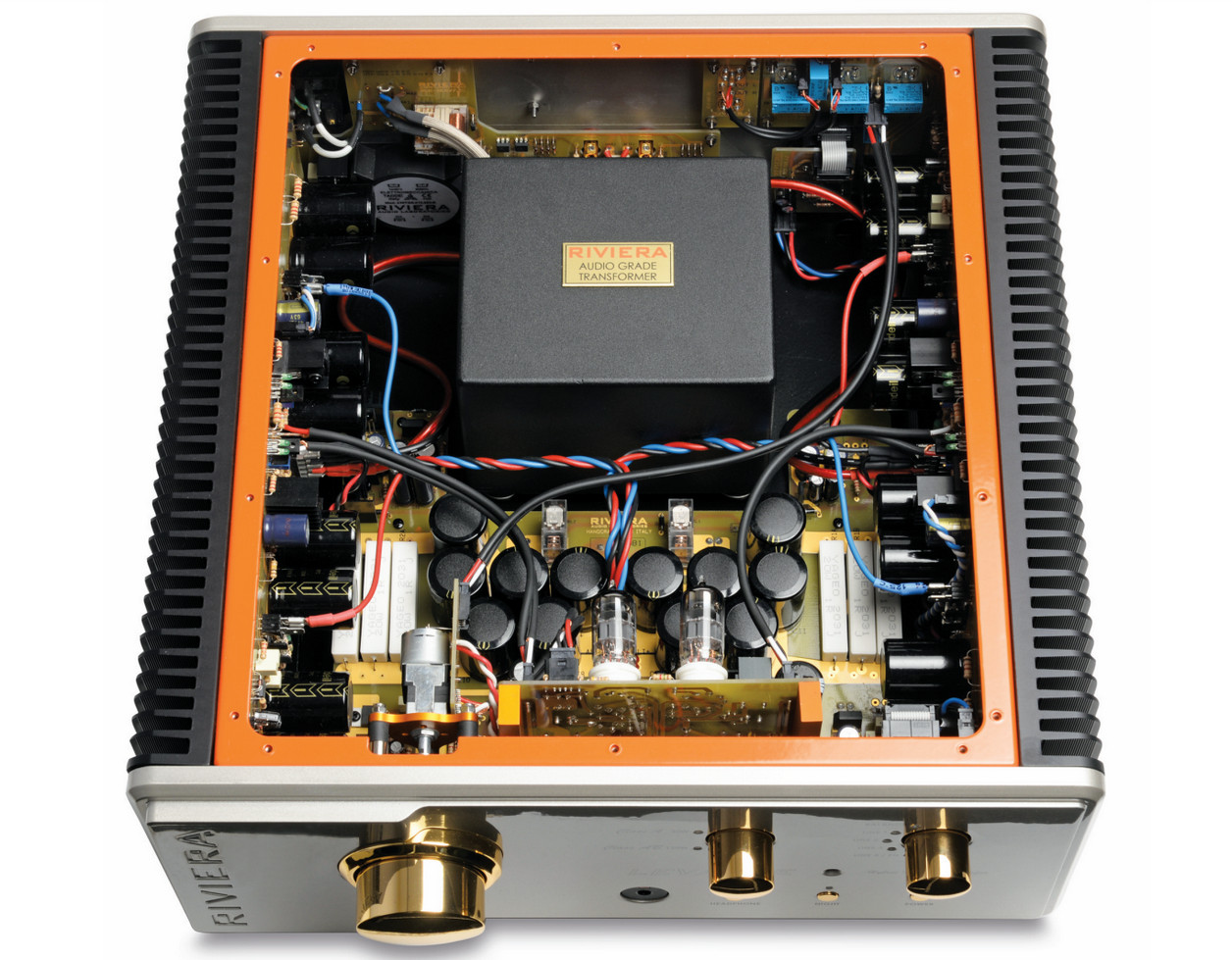 Riviera's Levante hybrid integrated with headfi is switchable from 30wpc class A to 120wpc class AB.

Adding up our evidence thus far—sonic sleuthing for expectation bias—we won't anticipate limited bandwidth, classic 'deep triode' voicing or really any additive tuning. Luca's THD focus isn't on adding sugar. It's to conform to our brain's DNA-set recognition mechanism of natural sound so our playback doesn't sound artificial. To scale up his output power, Luca in fact relies on transistors. Tubes only factor in the small-signal domain. From SRPP's push/pull profile, we might expect a stronger 3rd harmonic signature than classic 2nd harmonic single-ended. Yet there's no way to predict how our designer has manipulated this. Prior to arrival, Stereo Sherlock should be high on cocaine thinking that Marko Muzio's industrial styling will sound as beautiful as it looks. If the kit is heavy to boot, surely its sound will be substantial and robust, too? That's how one reads the signs, WiFi Watson. Now where was that infrared remote? Still in the mail. 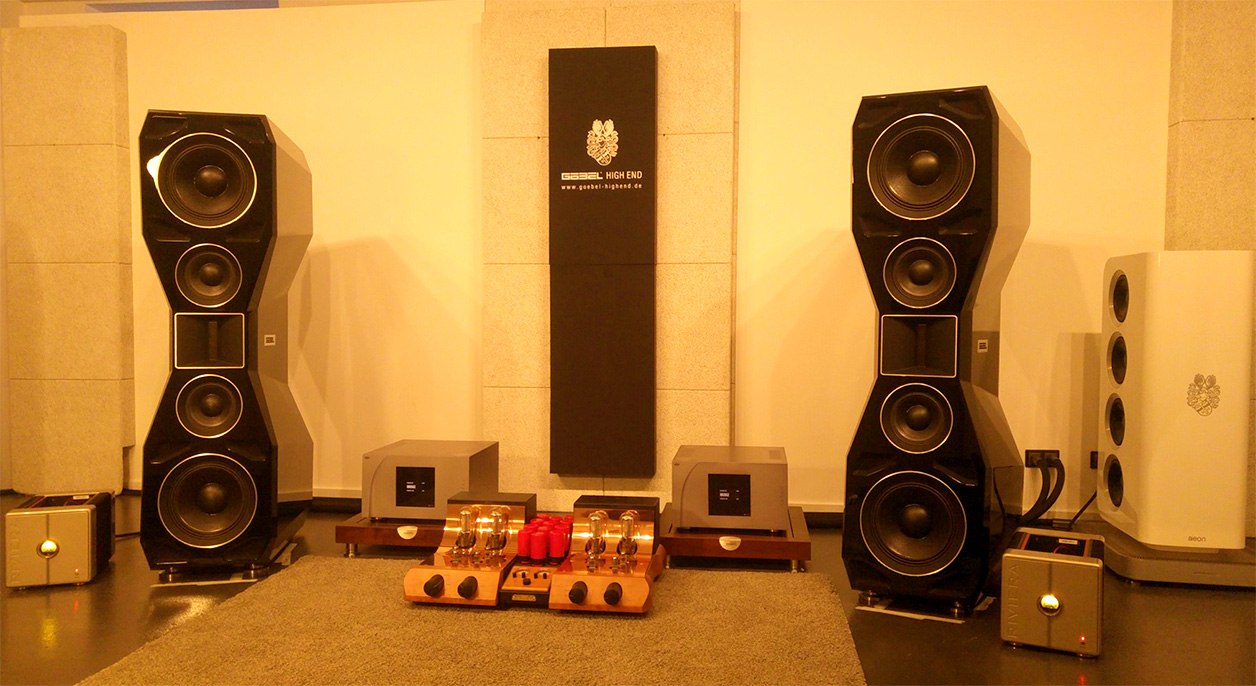 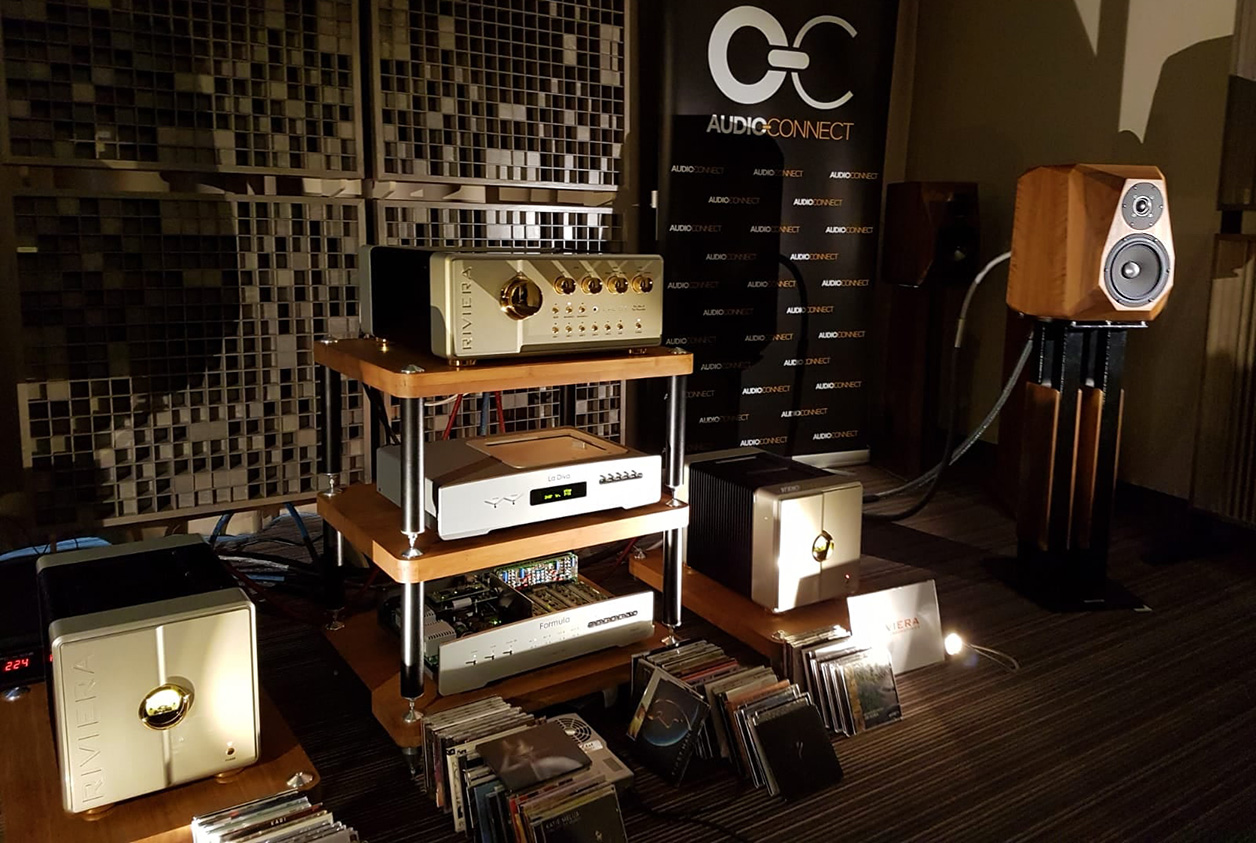 That gives us time to revisit key points of Luca's philosophy. It's not about maximally low THD but a THD profile which complements our human hearing. Like for Jean Hiraga and Nelson Pass, to Luca that means a predominance of lower-order harmonics, falling distortion values as harmonic orders increase, a monotonic increase with rising power and soft clipping. He also shuns global feedback and keeps local feedback minimal. For amplifiers, he finds a modest damping factor of 15-20 enough. He avoids protection circuits other than basic rail fuses for their negative impact on the sound and its dynamics. So the power supply's design becomes extremely important. Class A bias in all stages is preferred. So are valves for voltage gain, Mosfets for current gain. From it we extrapolate a preference for blocks of higher gain to avoid undue cascoding of stages which avoids the generation of higher-order THD. What else follows? That ideally we'd want a Riviera pre/power combo or the above integrated to not introduce and amplify a contrarious THD profile. But why stop there? Why not a Riviera DAC to go all the way? At present that's not yet possible.

The line's three linestage models keep adding i/o. The AUX module of the two bigger versions can be RCA or transformer-balanced XLR. 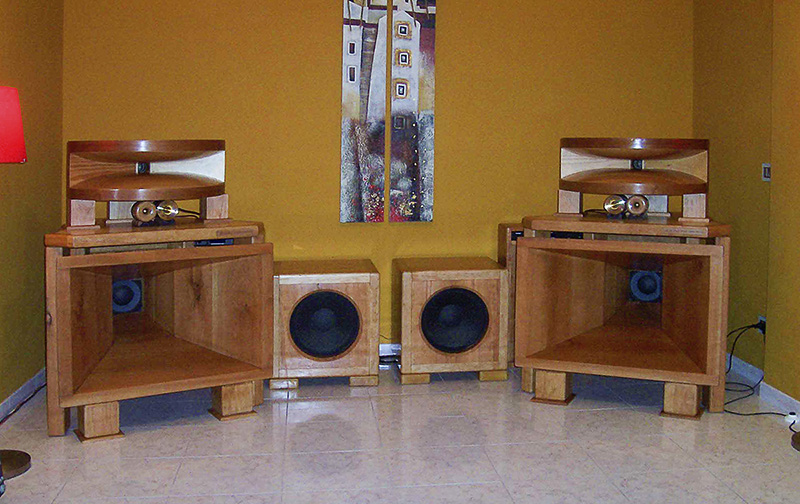 È abbastanza. That's enough tech talk. To cross over into subjective listening impressions, those already informed Luca when for instance he chose what caps to combine for his output coupling. That differs from Shushurin's purported pure scope approach. It acknowledges that different parts can measure the same. Which part to now use falls on the allowable budget and listening to all applicants to sort out who gets the job. Hello highly trained listening skills that know what to listen for.

By that same logic, no reviewer or end user can ever call out specific parts or circuit details for causing specific observations. Whatever we hear from a machine is the totality of all its parts and their complex interactions. Only the designer can know which parts, circuit and layout decisions influenced specific sonic aspects.

That's an important reminder for today's assignment. Its non-textbook background primes us to expect exceptionally natural sound. But how could natural sound ever be exceptional? It's the most common thing imaginable. It surrounds us every waking moment with the natural sounds of ordinary life. It could only be an exception if what surrounded us was mostly unnatural. So leaving the inner city for the woods or beach could help.

Now Stereo Sherlock could want more of his preferred 7% cocaine drip to postpone parsing all implications of recognizing 'more natural'. That way madness lies? A mere reviewer could feel far better off to disassociate from all tendencies to tie up cause and effect altogether Stick to presenting Luca's story. Describe what you heard. Leave alone whatever connections might exist between the two. Definitely stay clear of defining natural. The stereo illusion is a parlor trick to begin with. There's nothing natural about it. Okay. Now our game is afoot and—hurray!—WiFi Watson nowhere to be found. Should you want to know what type speaker Luca would build himself… he's actually done a few. The above Orchestra 8 is a 5-way horn-loaded 106dB/m/W affair which includes two active 15" subwoofers, super tweeters for the opposite bandwidth and a DSP crossover for the subs. It's an unusual mix of vintage/modern and retro/future.