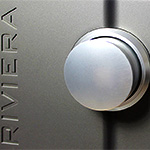 This review first appeared in January 2022 on fairaudio.de. By request of the manufacturer and permission of the author, it is hereby syndicated from the German original to reach a broader English audience. Ed. 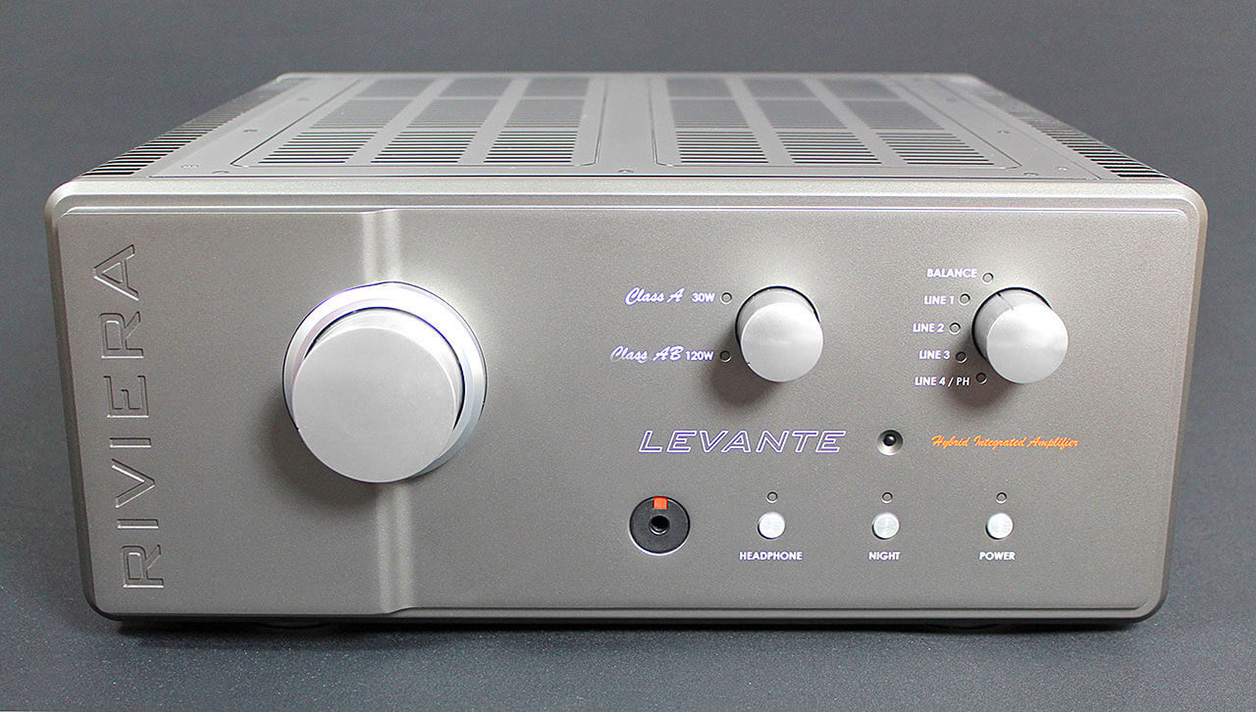 Riviera Levante. Already the name goes down like oil; cold-pressed virgin olive oil no less when today's integrated amp originates in Bella Italia. Its name borrows from the scenic coast between Genua and La Spezia though the factory sits farther south in Pozzuoli. Created in this Naples city in 2017, it's home to elite electronics. If that merely elicits a shoulder shrug, it's understandable. Spotting these dark chassis with massive faceplates and chunky controls has been rare in Germany. But with Hifi Welt having taken on domestic distribution, the time for just homeopathic Riviera doses should soon be over. 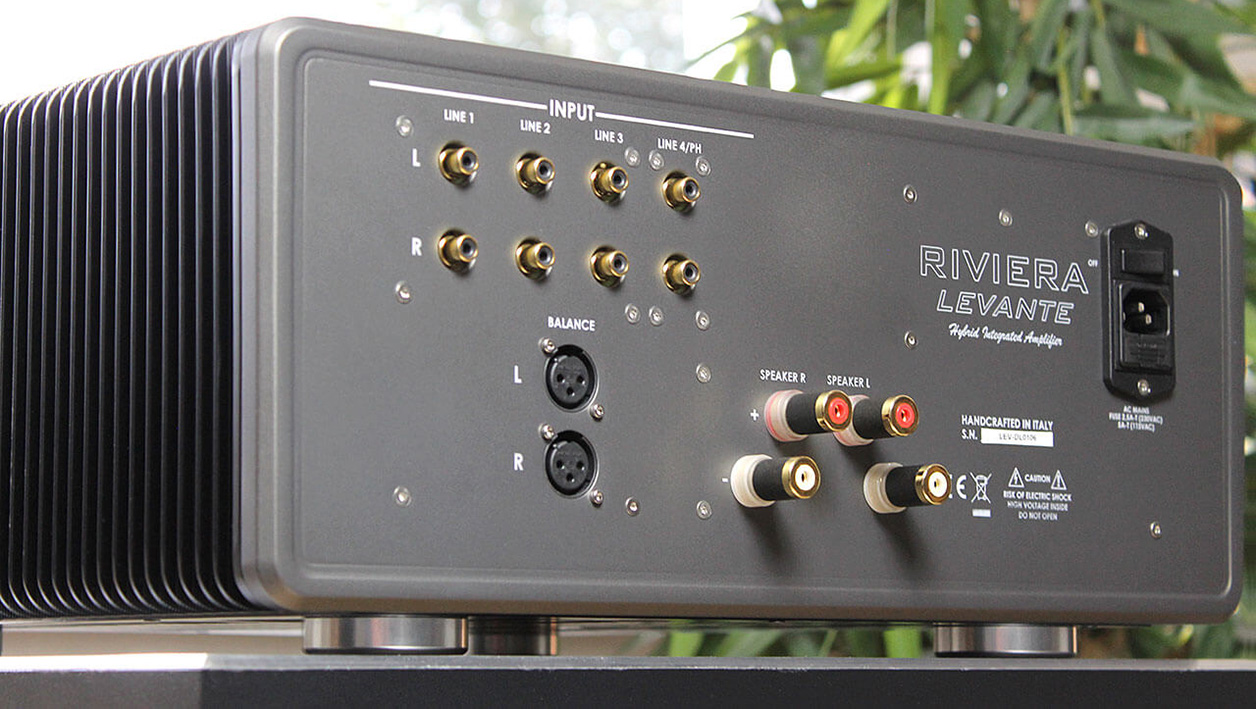 Yours truly had previously imbibed high doses at Warsaw's annual Audio Video Show where the Italian brand showed at the Radisson Blue Sobieski. The attendant warmth wasn't just due to standing-room-only crowds. These amps worked in bullish class A mode which also heated up the sound. That this is a relatively new firm you'd never suspect. The classic styling available in anthracite or champagne skins speaks of around-forever old school. I was rather shocked to learn that it was only about 5 years ago when three music enthusiasts came together to launch Riviera Audio Labs. Responsible for all circuitry is mastermind Luca Chiomenti. Marco Muzio handles mechanical and industrial design, Silvio Delfino sales & marketing.

Apart from their catalogue's newest entrant today, they already offer three mono amps just no stereo version yet. There are three all-tube preamps and two headamps with 10wpc speaker terminals. Today's tester meanwhile dispatches 120wpc into 8Ω to work in a different league. The Levante differs elsewhere as well. Let's look behind the finger-thick façade to find out how. You'll have figured already that for 120 watts or 200w/4Ω in pure class A, Levante's size seems rather insufficient. Hence those figures describe class AB power so just the first 6 watts in class A. But switch a burly knob and now bias increases to produce 30w/8Ω in the always-on output transistor mode called class A. This works on the fly. Since voltage gain remains unchanged, playback levels won't jump. And spoiler alert, whenever opportunities arise, you'll probably go that way. Unless otherwise specified, all my sonic descriptions were thus collected in class A mode. 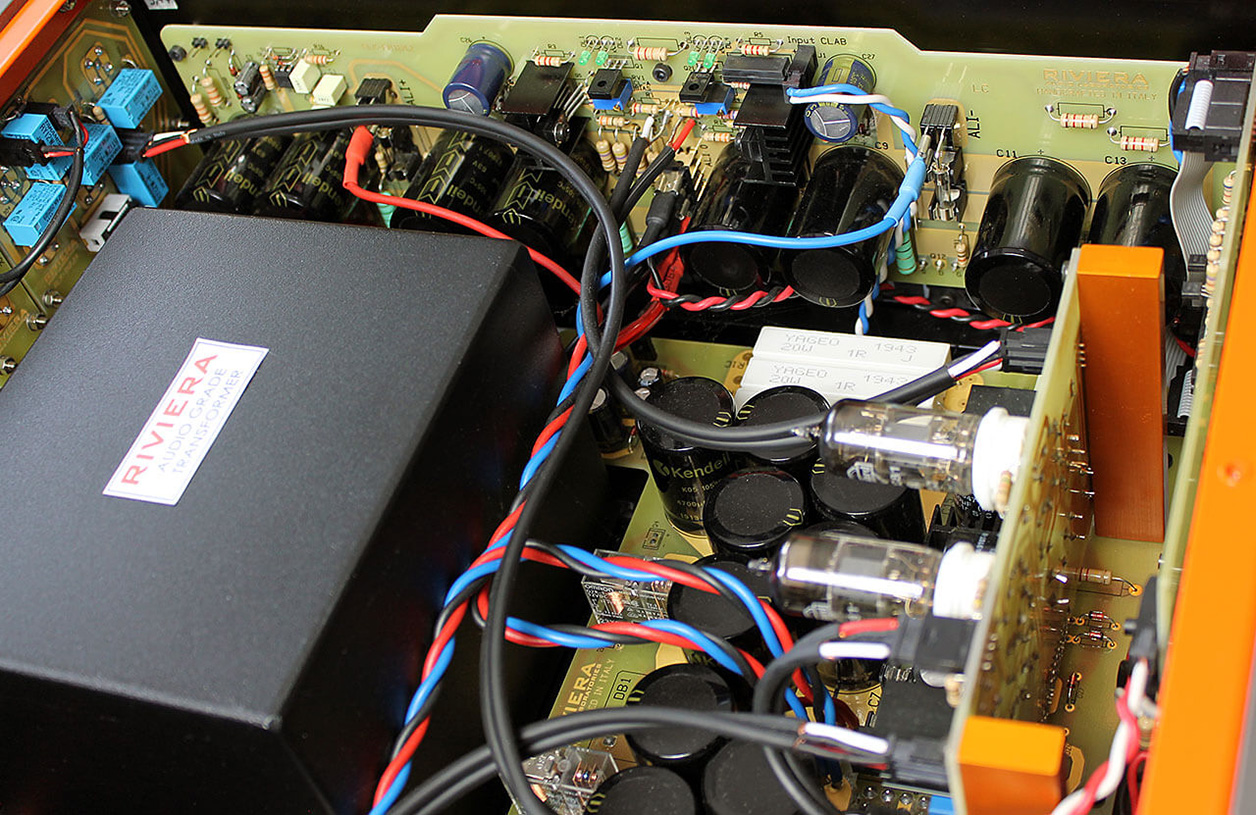 Of course there's more. The input/driver stage runs two ECC81/12AT7 twin triodes, the output current buffer four transistors per channel. This hybrid circuit promises sonic tube advantages without debits on the bass ledger. What there isn't is global negative feedback because Luca considers it sonically harmful. Even locally nested feedback only appears at the bare minimum. Prospective buyers will already have flashed on tube rolling. Though I usually abstain in reviews, my Levante sample came with deluxe NOS Mullards installed which the maker finds ideal. The Levante also sports four RCA inputs and one XRL. An MM/MC phono board is optional—my sample didn't have it—but the ¼" socket our distributor called suitable for the vast majority of quality headphones is standard. Front right sits a power button whose standby mode cuts all voltage on the tubes but retains some on capacitors and other sonically critical parts. This avoids crasser performance jumps from dead cold. The master mains sits on the rear. That too cuts a bella figura with quality 5-way binding posts. Only the power IEC felt a bit loose when detaching particularly hard-biting cords. To curry extra confidence, I might want a more rigid solution. Fit 'n 'finish meanwhile were luxury league. Materials felt noble, surface treatment flawless. The only issue I see is deciding between our sample's titanium grey and the iconic champagne gold version below. 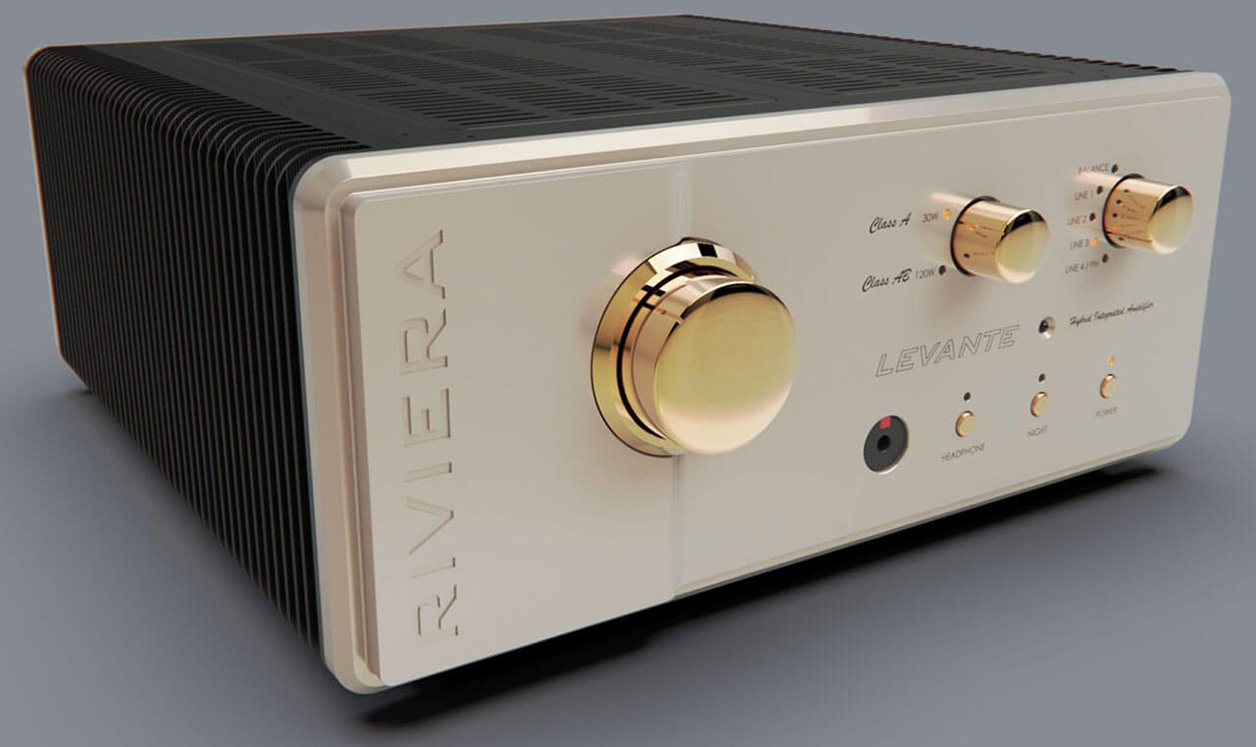 Either way makes a most solid impression. That's accompanied by the sudden realization of 30kg fighting weight when one heaves this machine onto a top shelf. In the year just concluded, I had opportunity over a few weeks to hear this amp on Ichos N°4 MkII SE speakers. Now my domestic playmates were Acapella La Campanella whose 93dB/W/m and 8Ω specs promised ideal conditions for medium-power class(ic) A-dventures.