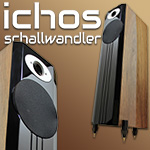 This review first appeared in February 2021 on fairaudio.de. By request of the manufacturer and permission of the author, it is hereby syndicated from the German original to reach a broader English audience. Ed. 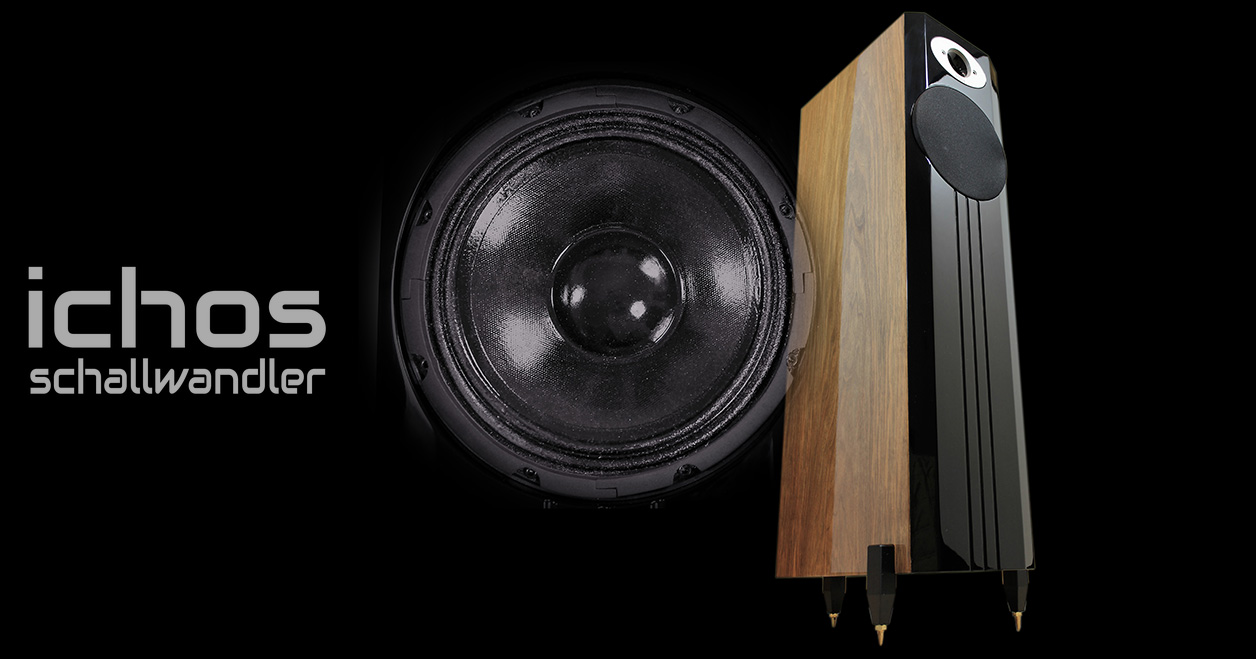 When speed is need and deed. Ichos speakers? We reviewed the 2nd-largest speaker by this Austrian boutique in 2016. That N°Two had impressed particularly with its dynamic reflexes but betrayed a somewhat rustic charm in its tonal balance. At the Süddeutsche Hifi-Tage two years later, the company launched a smaller floorstander which had me at full salute. Finished in 'shocking' orange, that N°Four played so well with the brilliant Silvercore electronics that sub-par show conditions were replaced by sheer lust of listening. Tonally everything balanced out against left-lane Autobahn speeds which already the N°Two had owned. It took little to ask for loaners and once more host Viennese two-ways with rear horns. Then some time passed before desire and consummation met. Not only had Ichos designer and boss Robert Rothleitner a full schedule, he was keen to ratchet up the performance of his bestseller farther still. Hello MkII then SE. Flash on the AMG mods for Mercedes-Benz or BWM's sports-tuned M models. A gander beneath this bonnet nets stricter driver matching. It begins with 10 driver pairs then culls the one with the premium measurements to get the SE approval. 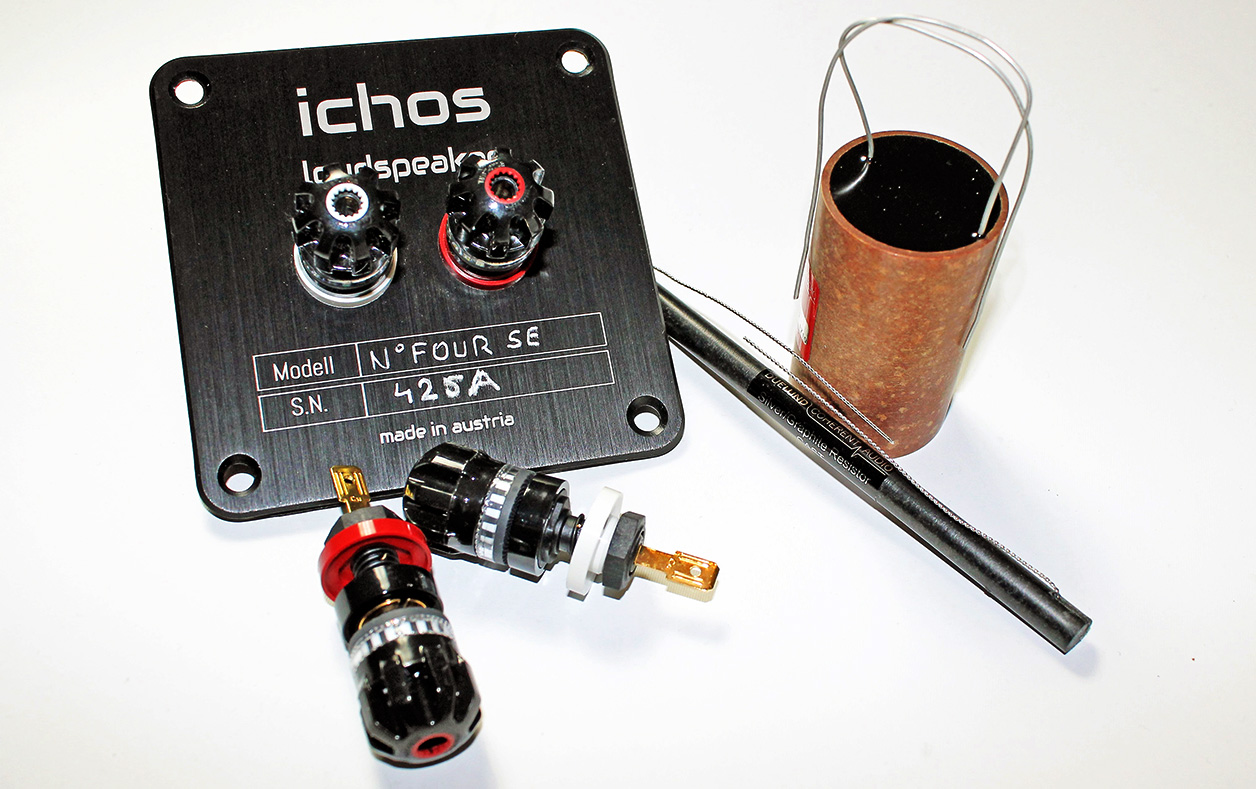 Further hot-rod measures replace the stock hookup wiring with silver-plated copper Litz claimed to benefit extra precision and speed. Exclusive to the SE version are Duelund caps with tinned copper foil and silver-graphite resistors otherwise spotted in hyper-costly fare from Kaiser Acoustics or Living Voice's Vox Olympian. Ichos' usual mineral-wool damping is replaced by pure sheep's wool. To keep the rubber on the road, the usual stainless-steel spikes have turned bronze compliments of Germany's Lietke Metalldesign. Rothleitner assured me that this too caused a sonic uptick. Externally my samples cut a bella figura with grain-matched eco-friendly Austrian walnut veneer contrasting high-gloss black front and rear baffles. I really liked the looks of this compact floorstander. Obviously mirror gloss is personal taste. Someone else could prefer more toned down. Hello standard satin lacquers with your choice of RAL color. Real-wood veneers and high-gloss are optional. The standard SE package adds €1'500, my loaners' figured veneer and extra lacquer added €1'000 for a grand total of €10'590/pr.

Let's close the lid and take a step back. Three vertical grooves add visual interest to the front baffle. Proportions are elegant. Roughly 1m of height spread 23cm wide and 35cm deep. 25kg of fighting weight won't cause other logistical challenges. The eye naturally comes to rest on the 21cm paper membranes treated with balsamic oils and violin lacquer. Typical for Ichos, these 92dB widebanders load into a rear horn open to the floor. That augments the lower registers, compensates for any rising midrange response and benefits sensitivity. To minimize phase shift, the included spikes create the correct floor gap. Some variability is allowed to fine-tune the response by screwing the spikes in more or less deep. Rothleitner promises an optimistic -3dB/40Hz spec but concedes how that's relative to our room and its floor coverings. 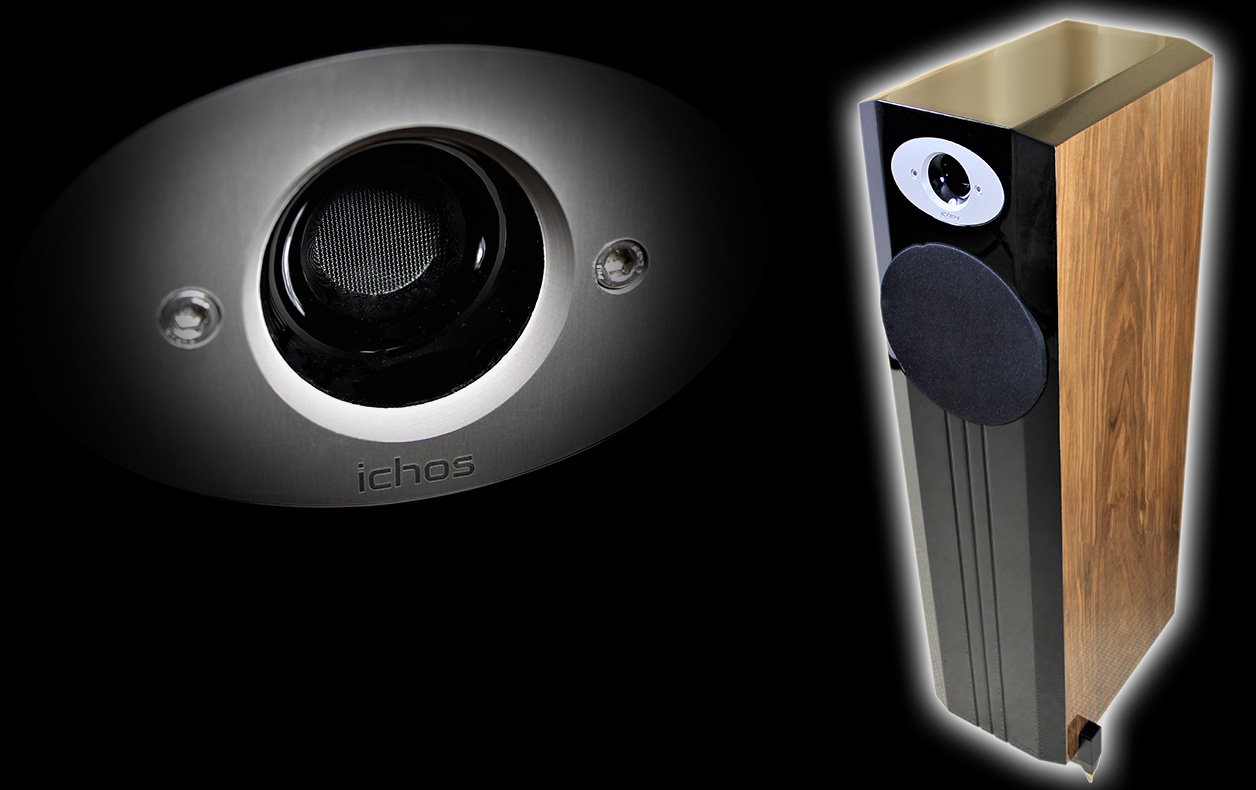 Many widebander systems get criticized for their treble which is often handled by whizzer cones. Sadly the hope for superior high-end extension can backfire with uneven response. Ichos prefer dedicated tweeters so eliminate whizzers altogether. The chosen 1" aluminium compression driver loads into a CNC-machine waveguide and enters the action at ~7.5kHz then goes out to ca. 24kHz. The high pass protecting it against low freqs is a lone capacitor. Ichos believe that more complex filters compromise dynamics and energy transmission. Knocking on wood showed small strategic resonances so not brute cabinet force with hyper damping. This preference is familiar from classic Brit monitors à la Harbeth and Spendor. Likewise for the Avatar range by Living Voice whose low-mass cabinets opt against storing energies in favor of releasing them quickly. Ichos use high-density fiber board of 19-28mm thickness. Braces in critical areas run ultra-dense Panzerholz instead. The bronze spikes are claimed to sink remaining cabinet vibrations into the floor whilst preventing floor-borne feedback according to the 'mechanial diode' idea. It's intuitive that what the N°Four stands on will have some effect.