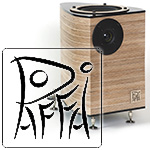 The unnessecarily long spike bolts in the rear seem visually awkward. Shorter ones with black cap nuts might look better? 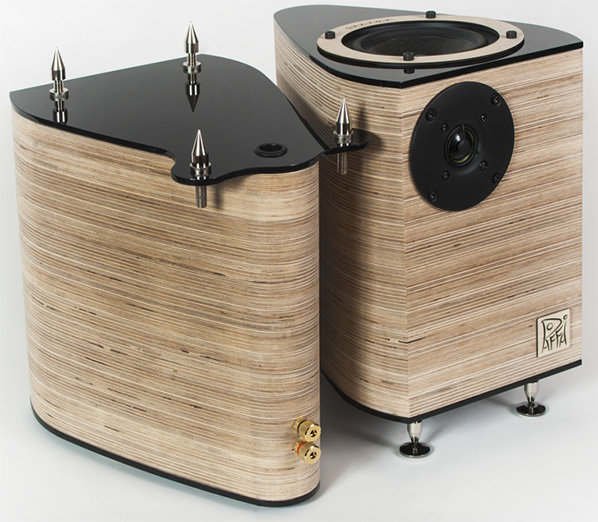 Das gibt's doch nicht!
It's German for "that simply doesn't exist". 'twas the family's battle cry whenever Dad slammed down a most bizarre word on the Scrabble board. He'd whip out his trusty Duden dictionary to prove us all wrong. Sometimes he did try to pull a fast one though. Schadenfreude and "das gibt's wirklich nicht" duly followed. It really didn't exist. Done and busted.

With only two 'y' in the whole game, he'd never have attempted syzygy. But that didn't prevent László Raiffai from Hungary's eponymous audio house to name his compact two-way speaker so. In its nattily stacked Ply construction with elongated triangular cross section and acrylic end caps, it makes quite the cosmetic statement.

So what, pray tell, is a syzygy if not an impossible Scrabble monster? A lunar/solar conjunction which, in Greek mythology, also meant the eternal unity of the active male and passive female principle. Biology calls it a hermaphrodite. Here it points at wedding an upfiring mid/woofer for omni dispersion to a full-frontal tweeter for monopole directivity. It's what the late Siegfried Linkwitz did with his LXmini pipe speaker, too.

That was a DIY project. László's is turnkey. He developed it in conjunction with HumanAudio whose bamboo-clad bonsai electronics he distributes. "Although you can already find a nice review about it on HiFiKnights, we've since tested our design in many more systems and rooms to fine-tune the crossover further. This made the bass response even less front/sidewall dependent and the midrange even more balanced."

This tells us that go-anywhere flexiblity was a design goal. Plunk 'n' play. "The project started about six years ago. The cabinet's internal structure avoids standing waves so well that no damping materials were needed. Our driver positioning achieves extraordinary phase accuracy* and dynamics from what is a surprisingly simple 2nd-order filter with premium parts at 2kHz." With petite dimensions of 28x21x28cm HxWxD yet claimed bandwidth of 40-40Hz/kHz (-6dB), 85dB sensitivity is the expected consequence. The puny down-firing finger port requires some clearance, hence the long spikes.

* Given how the mid/woofer output must travel a far longer distance than that of the in-line tweeter, at-the-ear coherence of phase/time between both drivers seems questionable.

Should your cartography be rusty, here's a reminder of what countries surround Hungary. Raffai Audio make the capital of Budapest their home. 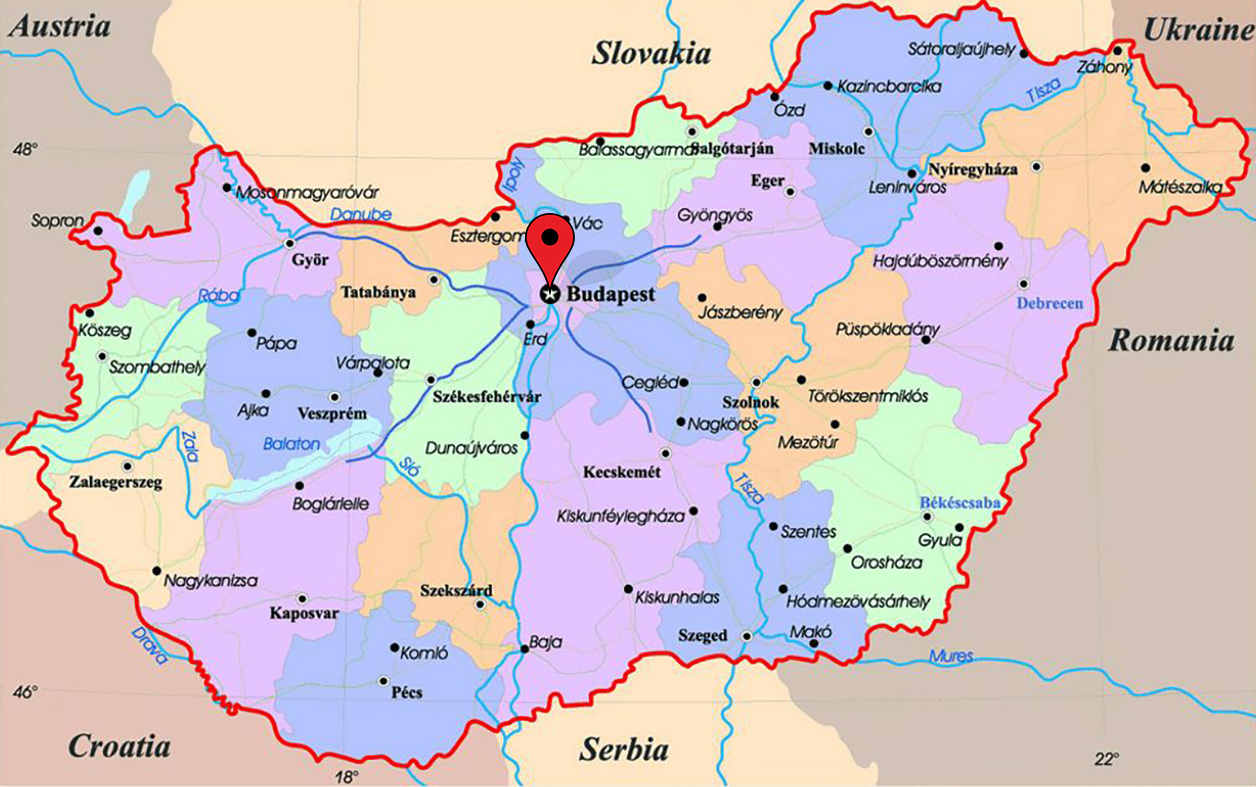 They go the distance with a mirror-imaged layout which, 1/ gives two setup choices and 2/ creates asymmetrical baffle diffraction to dilute the effect on the tweeter. With its two transducers clustered as tightly as funk, the term 'point source' would seem apt. It's the higher frequencies which help us localize sounds. Making the tweeter directional not like fully upfiring omnis from Avantages or Duevel might create slightly higher focus to undermine more diffusive imaging? 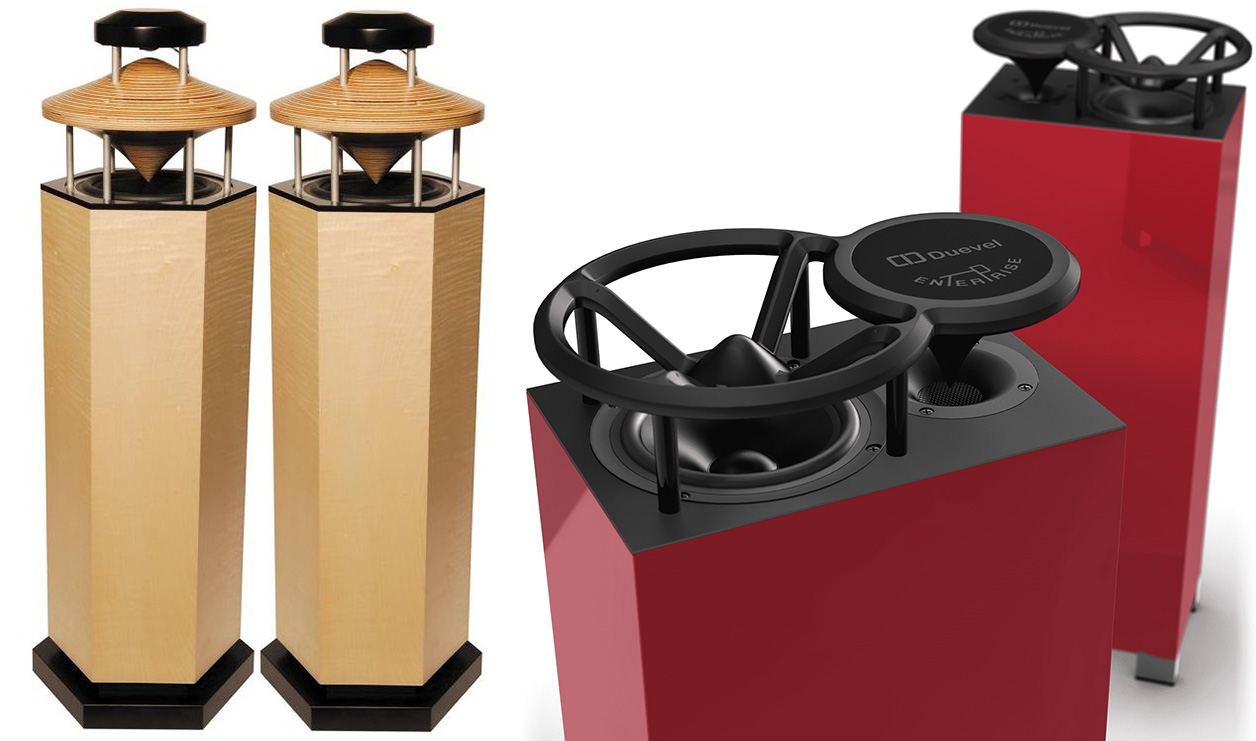