I also had AURALiC's older at the time €5'000/pr Merak monos with modified uCD 400, 500-watt Plitron mains transformer, over 56'000μF of capacitance and Lundahl input transformer for another take on older stock Hypex, albeit here with a costly linear not stock switching power supply. 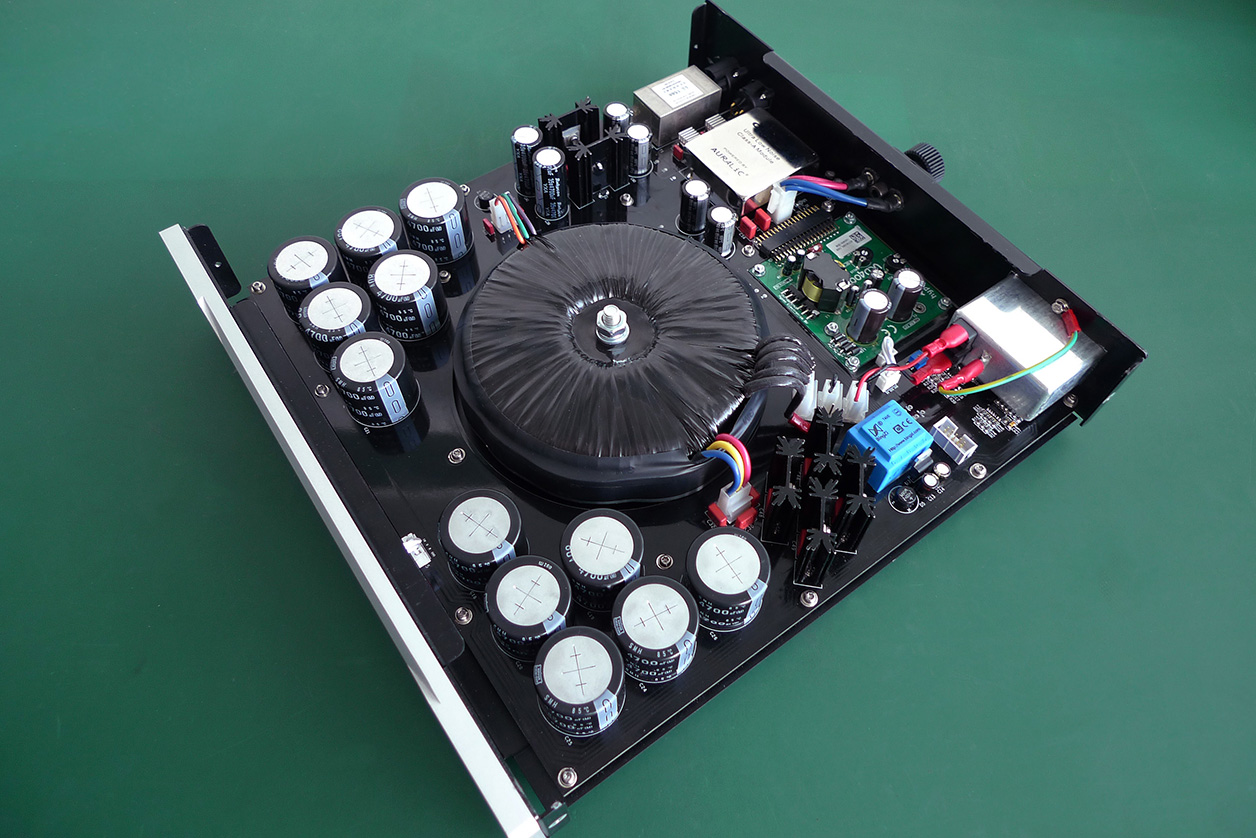 None of it would compare apples to apples but it represented what I had on hand. Colin North: "We've had the Purifi modules in for a few weeks and they will work directly with our existing buffers. Unfortunately they require a Hypex SMPS1200A400 PSU, not the 700 version which we fit to our Hypex amps. And yes, they sound better than the NC500; more natural and with greater tonal density." In Nord's catalogue, Ncore 1200 models are positioned at the very top followed by Ncore 500 versions followed by ICEPower 1200AS2 with ICE Edge driver chip.

For a practical reminder on how flashier casings impact price, there's this from Colin's website: "Our new Alchemy prototype chassis [above] are machined from solid aluminium billet to weigh ~15kg with 2cm thick walls and 1cm lid. The body is anodized, the lid lacquered over bare machined aluminium. Raised countersunk Torx screws are stainless steel as are the polished front-line rods. Footers are 5.8cm solid aluminium… audio jewelry to match our world-class sound. The stereo case adds £1'700, two monos £3'000 over a NC500 or NC1200 SE amplifier." Our pair of Nord NC500 gussied up would thus jump from £1'775/pr to £4'775, to well more than twice for a beefier prettier case still sold direct.

Extrapolate to regular hifi shoppe sales on the high street. It's a good reminder. In the high end, product packaging is often disproportionately costlier than all the actual sound-producing bits it contains. That's extra relevant in today's context where cutting-edge OEM tech condensed into a compact class D power module can be dropped into an overkill enclosure without requiring any extra engineering unless one wanted a different input buffer for extra voltage gain. Add shiny badge from an established brand for instant cachet. Now hitting £10'000 will be child's play. A value-oriented shopper might thus consider NAD who became one of the first Purifi licencees; or direct-selling brands like Nord Acoustics who additionally offer two tiers of enclosures.

That was Søren Bang Poulsen. I was making the Purifi rounds. Following their less-is-more hint of bypassed input buffer, my most minimalist setup would be a fully balanced COS Engineering D1 DAC with analog resistor-ladder volume and 16V max output fed from our usual Soundaware D300Ref SD card transport via S/PDIF – no computer, no WiFi, no spinning discs, just one digital cable, one analog interconnect and memory card media from 16/44.1 Redbook to 24/96 hi-res. This would inject the least signal-chain colorations and complexity I could manage to let each amp speak for itself.