The X250.8 obviously differs. Its standby button hovers right below the central blue-lit window with its lazy needle. That's because it draws ~295 watts compliments of 56 precision-matched output Mosfets. Whilst a class AB 250wpc/8Ω design (twice that into half that), Nelson Pass still runs his first 16wpc in class A. After one hour's use, my thermometer thus measured 43°C. Fundamentally, Mr. Pass doesn't pursue the absolutely lowest distortion but insists that residual distortion be of low order thus not complex by nature. He believes that higher-order harmonic distortion—K4 and above—plus intermodulation are far more detrimental to good sound. Whilst high negative feedback easily suppresses distortion percentages, it also cancels gain. That leads to the need for additional gain stages which according to Pass create more complex distortion artifacts. His favored solution thus is higher class A bias with lower feedback and fewer gain stages. 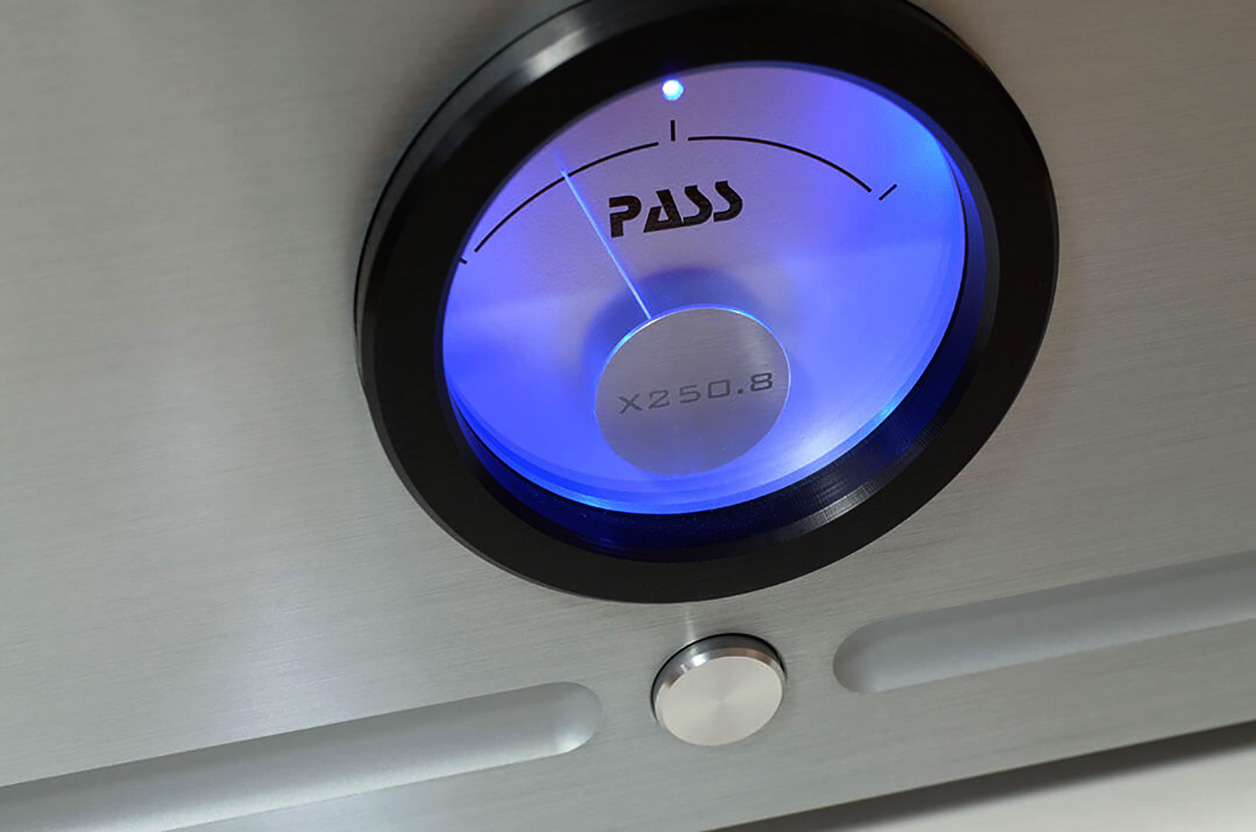 For the X250.8, Nelson's patented Supersymmetry circuit adds itself to his distortion-lowering features by creating such closely mirrored anti-phase signal that distortion cancellation at the bridged outputs is maximal. A consequence of lower feedback is higher output impedance, thus what for transistor amps is a lower damping factor of 150. But in isolation, that figure is mute. It's your particular loudspeaker which has the final say on it.

Cold out of the cartons hastily manoeuvred into my listening den, I ran a reviewer's typical first proof-of-life test. Yes, sound.. and dammit, lots of it! I quickly worried about shipping them back to Hamburg. Right off the bat, these 50kg worth of chunky aluminium simply sounded far too—sorry!—bitching. Reverting to proper stoicism, I next ran the combo for the usual two weeks without paying much attention. But honestly, après wasn't much different. That was endearing. Pass buyers will get quick satisfaction. I was instantly smitten. The real question was, why? Was it about pleasing tonality? Yes/no. 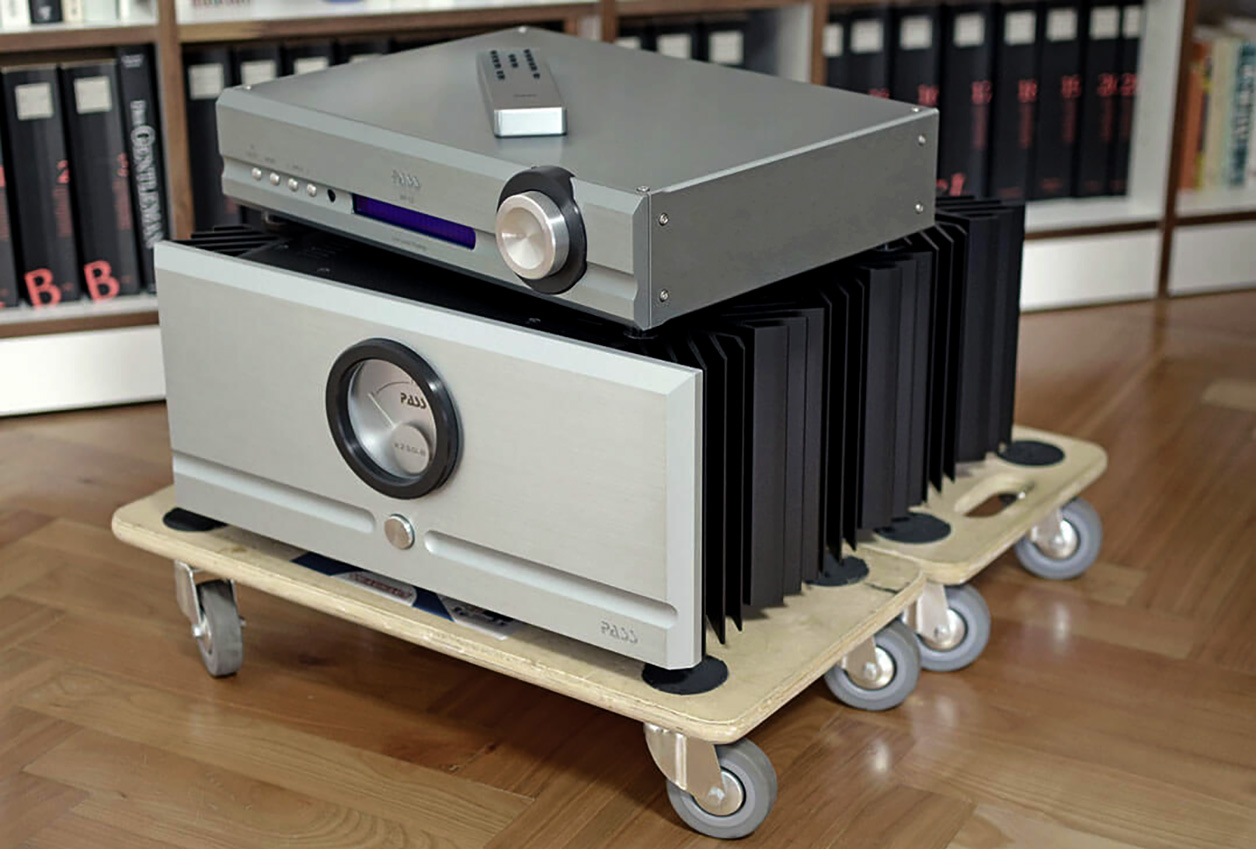 I do fancy a reasonably linear frequency response like probably the next guy but my personal bliss doesn't crash with a tick more or less warmth. Here the XP-12/X250.8 duo weighed in with a bit more  sonority. The German distributor's web page had promised a "very earthy sound". I'd modify that qualifier to "earthy lite". Be that as it may, I did hear a slightly elevated upper bass/lower mid transition. Having moved into a leaner room a year ago, a bit of emphasis in that band suited very well. Against my resident ~€15'000 combo of Octave tube preamp with Musical Fidelity monoblocks, this did register as a tad more earthy but part of it was due to my stack getting a bit leaner exactly where the Pass added a tad. So far so fitting.