With its built-in networking, music services from Spotify, Tidal, Qobuz, Pandora, Deezer, AmazonMusic, Rhapsody, Slacker Radio, Groove, Soundcloud, Sirius, tunein and last.fm may be accessed via Nativ's 1'920×1'080px LCD screen. On the hardware side, Vita can hold up to 2TB of HDD or SSD memory on each of its two drives. Those may be configured as Raid 0 for a combined capacity of up to 4TB; or Raid 1 for data mirroring safety. 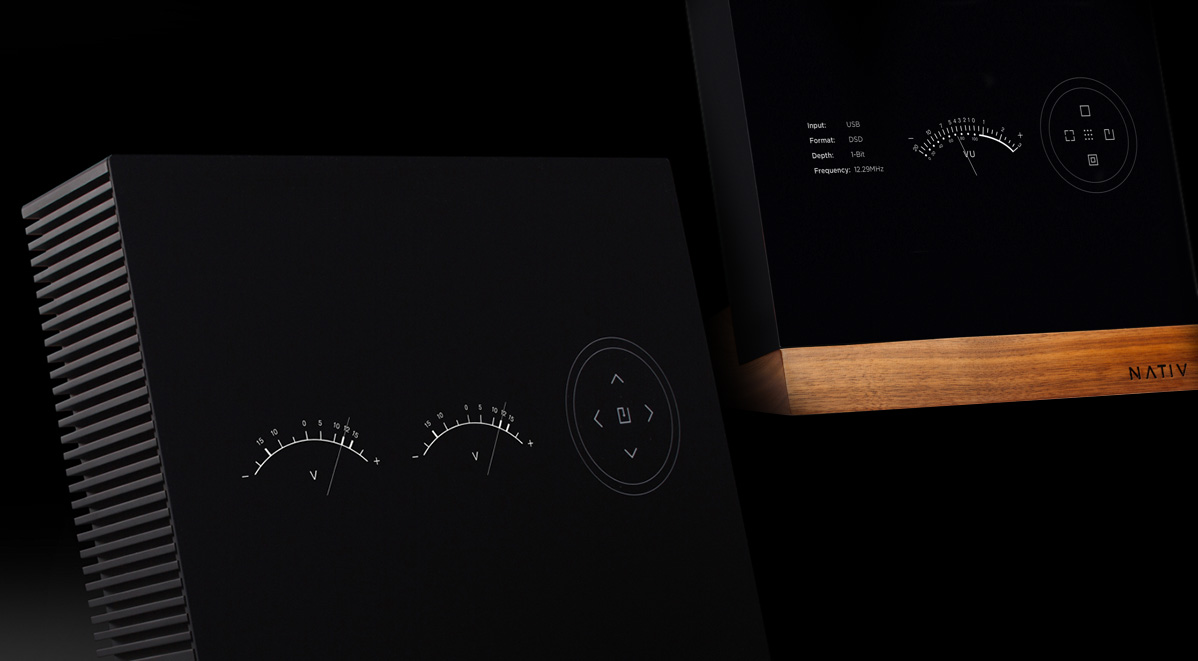 … followed by the Wave DAC's guts with TI opamp output stage, its 1/4" and 4-pin XLR headphone ports on this photo's right side (meaning in regular orientation on the left). 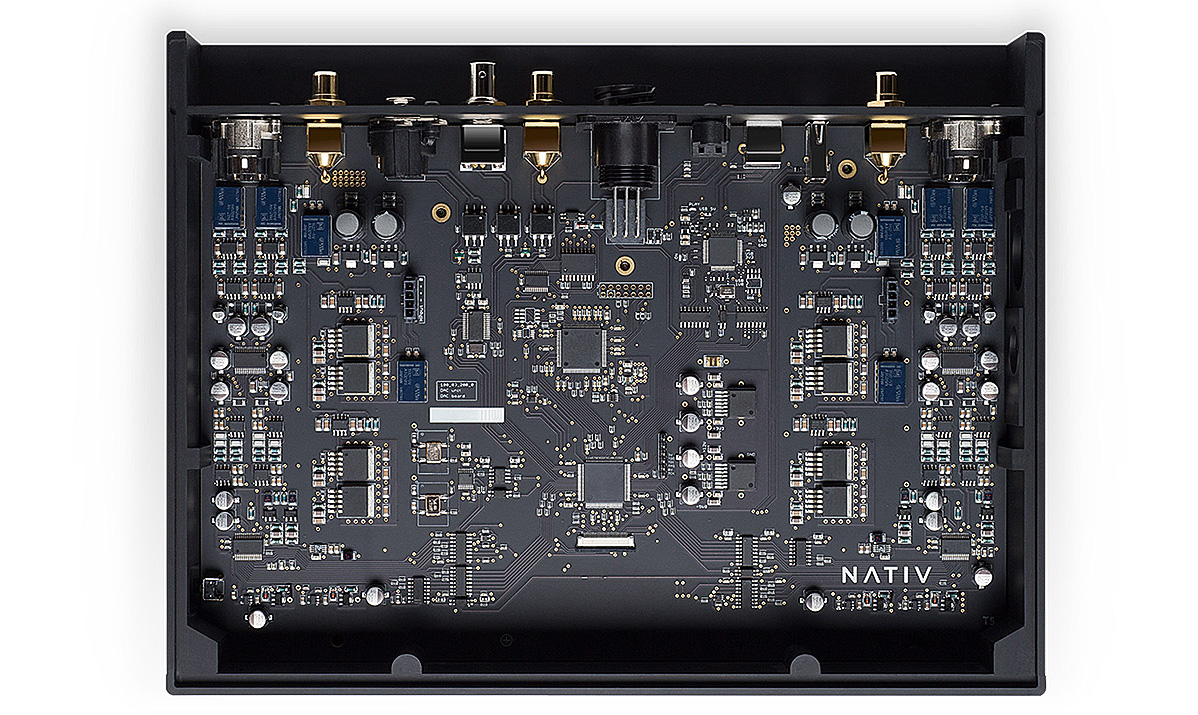 To complete the tour, here we see the balanced Wave DAC's business end…

… followed by the Pulse power supply's. 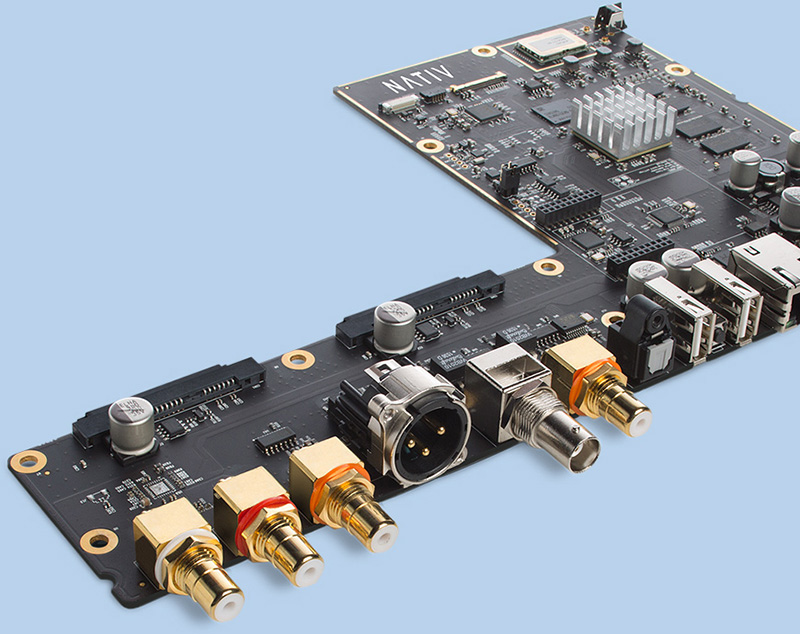 The linear majority of the Pulse even runs a dedicated line for the companion DAC's digital clocks where a linear regulator for the clock generator is said to banish all jitter.

Vita's mother board at right shows in-line filtration and galvanic isolation for the digital output sections and a strategic absence of any fans to guarantee operational silence under all conditions.

A multi-core Cortex A9 processor with 4GB of DDR3 random access memory is the master mind of this operation which, for whole-house action, will auto sync multiple units in various rooms.

The Wave's "audio clock management is based on two of the world’s best ultra-low phase-noise Crystal oscillators and best-in-class logic arrays for data reclocking to clean the signal from virtually all jitter and low phase noise.

On paper, Nativ's specs were as shiny as their stock photos.

All that I'd penned in November 2017. It would take another year to procure a review loaner. Richard from the UK's 8DA boutique carries the product and others I'd already reviewed. Knowing my tastes, he was sure I'd appreciate Nativ's take on the audiophile server. But at Munich's parallel HighEnd Deluxe show the following spring, he'd also told me that Nativ's software was still being featurized before being considered fully packed. Or as Nativ's Sally put it when checking in by late September 2018, "the original plan was to send you one in October but we are unfortunately a bit behind with our software release. We have a very big one coming up in December which will add full Roon Raat compatibility and we would prefer to send you a unit with the best possible feature set." Couldn't argue with that.