Back on Tidal we played The Fellini Album which contains Nino Rota's scores for Federico Fellini movies. Where the Hadouk Trio had taken us on an imaginary trip, this album evoked actual memories. Take the first four tracks from "Amarcord" which means remembrance in Italian. You see the boys doing their thing while shouting the names of their fantasy girls or the yearly arrival of the mysterious man on the Indian motorcycle. Maybe some would find this music cheesy but we loved how the Pilharmonica della Scala played it all over the Mytek. 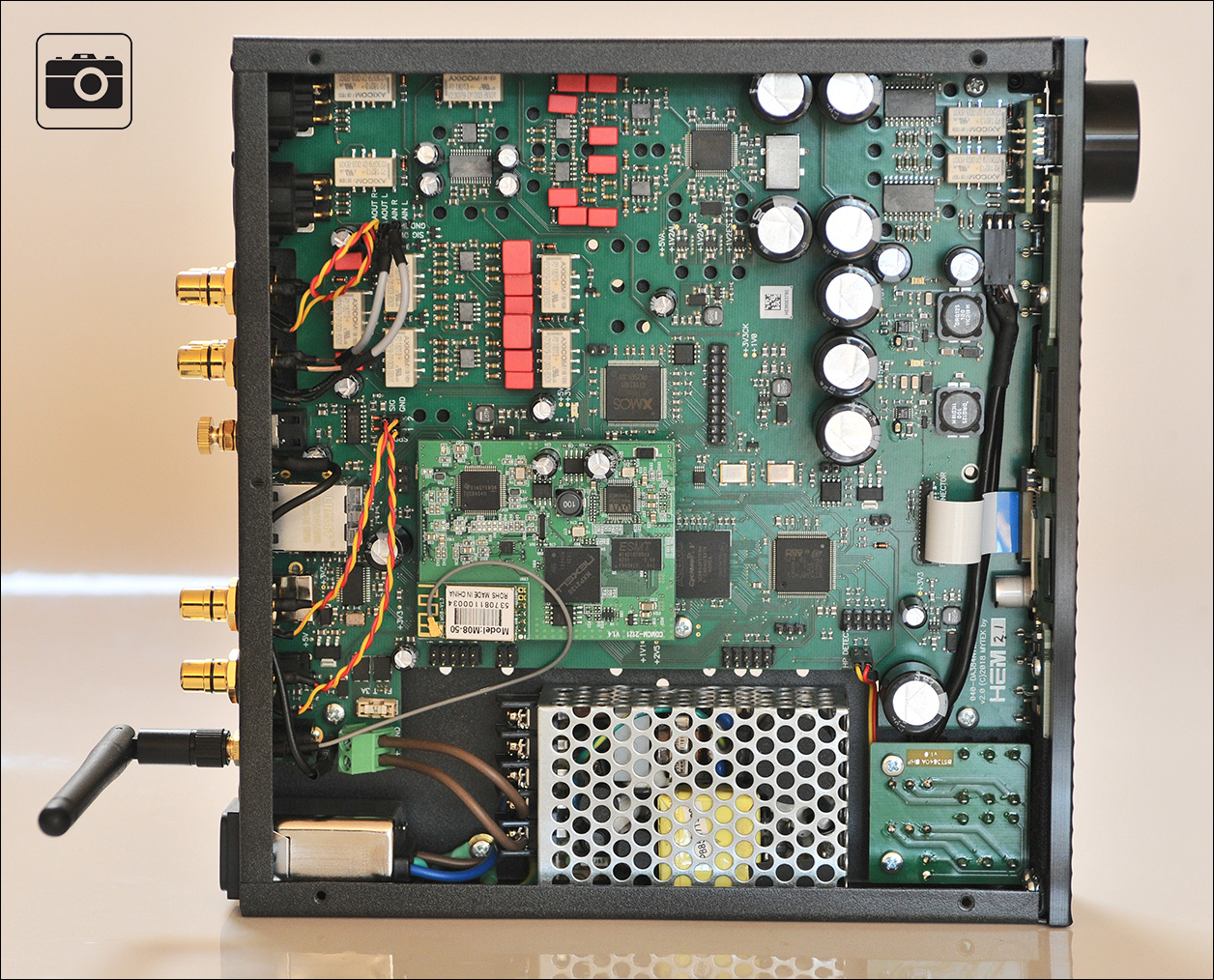 Hazmat Modine's Live is a showpiece for the New York-based band who play music without labels via harmonica, tuba, mandolin, trumpet, sax and more in a catchy bluesy way with global influences. On this live album, the band takes the listener through tracks from their previous albums and adds some new one. Common to all was the sheer joy of musicianship which radiated from the speakers. Each track is 7 or 8 minutes long to accord plenty of time to improvisations. In short, listening to this album makes one happy. We did some additional experiments as well. What happens when the wireless connection is changed for Ethernet cable? Just plug in the RJ45 jack and wait until the green icon lights up. We couldn't hear a difference. Whether that would be the case everywhere we don't know. Our WiFi is extremely stable and we try to avoid interference from neighboring routers. In cases of heavy WiFi traffic like in big cities, wired might be the best option. Having both options, you decide.

Here we unplugged the 240V power cord to the Brooklyn Bridge and plugged it into the Farad 12V 3A model which powered the Mytek. Could we hear a difference? Without a doubt. Was it big? No, but it created even greater calm in the aural landscape. The background was a tad darker and instruments were a little farther apart without getting edgy like sitting in front of a green screen. Though the internal power supply had done a great job already, feeding the machine from a virtual battery still had benefits.

In conclusion we have to say that Mytek delivered a great piece of audio gear. It's everything a music lover should want and very small and friendly. Home-grown physical music collections merge seamlessly with the giant cloud-based libraries yet the financial ask remains very realistic. Queen's "I want it All and I want it now" is no water under the Brooklyn Bridge.