Then a year ago, I reviewed the Greek Lab12 DAC-1 which retailed for less than a third of the Concert Fidelity-040 BD DAC ($12'000 vs. $2'250), was also R-2R, used eight Philips TDA 1543 instead of the pair in the Concert Fidelity plus a single 6922 tube buffer. It turned out that this far more affordable DAC performed better across all sonic parameters. This included a more accurate soundstage both in size and location of instruments, more overall dynamic punch, a tighter deeper bottom end and a higher degree of tonal saturation. Its chassis was not built to the same high standards and beauty of the Concert Fidelity but where it counted most in performance, the Lab 12 DAC-1 outshone the Japanese. My run of eight years with the Concert Fidelity-040 BD as my reference DAC had finally come to an end. The Lab12 DAC-1 replaced it in my main downstairs system. 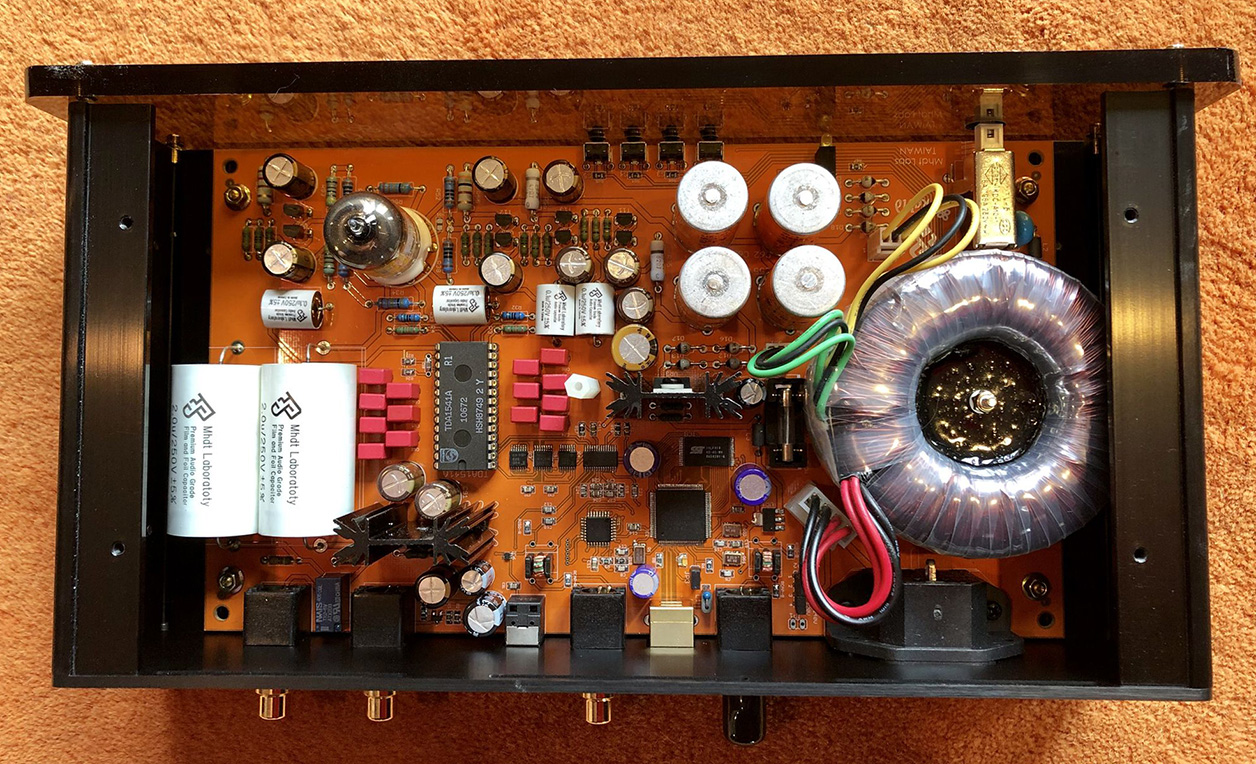 About six months ago, I started receiving emails from readers about Taiwanese company MHDT Labs and their DACs being beautifully built, very reasonably priced and all non-oversampling, non-filtering and tube buffered. Most importantly, they raved about how wonderful these sounded. The least expensive DAC in the MHDT Labs portfolio retails for just $699, the most expensive, a true balanced design, for $1'680. Each uses highly regarded NOS chips such as Burr-Brown PCM63, AD 186 and UA D20400A to suit the taste of individual listeners. It turned out that in the US, one of two retailers for MHDT Labs were Linear Tube Audio. This company is run by Mark Schneider with whom I have an excellent working relationship, having already reviewed three of his Linear Tube Audio products in the past. He contacted Jiun, head designer at MHDT Labs, who was delighted to set up this review with 6moons.

Mark shared that Linear Tube Audio stock the largest inventory of MHDT Labs DACs in the States. Even though all ship with specific NOS tubes, Linear Tube Audio provide their customers with another NOS tube to experiment and tailor the sound to taste and synergy with their system. Because of the reputation of the Philips TDA 1541A for presenting the most analog signature, I chose the Orchid model which retails for $1'100. It can handle up to 24/192 input signal to feed its 'legendary' chip. The history of the Philips 1541 is interesting in that it was either manufactured in Holland or Taiwan for the different versions R/S/A/N. The most expensive, if you can get one, is the Taiwanese-made 1998 S2 Double Crown championed by Zanden. The Orchid ships with the Taiwanese R1 version. However, if you want to do some rolling, it is very easy. Just pull up the chip carefully and insert your different version into the pin sockets. 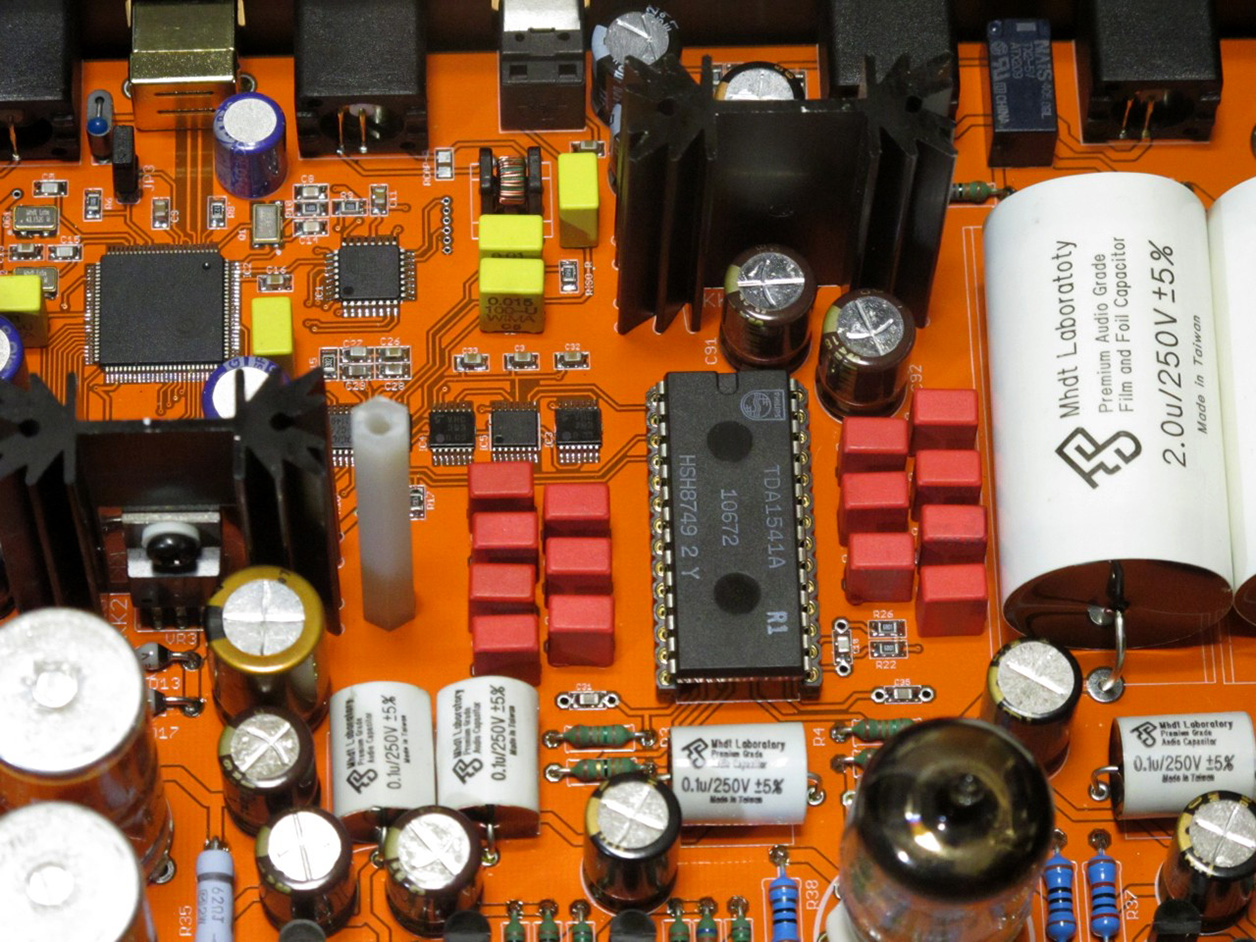 The Orchid's dimensions are 10.8 x 5.9 x 2.4” WxDxH and weight is 4.5lbs. The chassis can be ordered in black or silver. The front plate is thick acrylic with an on/off push button, a power LED, a series of letters (BURT) with very small switches located above each to select the input and an engraved Orchid logo. BURT stands for BNC, USB, RCA and Toslink. On the back are the RCA analog outputs, digital inputs and IEC. The top cover has an MHDT Labs logo and an opening for air flow around the solitary buffer tube. Both logo and vent are precisely cut out of the aluminum plate. The USB input section is asynchronous, the digital receiver a CS8416. The Orchid uses OPA86 opamps in its I/V stage. The 115/230V power supply is selectable from internal jumper pins.