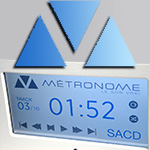 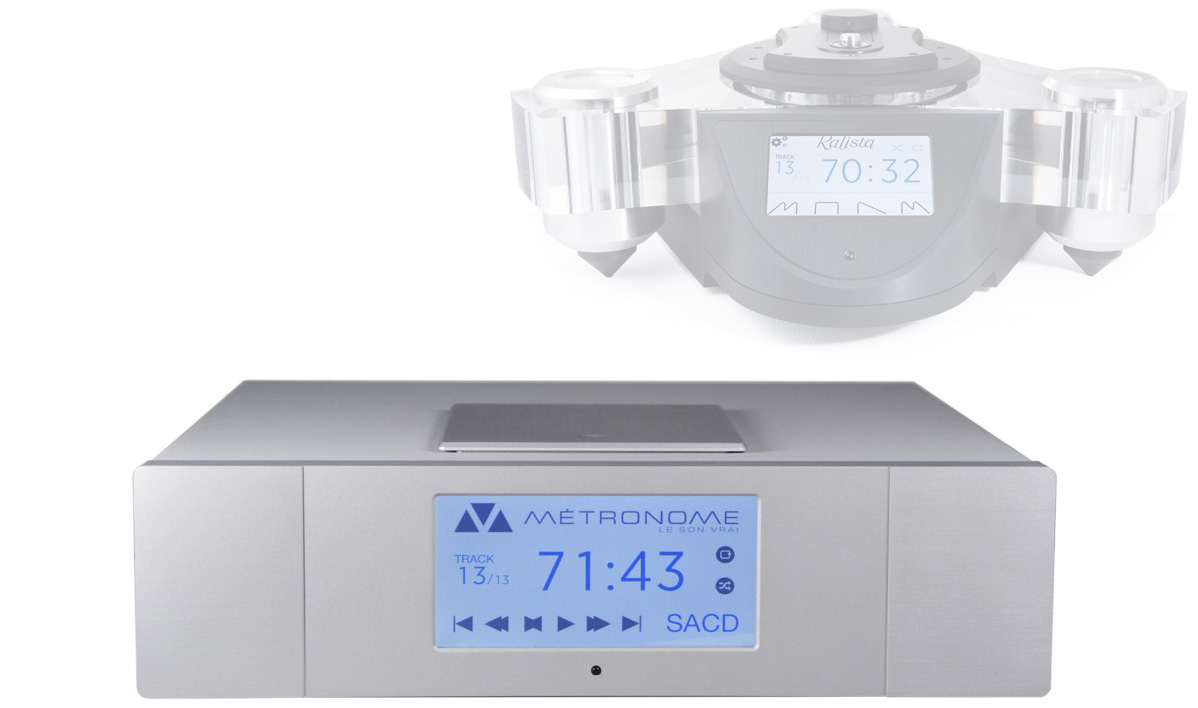 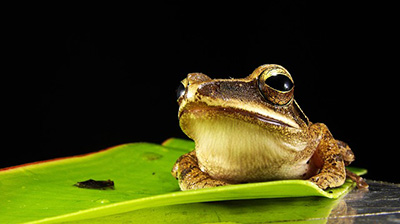 Limeys. Frogs. Krauts. Humans seem famously suspicious of other cultures. Hence derogatory war-time terms for the enemy focussed on diet. Being from Germany, I never acquired a taste for Sauerkraut. That makes me a reluctant Kraut at best. But I adore limes. And perhaps grenouille dégustation is in my future. Just as with music, why judge a person by their culinary appetites? How about curiosity, expanding one's horizons and all that Jazz? If audiophilia has its own form of cultural preconceptions, what is it for French hifi? Frankly, je ne sais quoi. Perhaps it's best to ask the French themselves, about what they believe distinguishes their fine audio culture.

For today, I follow such advice for the intro. For his domestic scene, French contributor Joël Chevassus has his ears far closer to the ground than I ever could from across the Channel. Having previously introduced Métronome in his review of their C8+ player, let's revisit that history. Dominique Giner founded the firm in 1987, making it today 31 years old. He'd been working as a furniture maker. As a music lover, he also designed A/V furniture and his own speakers. Those had the shape of a metronome and at more than 1'000 pieces sold, became a runaway success. Subsequently Mr. Giner launched his own audio manufacturing firm Métronome Technologie. Based in the country's South West in the city of Roquemaure in the district of Tarn near Toulouse, they would specialize in digital front ends to start as a subcontractor for Jadis and their CD players. Later on, impressive models like the famous Kalista CD transport launched under their own brand and gained global renown. 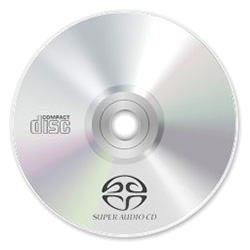 As Joël explained in 2016, "international recognition and status don't necessarily equate to commercial success. Métronome never developed a broad distribution network. They remain small and artisanal. Certain hazardous promotions through the previous Tecnodis 2000 partnership did not help to significantly grow sales within the audiophile market even though the very upscale industrial design of their digital transports found some shelf space especially in certain parts of Asia, Russia and the Middle-East. Even today, 90% of their sales are export. Still, the challenge remained to increase market share in the mature US and European sectors. Perhaps this pressure added atop the dire necessity to develop network players and servers compelled Mr. Giner to pass the torch and sell off his firm. The final handover became reality by mid 2014 when Christian Bat and Jean-Marie Clauzel, arriving from two completely different business backgrounds, acquired the company.

The first one had worked as a finance director in the car industry. The second was an agricultural engineer. Today their business counts 6 employees and a few subcontractors which are located mainly in France. Métronome Technologie remain one of our very few manufacturers who still assemble printed circuit boards by hand. This supports a very limited number of units sold each year—roughly 250—of which their entry-level CD player accounts for ~50%. This small group employs the two new owners, one electronics engineer, one production supervisor, one production operator who solders all components by hand, and one accountant. If their strategy remains focused on the highest possible quality, I presume that their output can scale up for a certain period of time but then will require the hiring of a greater work force." 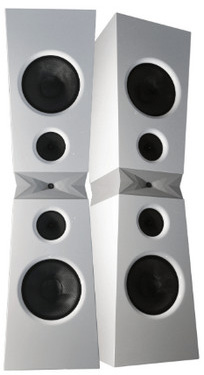 When in late August 2018 Jean-Marie Clauzel emailed me their PDF of the new AQWO, I'd not seen an upscale CD/SACD transport with DAC and 6.5" touch screen coming. For them, SACD compatibility was a first. Those discs remain popular especially in Japan; clearly popular enough for Métronome to issue a matching player. Its streamlined very contemporary cosmetics are a far cry from the futuristic Kalista style. A full assortment of digital i/o makes AQWO far more than just a disc spinner. There's asynchronous USB, S/PDIF x 2, AES/EBU, Toslink x 2 for inputs; HDMI-carried I²S, coax, AES/EBU and Toslink for outputs. Given the deck's 32/384kHz dual-mono internal DAC with native DSD decoding, it's of course unlikely that many customers will look beyond the RCA/XLR analog outputs to only use it as a massive 15kg transport. Its mechanics modified for top loading are sourced from D&M. Denon's descriptions call the core assembly a reference-class advanced vibration-suppressing hybrid whose various parts use stainless/copper plating for the top panel, diecast aluminium for the tray and 2mm steel for the brackets. "Improvements in high-mass vibration-resistant properties and the dispersal of resonation points contribute to a high level of vibration resistance. In addition, the low center of gravity suppresses any vibration occurring inside the mechanism due to disc rotation and the structure also effectively suppresses external vibration. This minimizes servo-related operations, controls and current consumption."

If you haven't spun CD or SACD in ages because PCfi got the better of you, AQWO would ask that you take a walk on that wild side once more. At worst it'd be a reality check on whether your streaming audio really sounds better than (wait for my strategic three 'ohs') optimized old-fashioned optical retrieval of music data. That's still a thing. And in the surrounding tide of virtual media, Métronome are a true bulwark for actual disc users. As such they remain true to their DNA. Without an amplifier or standalone preamp in their portfolio but a streamer, a digital sharer, 3 DACs, 3 disc players and 3 transports, our French team around Christian Bat and Jean-Marie Clauzel truly do specialize in digital sources. The Kalista range adds yet three more digital models; plus one loudspeaker. Limeys, frogs, krauts. In audio, the enemies aren't the chaps with the unfamiliar foods across the border. They aren't the folks who do hifi different to still spin vinyl or reel to reel, who prefer R2R over Sigma-Delta DACs, DSD to PCM, tubes to transistors, widebanders to multi-ways. In audio, the real enemy is data loss. And what's lost at the source can't ever be recovered. Today's assignment thus is a source-first assignment. It looks at feeding AQWO various digital foods as carried on polycarbonate discs, USB and AES/EBU bit streams – frog legs with Sauerkraut and limes; all together.