Popping the thick hood revealed unusual parts density to explain the unexpected weight of this machine. 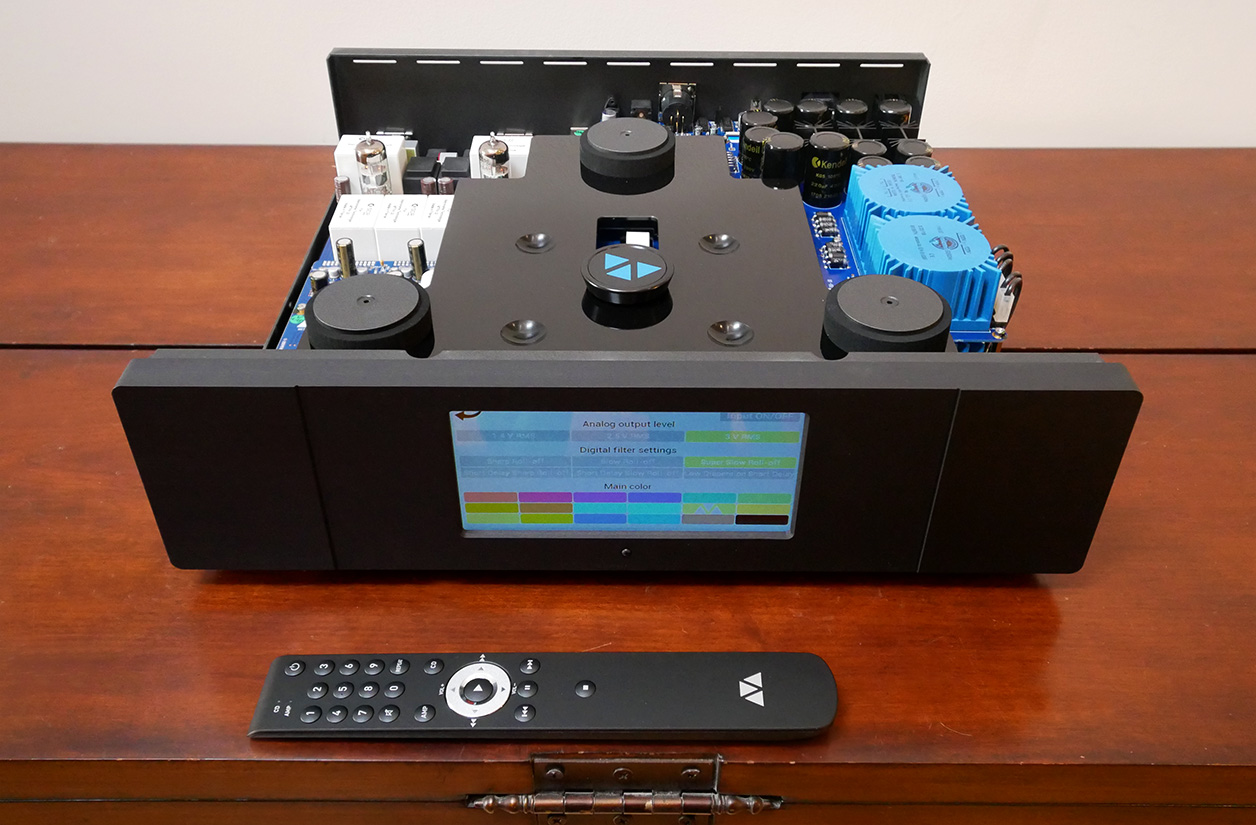 The first thing to strike the eye would surely be the shiny black 'helipad' for the discs. It's supported on three massive rubberized pillars for effective decoupling from what the AQWO sits on. 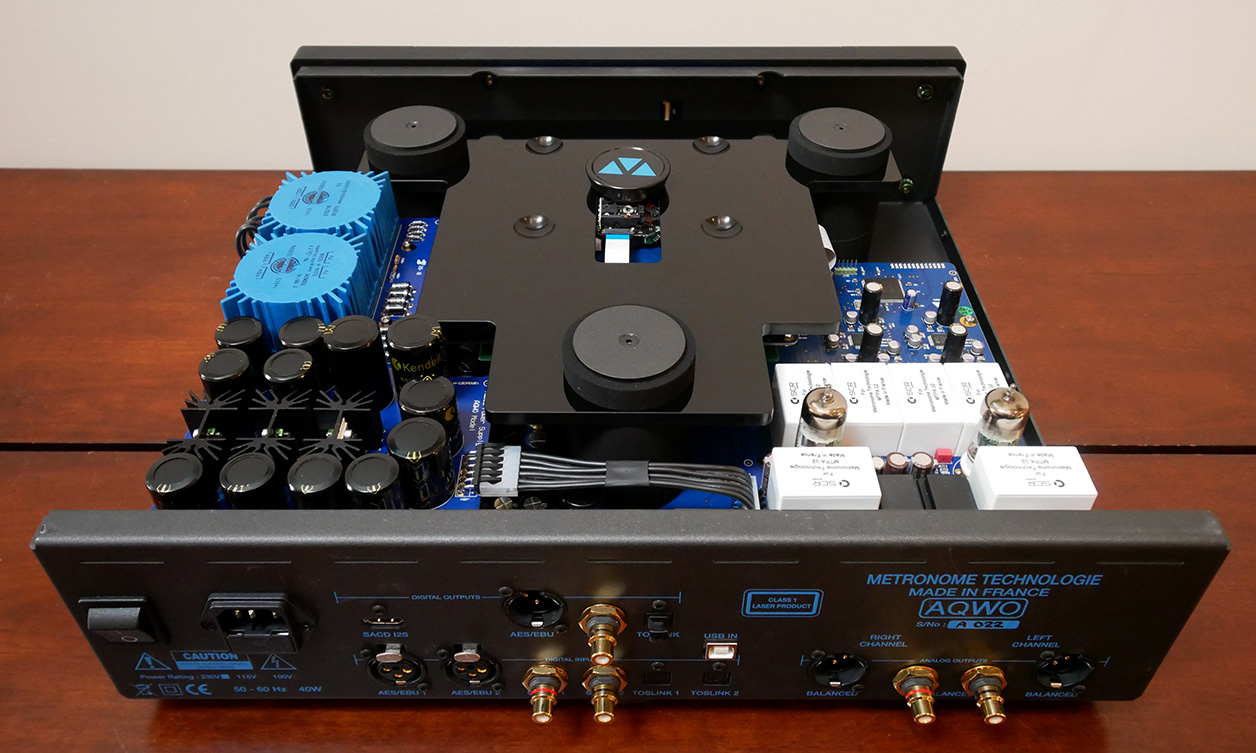 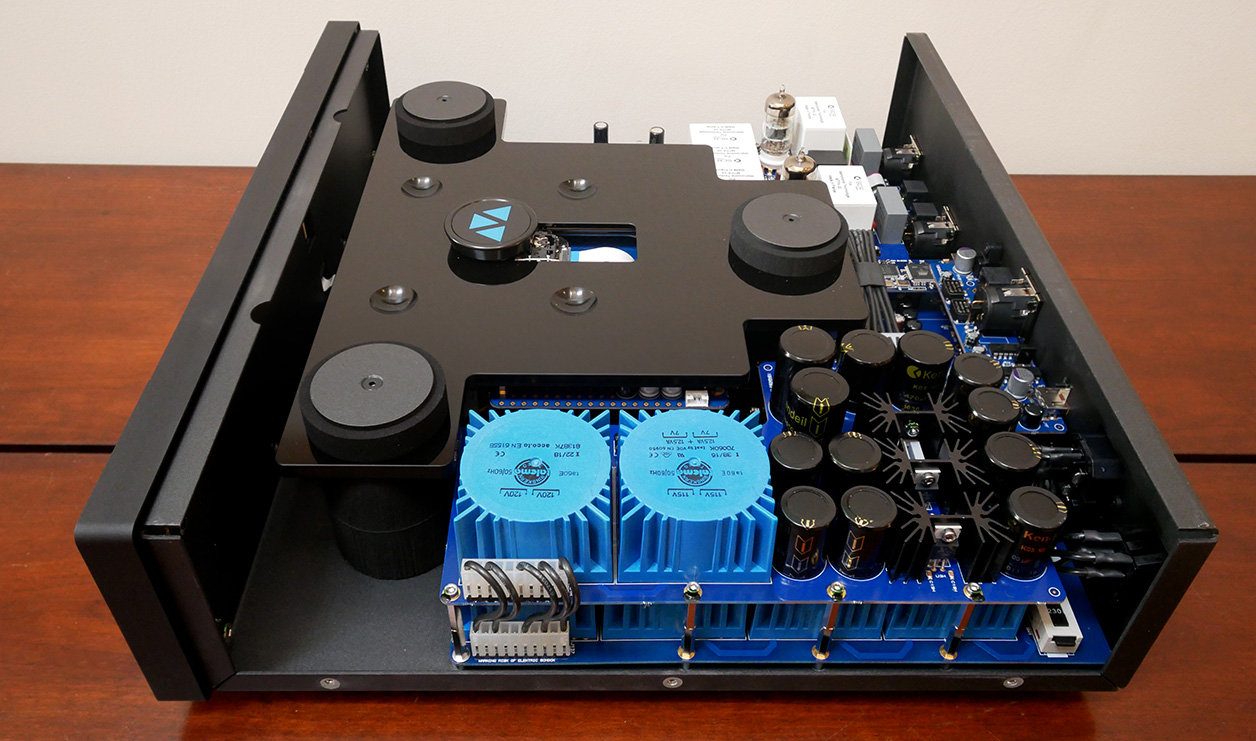 Here's a closer look at the tube buffer's triodes and adjacent D/A converter board. 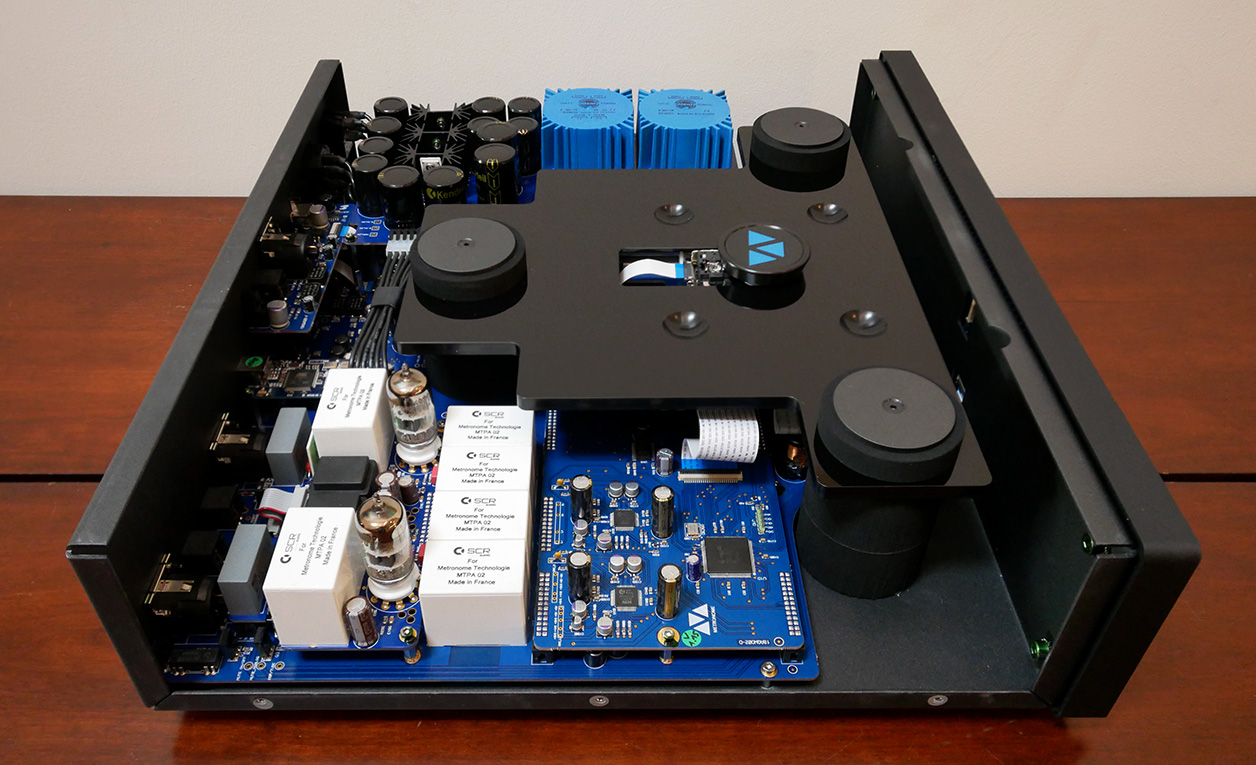