It didn't take more than a few swaps to get fully familiar with the two flavours. The understanding of what type dish the LV300B represented was no rocket science past the T100 experience. The 'bigger, bolder, thicker' approach might have fairly quickly morphed into the more impressive take early on. However, that sensation faded rapidly to make room for new facts from the Living Voice. To my ears, the two simply didn't play in the same league. When it came to flaunting brute force over muscular speakers like the Buchardt, the T100 with the right fare was able to extract every bit of bass slam I knew to be on my files. Here it had the upper hand to label the LV300B as being the slimmer and calmer. But the Brits scored higher on palpability, moisture, an organic presentation with textural generosity and that pleasant elasticity which I started to miss with the T100 rather soon. 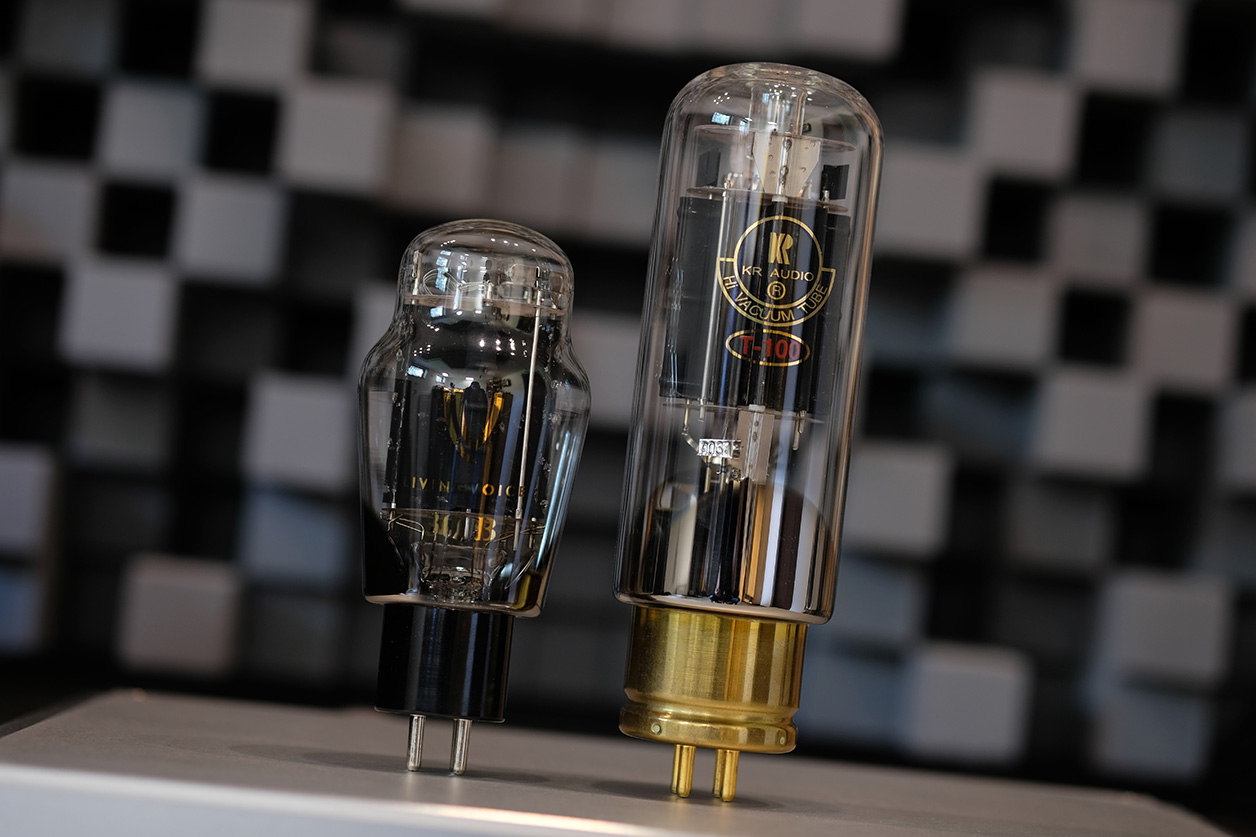 The smaller DHT moved plenty of air in my room yet did so more artfully. It operated with less dynamic potency yet extracted more quality from what it had. The T100 went big and powerful to gain fewer points on refinement and to in effect reverse the quality-to-quantity ratio. The T100 were also noisier and coarser which caught me off guard and explained many things. The LV's upper end was of a finer grade, so both more explicit, smooth, differentiated and less icy. The more I investigated, the more obvious it became how all this was due to this tube's darker backdrop which—as it usually is with power components—translated into a more effortless extraction of nuances. This 300B also injected a greater amount of air into its musical landscapes to set apart all virtual sound sources more explicitly. They presented less closely, neither diluted nor held together by too much virtual glue. They were sculpted more precisely and filled with a blend of finer pigments. This led to a performance that was quieter or of less expansive dynamic range at first but past short acclimatization also produced undeniably more insight hence was audibly superior.

To my ears, true sophistication is never extreme or forceful in any way. Instead it is structurally balanced and complex. Instead of being released all at once, this particular quality tends to emerge over time. It thus grows on a listener and its more elusive qualities are easily missed during a quickie audition. The flashier more 'wow' factor KR Audio T100 at first can register as the more impressive and easier to appreciate. However, trained ears will quickly hear beyond its early flamboyance and that's when things start to get interesting. Just like top-shelf aged wine, the LV300B brought to the table multiple colours blended seamlessly and distinctive enough to introduce that unmistakable rich flavor profile finished off with a superb lingering aftertaste that was always subtle in the action. All emotions which followed not only kicked in naturally but apparent enough to my fairly developed palette to have me notice that something very special and exquisite took place. This I just didn't get with the T100 to the same degree. It became one of the fundamental differences between the two contestants once everything else was put aside. The LV300B made my musical intake more pleasant on a primary level and the last time I had a very similar response was during my time with the Bakoon AMP-13R. It might take some time to fully grasp and appreciate quality at a level this high but once mapped and imprinted, it just won't go away. It's been several months since the Bakoon's departure yet I still miss it and most likely the LV300B will land in a very similar place if not the same. 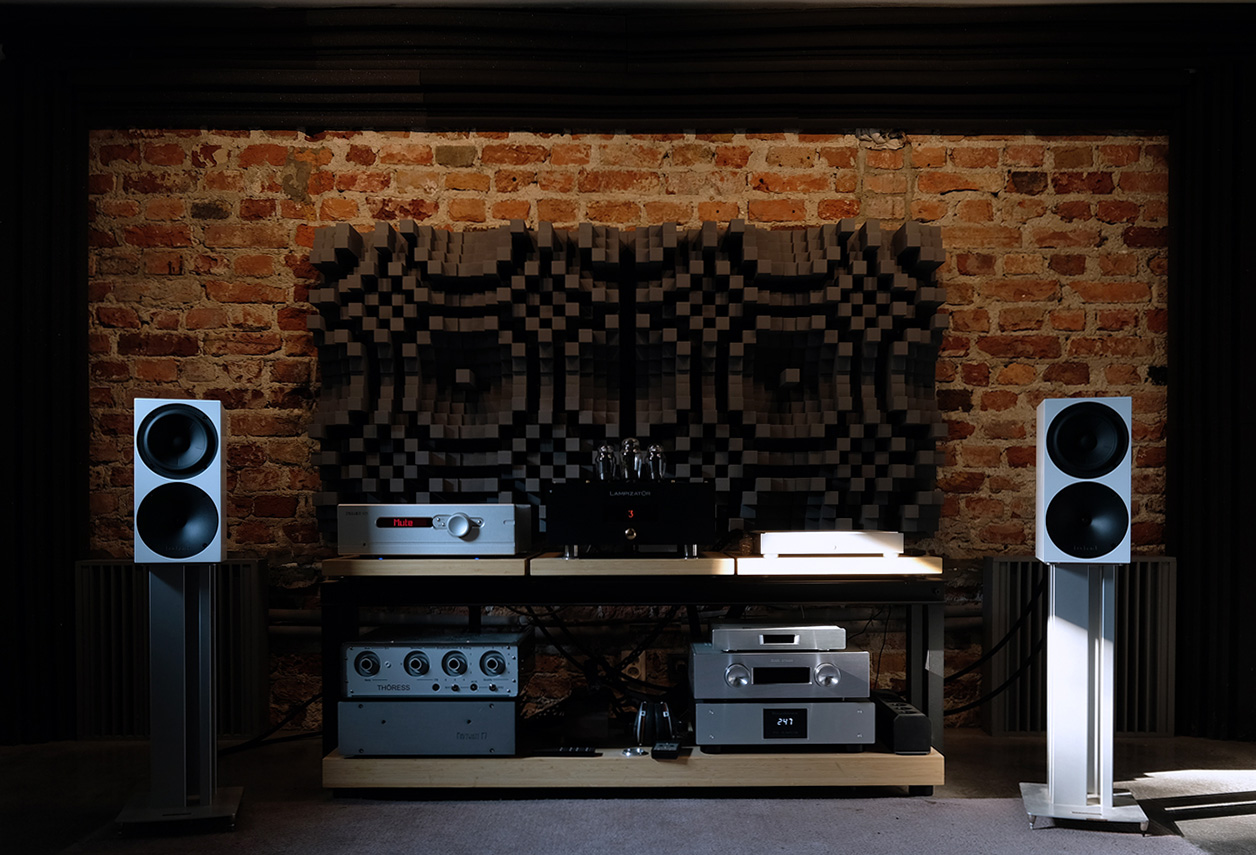 At this point the T100 might seem not as good and on several counts that's indeed how this comparison shook out. The Brit's calmer, gentler, more subtle and euphonic, cleaner and more refined voicing scored more points whilst landing behind the T100 on sheer slam and scale. Considering how finely balanced the LV300B is, further adjustments in any direction would likely overdo it. But realistically speaking, the audio game isn't about basic black and white as Srajan put it in his intro. Today's match wasn't, either. The Living Voice 300B emerged as my top pick for my LampizatOr Pacific DAC and the T100 secured the not shabby second spot. Still, valves this different remain situational. Thus both landed more or less the same usage time whilst the choice between them narrowed down to the music I was into at the moment. The T100 satisfied my cravings for vast musical landscapes slamming their way home which is a surprisingly large chunk of my daily playlist. The LV300B handled acoustic instruments, vocals and everything else with more finesse than raw power. Most importantly, I had a blast with both.

If I had to rate today's contestants in numbers, the LV300B would net 9/10 and a solid 7.5/10 would land on the T100's account. Still, to own both and shift between each according to mood and hardware I should view as my most ideal personal scenario.