A closer look at the standby switch and top cover revealed… 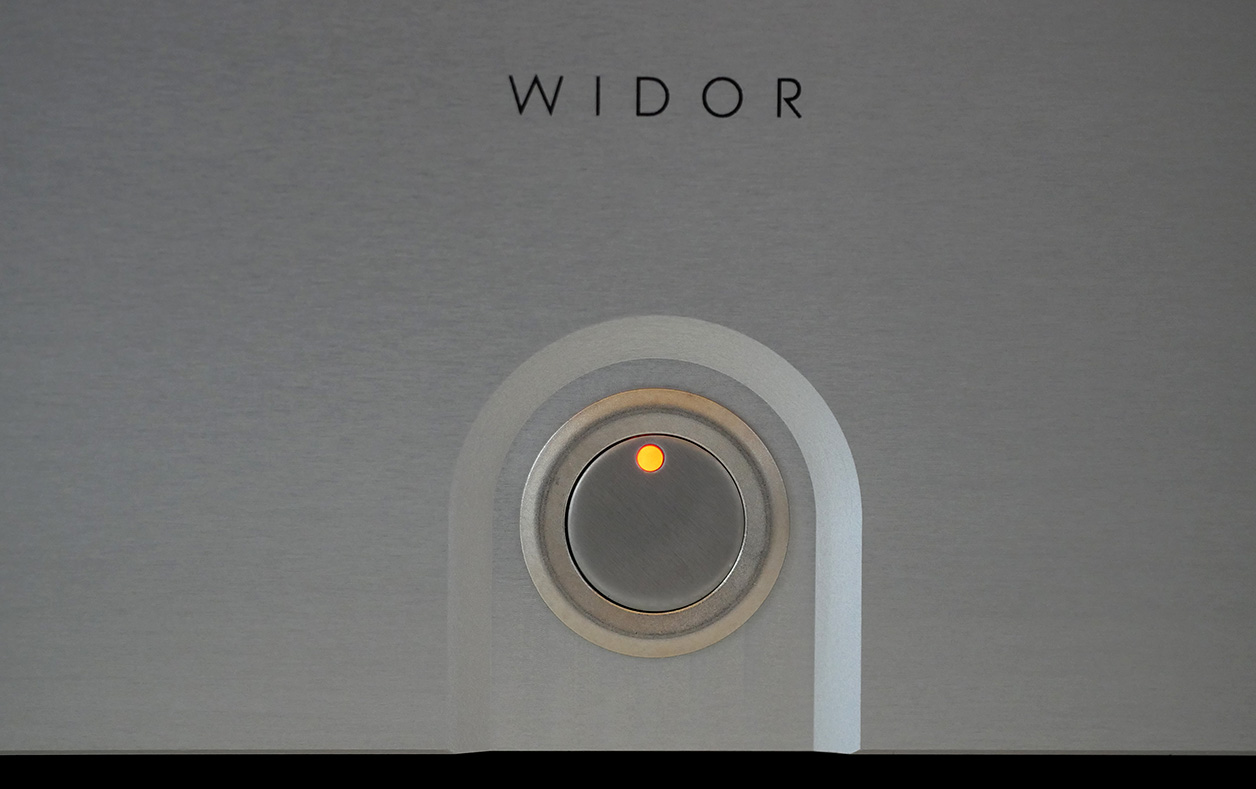 … very fine texturing visible only to a macro lens with very restricted depth of field. As befit its sticker, Widor was dressed in modestly styled but fine threads. 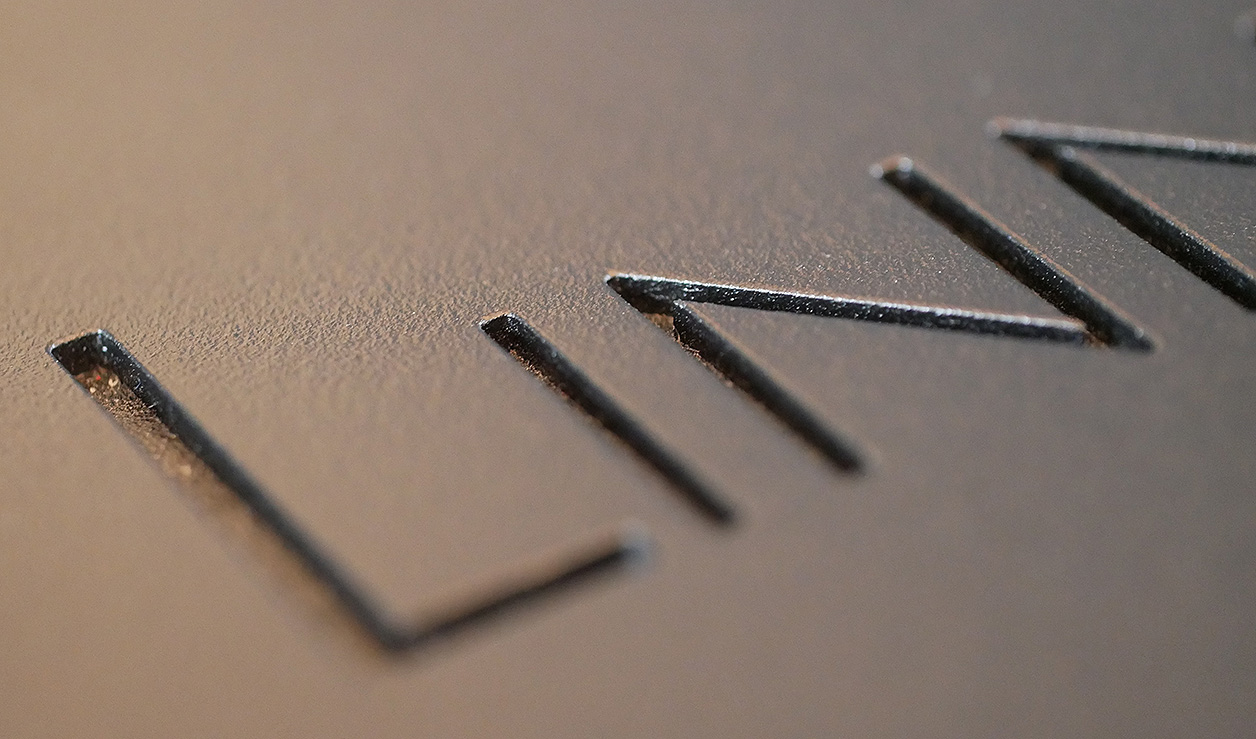 On size, one Widor chassis would contain about three Liszt. Unlike the compact monos with their small heat sinks, LinnenberG left behind the world of petite to hit more regular turf with Widor. But as before, Ivo wasted no money on unnecessarily thick case work which does nothing for the sound. On that count, Widor remains honest working class. It's a sound apparatus, not ode to metalurgy to tickle an oligarch. After first flicking the power mains on the rear, then pushing in the frontal standby button, a chunky relay kicks in, then the power indicator blinks red for a few second before going solid. And without any noise, hum or mechanical vibrations, now for Herr Widor it is steady he goes.

Not owning any Herculean loads, the Audio Physic 4-way Codex with their hidden 10-inch woofer were the worst I could do. Our Liszt siblings stood by for the inevitable comparison. Upstream, our music iMac fed Soundaware's D300Ref .aiff via USB. Reclocked and dejittered, that signal or its equivalent file straight off the D300Ref's SD card reader transmitted as native I²S down six lines via HDMI to hit the Denafrips Terminator DAC as parallel music, word and bit clock data. Alternately, a Jay's Audio transport did the same for CD. Either way, things continued balanced into Wyred4Sound's STP-SE2 Stage II linestage with a full loom of Allnic Audio ZL3000 cable.

Widor vs. Liszt. All three amps were powered up for an hour to eliminate the warm-up variable. After about an hour of obligatory swapping, I already knew that for our system, my instinctive decision for the Liszt monos had been right. Widor did act like the more potent amplifier. With our speakers who sing their Germanic hearts out on 25 class A Pass watts, behaving more powerful just wasn't necessarily the—or at least not my—thing. Have you ever stuck a luxurious woollen shirt thoughtlessly in the dryer when you should have just hung it up on a line to slowly dry by itself in the air? The sonic upshot is not about overall shrinkage and how you had to subsequently hand down your treasured Navajo shirt to someone smaller. The sonic point is how the wool's finely knitted weave compacted; how its fibres clumped up to texturally approach felt. The little holes which let the air through and your skin breathe closed up. The shirt's lovely pliability thickened up to become stiffer and more like a rain-proof coat. 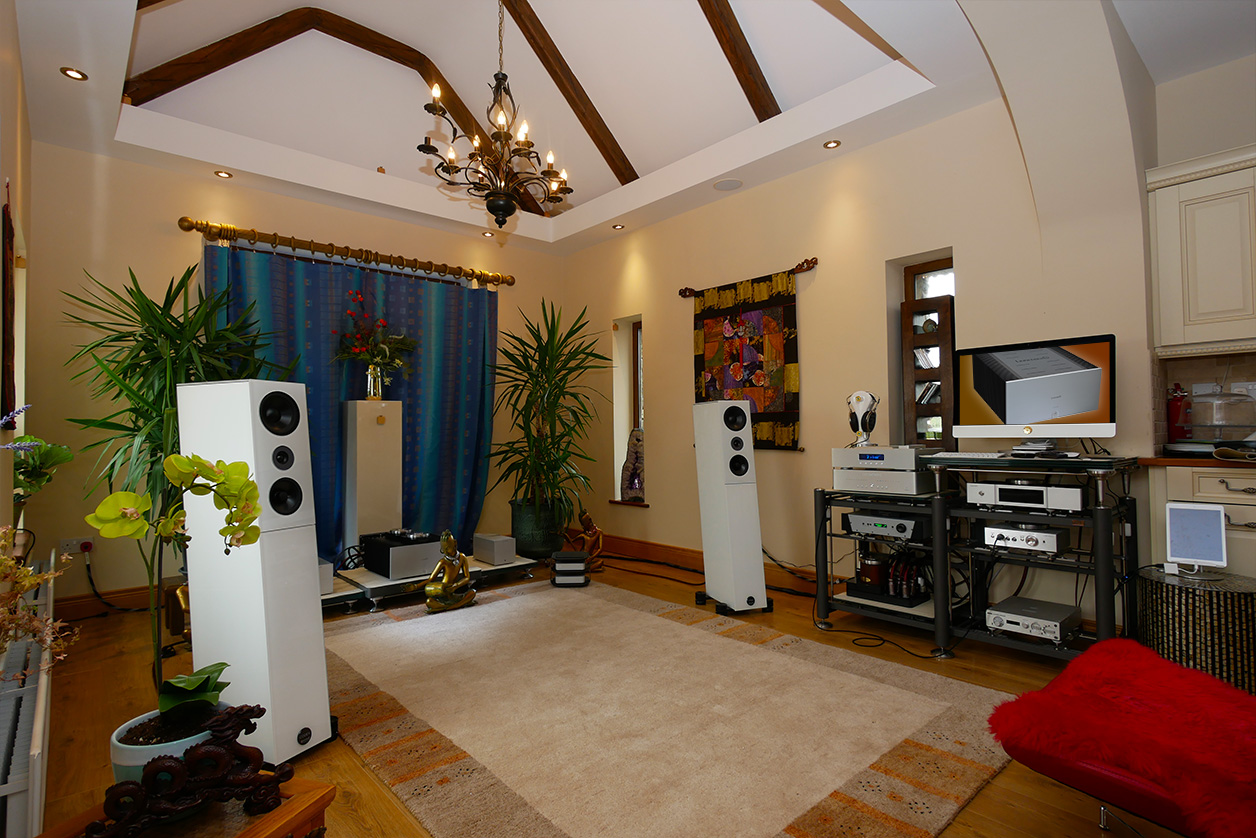 Widor too sounded thicker, less elastic, less finely articulated and walk-about resolved. The Liszts' dimensional sculpting of vocals—that front-to-back relief not relative to other sounds but to themselves—was less keen. To my ears, the increase of power and the raw parts count to make it so had lowered overall transparency and with it, insight. Sight can happen from the outside to really make it onsight. Alternately, our perception can be that we virtually see/comprehend complex layered fare from the inside out. That's where Liszt had the advantage. With it, it was the more adroit, refined and quick. It was the sportier higher-revving engine. Of course power-appreciative Magneplanars, mbl omnis or inefficient Mark & Daniel compacts with their extreme excursion mid/woofers would have turned quick tables on such an assessment. My sensibilities simply don't see eye to eye with owning such loads only to buy into their demands for high-power amplification. Achieving brute power is relatively easy and with much class D not even expensive. Achieving high power that is as lucid and refined as a simpler circuitry with fewer parts isn't. Widor clearly was far from a brute. It was actually surprising how close it came in a context which obviously played against it. But given that contrarious scenario, I heard no compelling evidence to spend double only to book setbacks in areas like airiness, resolution and suchness where the Liszt excels. Had I felt short on body and density, Widor's contributions would have factored different. But our new Denafrips Terminator DAC already excels at those aspects to forward to our compact Liszt bricks a signal properly 'preconditioned' on these counts.