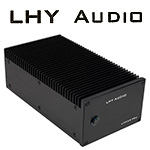 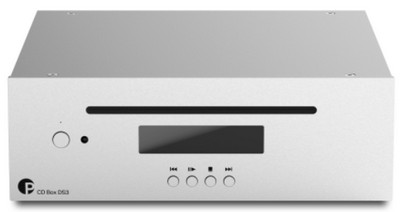 600+. That's twice as many Spartans and what Jay's Audio have already sold in outboard linear power under the LHY Audio flag. Its three letters are from the Chinese word laohu yu for tigerfish [Goliath¹ version above]. The brand itself is a subsidiary of Jay's. With it they upgrade more basic switchers. You know the kind. As wall warts or laptop bricks, they hang off small phono stages, USB decrapifiers, network switches, reclockers, NUCs, NAS, entry-level DACs, CDTs and what for power draw are other low-hanging fruitarians with DC inputs. For example, Pro-Ject's CD Box DS3 at right needs just 18V/1A DC. But not all such kit is frugal. Some is rather more demanding. High-maintenance mini divas. It's why LHY offer four VA ratings. That's short not for Veterans Affairs but our buds Volts and Amperes. Today's LPS160VA can be configured for dual outputs of 5, 9, 12, 19 or 24VDC. The obvious proviso is to not exceed what our friends VxA can muster as they combine forces. 24V/6A for example already sucks up 24 x 6 = 144VA. That leaves just enough go juice for a secondary 5V/2A feed. For different active monitors, I needed a single 24V/5A spur. Jay's main man Vincent Ong of Beatechnik said no problem. I love such replies. Incidentally, few brands that offer rather higher-priced external linear supplies make any that can be taken to 30V/5A like today's. In this genre the 160VA is more goliath than guppy. Competing brands include Antipodes, ferrum, JCAT, Keces, Pachanko, Plixir and Sean Jacobs. Obvious consideration is an attractive cost ratio of add-on PSU to original component. Bolting a €2'500 supply to an €800 DAC will strike most as imbalanced. That's even though in many components, the internal power supply's cost footprint could easily represent 75% of the entire circuit, enclosure excluded.
__________________________

¹ "The Goliath Tigerfish (hydrocynus goliath) is the largest of a species of vicious predators boasting prominent dagger-like teeth. This fish enjoys excellent eyesight and can feel low-frequency vibrations emitted by its prey. It is strong enough to attack a 66lbs catfish and cut it in half. The largest recorded specimen was almost 2m long and weighed more than 50kg (from Fishing Planet)."

Inside the LHY sits an AC noise filter with Rifa suppression caps, a Talema/Noratel 160VA toroidal transformer, a high-speed rectifier with Rifa 0.1µf bypass cap, multiple Rubycon reservoir capacitors, Phillips 1% precision resistors, Panasonic FC decoupling caps, Mexican inductors, an Analog Devices OP177 opamp for voltage-error feedback compensation and finally a Toshiba power transistor. The entire 14x9x26cm WxHxD, 5mm thick and 4.5kg heavy aluminium chassis doubles as heatsink in support of the hedgehog top. Included in your delivery will be a 0.8m umbilical with 2.1mm or 2.5mm plug. And that's all the hardware fairy said on the matter. It's plug 'n' play 'n' forget; if not necessarily in said sequence. Tired old men could plug but forget to play? 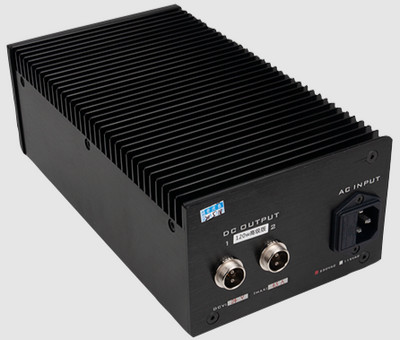 It's why some gardeners are young, very handsome and always ready to mow a lawn. Elsewhere postmen ring twice. Reality. Sometimes it bites. Reality for superior power quality is lower impedance, less noise, more current, faster recovery and as a result, superior sound. So bite me I say; pretty please. And yes, unlike ferrum's €995 celebrated Hypsos, today's black box is fixed to the DC output value/s you pick upon order time. On this $598 bill, changing your mind after the fact isn't included. It's why the LHY² range goes four deep. You only buy what you need. Why spend deep when that's just 12V/2A? Get the $168 LPS25VA instead. If you need 19V/4A for two components, today's LPS160VA is the ticket. Sense and sensibility. It's not just a Jane Austin novel.

To test the LPS160VA, I had Ancient Audio's Vintage Horten D active monitors on review. As part of my ever-rotating hifi inventory, I also had Fram Audio's Midi 120 and 150. All come with the same 24V/5A laptop-style switching power brick. Before today's subtext promotes hifi racism—that all switch-mode supplies suck and linear variants are superior by design—companies like AGD, Chord, Crayon, Daniel Hertz under Mark Levinson the man, Manley, Mola-Mola, Nagra, Linnenberg and many others use custom-designed SMPS to great success. They swear by their absence of 50/60Hz line noise and prefer their smaller size and lower heat. The type of SMPS we aim at today is a cost/convenience item. It keeps a component smaller then adds a wall wart from one of many such Chinese parts catalogues. Presto, less R&D time and component complexity. That means lower build costs which mean a lower sell price. Everyone is happy.

A LHY-type upgrade is for tweakier customers who can pay more. Demand generates supply. Sometimes that supply is a power supply. Sometimes it even goes inside a component. Clones Audio offer those for Oppo and Pioneer universal players and Jeff Rowland's Capri preamp. Today's simply plugs in from the outside. What could be easier? Only knowing to delete this type email: "I have an urgent business proposal to discuss with you. Kindly revert if you are interested and thrustworthy. – CPT. Irvine J Kim, Us Army." Meanwhile a 12-month warranty and free worldwide shipping are perfectly legit for our review subject. Let's find out how thrustworthy it is sonically; and whether it should join the Us, You or I army of hifi hardware. Relative to that earlier cost ratio, my active speaker mates were €2.5K/pr, €3K and €4K. Most buyers should consider the $600 LHY a fiscally fine match with all of them.
__________________________

² For some geekiness, LHY also means Late Elongated Hypocotyl. It's an oscillating gene whereby plants regulate their circadian clock to track the sun's light/dark cycles. "LHY encodes components of mutually regulatory negative feedback loops with Circadian Clock Associated 1. Overexpression of either results in damping both their expressions. This negative feedback loop affects the rhythmicity of multiple outputs creating a daytime protein complex. LHY was one of the first genes identified in the plant clock…" And there we thought that nested negative feedback loops were peculiar to hifi. Not. Plants use them as well, just in chemistry. 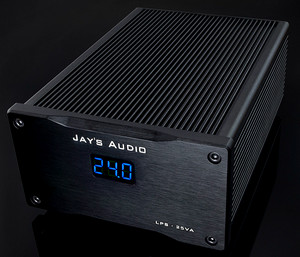 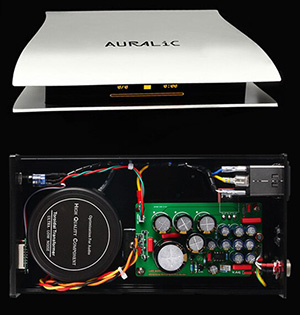 For more geek intel, in 2015 before Vinshine Audio was so busy with Denafrips and Kinki Studio as to move Jay's Audio over to Beatechnik for full-time support, Alvin was involved with this LPS80VA. So it sold under his own banner. As to clones, Vincent Ong acknowledged that in China today, theirs are widely copied. In the East it's still the Wild West. The models Beatechnik sell are designed and made by Jay's Audio.

"Products sold from unauthorized sources like eBay/AliExpress do not carry Jay's warranty. We cannot guarantee product origin, whether it's been previously used, was refurbished or is an outright counterfeit³. The product may not be as described and/or perform as listed."

On history, "in the past Jay Ho branded all of his products Jay's Audio. Alvin already knew him a decade ago when Jay's only had the smaller LPS 25VA. Alvin then collaborated with Jay to OEM the LPS 80VA. In 2019 Jay decided to rebrand his power supplies and accessories like Ethernet switches and an OCXO masterclock to LHY Audio. This separates the product lines into Jay's Audio for high-end CDTs and DACs; and LHY Audio for accessories and tweaks."

Perfectly sensible. It tells us that at right we see a pre 2019 version. In the Auralic streamer we see a very typical product whose performance may be elevated with a low-noise analog power supply. When you order from Beatechnik, they need to know whether you want a 2.1mm, 2.5mm or non-standard plug for the umbilical. After checking with Ancient Audio, I asked for 2.5mm. I was ready to reel in this tigerfish. I'd previously tried ferrum's Hypsos on our Fram actives before that power supply returned to Poland. I thus knew of some headroom beyond the speakers' standard SMPS. Time to revisit that zone with the 160VA and explore the new Ancients. 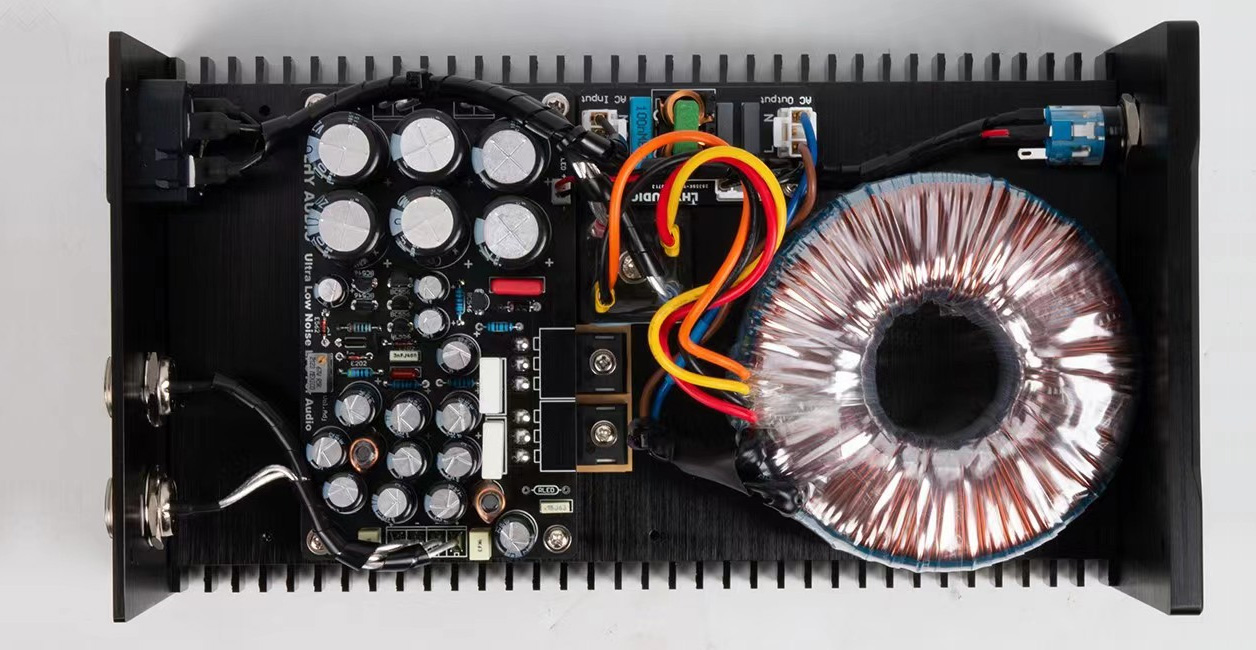 ³ May 7th, 2022 from CNN: "Customs officers in Indianapolis seized over $10'000'000 in counterfeit Rolex watches on April 27 and 29. Both shipments originated in Hong Kong and were destined for Brooklyn, New York. The April 27 shipment contained 300 counterfeit Rolex watches, the April 29 shipment 160. "No one buys a luxury brand watch expecting it to fail or fall apart," LaFonda Sutton-Burke, CBP's Chicago director of field operations, said in the news release"." Counterfeits aren't limited to Swiss watches. Audio has its own. Buy from unauthorized resellers and risk an inferior product.