For my review, a fidata HFAS-S10U handled storage plus transport duties, a LampizatOr Pacific DAC took care of conversion. From there the signal traveled to either a Kinki Studio EX-M1 / Boenicke W8 combo or Bakoon AMP-13R / soundkaos Libération alternate. The Amber-modified Audiomica Laboratory Celes Excellence cable of the same length was the main comparator. Although mentioned in past reviews, the matter of my reference loom needs revisiting. The entire Polish Excellence family was deliberately designed to work with transmission-line loaded widebanders of high efficiency. Such speakers favour valve amps of low power and little damping and in general benefit from added tonal mass, roundness and substance.

Cables can inject these qualities and the Amber mods amplify the core effect of these wires even further. With this review's intro in mind, we appreciate that the Polish option alters reality by deliberately shaping it to be denser, rounder and softer. This is a very obvious character enhancement and as such, not neutral. After more than a year of almost constant use, I came to know the Amber-modded Excellence range very well. Recently its power cords battled the LessLoss C-MARC cords which helped me understand our local cords even better. They revealed their character very explicitly by contrast. There was no guesswork. The difference was severe. To summarize briefly, the general voicing and quality gap between them was broad and the Lithuanians were on many counts simply superior – smoother, quieter, more organic and so forth.

At this point it's easy for me to predict scenarios where the Excellence loom would be most synergistic – with thin, glassy, overly shiny, soulless and nervous setups. But where sheer refinement goes, the LessLoss cords have the edge. I now expected a similar outcome but this time had more toys to play with. The big open-baffle soundkaos Libération dipoles from Martin Gateley along with Bakoon's AMP-13R proved to be far more revealing than my reference integrated amps with Sven Boenicke's petite floorstanders. That's why I expected that swapping speaker cables would be even more audible than my previous power cord swaps had been.

Not initially. Compared to the power cords, today's C-MARC didn't have the same or even similar impact. Its presence was more subdued which also held true for the Excellence equivalents. I should have seen this coming of course. After all, power delivery items including cords, conditioners, filters and DC blockers have always been the most potent tweaks for me. What's more, in this particular room, the dedicated audio power spur is audibly superior to its generic alternate. 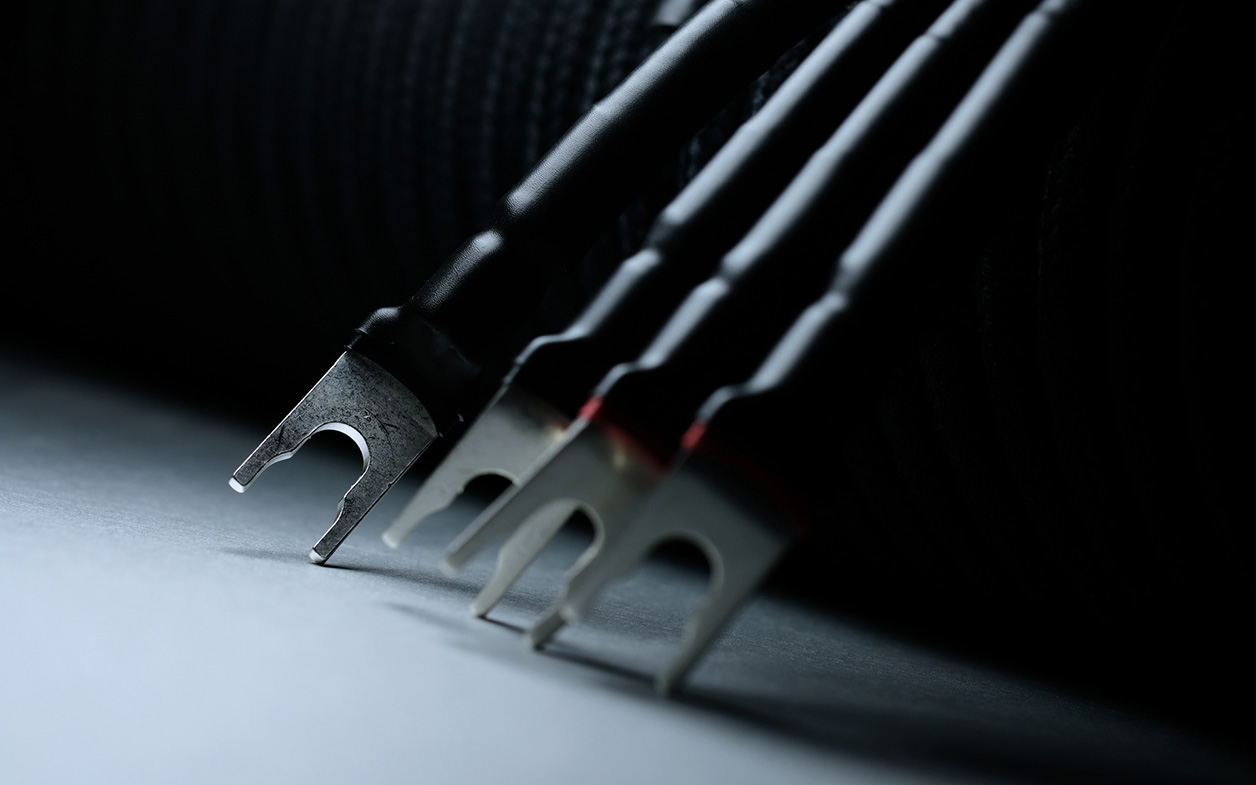 Which doesn't imply that rolling speaker cables wouldn't be worthwhile. Though lower on the priority ladder, they still impact sonics quite audibly and the Excellence/C-MARC swaps proved this out. Team Poland was chunkier, softer, slightly constricted on soundstage width and of limited treble reach. It also sketched bigger vocals and elevated the upper bass to occasionally make the W8 boomy. Team Lithuania was less veiled, more sorted, cleaner, more lively, nuanced, subtle and delicate. It did far better on detail retrieval and sounded clearer yet not at all artificial.

The LessLoss leads acted less intense at first to reveal their character as mostly a non-character. They provided far more sophistication without the heavy editorializing of the Excellence. They remained more faithful to my speakers which I thoroughly enjoyed and appreciated. It's interesting how cables can grow on you. What I had earlier viewed as the more explicit and attractive personality of the Excellence eventually morphed into a perception of rather serious colourations. The calmer more gentle less impactful approach of C-MARC became its core virtue which was additionally sprinkled with more finesse.