Spade or banana termination upon demand

"LessLoss are going to disrupt one of the largest-margin, complicated and bulky aspects of the audio business. We've come up with a way to connect a small set of devices to your speaker terminals which, for little money, opens the doorway to completely new performance. Results are comparable to if not better than upgrading your speaker's tweeter, its capacitors or internal wiring. But you won't tinker with any of it. What you get by using this small device is:

• much better focus. Did somebody switch out the tweeter to a much more expensive model?
• much less 'fog' in the soundstage. Did somebody replace the internal acoustic damping material?
• pure sonic colors. Did somebody redesign the crossover for improved inter-driver impulse response?
• meticulous bass control. Has the woofer's moving mass been halved?

"The new Firewall for Loudspeakers are four separate units. Each has a speaker terminal which accepts a banana or spade from your existing speaker cable. The terminal houses in a wood enclosure smaller than our existing Firewall 64X for power. From here a short highly flexible C-MARC cable umbilical extends to either banana or spade. This connects directly to your speaker terminal. One set consist of one unit for left positive, one for left negative, one for right positive, one for right negative." As company boss Louis Motek put it, "we were so inundated with pre-orders, it was incredible. We're still working on the tail end of completing all orders. This is our most labor-intensive product to date. Even against the 18 hours it takes to make a single C-MARC power cable, a set of four Firewall for Loudspeakers takes even longer due to the many procedures and processes involved. What began as a novel idea about filtering by exploiting the naturally occurring skin effect of current running through a wire has been expanded upon many times since its inception. Today we're in fact using field structuring around the conductor in unique ways. The Firewall 64X is our proprietary technology based on precisely positioned directional metallic particles within a thermoplastic carrier. This becomes a kind of micro transformer, ferrite-core filter or directional set of A/C diodes."

"Core production with lasers is carried out in a certified specialty lab by men in hazmat suits. The process is called direct metal laser sintering or laser powder bed fusion. It's an additive manufacturing technique where a high power-density laser melts and fuses metallic powders into solid three-dimensional parts. Since these are built up layer by layer, it's possible to design organic geometries, internal features and challenging passages that couldn't be cast or machined. Our solutions are so uncommon that even the 3D laser production guys had to produce at least 80 prototypes before they mastered repeatability, precision, scale plus visible and non-visible surface demands. They use the most advanced software like Solidworks to slice our 3D CAD file data into many ~20 micrometer thick layers. These thin layers are selectively smelted by laser in a tightly controlled atmosphere of argon gas. Oxygen levels must be kept lower than 500ppm to prevent explosion. The high-power ytterbium-fiber laser beam is hundreds of watts strong, thus intense enough to permit full welding of particles into solid metal without creating a porous internal structure." "This product is not about what the amp sees as impedance or load. It's not a Zobel network or other invasive tech. What the speaker does with the amp remains absolutely unchanged. Electrically, the amp sees 16mm² pure copper of conductivity that's much higher than most speaker cables, certainly more than any internal wiring. So there's no dynamic compression. Our copper sourcing and in-house processing avoid any tension or force other than what's specific to our design's polarity. Thus the negative and positive units are completely different from the very inception of their individual conductor materials. For the user, the device in its protective clear casing is strong enough to drive over with an industrial vacuum cleaner. To the signal, the conductive guts are far softer than soft-annealed copper." Equivalent Firewall tech as built into the LessLoss Echo's End Original DAC from our review of it. 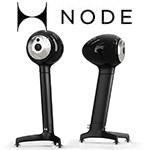 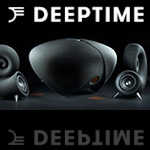 If you're still unclear what the Firewall for Loudspeakers is, let's call it a signal conditioner or inline noise filter. As to its industrial manufacturing process, we recently encountered something like it in actual loudspeakers, i.e. Node Audio's Hylixa whose triple-turn concentric transmission line was only possible by laser sintering an enclosure of glass and nylon one bead at a time. Likewise for the Czech Ionic System of Spirula and Thunderstone from DeepTime which 3D printed its enclosures from sand particles. When one has access to such advanced 3D printing, the standing limitations of machining in metal or wood are left behind. Needless to say, hiring time on such equipment and the personnel trained to use it don't come cheap. Add the very lengthy labor once the raw parts are delivered to LessLoss HQ. It explains why today's accessory set of four pieces demands a cool $1'656. The Firewall for Loudspeakers is the polar opposite of being cut off the spool, soldered and shrink-wrapped in a chop shop. Given how extremely soft the finned copper assemblies are, it should be more of a nightmare to get these bits sleeved in their protective cylinders without deforming them in the process. "Audiophile crazies at work" could be the warning sign posted at the door of LessLoss' production floor. But no matter how extravagant any tech exposé, it invariably ends in the same old question. "What does it sound like?"

I hadn't come across anything like it in my reviewing career before except, by hearsay only, the various bullets of Cap'n Bybee. So I hadn't the faintest of expectations on specific sonic benefits. To me this inline speaker filter was a blank spot on the audiophile concept map. High time to pencil it in now!